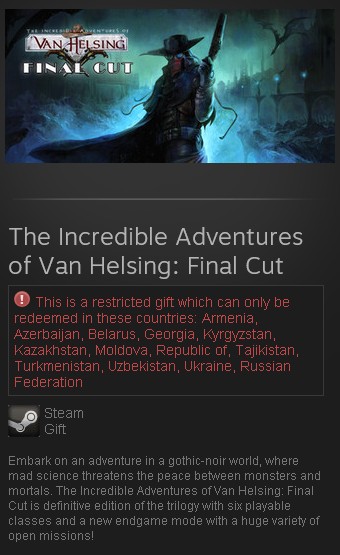 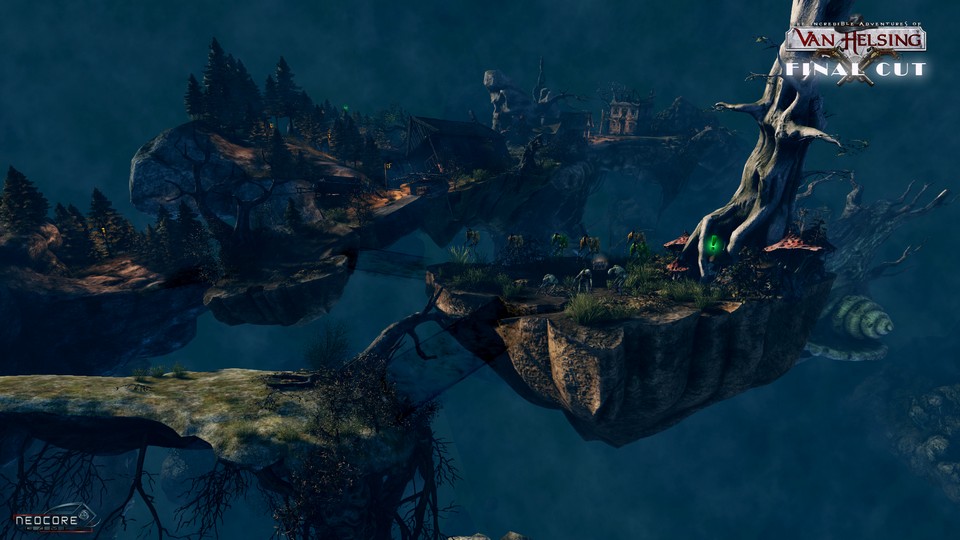 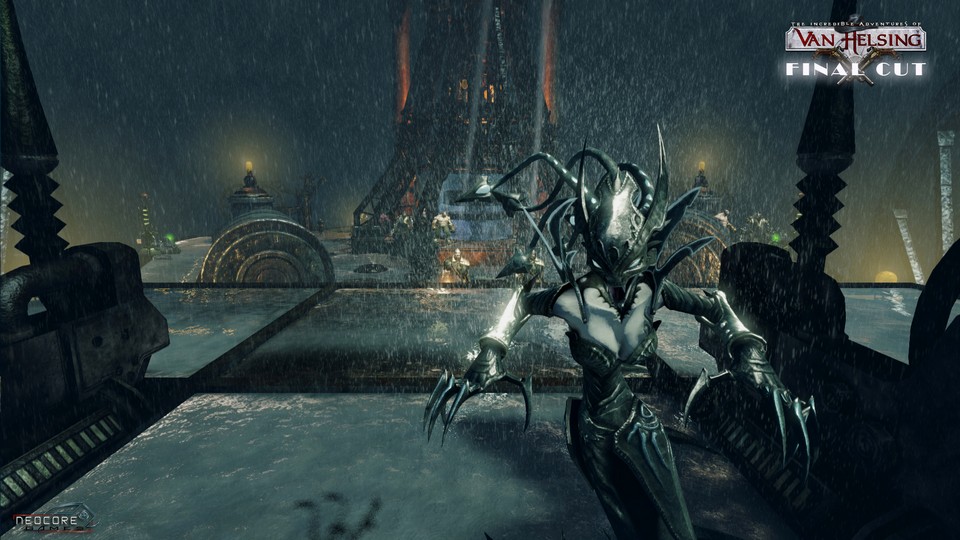 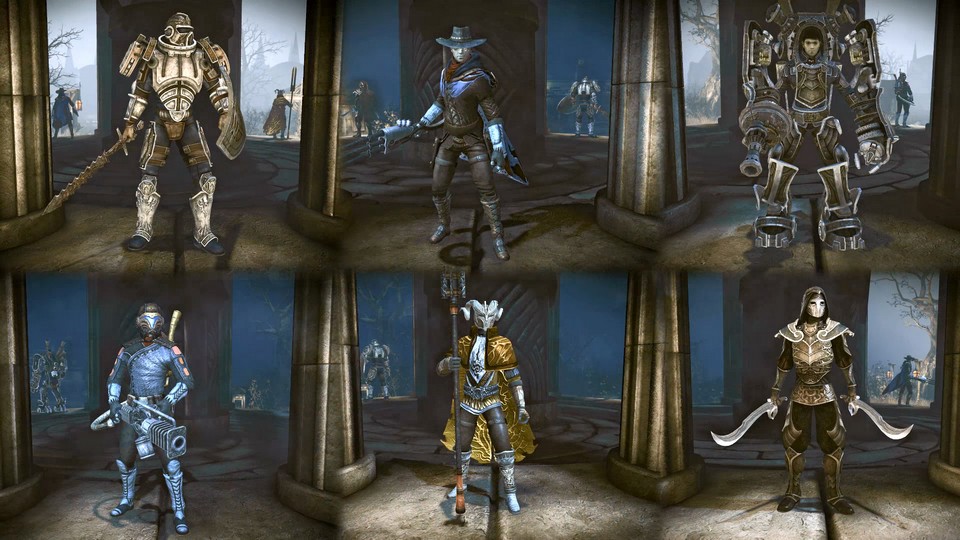 
About the game
Grab your weapons and embark on an incredible adventure in the gothic-noir world of Borgovia, where mad science threatens the peace between monsters and mortals. Save the day with your charming companion, Lady Katarina (who happens to be a ghost). Explore the wilderness and the grim districts of a metropolis twisted by weird science, and don’t forget: you might never know who the real monsters are! The Incredible Adventures of Van Helsing: Final Cut is the definite collection of three stand-alone episodes told as one continuous story, with six playable classes and a new endgame mode with a huge variety of open missions!

Enter a memorable gothic-noir universe – Explore Borgovia, the land of monsters, magic and weird science.
Over 50 hours gameplay in the campaign – Play through a refreshingly unique story, spiced up with wry humor and snappy dialogue.
Specialists needed! – Choose from six playable classes, each of them a specialist of the monster-hunting profession. Defeat your foes with steel and gun, master the art of weird science or take control over the forces of magic and shadows.
Huge variety of skills – The huge and complex skill tree, unique to each class, gives you a vast range of opportunities to make good use of your chosen class.
Action-packed adventures – Fight fierce battles against supernatural foes with diverse skills and abilities.
Rage system – You can charge up to three skill modifiers called PowerUps by spending Rage points collected from impressive feats.
Lady Katarina – Use the special abilities and tailor the skills of your remarkable follower.
Hunter’s Lair – Build and develop your hideout to stash collected loot, trade with non-playable characters, teleport between locations and forge new items.
Tower defense mini-game – With enemies invading in waves, you have the opportunity to defend your Lair and other strategic locations with deployable traps and several upgradable functions to ward off evil.
New level cap – Reach level 100 and evolve further in the endgame featuring a Glory system, rare items and two types of unique endgame currency.
Scenarios – Play scenario maps with randomly generated terrains, monsters, objectives and special conditions.
Never a dull day in Borgovia – Try the daily quests, challenges and weekly events that will give you new missions and long hours of entertainment after the campaign.
Multiplayer – Become the greatest monster slayer of all time while playing in one of the cooperative or PvP multiplayer modes (4-player co-op mode, Touchdown, Arena or Battle Royal).