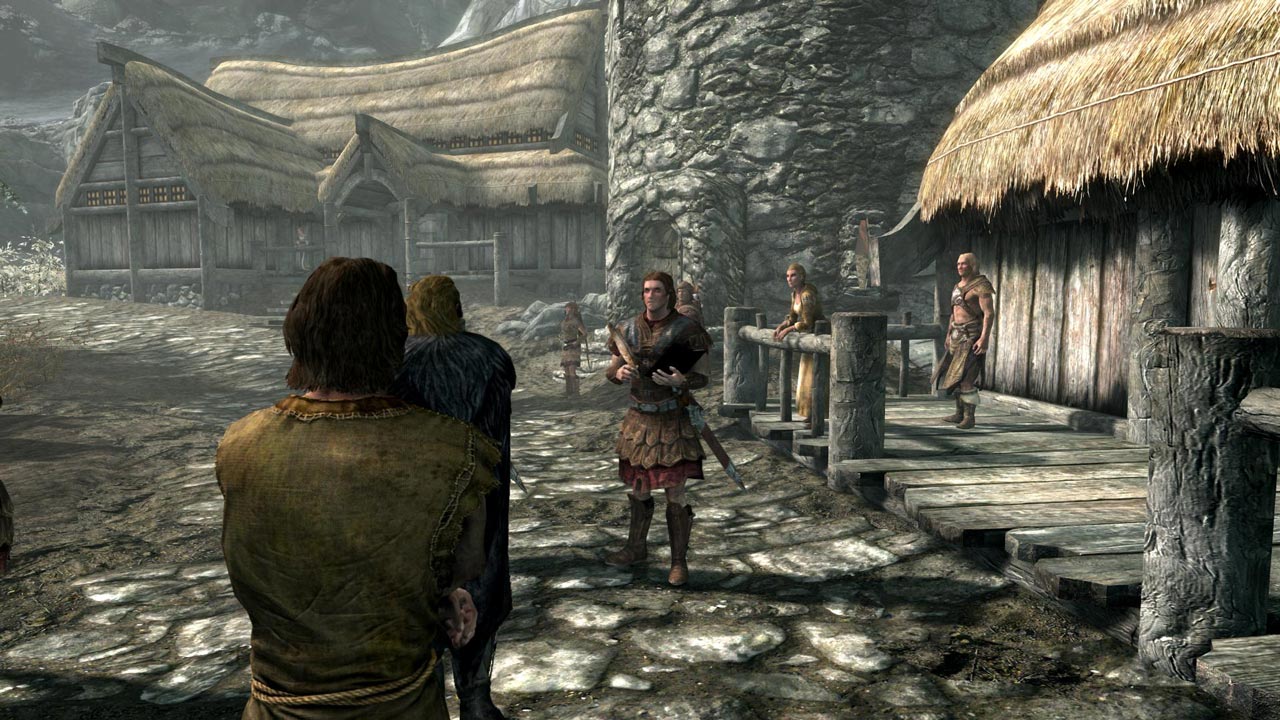 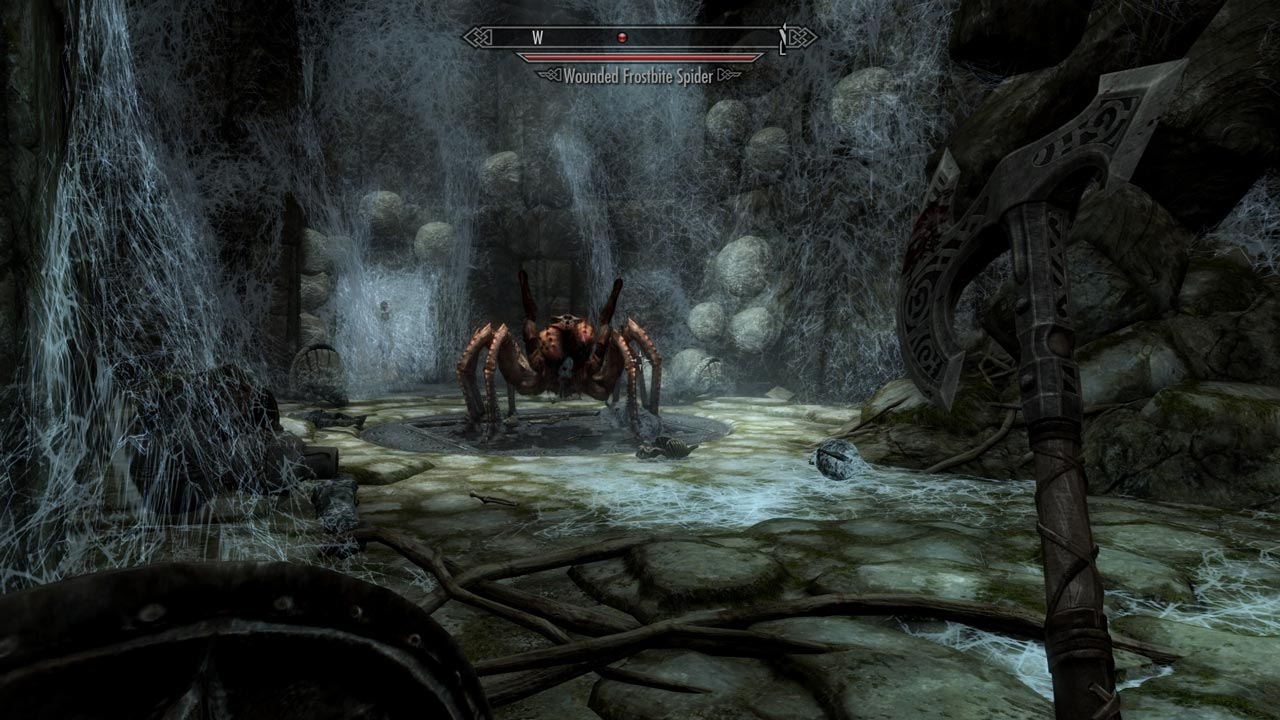 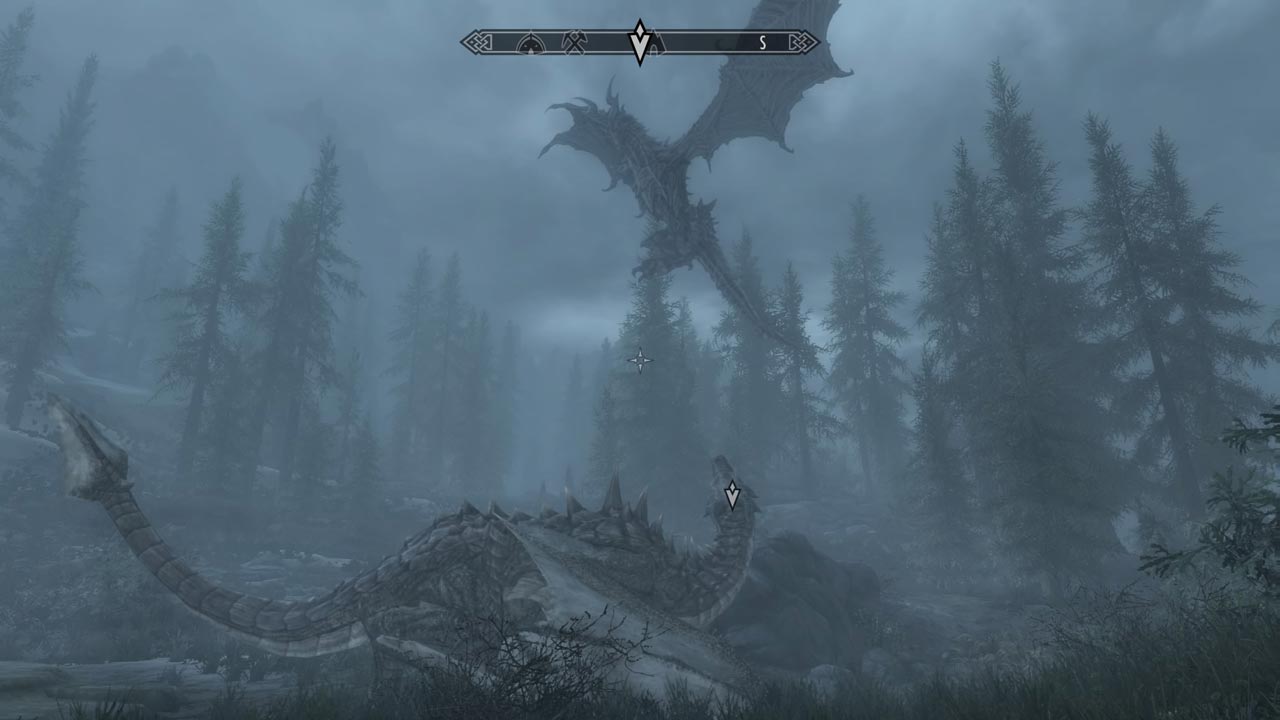 KEY FEATURES:
• First of all, the changed color scheme and a heap of new filters catch your eye. If the standard version of Skyrim mainly showed cool shades, muted and even faded tones with an abundance of gray, brown and white, then in the re-release everything played in bright colors. The new color scheme can hardly be called a drawback, but it may seem unusual to those who had previously not fundamentally installed mods and played in the standard version of the game
• In the re-release, they added high-resolution shadows, plus a beautiful God Rays effect appeared. As for textures and effects, there are no significant changes in this regard in the Special Edition. In the reprint, the authors added improved textures from the free official Skyrim High Resolution Pack add-on, which before that could be installed on the Steam version of the original. Everything looks good, but some textures still lack clarity.
• The same situation with the new water shaders. Beautiful waves appeared on the surface of the rivers, and clear reflections appeared in the water, but the shader is still not far from the ink opaque mass from the original Skyrim. The drawing distance has also slightly changed.
• Of the really significant changes, it is worth noting the significantly increased amount of vegetation. All kinds of mushrooms and flowers sprouted on the bare trails, and the forests look really dense thanks to the dense foliage. Pleased and prettier snow in the mountains. A special shader was put on it, so now the snow shimmers beautifully and glistens in the sun
• Bethesda ported Skyrim - Special Edition to a modified version of the Creation Engine, which was already used in Fallout 4. The new engine supports 64 bits, DirectX 11 became the main graphic API. The old version of the Creation Engine (the original Skyrim was released on it) had support for DirectX 9, and the bit capacity of the engine was 32 bits.
• The updated engine is faster and more stable. The size of used RAM is no longer limited to four gigabytes, and this is very good news for those who like to instruct a variety of mods, the total size of which is tens of gigabytes