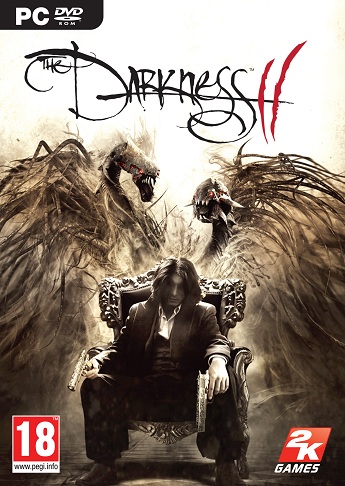 Quuqla information about the seller and his items
offlineAsk a question

If you pay this product, you instantly get a digital license key. Activate it can be in the system Steam.

Two years after the first part. Since that time, Jackie risen to positions of a mafia boss and got into a full-scale war between gangsters - so that his "dark" abilities will be very helpful. A cult called "The Brotherhood" decided to seize it. Jackie confronts them. The main character will also enter into a different reality, which is a psychiatric hospital (in which all the characters in the game are represented either hospital staff or patients themselves) - the illusion that creates darkness to Jackie went mad and died (after a serious injury, he does not die, but it gets here). It was still relatively well until the head of the Fraternity, Victor, you can not reach the device specially created the angels, capable to keep the darkness. Victor absorbs the darkness that is in the body and Jackie tries to leave with her, but Jack escapes from captivity with the help of Besa and balances abilities, then kill Victor and takes away the device. It turns out that the present Jackie can kill only using this device. Jackie kills herself and is once again at the hospital. The devil helps him escape, but he is killed, accidentally fell under the sun´s rays which are deadly for him. Then Jackie reaches the edge of the roof and threatened to fold down. His girlfriend - Jenny for which Jackie and went at it, trying to persuade him to return to the House to take drugs and to calm down. And then there is a choice that will affect the ending.

Ending Staying with Jenny Jackie humbles himself to his fate and remains in hospital. The last thing a player sees it as a Estacado and Jenny dancing together under her favorite song

Ending Treatment facilities there: Jackie is not willing to put up with it and rushes to the roof, and then gets to Hell - the lair of darkness. It is a battle the minions of hell and liberation from the bonds of darkness Jenny. Then Jackie hugs Jenny and she asks his forgiveness, Jackie wonders what, when Jenny pulled out of his hand and turns into an angel. It turns out all this time Angel was in her body, which is why the darkness and did not want to let her out of captivity, and was trying to stop Jackie, who was trying to save her. Angel does not want to fight with Jackie, not to give him a chance to win, and then departs, leaving Estacado in Hell. The game ends with a furious cry Jackie.

1. If it is not installed Steam client, download and install it.
2. Log in to your Steam account, or register a new one if you have not already have it.
3. Navigate to the Steam and select "Activate a product code."
4. Enter the activation key (for The Darkness 2).
5. After that, the game will appear in the "My Games" and you can download The Darkness 2.

Related to item "The Darkness 2":