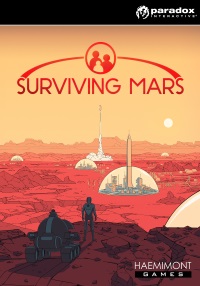 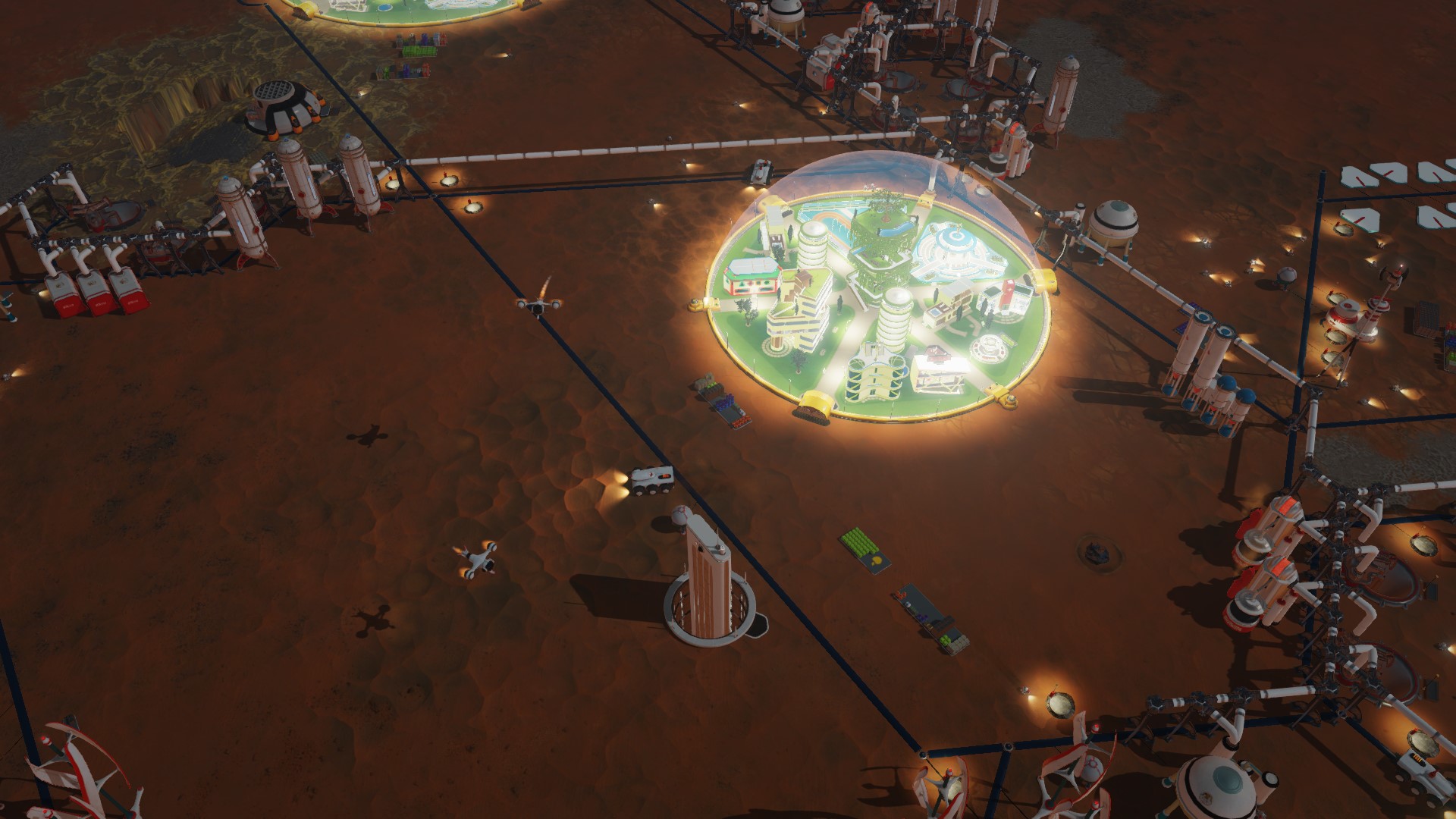 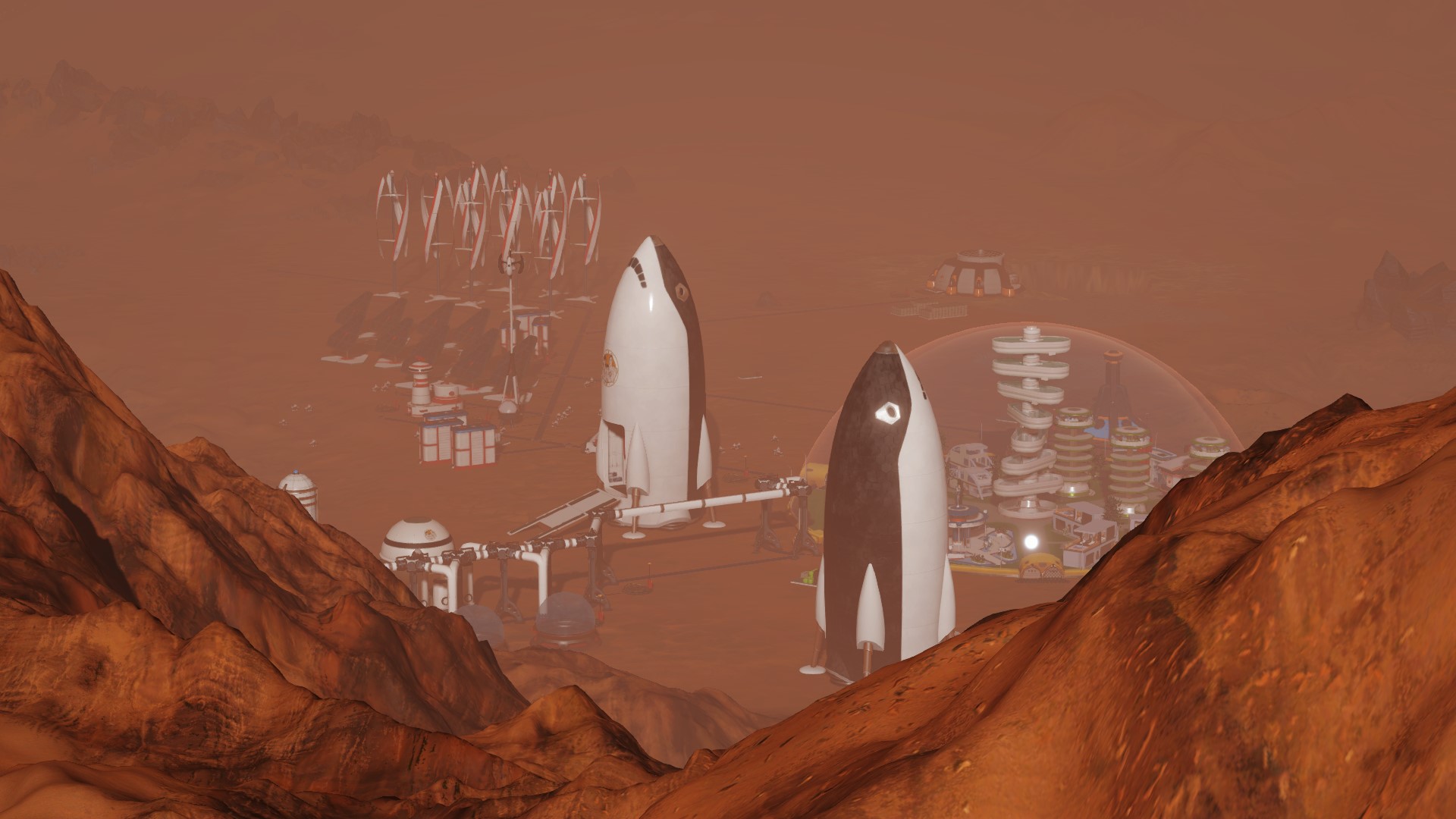 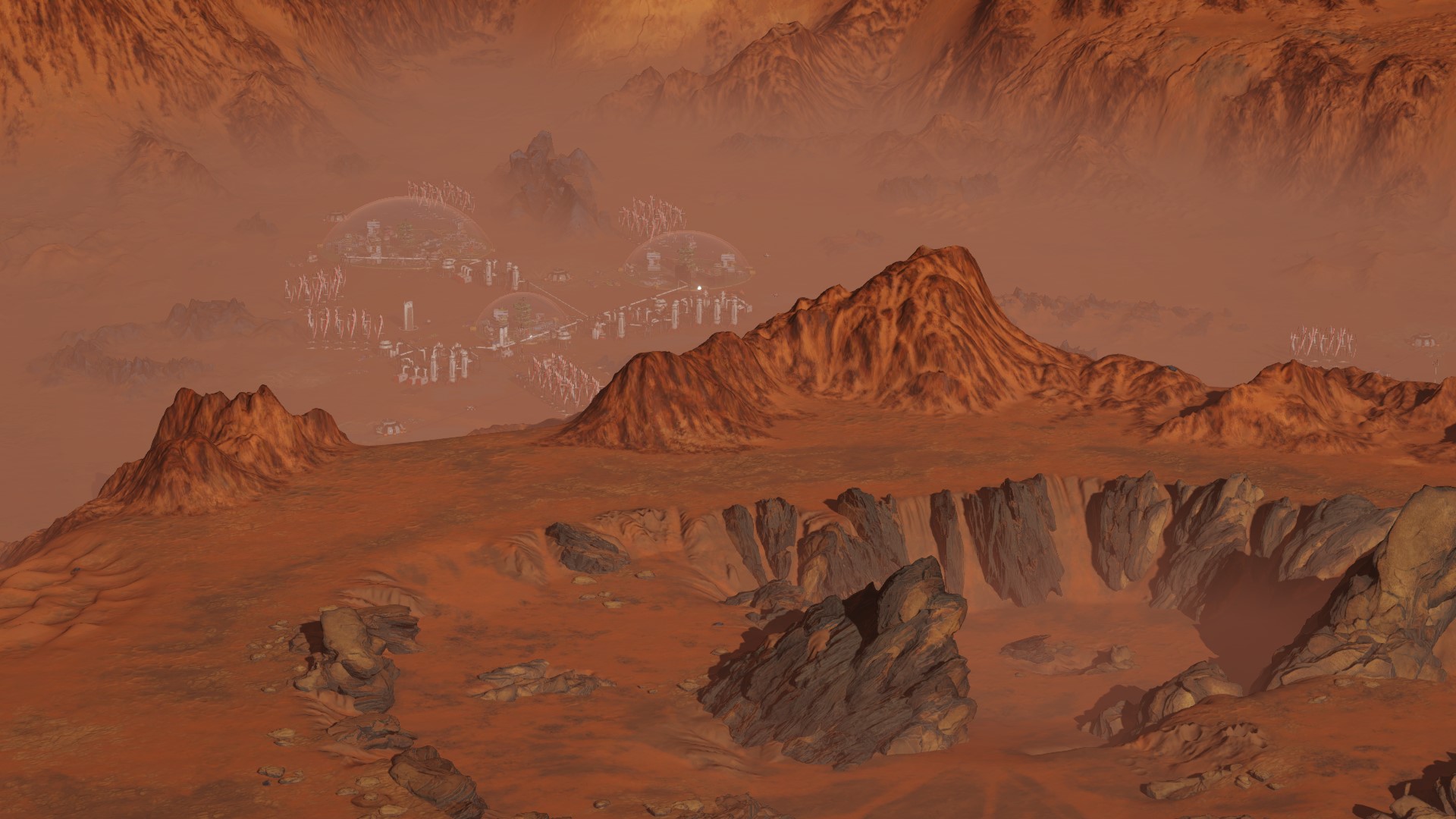 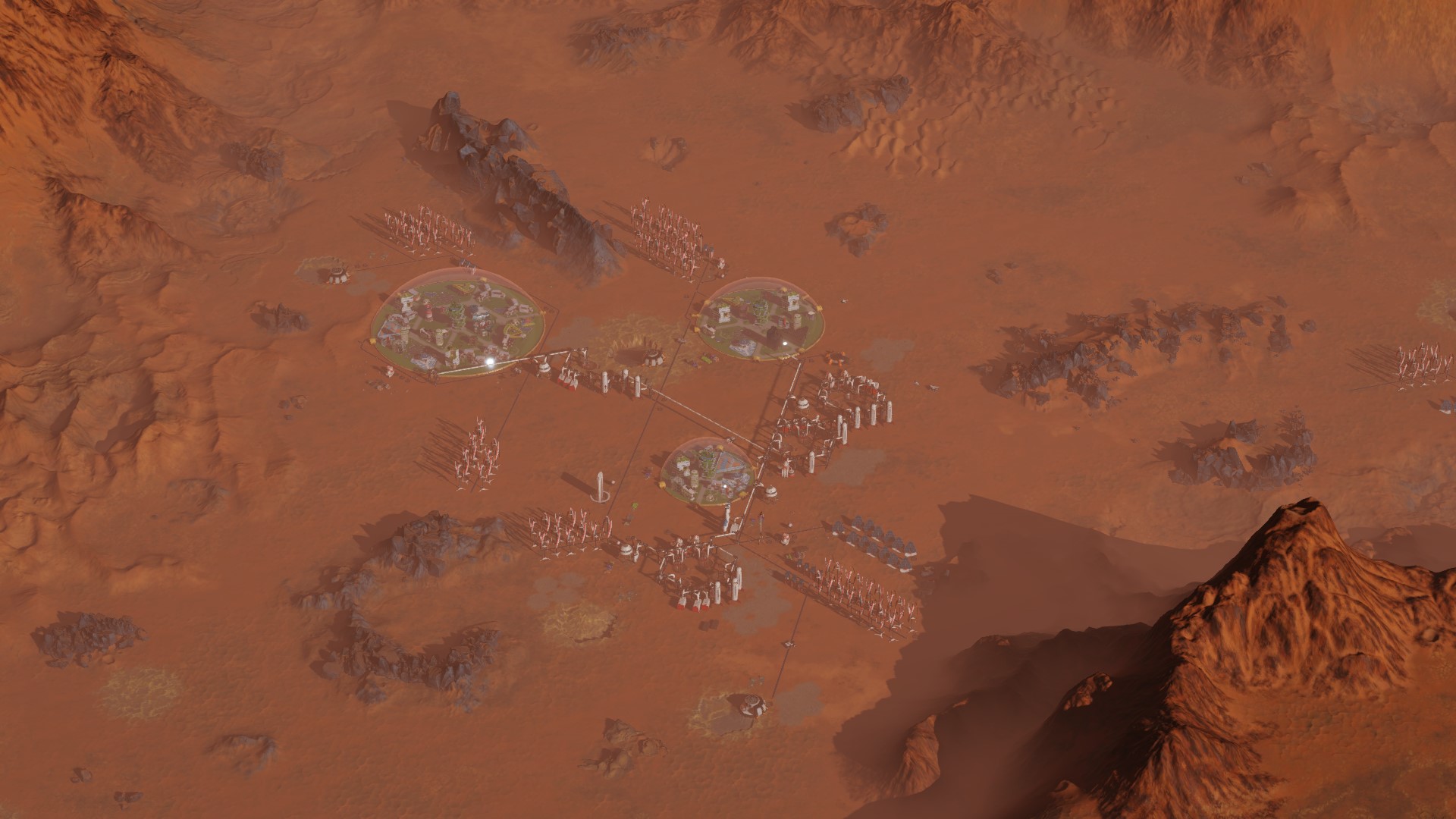 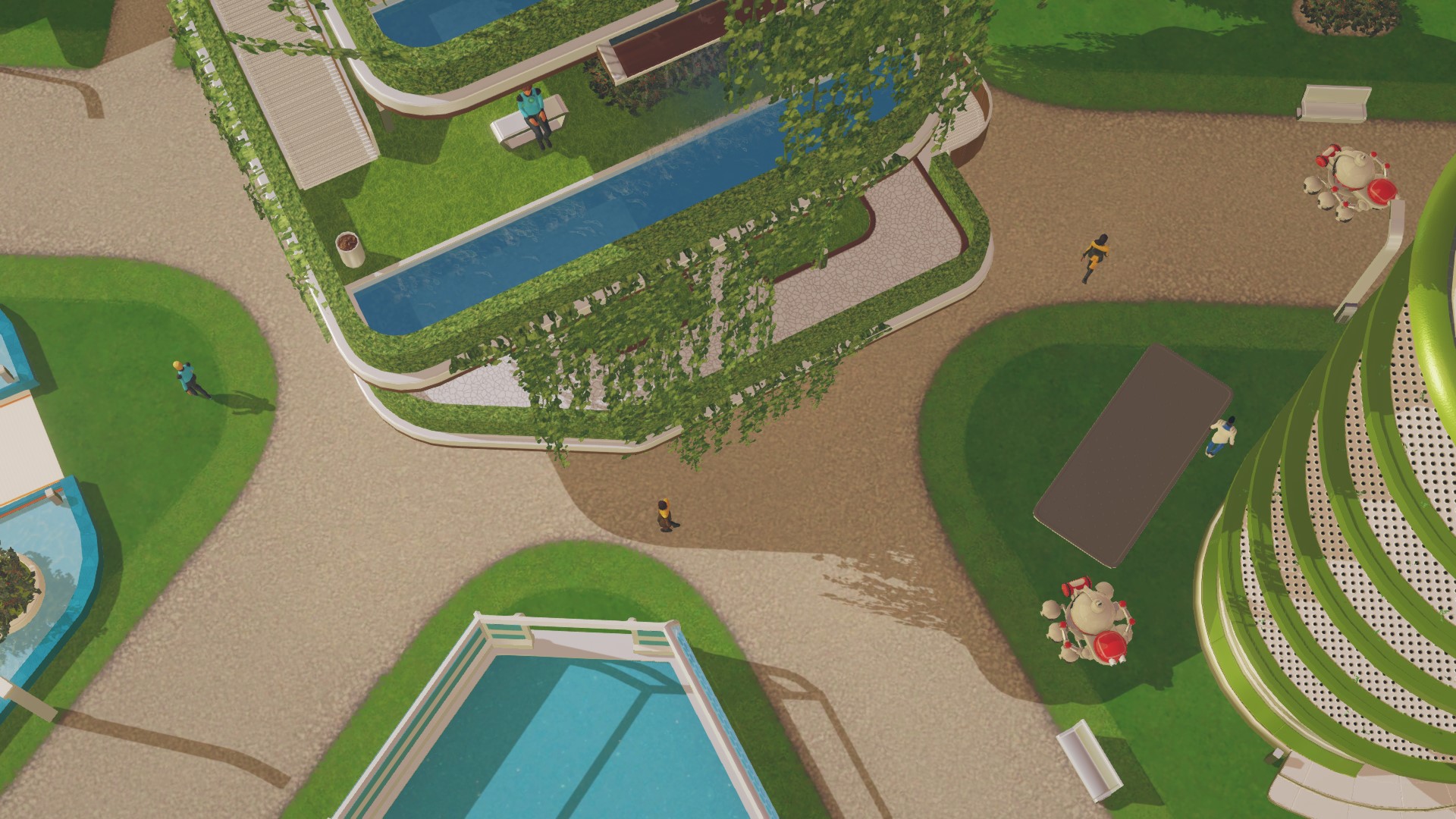 In Surviving Mars First Colony Edition, the brave colonists can choose the appearance of houses and domes to their liking. Also included is a seasonal pass for two add-ons and two sets of content that will be released in the coming months after the launch of the game.

But what awaits you in the game Surviving Mars already at the time of release:
Metropolis Building Design: Let your colony sparkle with chrome steel! In this kit you will find chrome looks for oxygen bottles, water towers, fuel plants and more.

Radio station: an additional in-game radio station with a new music and host - only in the Deluxe Edition!

New architectural styles: three new versions of the look for residential buildings will give the colonies a special charm.
Art album: more than 50 pages, full of illustrations, introduce you to the creation of the game Surviving Mars.
Avatar and Deluxe icon on Paradox forums.

Wallpapers: beautiful illustrations from Surviving Mars will decorate the desktop of your computer.
Seasonal Pass: A seasonal pass for two add-ons and two sets of content is included.
Colonize Mars and discover all the secrets of the Red Planet (preferably with minimal losses). Welcome home! The time has come to land on Mars and establish the first active colony in the history of mankind on the Red Planet. All you need is supplies, oxygen, decades of hard training, survival skills in sandstorms and the determination with which you have to grasp the purpose of these strange black cubes that have arisen as if from nowhere. It will be a great place! If you tidy up a bit here. Surviving Mars is a science fiction settlement simulator where your goal will be to colonize Mars and not die in the process. Choose a space agency that will provide you with logistics and financial support, then decide on a location for the colony. Build domes and the rest of the infrastructure, explore new features, use drones to improve and expand your settlement.
Grow food, get minerals, or just relax in the bar after a hard work shift. But most importantly - do not let the colonists die. That is not the easiest task on an uncharted planet. You have to overcome many difficulties. Carefully study the strategy of the development of the colony and do not forget to explore the secrets of the new world. You are ready? Mars is waiting for you! Key features: The first extraterrestrial colony of humanity: to build a settlement in conditions that are not adapted for life, you will have to think and plan everything well. In case of an error, you are not threatened with traffic jams, but with the death of the colonists. Interruptions in electricity on a planet with an atmosphere unfit for breathing will cost too much.

The unique characters of the colonists: each colonist will be a unique personality, with its own characteristics, strengths and weaknesses, which will influence the needs and behavior of the other settlers. Can you imagine what it would be like if the senior scientist of the colony starts to go into a bout after sleepless nights in the laboratory?

The futuristic style of the domes: the domes - huge constructions in which you place residential blocks, factories and trading floors - are made in a retro-futuristic style, each with its own unique look. Create colonies for every taste! You can build a colony, where science is put above all - even above the lives of the colonists. And you can build a utopia among the stars.

Explore the secrets of Mars: Red planet in Surviving Mars keeps many secrets - in the best traditions of Clark and Asimov. In each passage, players may encounter one of the carefully crafted puzzles of Mars. And studying them can lead a colony to prosperity or to disaster.

Tree of research with "random" elements: thanks to the combination of the classical tree with random research, each passing game will be completely