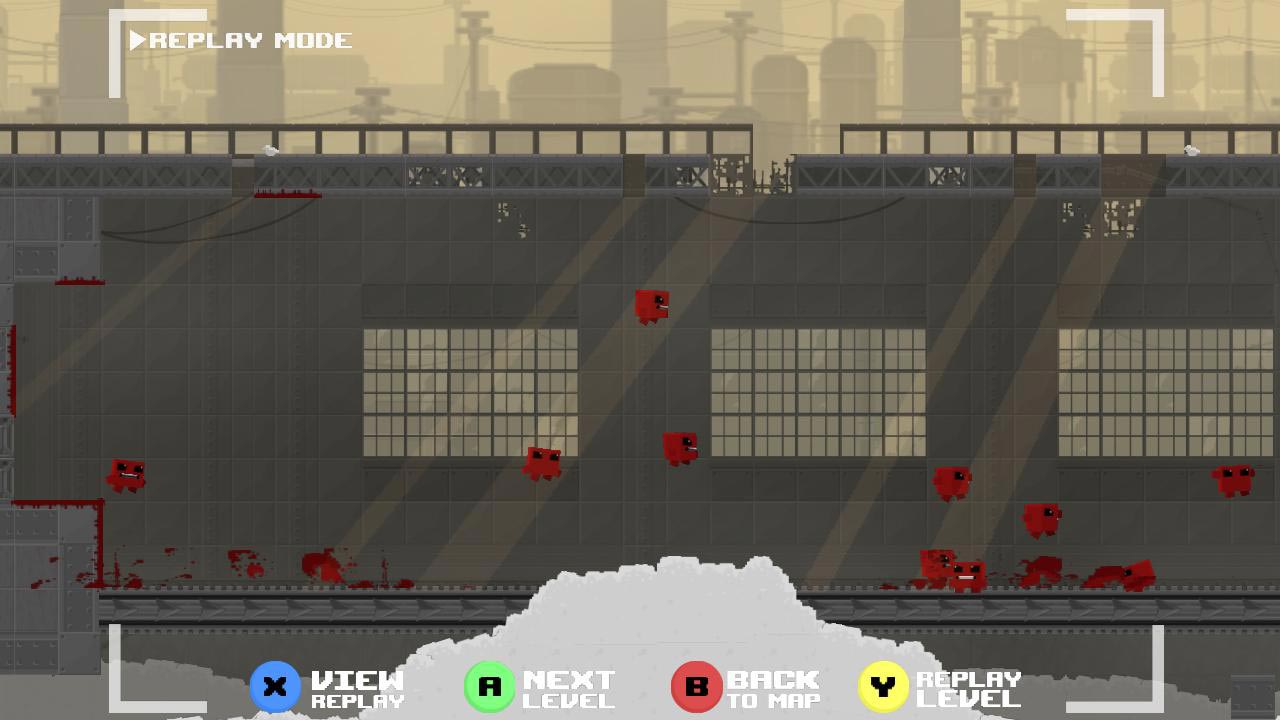 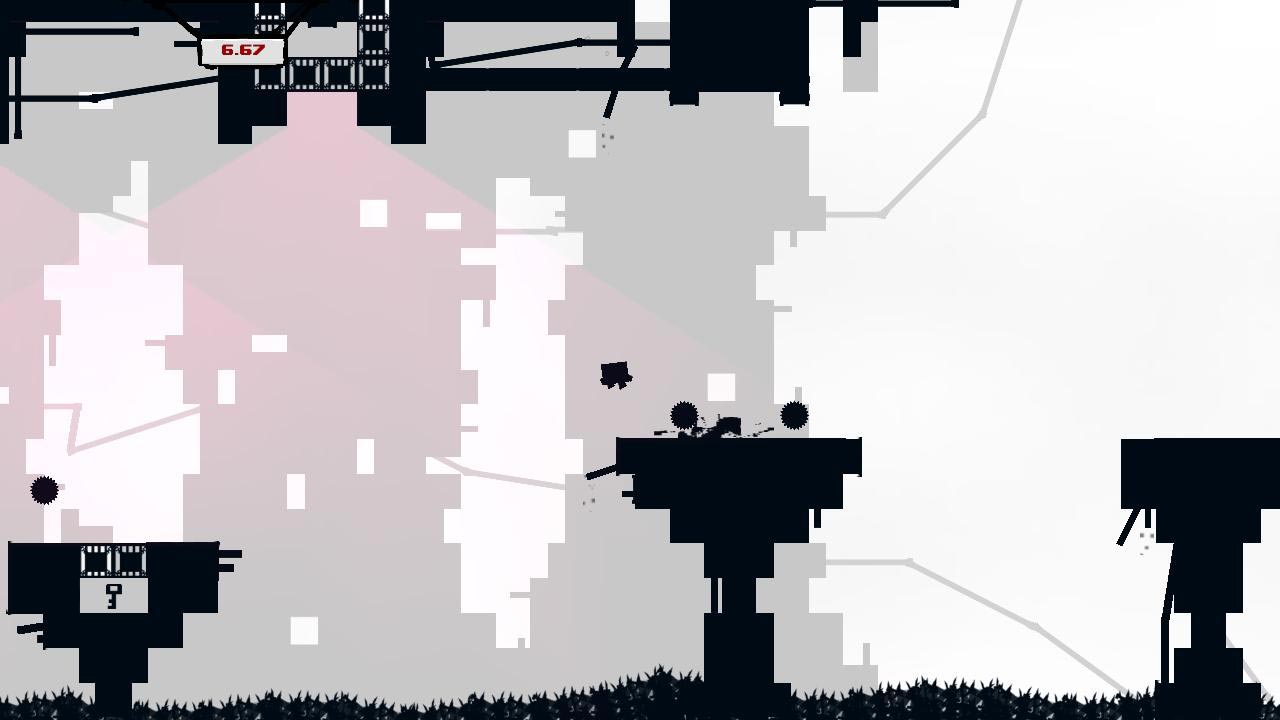 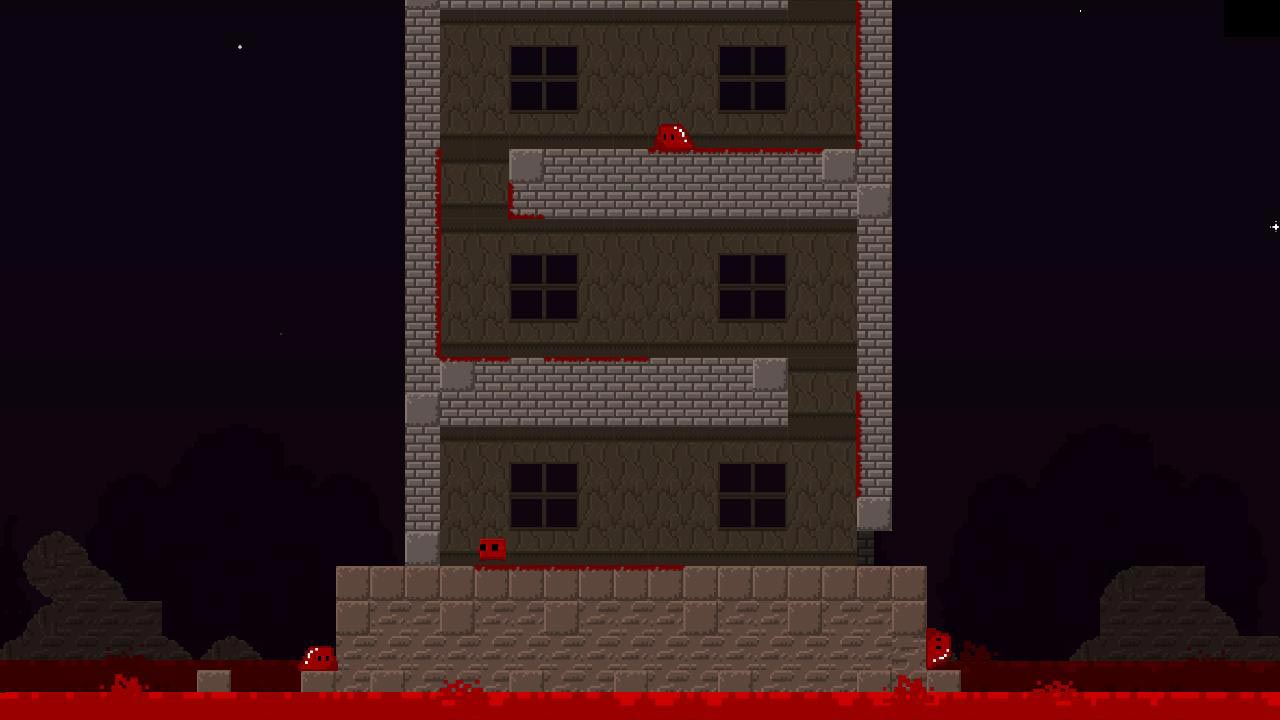 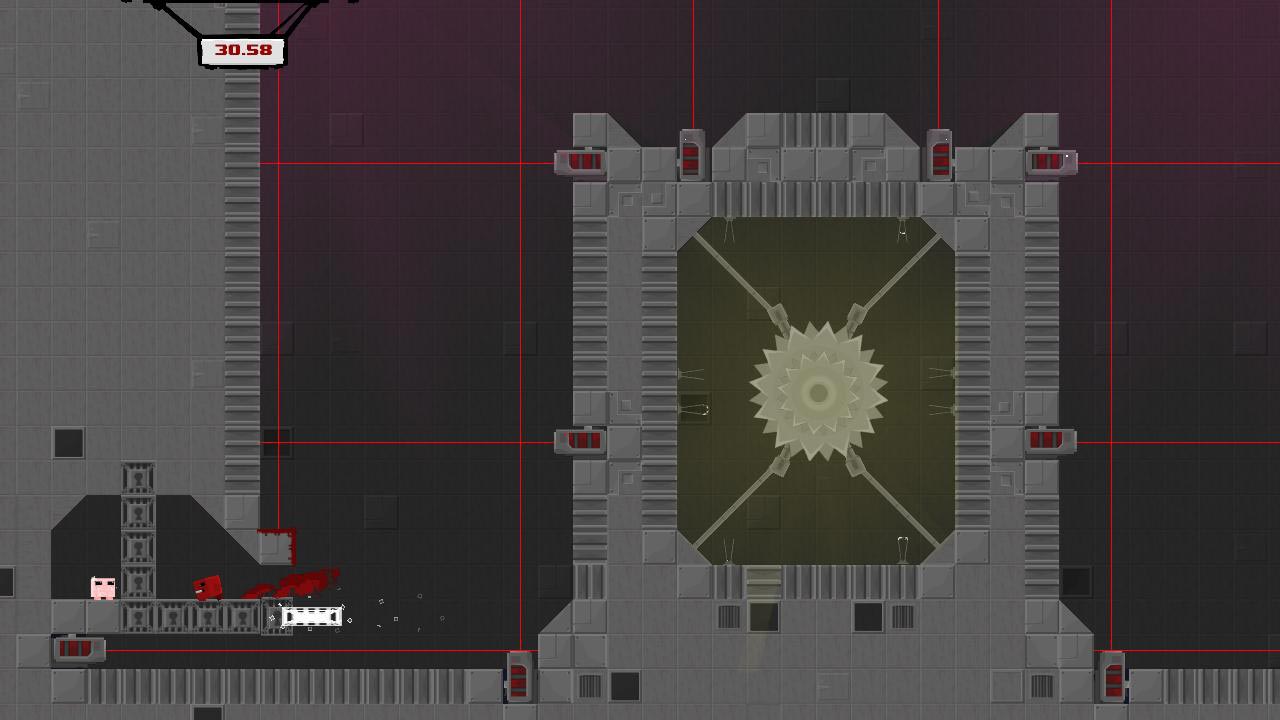 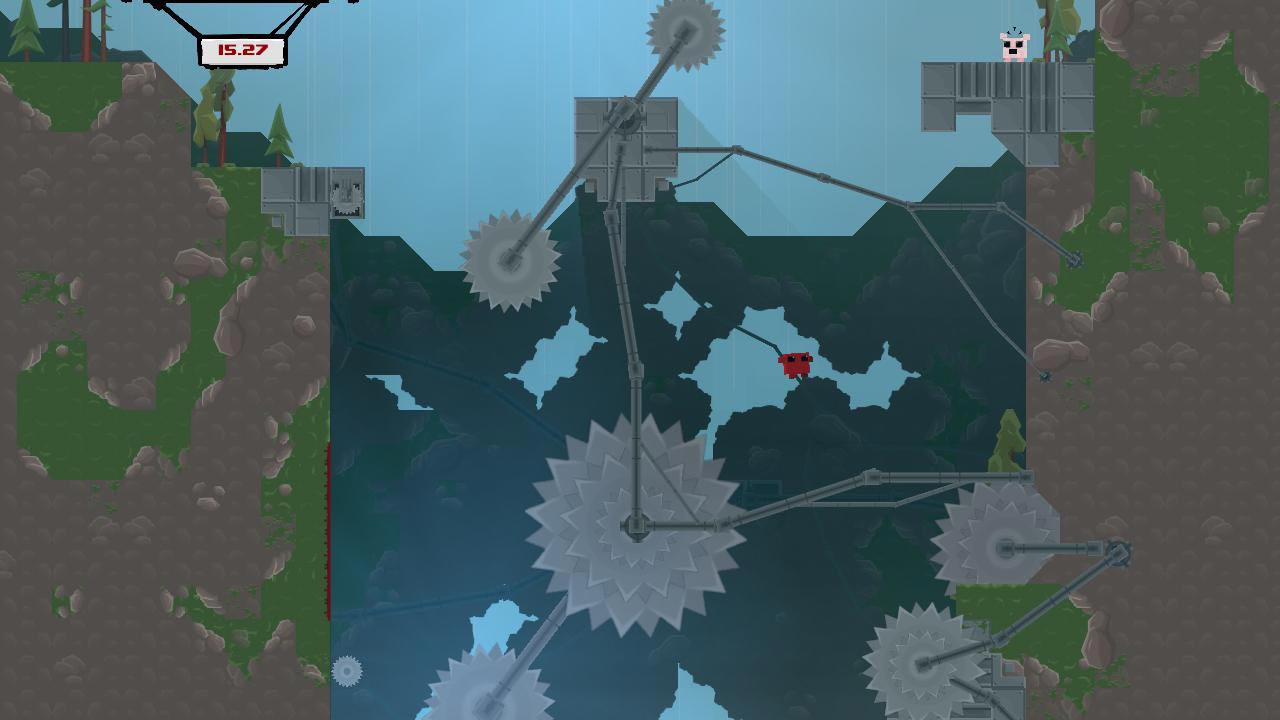 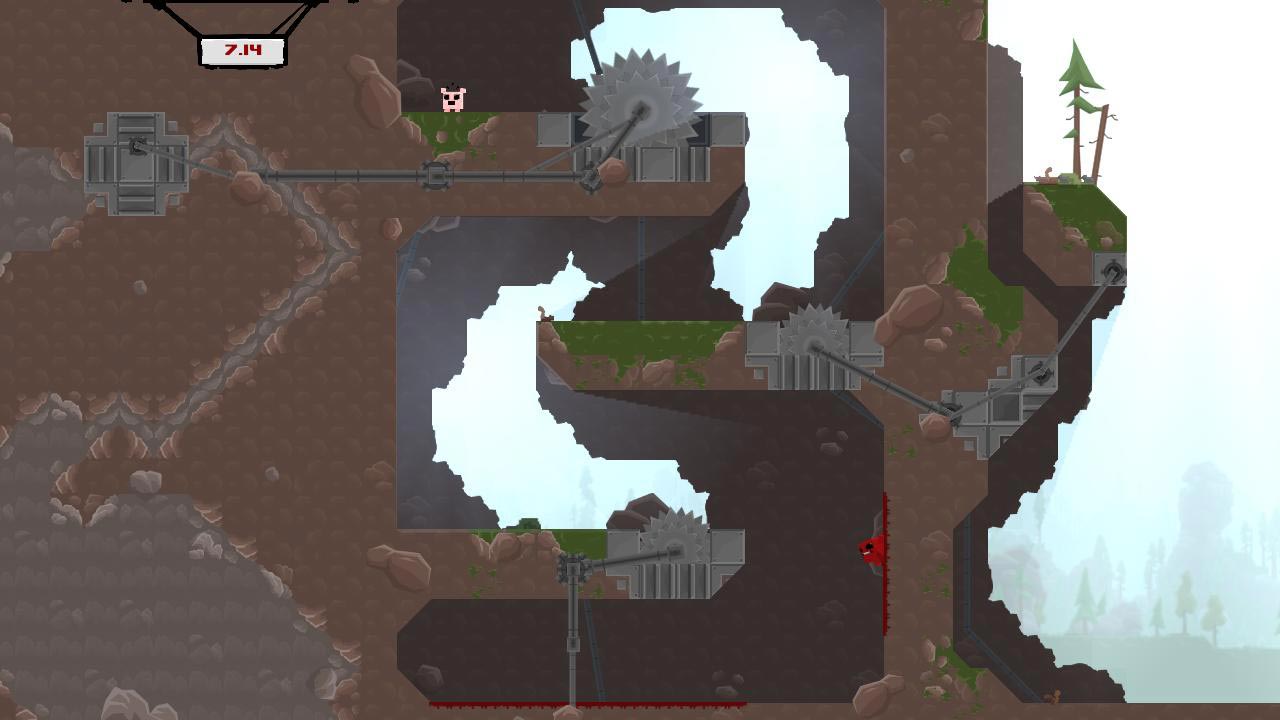 ======================================
Super Meat Boy - this is a cool, egg, platformer where you have to play for a living cube of meat who´s trying to save his girlfriend (made of bandages) from an evil fetus in a test tube, dressed in a tuxedo.
Our meaty hero will bounce off the walls, to fly over a bunch of buzzing saws through up collapsing caves and pools with nails. He will sacrifice everything for the sake of his ladylove. Super Meat Boy - is a classic platformer with the complexity of such games on the NES, like: Mega Man 2, Ghost and Goblins and Super Mario Bros. 2 (Japanese version), which reduces to the usual management on some reflexes, without all the unnecessary garbage.
The increasing complexity (from severe to improbable) in the SMB will carry through our Meat Man ghost hospitals, salt factories and even hell itself through. And if more than 300 levels is not enough, then your service: epic boss fights, a level editor and tons of secrets, special zones and hidden characters.

• The "History" with more than 300 levels divided into 5 parts
• Play headcrabs! (exclusively in Steam)
• Over 33 Steam Achievements
• Special zones, which will take you to a completely different game
• More than 16 gaming secret characters, including such popular indie heroes like Minecraft, Bit.Trip, VVVVVV and Machinarium
• Epic boss battles
• Level editor
• So touching story, you´ll cry into my pillow rest of his life