Stronghold Crusader 2: The Templar and The Duke (DLC) 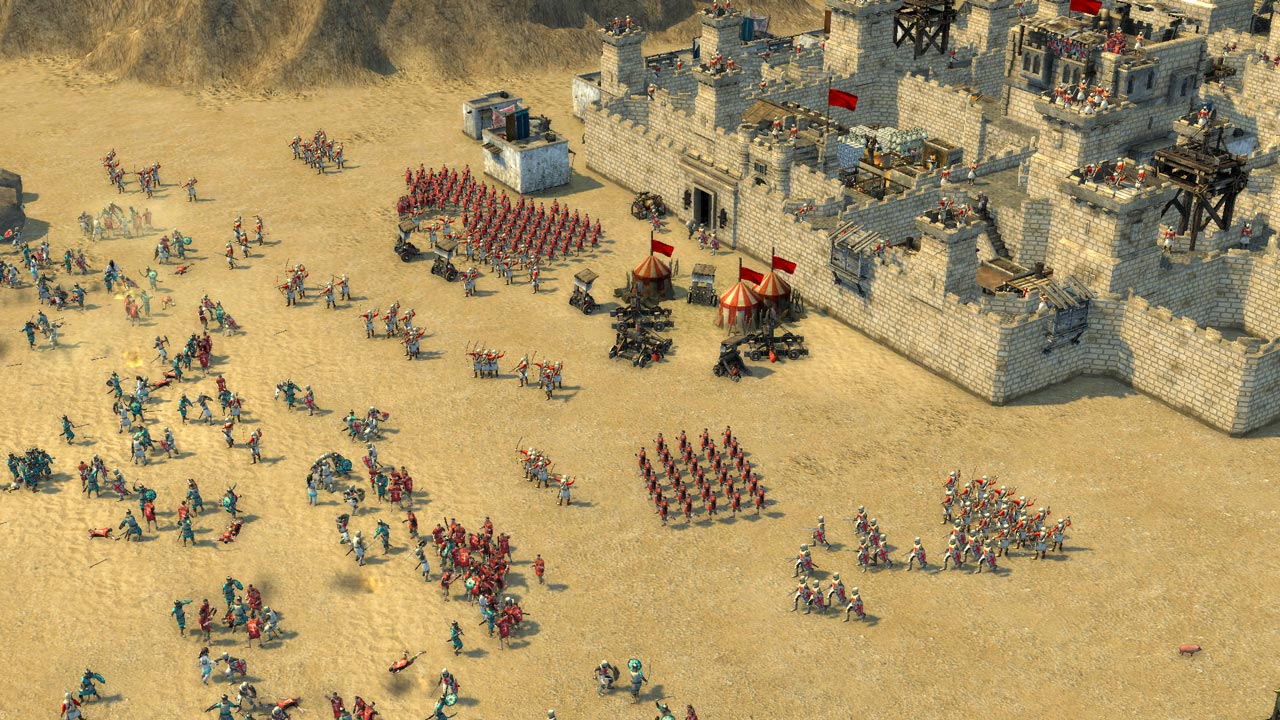 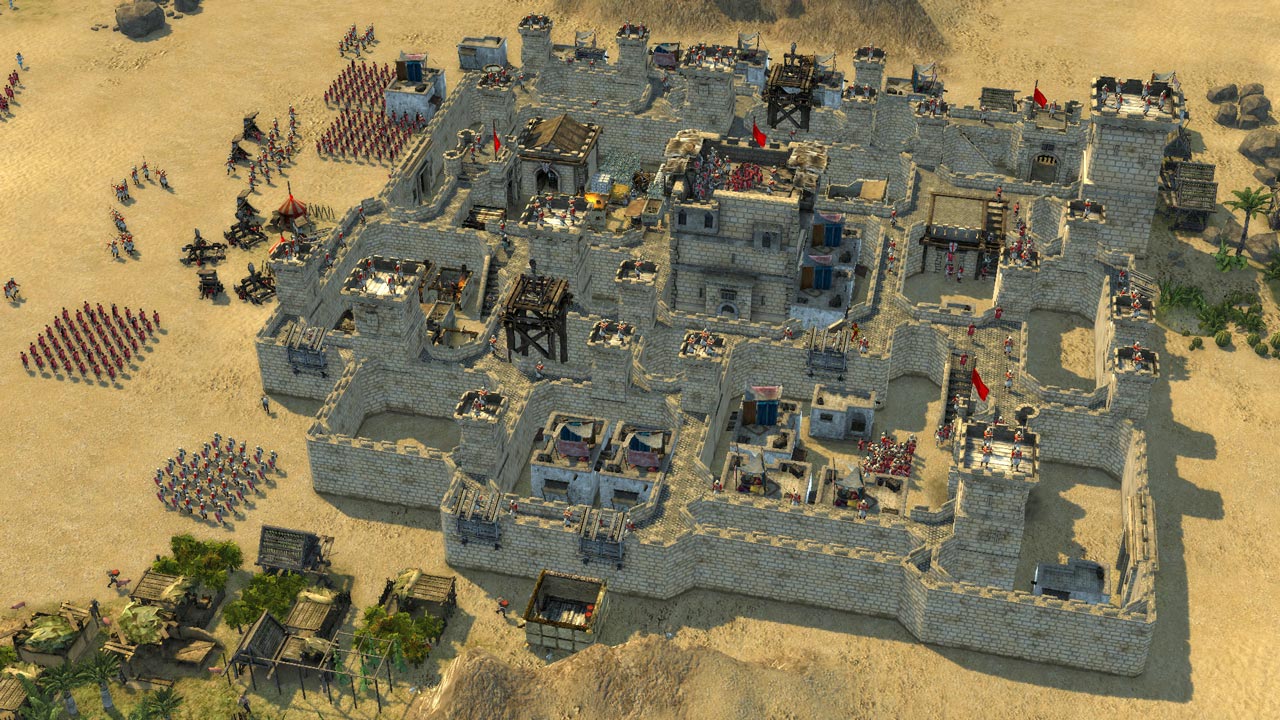 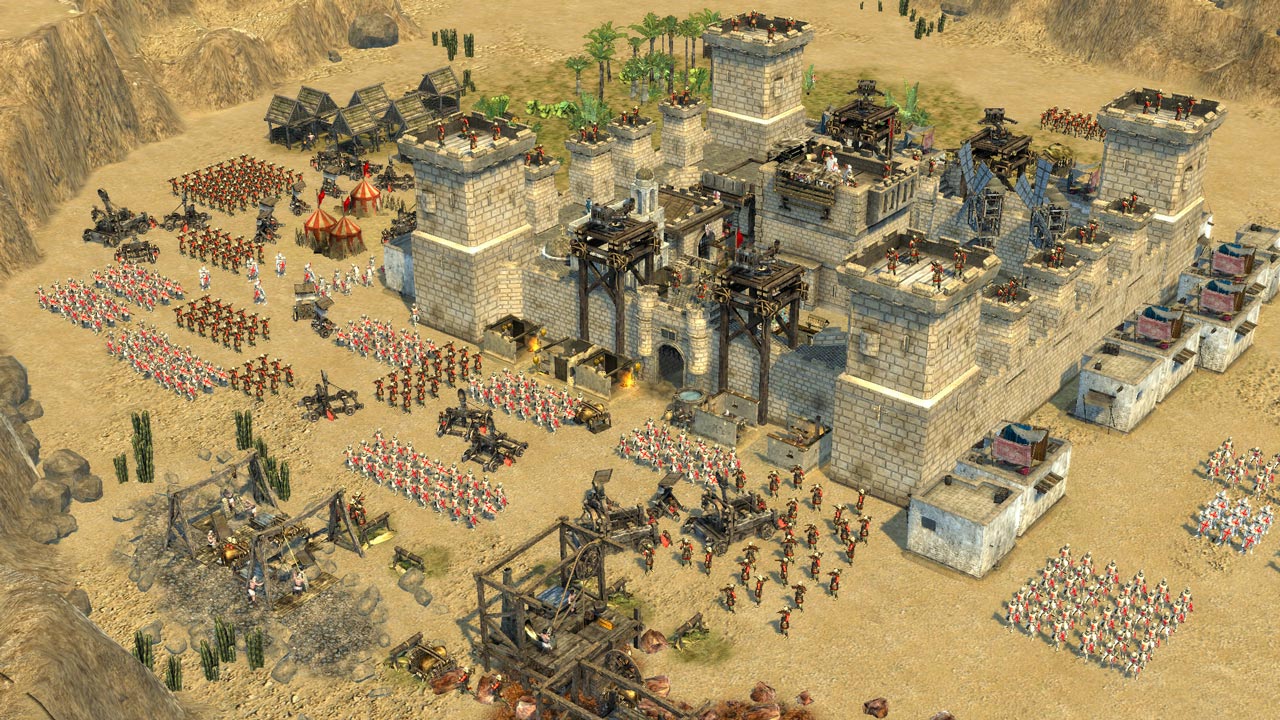 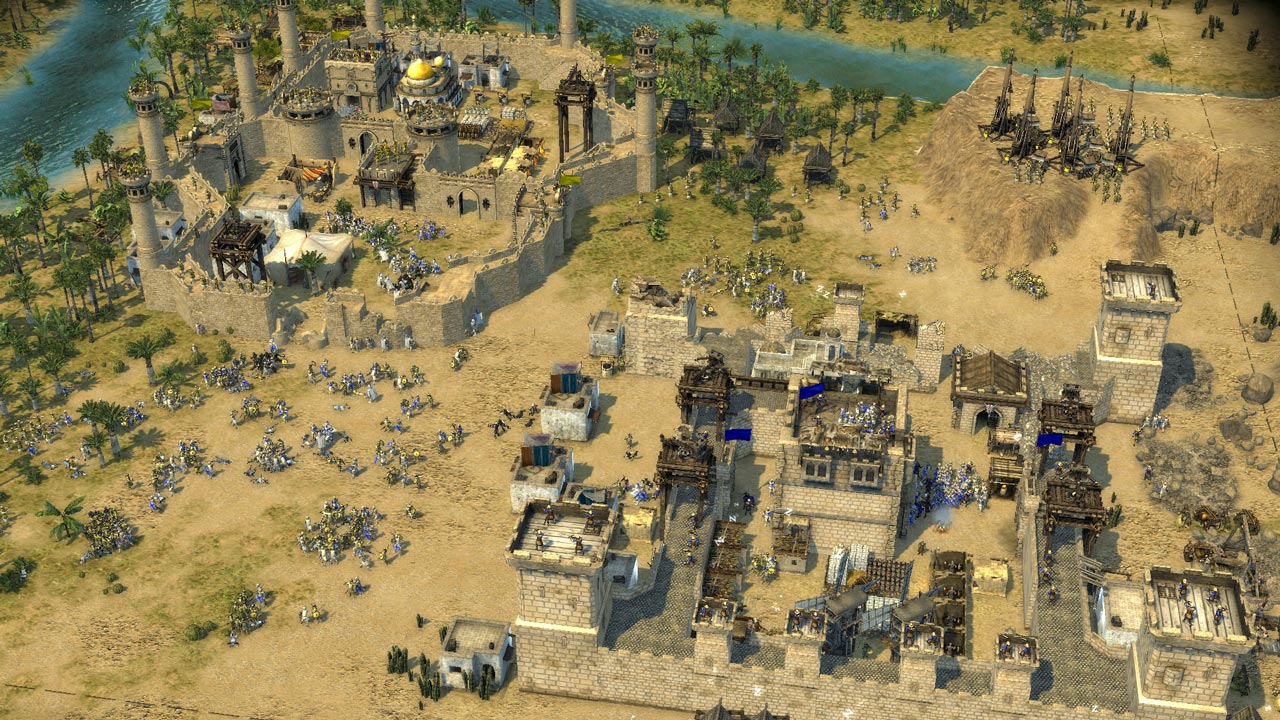 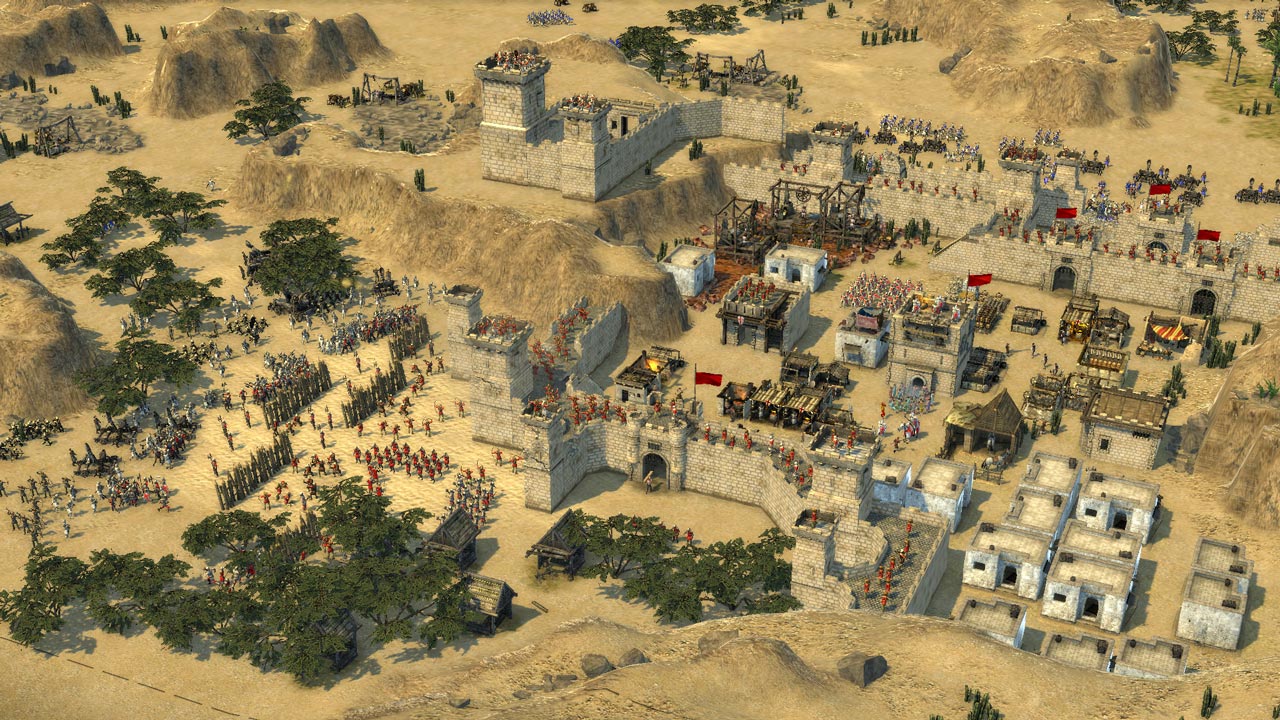 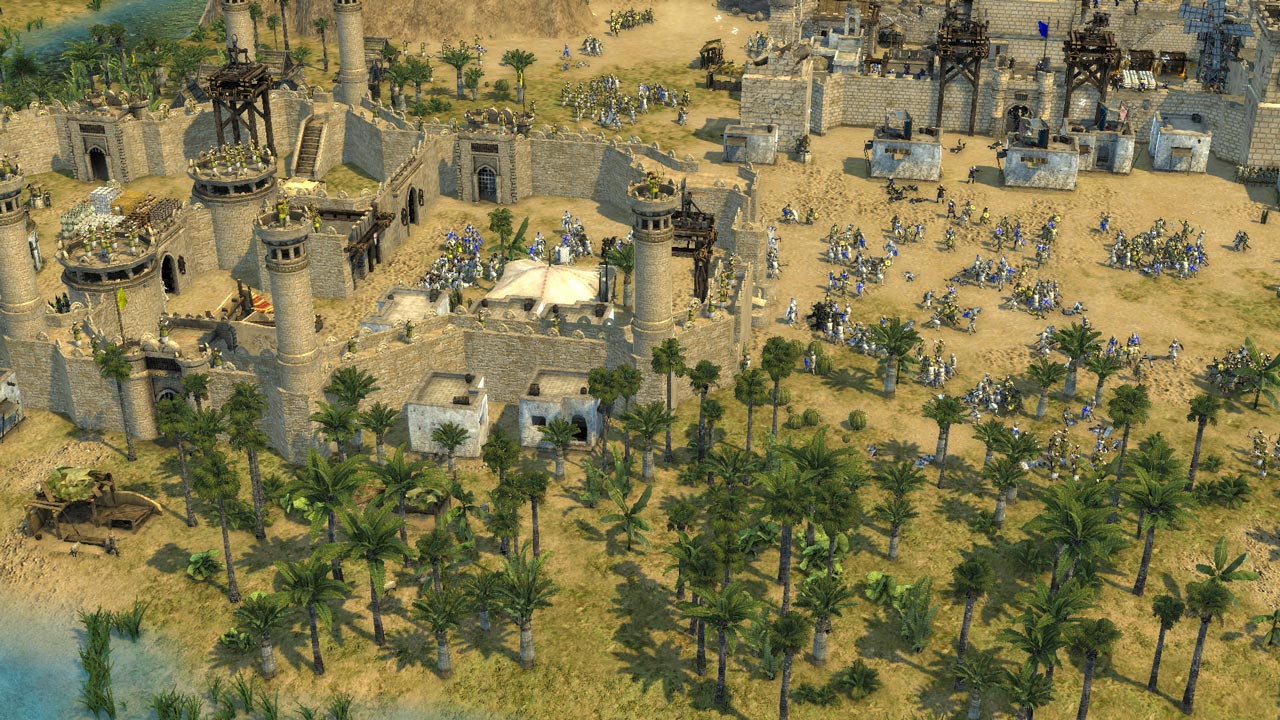 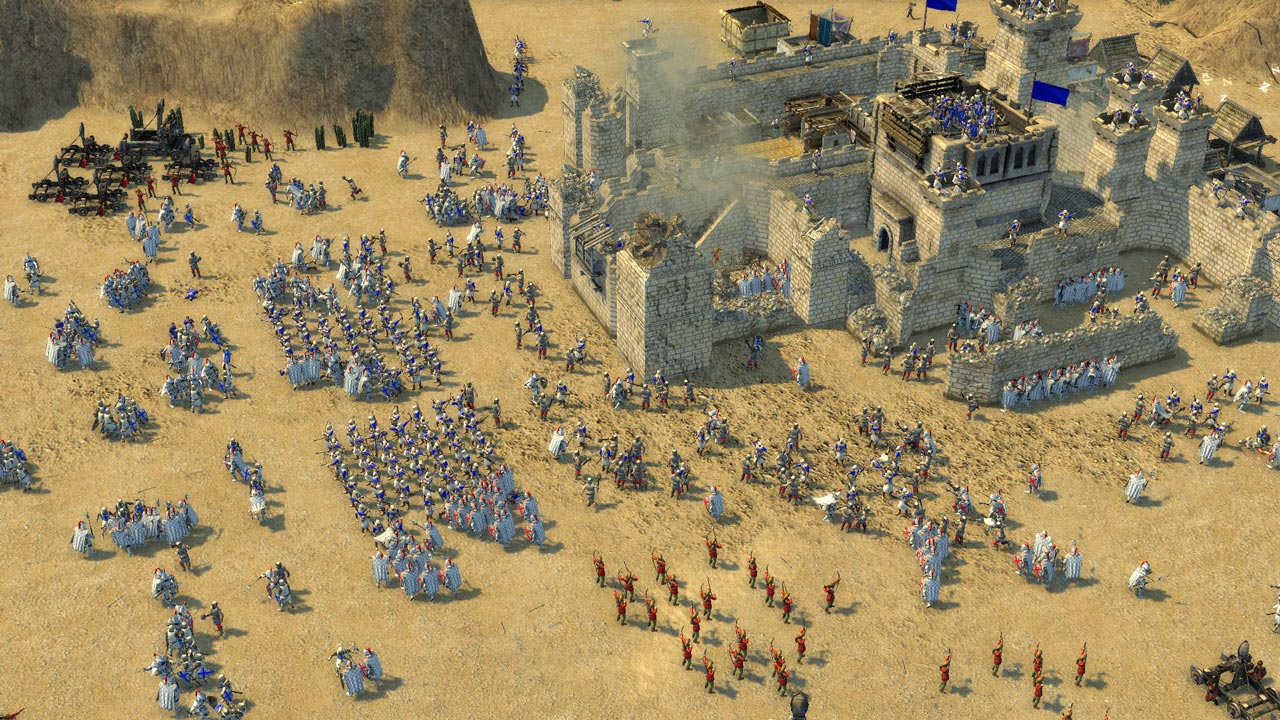 Attention! This content requires the base game Stronghold Crusader 2 on Steam in order to play.

Fierce battles in our new battle trial set a new bar for Stronghold players. New characters enter the desert, pursuing their selfish goals. The extravagant and eccentric Duke will dispel your hopes, as traditional sieges cannot break his complex segmented castles with unusual wall layout. At the same time, cold-blooded and fierce resistance will be given to all who dare to speak out against the Templar, who will hire only the most severe crusader recruits into his army. The ninth battle test will require players a new set of strategies. You will have to defend your allies, fight back against bandit raids and watch out for real rivals in order to eventually get to the top of the mountain and complete our most difficult final mission that has ever existed.

Templar
A former soldier of King Richard´s army, the Templar managed to gain power and become the highest military commander in the Third Crusade. Even more decisive in achieving his goal than the king himself, the Templar received an honorary title due to strict adherence to the Canons of the Cross and the ability to set his comrades in battle.

Duke
The Duke who came from France is looking for a “good fight”, hoping to share the glory of the Crusaders in case of their victory. If the Crusade fails, the Duke will retreat very quickly, stating that he did not take part in Richard’s campaign. But now he is ready to share his wealth and political power to realize his own insidious plans.

• New Missions - Play the role of the Templar during the Crusade in seven missions of the Templar and Duke Combat Challenge
• Two characters - Templar and Duke join the battle as AI opponents in the new Battle Challenge, in the battle mode and in multiplayer
• Unique castles - Free designs with complex walkways, death zones, numerous towers and a few weak points
• Coats of arms - Customize your game crest with five unique designs, proving your devotion to the holy war
• Extra achievements - Get 10 new achievements and demonstrate your leadership skills.

Related to item "Stronghold Crusader 2: The Templar and The Duke (DLC)":

Stronghold Crusader 2: The Emperor and The Hermit (DLC)