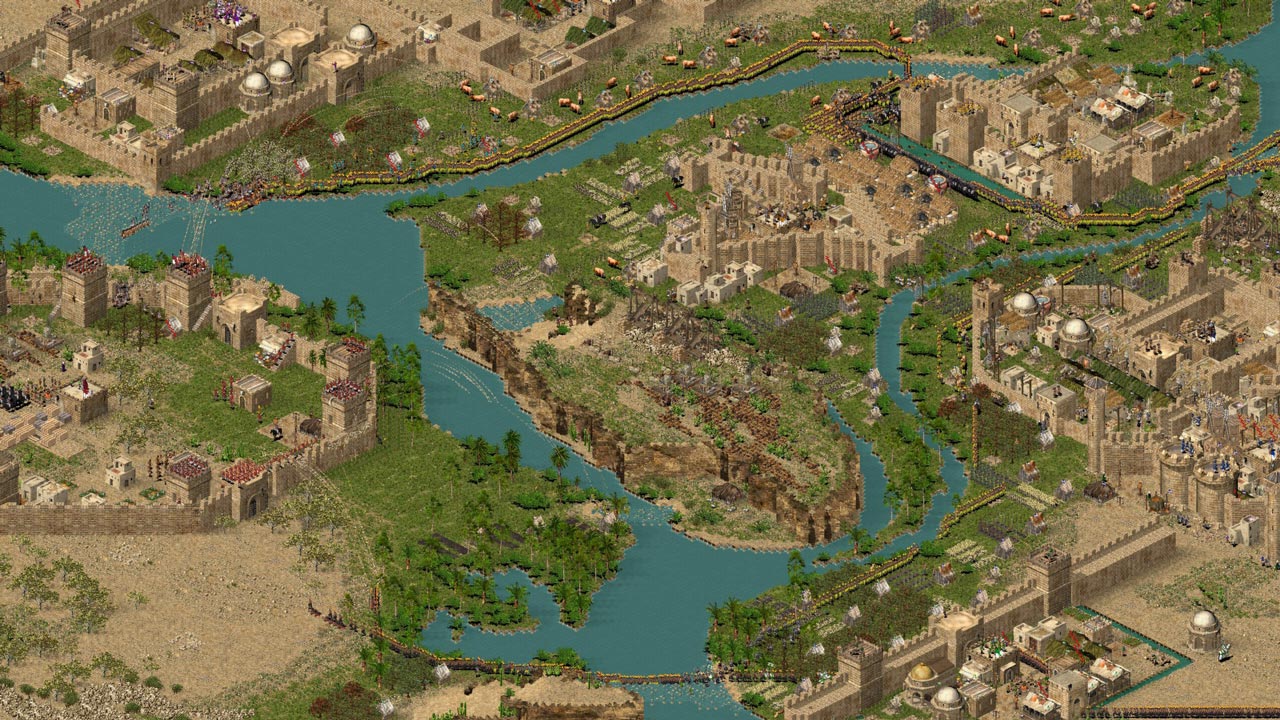 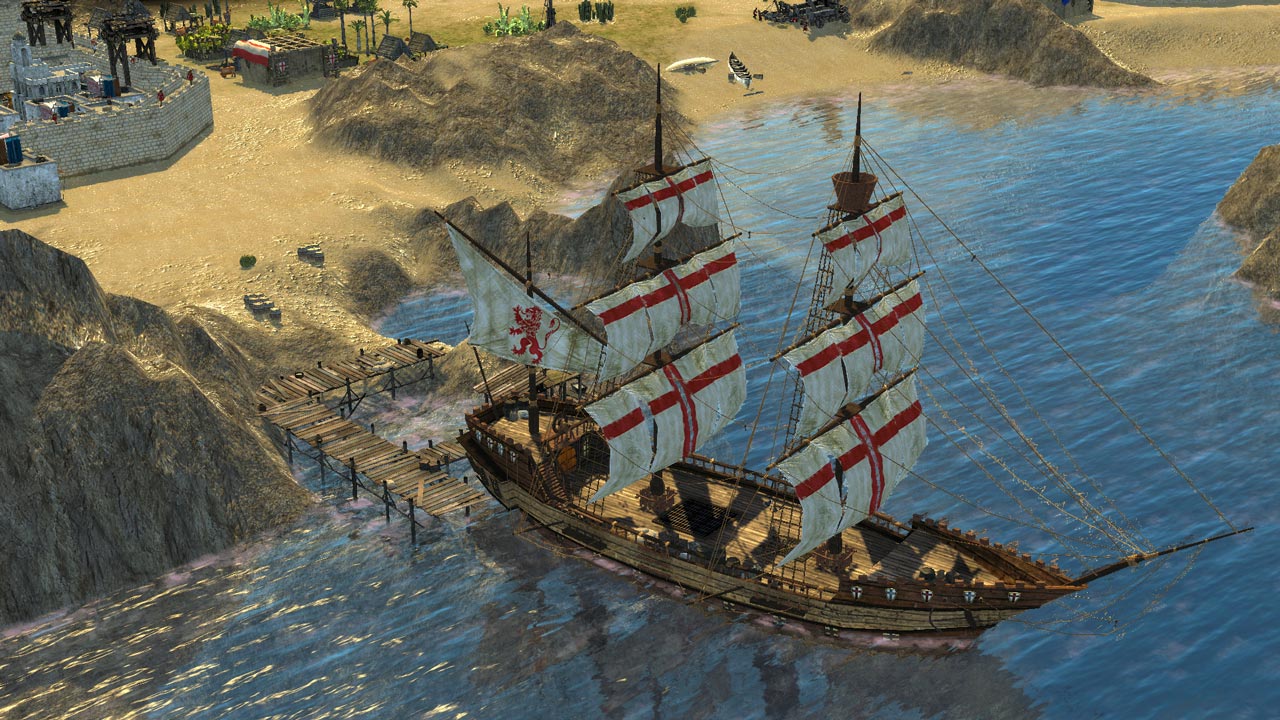 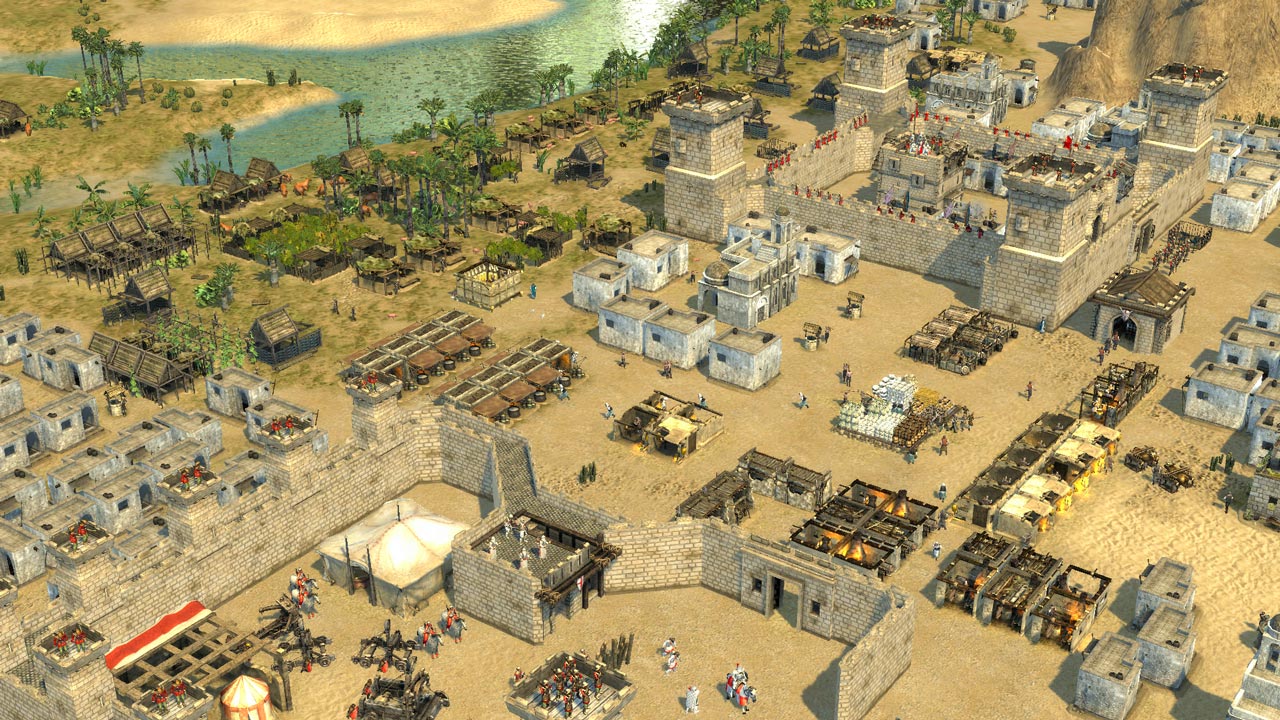 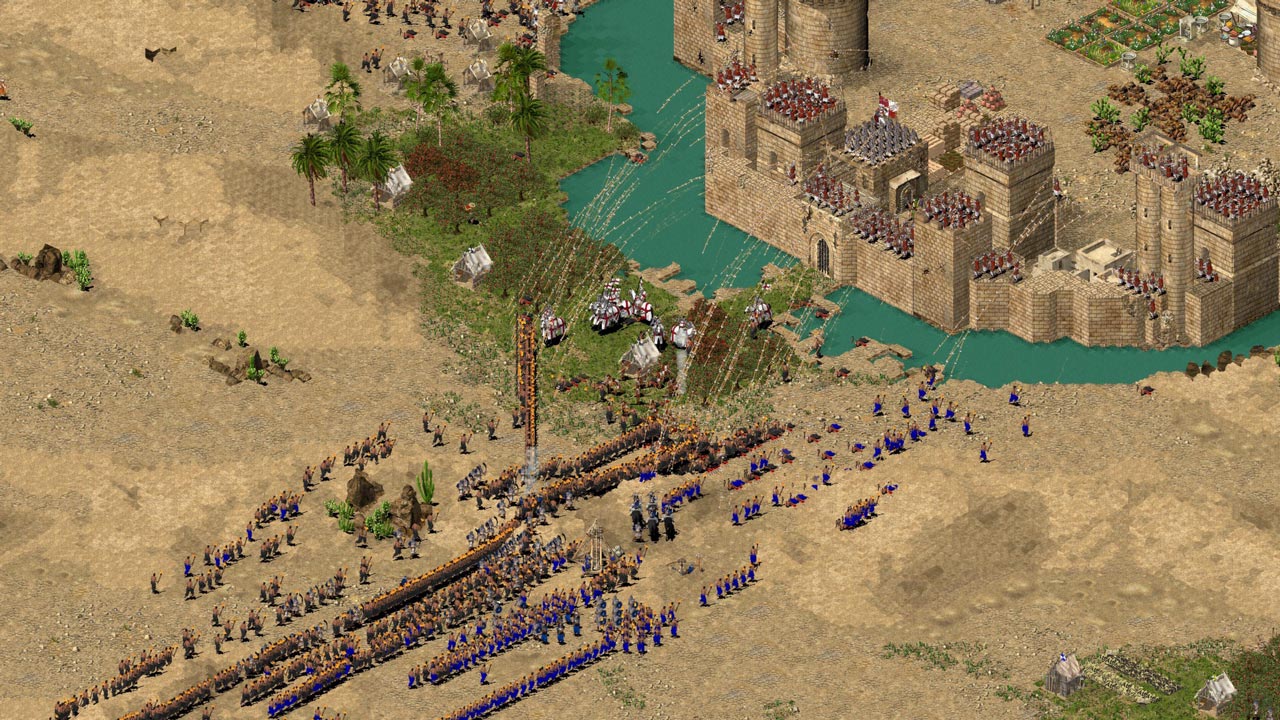 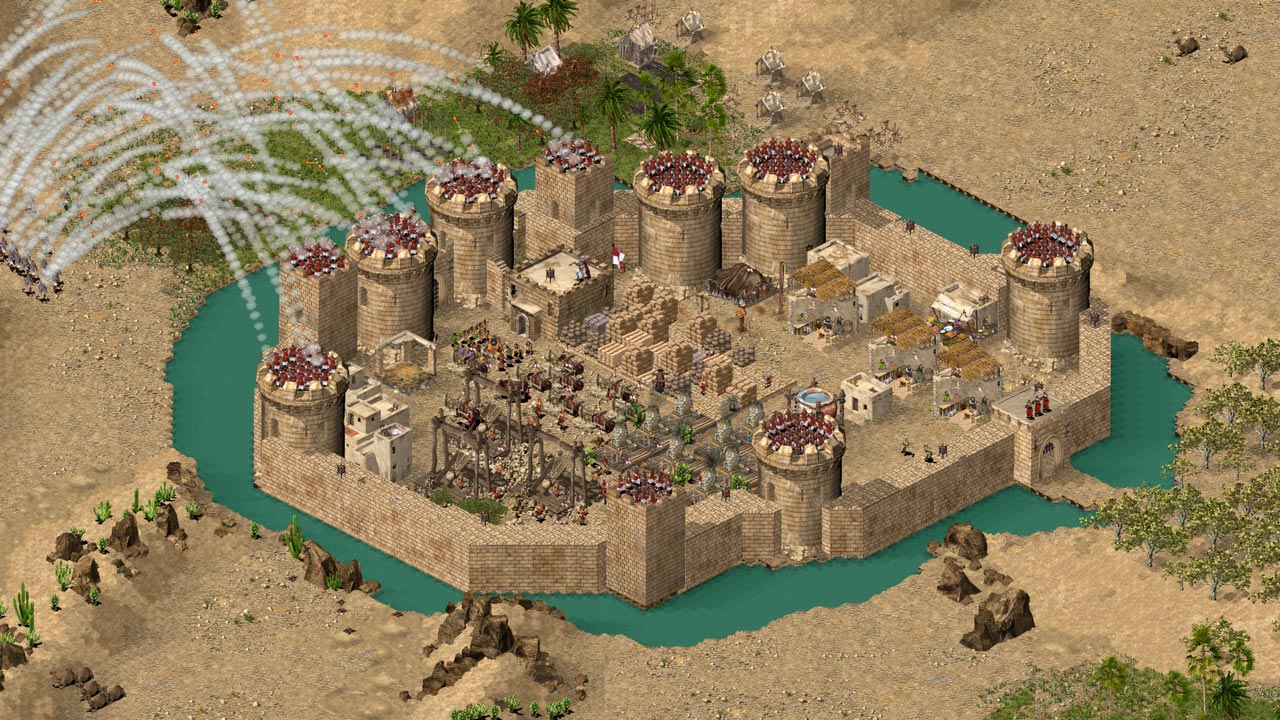 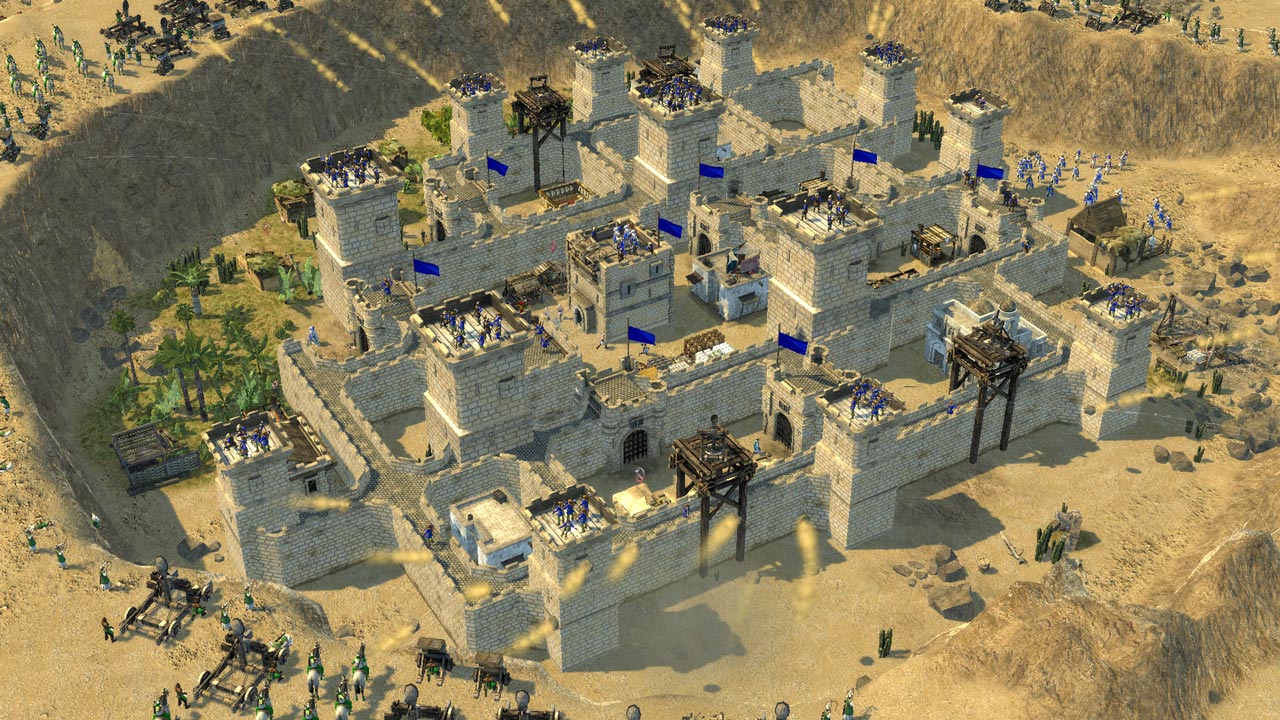 
Stronghold crusader 2
True to its roots, the new Stronghold is an old-school game that combines elements of real-time strategy and city-building simulator. Choosing between the brutal Crusader Knights or the Arab freedom fighters, you will have to lead huge armies and siege equipment into battle to decide the fate of the Holy Lands. Join the war on behalf of Richard the Lionheart or the Sultan of Syria in two historic single player campaigns with dynamic events such as tornado and locust plague. Become the greatest Lord by taking the reins of economic management in the desert while maintaining control of vital oases.
• Build the perfect castle - build a mighty fortress and fill it with traps to crush your opponent!
• Skirmish mode - lay siege to the castles of your enemies in quick matches against artificial intelligence.
• Multiplayer mode for 8 people - mix real players with AI, select a map and game mode to create the perfect multiplayer duel.
• Fight dozens of AI Lords - classic AI characters will return with newcomers with unique behaviors, castles and play styles.
• Conquer the Paths of the Crusaders - test your bravery in campaigns of increasing difficulty.
• Co-op mode - share control over the castle, troops and resources in Co-op mode.
• Sandbox about castles - plunge into free construction mode and build the perfect castle without fear of being attacked.

Stronghold Crusader HD
This is the highly anticipated sequel to the acclaimed bestseller STRONGHOLD. It is a game that combines the advantages of a real-time strategy and city-building simulator. Talented generals and brave knights! The scorching sands of Palestine and the impregnable Arab fortresses await you. Go ahead, the crusade is not waiting! If you are attracted by the mysterious and mysterious atmosphere of the East, stand under the banner of Islam and protect your native lands from European invaders!
• Join the ranks of the Crusaders or Saladin´s army in four historical campaigns
• Break through hundreds of unique skirmish missions, each of which is more difficult and more interesting than the previous one
• Design and build your own desert fortress with a working economy
• Command new units with unique abilities such as stealthy Assassins or agile horse archers
• Support for high resolutions will allow you to view the entire map on one screen;
• Fully compatible with Win XP, Vista, 7 and 8