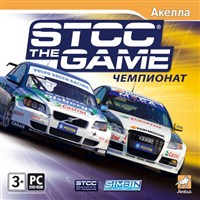 Uploaded: 23.06.2014
Content: 130329_file.jpg 7,69 kB
Loyalty discount! If the total amount of your purchases from the seller GameMarket more than:
If you want to know your discount rate, please provide your email:

«STCC The Game» - this is the official game of the Swedish Championship STCC, collects under the banners of the best Scandinavian drivers. Direct participation in the creation of this project took Ted Berk, Frederick Ekblum, Robert Dahlgren, Jan "Flash" Nilsson and many other well-known masters. Due to the information received, the game developers managed exactly, down to the smallest details to recreate geometry of uneasy Swedish routes and give them a real image. The game includes all the tracks and cars, presented in the 2008 season.

Features:
* 29 unique race cars presented in 11 classes. Machinery for every taste and skill level!
* 25 tracks located in different cities Scandinavian
* Detailed system damage and advanced physical model
* Multiplayer mode. You can compete against 25 opponents simultaneously
* Ability to select different types of review, including the form "of the hat"

*** HOW TO GET A GIFT ***
1. When purchasing be sure to include your email address in a specially designated place
2. Be positive feedback (indicate email is not recommended, since it is possible to receive even more spam)
3. Within 48 hours you will receive to your email a photo gift (guest key for Diablo 3 or Starcraft 3)

Activation Instructions:
1. You need to download and install Steam http://steampowered.com/download/SteamInstall.msi (if not already installed).
2. Register your account on Steam (if it does not).
3. Select "My Games", click "Activate game", enter the acquired key in the box that appears for entering the key.
4. Prepare the installation process (download) - about 45 minutes (depending on your internet channel time can vary greatly from the specified).