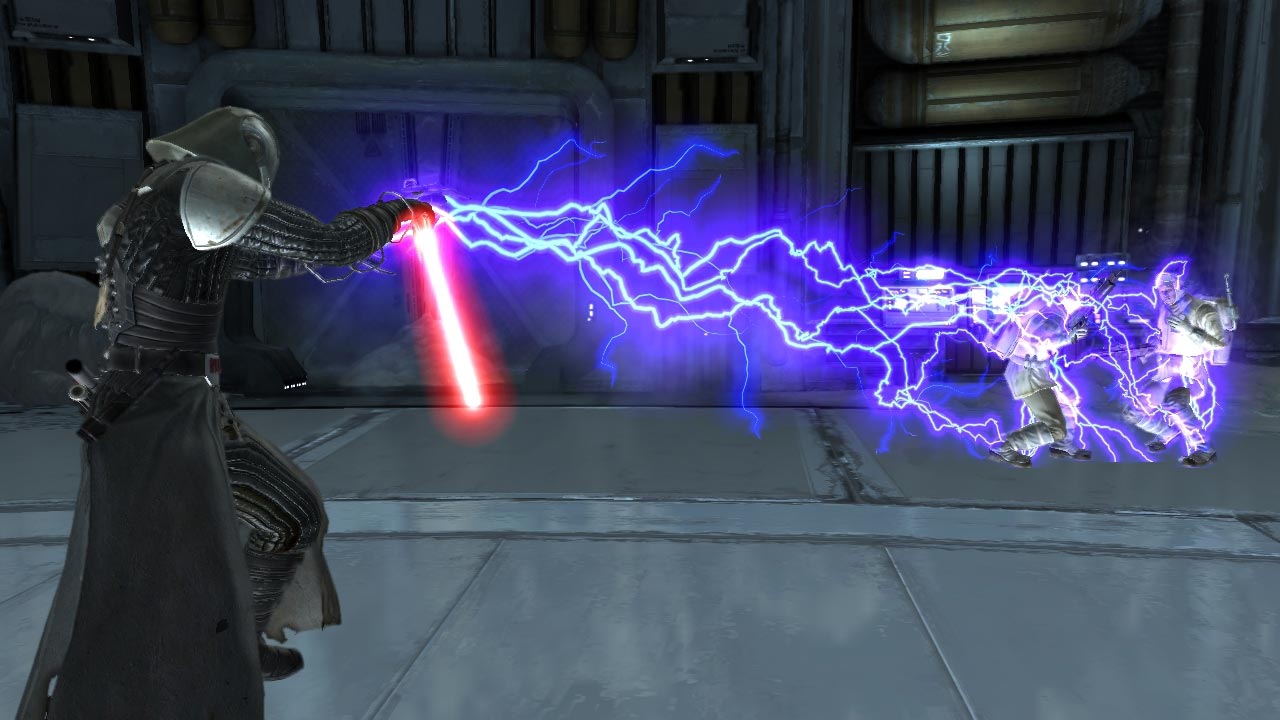 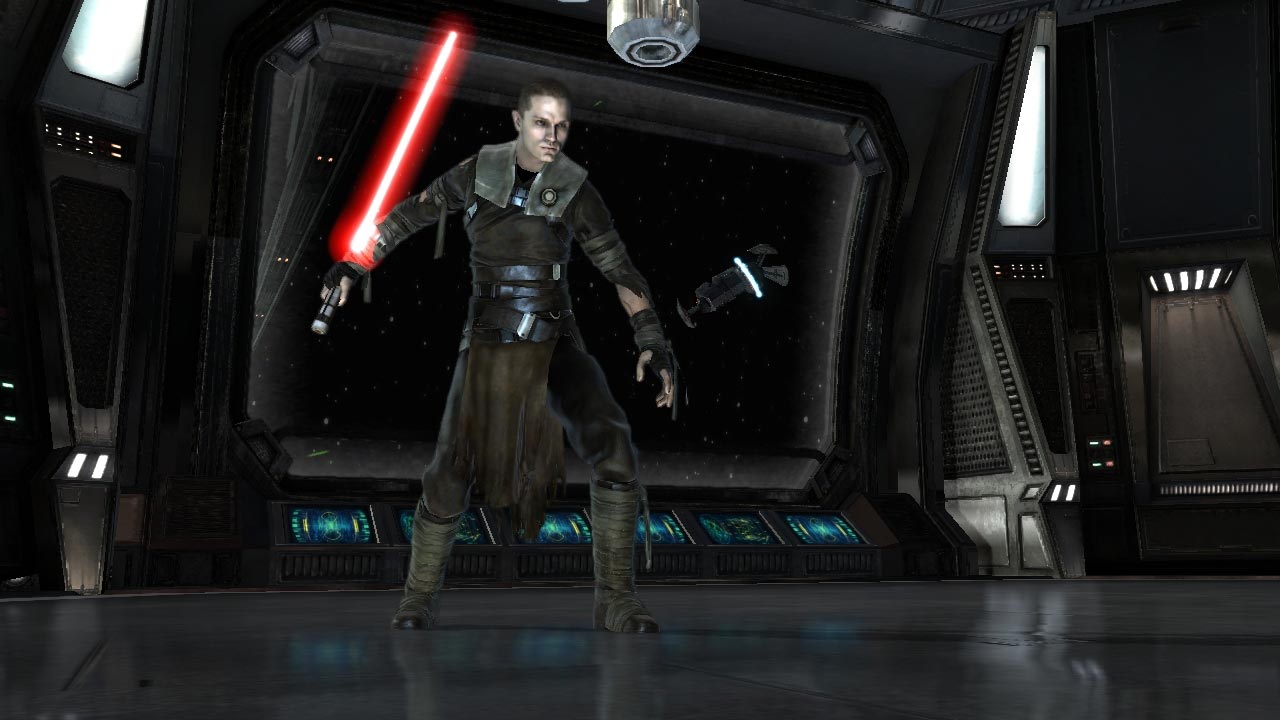 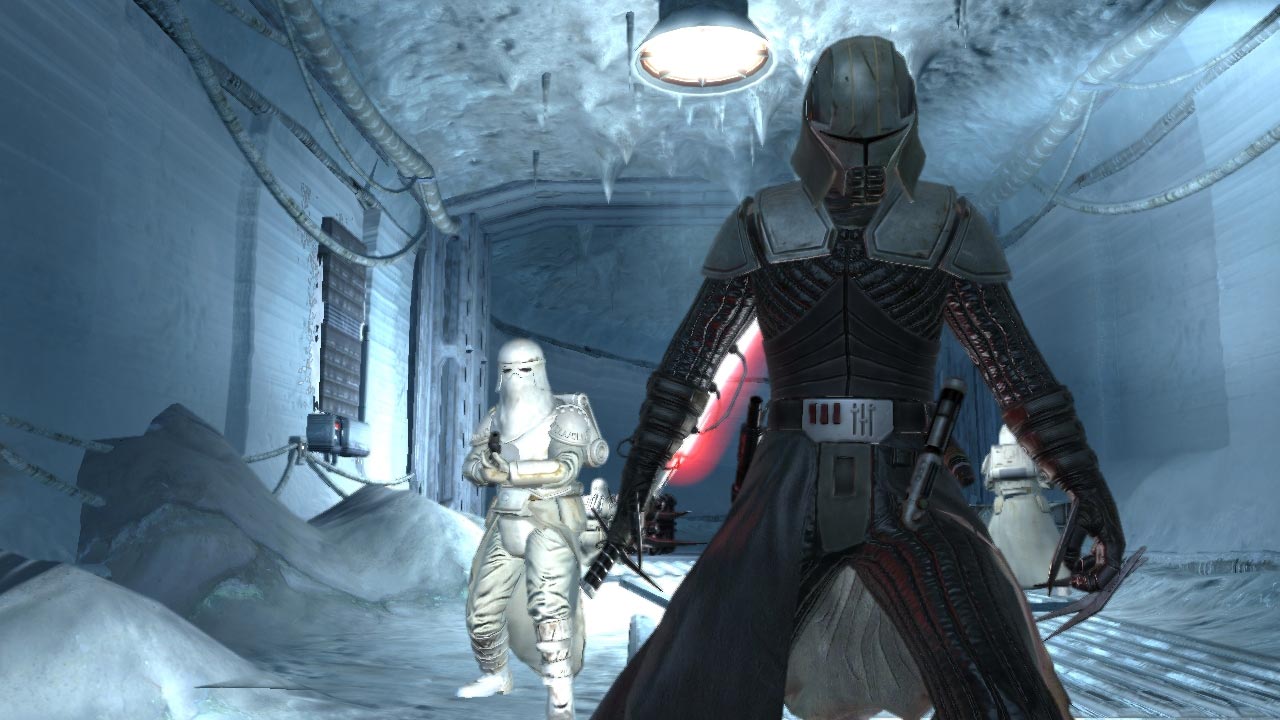 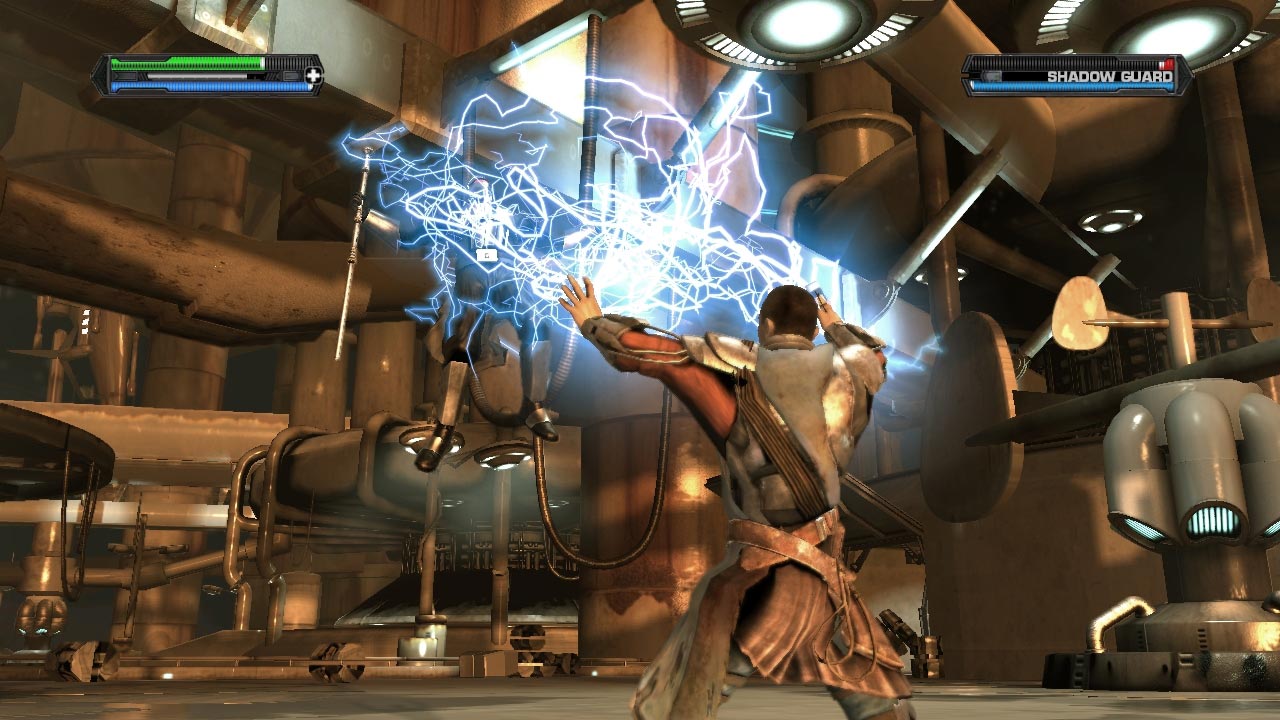 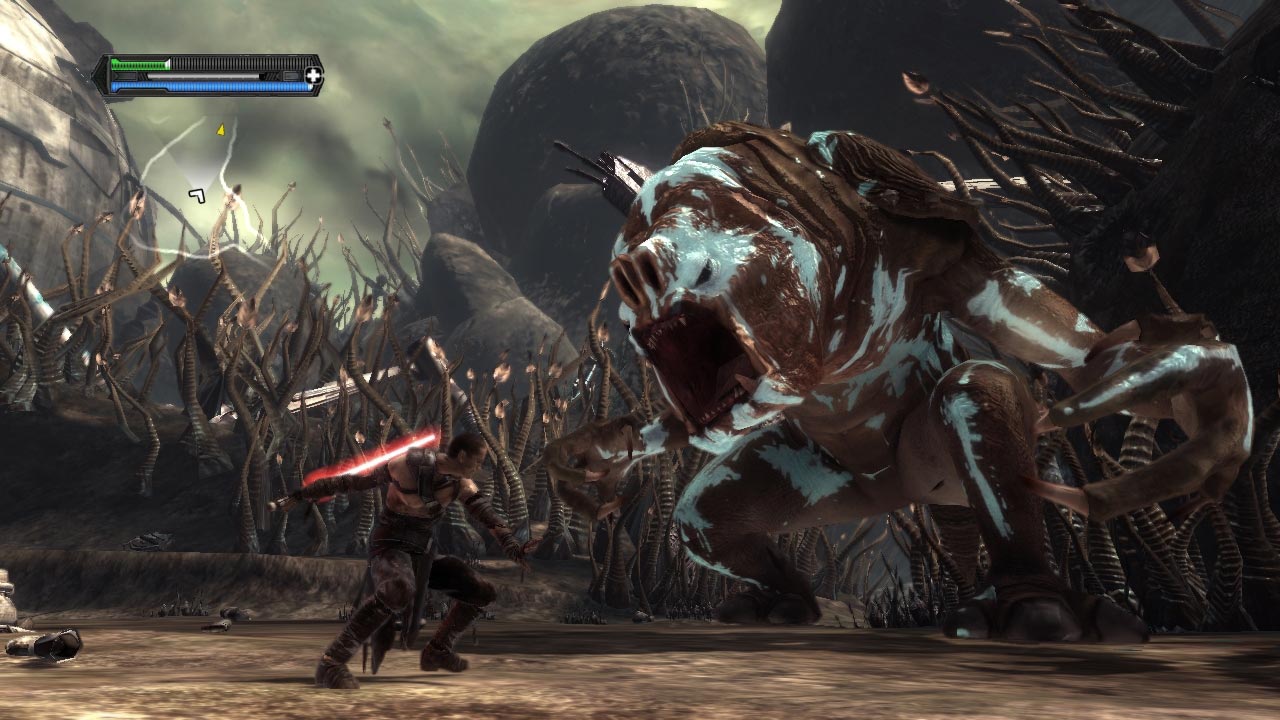 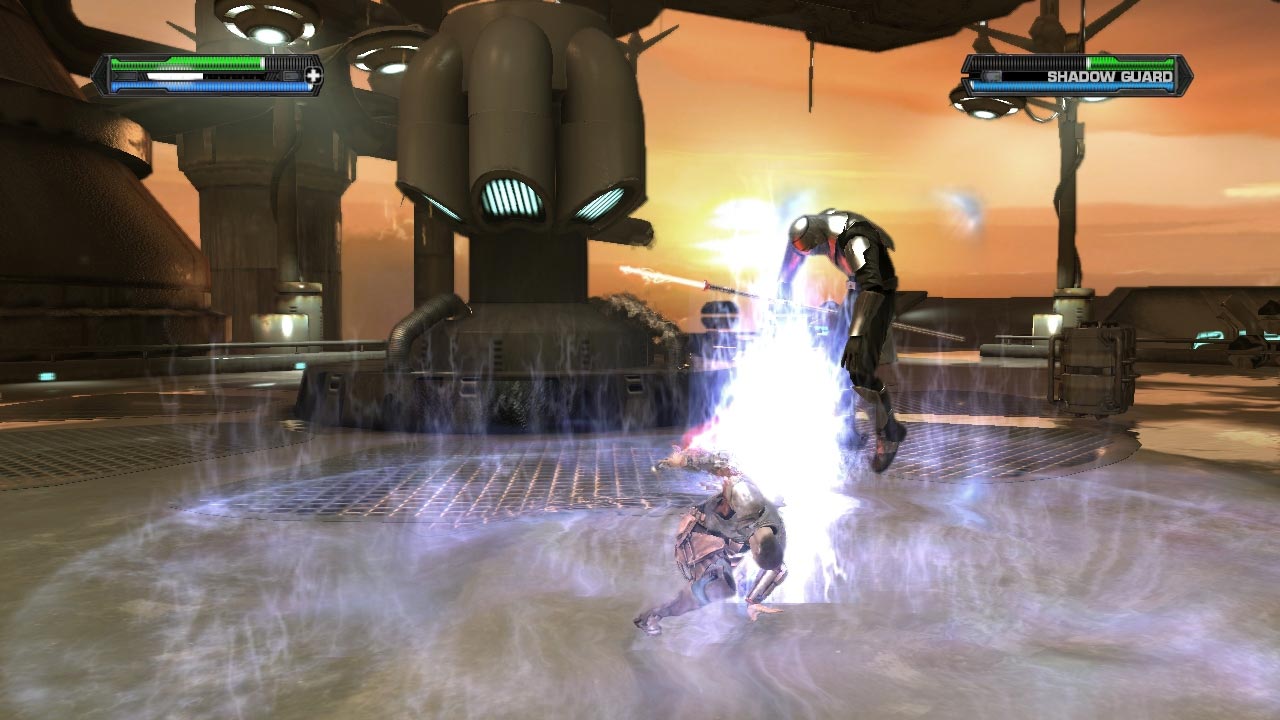 =========================================
Star Wars is a whole world full of amazing puzzles and secrets. Star Wars: The Force Unleashed lifts the veil of secrecy and provides answers to many exciting questions. The revolutionary game for the series serves as a link between the two trilogies of George Lucas, connecting the third and fourth episodes. The master personally worked on the plot, so be prepared for intrigue, amazing discoveries and shocking outcomes. The ultimate embodiment of evil in the Star Wars universe has always been Darth Vader, but now a new person is entering the scene. The secret student of the dark lord is still young, but is hardly inferior in strength to the most experienced warriors. The Empire entrusts its offspring with a crucial task - to destroy all the Jedi in the galaxy and destroy their famous Academy.

• Missing link. Star Wars: The Force Unleashed acts as a liaison between the two trilogies of the famous space saga and sheds light on the events that took place between the third and fourth episodes
• Imperial intrigues. A secret student of Darth Vader goes on a fateful mission that can change the course of history. He was ordered to burn down the legendary Jedi Academy and destroy the noble knights. However, no one knows what his mission will turn out in the end ...
• The power of the Jedi! Move objects through the air, hit opponents with lightning, grab and throw them at walls, reflect laser pulses with a lightsaber and master other incredible tricks! This you have not seen even in the movies!
•New faces. For the first time in the history of Star Wars, new heroes enter the scene. Unfamiliar Jedi and previously unappeared villains harmoniously complement the fantastic picture
• Familiar heroes. You will meet with your favorite characters, of which Lord Vader himself takes an honorable place
• At the cinema level. Star Wars: The Force Unleashed uses the latest technology, making the world look frighteningly believable. Any object obeys all the laws of physics: a tree burns, water fills the available space, plants break from impacts. Environmental features can be advantageously used in spectacular battles
• A special edition of Star Wars: The Force Unleashed - Ultimate Sith Edition, which includes three missions for the "loner" - Jedi Temple, deployed on Coruscant, where a student of Darth Vader arrives to find out the truth about his father. The second DLC will be more ambitious - it originates exactly where the fourth episode of Star Wars begins. But only with minor corrections - the place of Darth Vader is taken by his student, whom he cultivated throughout The Force Unleashed. The emperor sends the “new” Lord Sith to Tatooine with one goal - to kill Obi-Wan Kenobi, who has been hiding there since the third episode. Jabba the Hutt and the legendary bounty hunter Bob Fett will also meet there. Finally, the last and exclusive level for the Ultimate Sith Edition will take place on the Hoth planets, where in the guise of the same student of Lord Vader, we will encounter Luke Skywalker and crush the resistance forces once and for all

1. You need to download and install Steam http://steampowered.com/download/SteamInstall.msi (if not already installed)
2. Launch the Steam client
3. Create a new Steam account or log into an existing one
4. Go to the "Games" section and select "Activate on Steam"
5. Enter the activation key you purchased
6. After that, the game will appear in your list of games and it can be ins