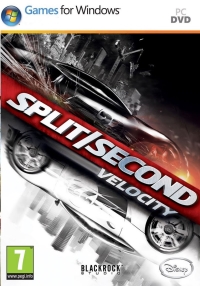 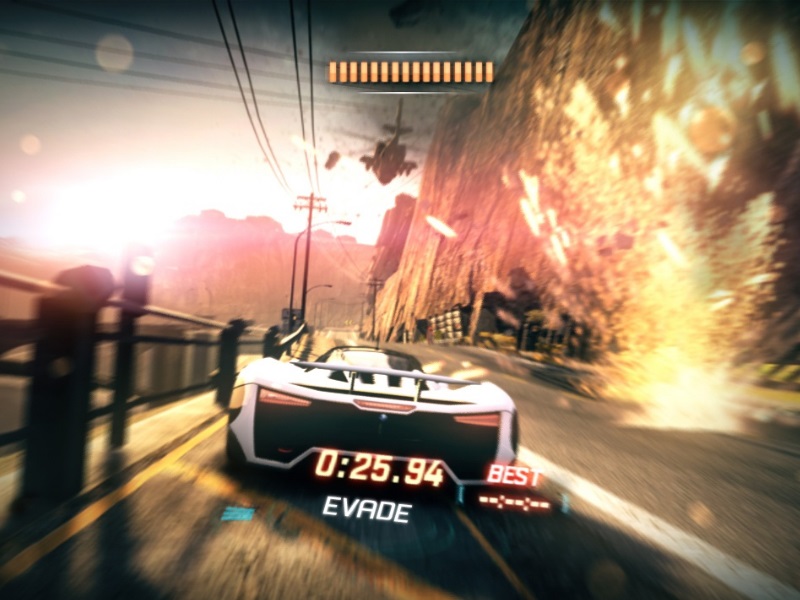 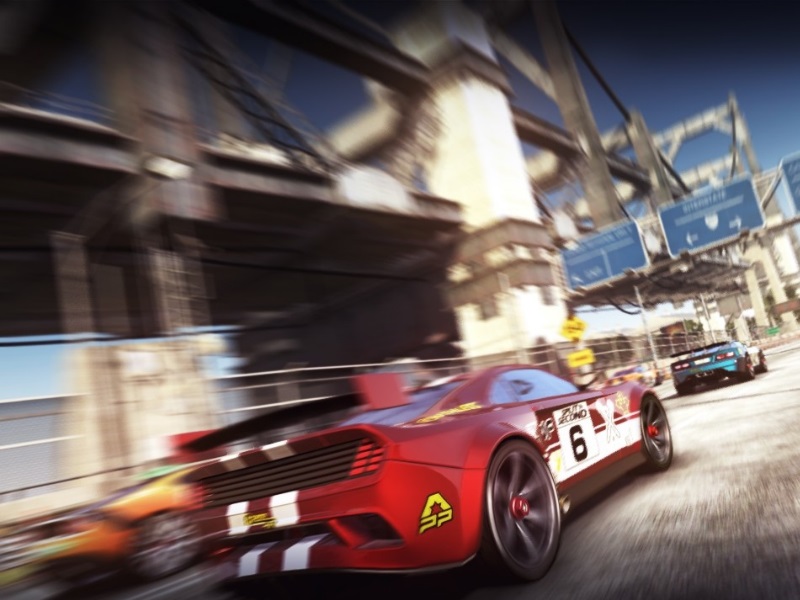 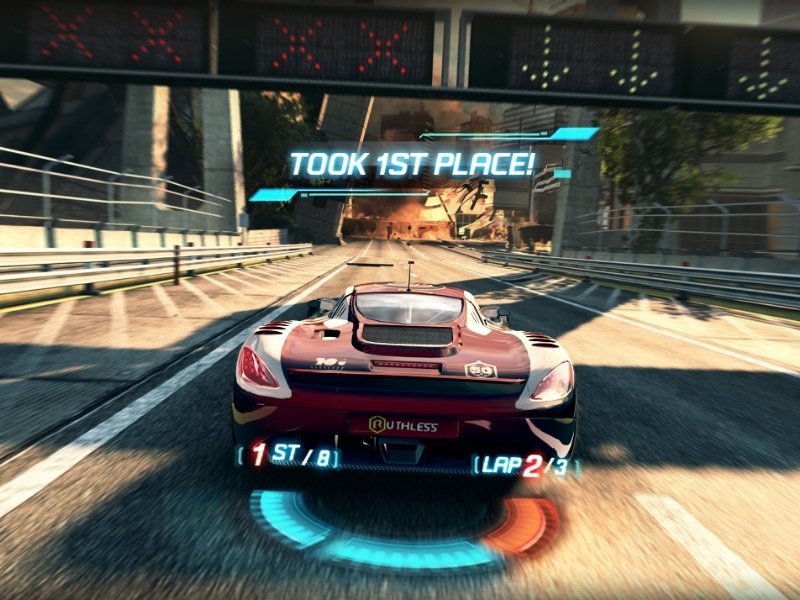 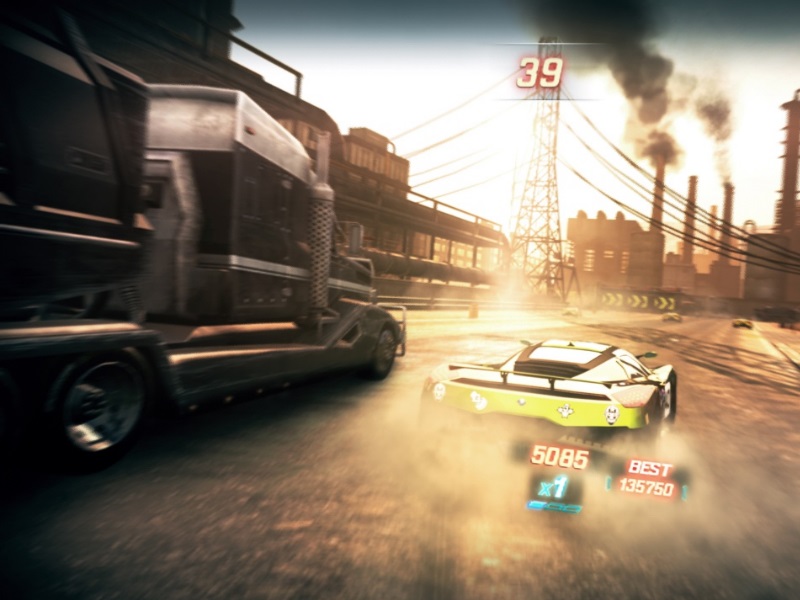 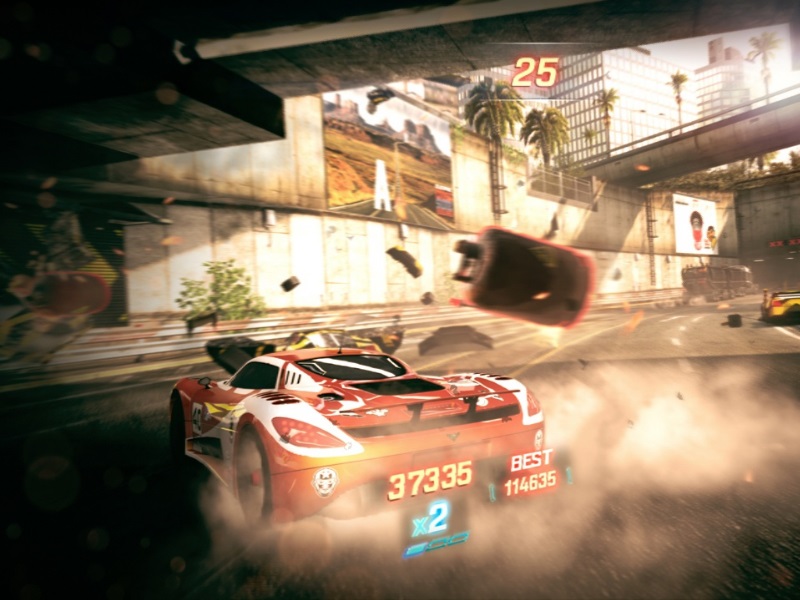 To whom give fast race, and the majority of people are eager for bread and circuses. New TV show is ready to satisfy all desires. TV cameras are installed on the streets of the city, and after each race the ratings are growing rapidly. And if for this you need to crush all the houses, parking, and the participants themselves - so be it! Everything is destroyed, threatening to forever bury the pilots under the rubble of bricks and cement blocks. Aggressive driving style - the only chance to stay alive and become a real champion. The game was developed by the creators of the magnificent Pure - one of the best races of last year, which won many prestigious awards. In the new project you will find amazing realism and incredible speed. But the main highlight - the ability to turn the track behind and in front of him, creating obstacles for competitors racing at full speed. Blow up bridges, destroy buildings, cut off the path, opening new forks and lanes - on these streets all means are good! And if the computer is no longer able to offer resistance, find worthy opponents online or arrange a joint race with a friend on the same computer.

Game features:
Your weapon is the city! Influence the course of the competition, changing the outlines of the city race track
No similar circle! Explosions and collapses change the outlines of the city, opening new paths and creating impassable obstacles.
Ability to play in multiplayer mode (up to 8 people)
Independent choice of race route
Large selection of cars
The presence of several game modes

Installation Instructions:
Download and install Steam (if not already installed);
Register an account on Steam or enter an existing one;
Go to the "My Games" section and select "Activate via Steam ...", read and accept the Steam Subscriber Agreement and enter the key received immediately after the payment;
After activation, the game will appear in the list of games and you can download it from Steam. The installation process (download) takes about 10-60 minutes (depending on the available Internet channel). Large-scale general combat with up to 100 players, control military equipment, build fortifications, determine the strategy of your team or make tactical decisions on the point of attack - any the path will give you an unforgettable experience and an incomparable gaming experience.