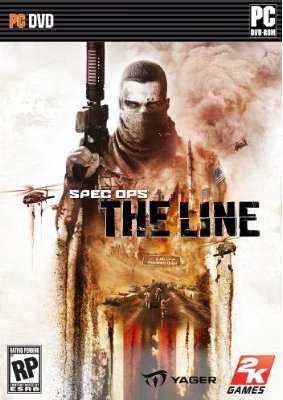 Uploaded: 11.07.2012
Content: p1390604.jpg 41,32 kB
Loyalty discount! If the total amount of your purchases from the seller DigiReal more than:
If you want to know your discount rate, please provide your email:

Paying the proposal you will immediately receive a license key PHOTOS out of the box with the game Spec Ops: The Line from the company 1C-Softklab for activation STEAM!

Spec Ops: The Line - an unusual cinematic third-person shooter that will make you enter into a confrontation not only with real opponents, but even with their own principles. Get ready to be in a world where there is no place the concept of "morality" and at every step we have to choose - who lives and who dies.
Dubai has been wiped off the face of the Earth horrifying cataclysm. The unprecedented dust storm turned the once magnificent city in ruins. And now you in the role of captain of Delta Force detachment Martin Walker will go on the hostile territory to find and return home of Colonel John Konrad.


Activation Key:
1. Download and install Steam - http://store.steampowered.com/
2. Register your new account on Steam or go to an existing one.
3. Go to the "My Games" and select "Activate via Steam", enter the key.
4. After activating the game appear in the list of games and you can download it from Steam.

All products are issued immediately after payment!
All your purchased items can always be viewed by clicking on the link:
http://www.oplata.info/