Soviet civilization. From the beginning to the present 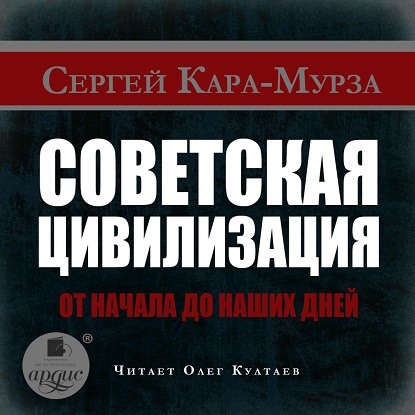 Soviet civilization is still alive today. She is alive in people, in their ideals. Alive in that colossal material and spiritual heritage, which we all, sometimes without noticing, use every day. She is alive, despite all attempts to destroy her, erase her from human memory. For 70 years, an incredible breakthrough has been made in almost all areas of life. The Soviet people showed that a fairy tale can be made come true. Almost all the social benefits available to modern Westerners are obtained under the influence of the USSR.

The author considers the book to be his most successful work. The newspaper "Zavtra" noted:
“This book could be called a ´textbook´, ´encyclopedia´ or even the ´bible´ of ´Sovietism´ as a unique form of civilizational community. In it, the author combined and creatively rethought the main points of almost all of his earlier works devoted to the ´Soviet civilization´. "

Related to item "Soviet civilization. From the beginning to the present":