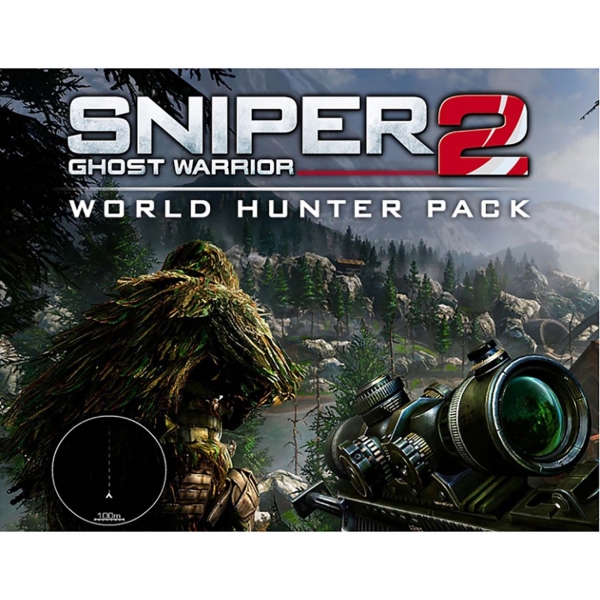 Uploaded: 29.09.2020
Content: text 17 symbols
Loyalty discount! If the total amount of your purchases from the seller Meshkov K. more than:
If you want to know your discount rate, please provide your email:

Meshkov K. information about the seller and his items
offlineAsk a question

For activation on the territory of the Russian Federation.

Sniper Ghost Warrior 2: World Hunter Pack is a set of four maps designed for Team Deathmatch and Squad Deathmatch multiplayer modes. The original game is required to run the add-on.

COLD-BLOODED ARROW
Sniper Ghost Warrior 2 is a real sniper action game in which you have to show deadly accuracy when eliminating targets. The shooter is ready to boast of realistic ballistics and improved shooting mechanics - in order to deal with enemies, you will need to take into account wind and distance, gravity and a decrease in the trajectory of a bullet. At the same time, one should not expect mercy from the enemies - the opponents will happily try to bypass the hero or undertake a frontal attack.

ALWAYS IN THE SIGHT
The developers have presented several extensive locations - try to complete tasks among cityscapes, in the jungle and even in the mountains. Despite the fact that the battle is carried out at ultra-long distances, you can admire successful shots with the Bullet-Cam function. Sniper Ghost Warrior 2 has plenty to do for beginners and true pros alike, as CIGames has provided three difficulty levels that radically change gameplay.