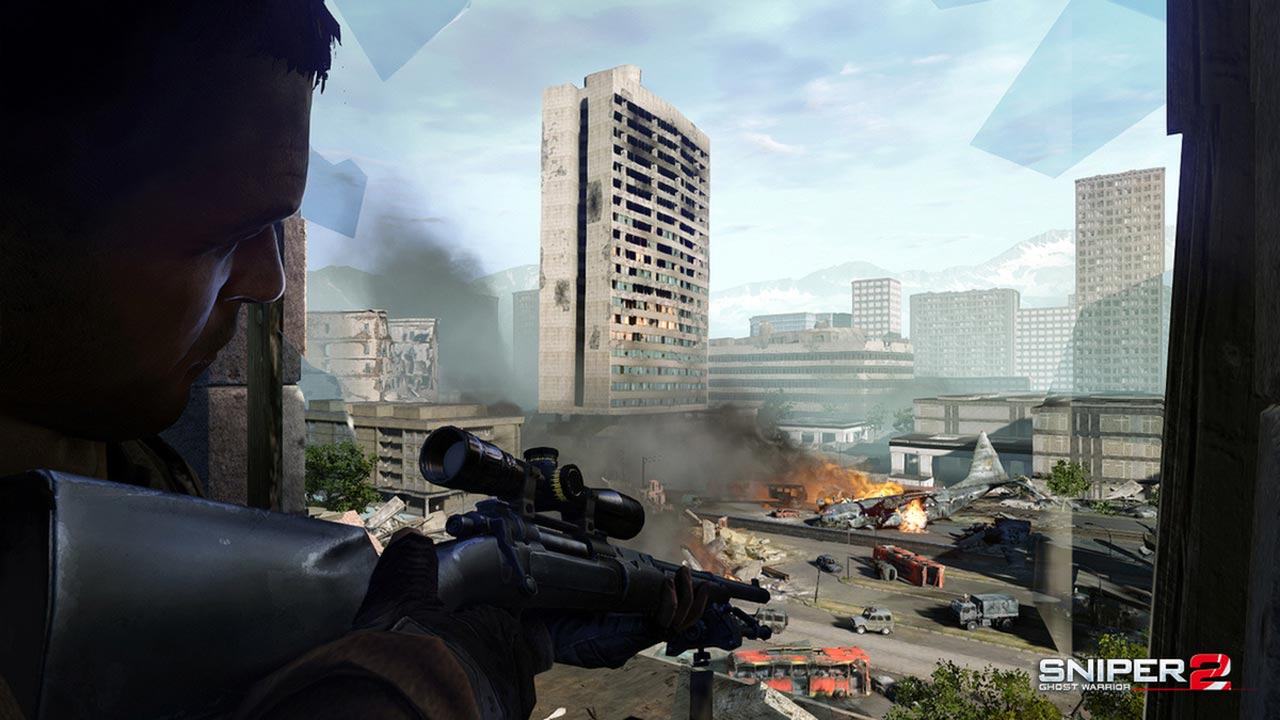 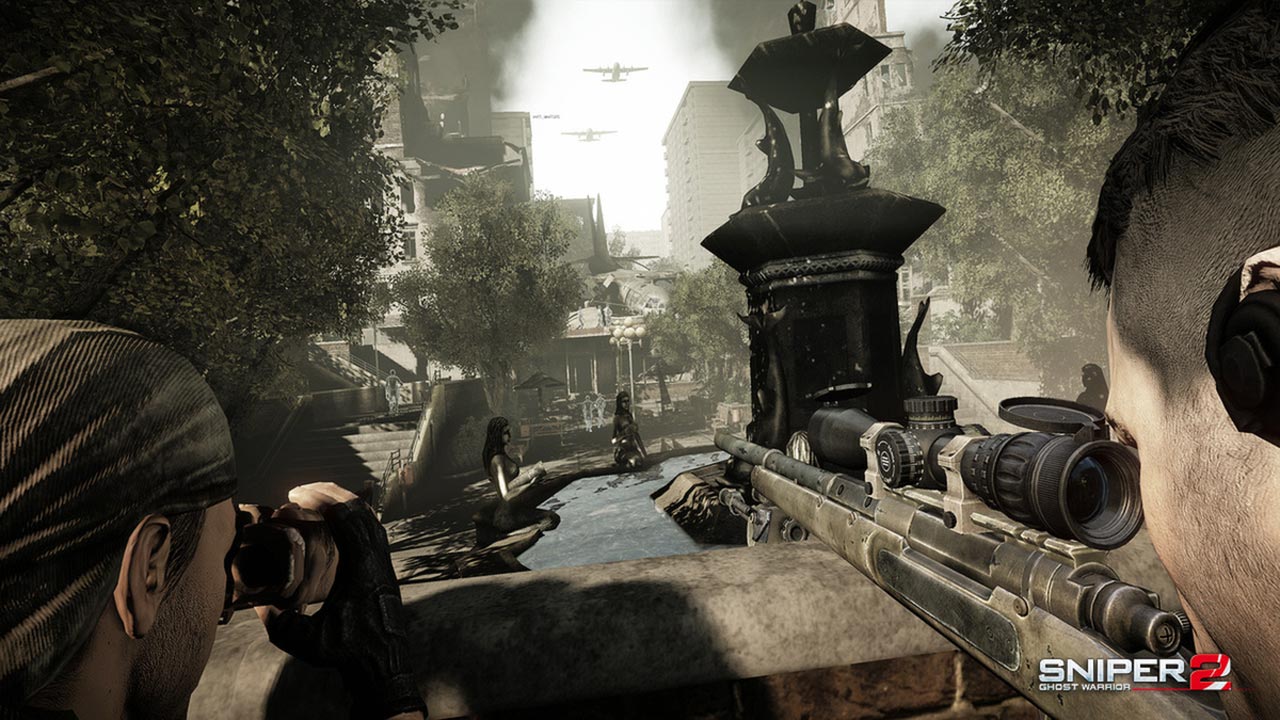 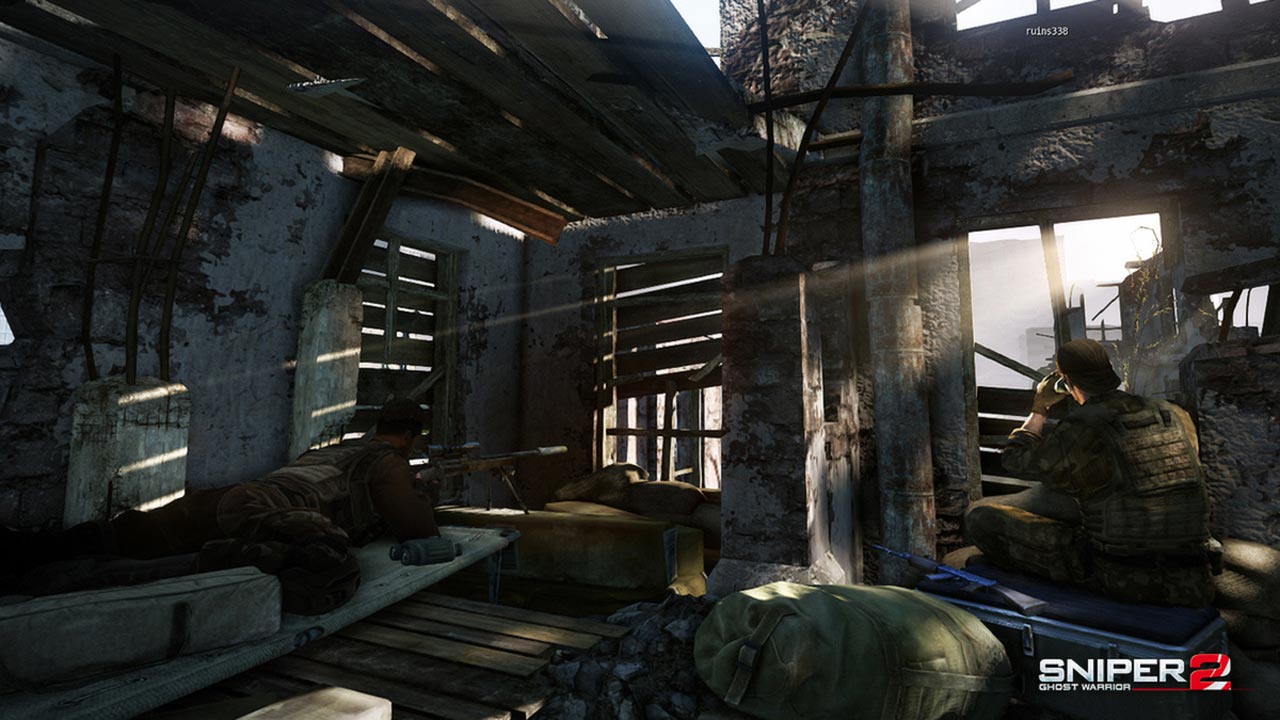 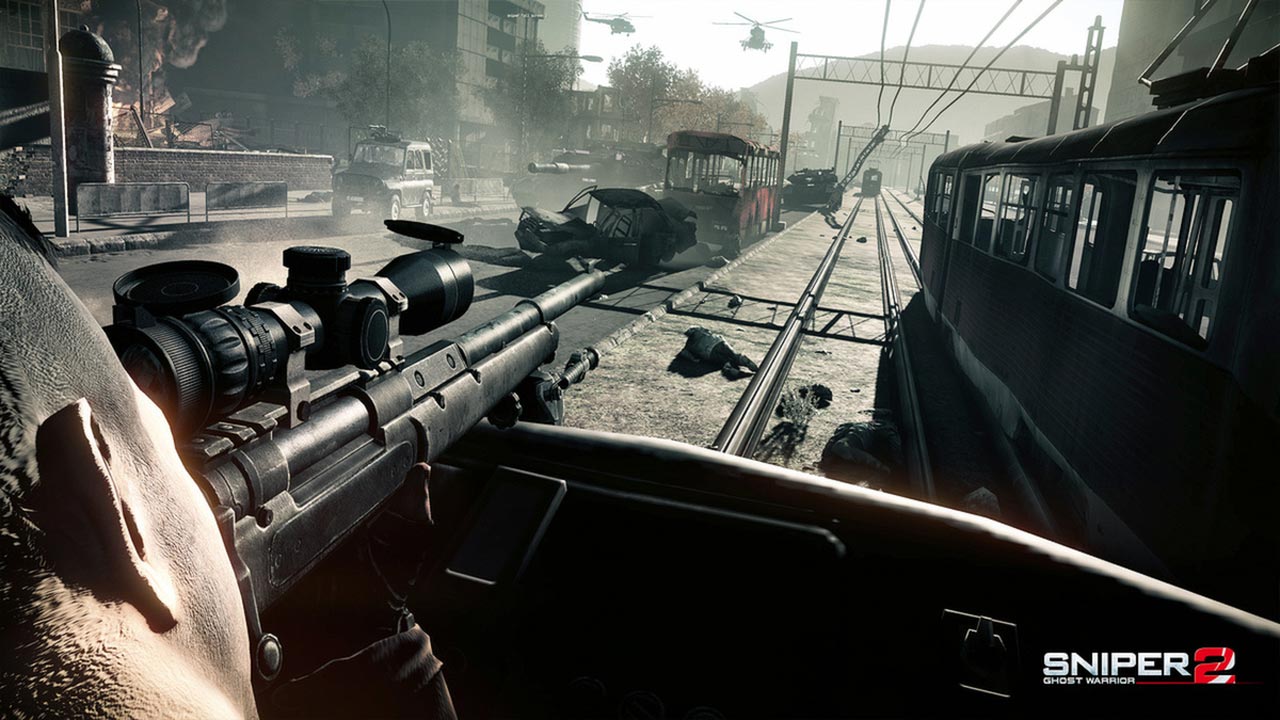 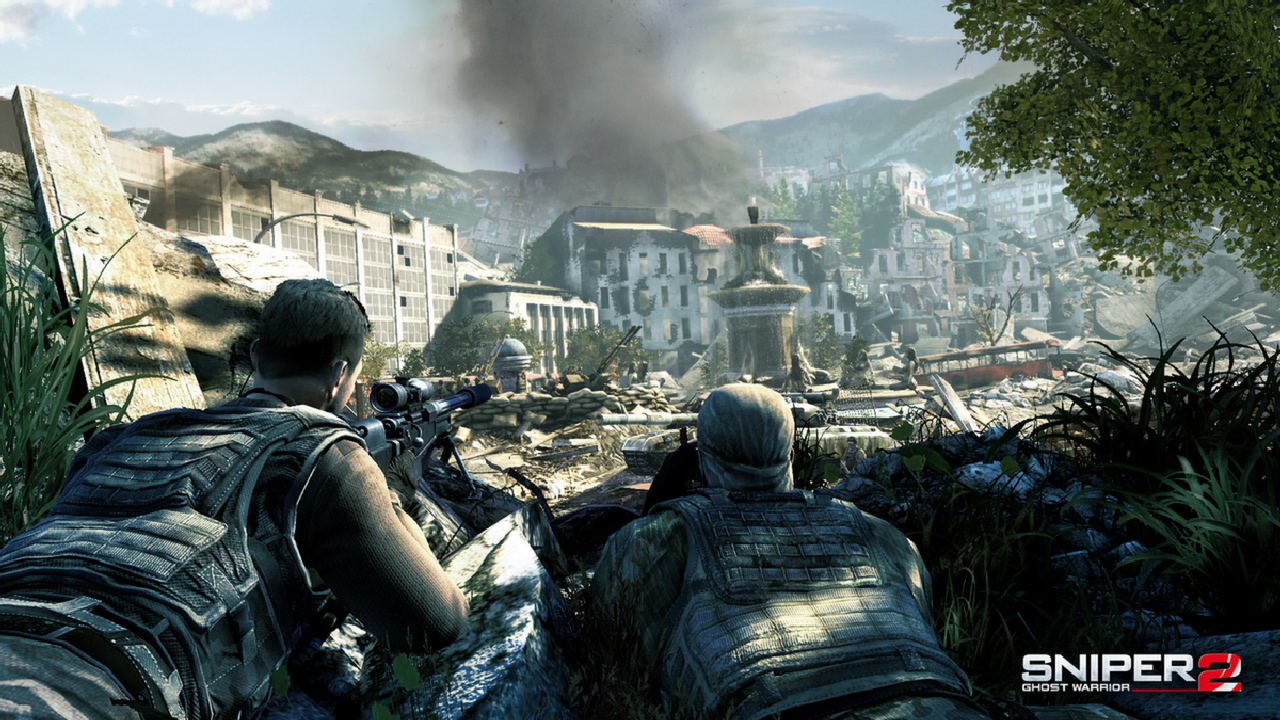 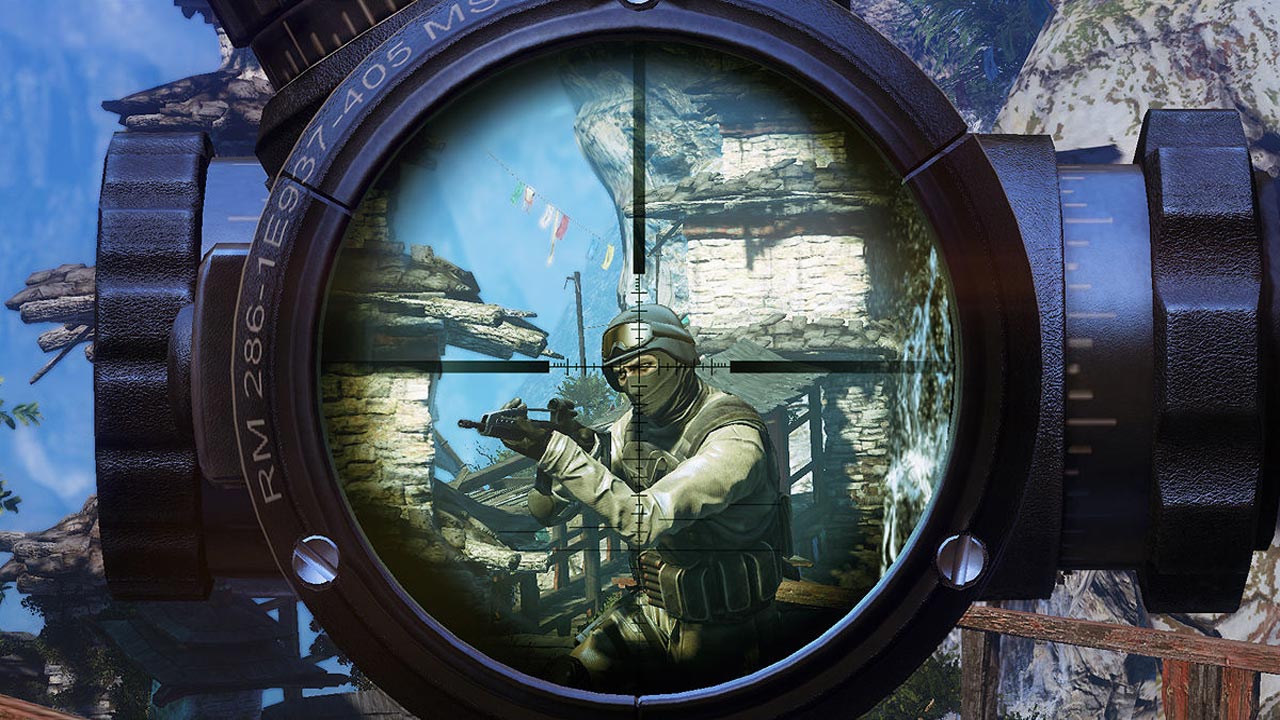 
Sniper: Ghost Warrior 2 is the only cross-platform modern first-person shooter fully centered around the role and skills of the sniper. It combines the deadly precision of its predecessor with exciting new challenges, an improved skin system, and the thrilling one-shot-one-kill precision that made the first game a hit with 3 million copies sold. Armed with the benefits of Cry ENGINE 3, Sniper: Ghost Warrior 2 also features stunning graphics.

• Tracking controller movements: an innovative innovation in which the way the player touches the joystick affects the shot in the game. As in the real world, shooting in the game requires a firm tap - for a more accurate shot. Lubricate the press - and the bullet will break off to the side without hitting the target and notifying the enemy, very quick for reprisal, about your presence.
• Realistic ballistics: the trademark of the Sniper franchise is a realistic flight of bullets. Wind speed, distance, gravity and bullet descent play critical roles in calculating the outcome of your shot.
• Improved shooting mechanics: the correct breathing technique in order to lower the heart rate is just as important as the ability to calculate the moment to fire - and the best snipers control both their heart and their head.
• Improved enemy AI: the artificial intelligence system has been completely redesigned and recreated from scratch. Many of these improvements are made possible by the move to Cry Engine 3. Expect everything from a flank to a frontal attack when the enemy tries to get at you in close combat, where your rifle becomes less effective.
• New locations with many objectives: Sniper Ghost Warrior 2 adds new urban locations (such as Sarajevo) and dangerous mountain landscapes, as well as lush and deadly jungle.
ВЂ Different levels of difficulty: to diversify the gameplay and make it accessible to the widest audience, CIGames presents three levels of difficulty, which completely change the mechanism of the game.
• Bullet-Cam: The beloved gameplay feature returns to reward you for superior shots and show the battlefield from a whole new perspective. See what the transfer of kinetic energy - the real stopping power of a bullet - can do to an enemy 1000 meters away or even further away!
• Penetration ability of bullets: cover does not mean protection. In Sniper: GhostWarrior 2, bullets behave like in real life and are capable of wounding enemies hiding in different cover.
• Expanded arsenal of sniper rifles: try the most advanced sniper rifles in the world! Each carefully replicates the original to accurately simulate the modern weapons used on the battlefield today.
• New equipment: you are not afraid of the night! Thermal and night vision optics, as well as a pair of powerful binoculars, are essential to spot the enemy before they spot you.

1. You need to download and install Steam http://steampowered.com/download/SteamInstall.msi (if not already installed)
2. Launch the Steam client
3. Create a new account on Steam or go to an existing one
4. Go to the "Games" section and select "Activate on Steam"
5. Enter the activation key you purchased