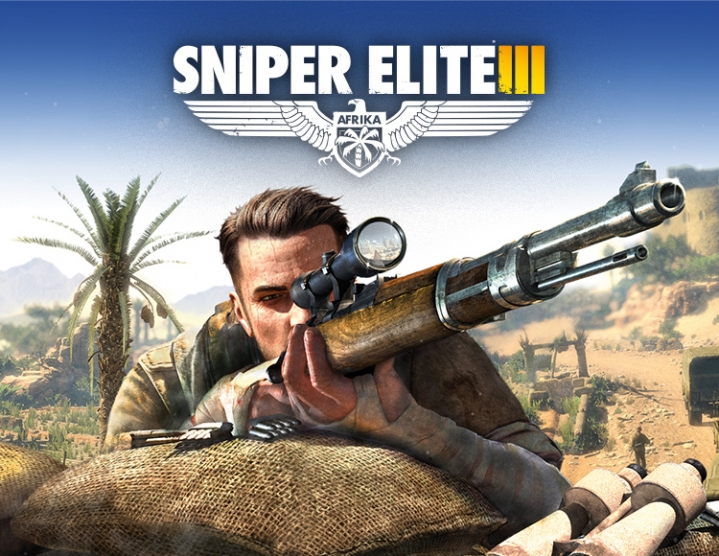 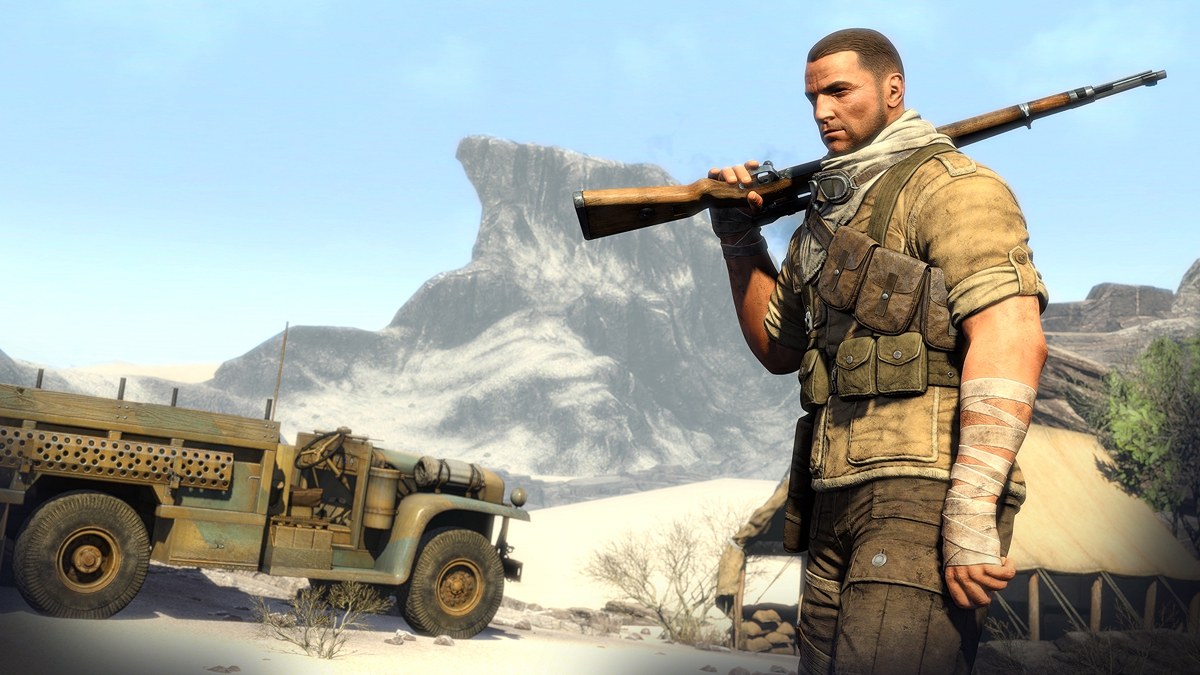 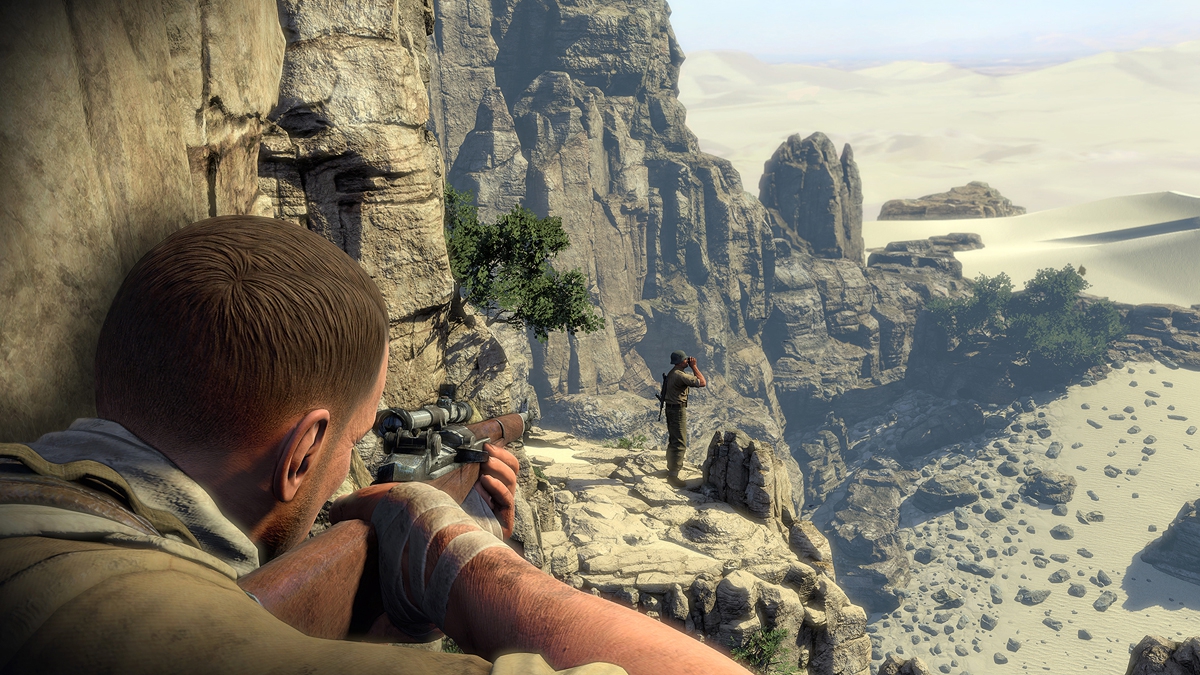 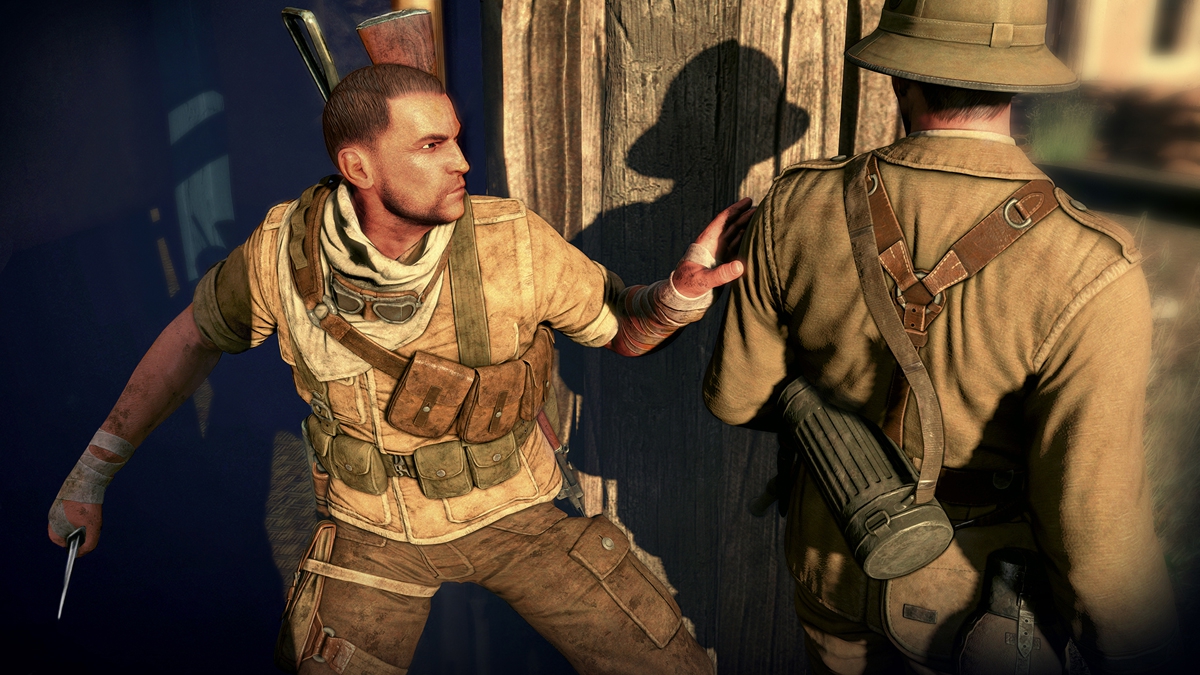 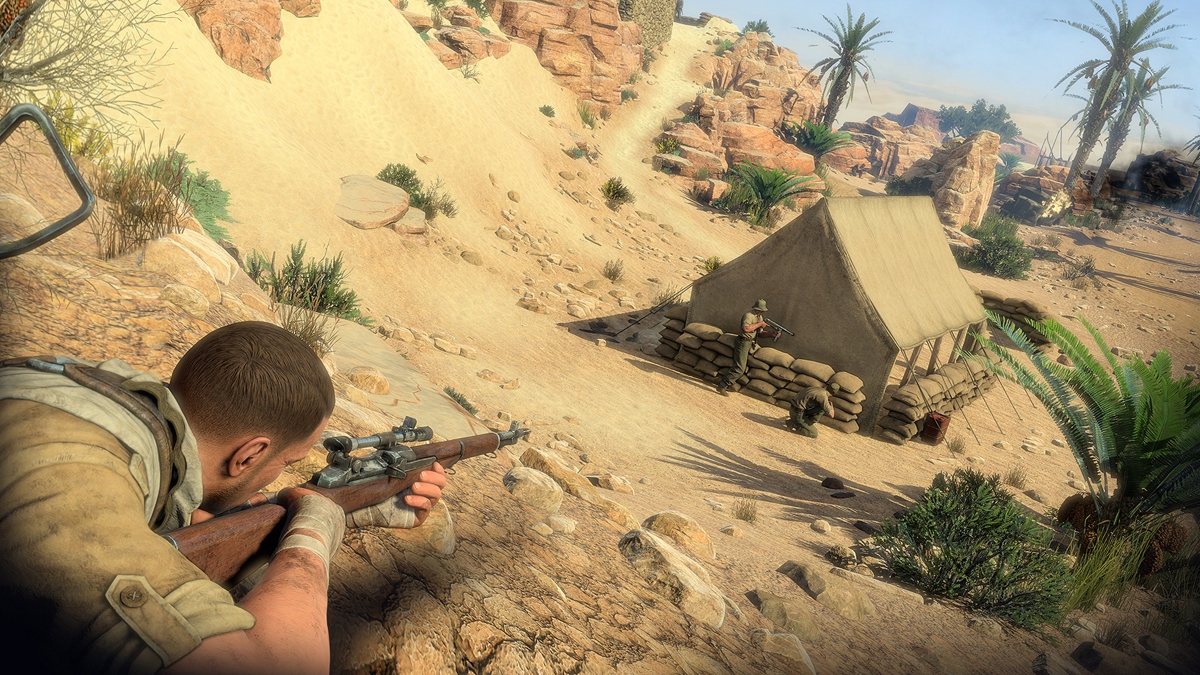 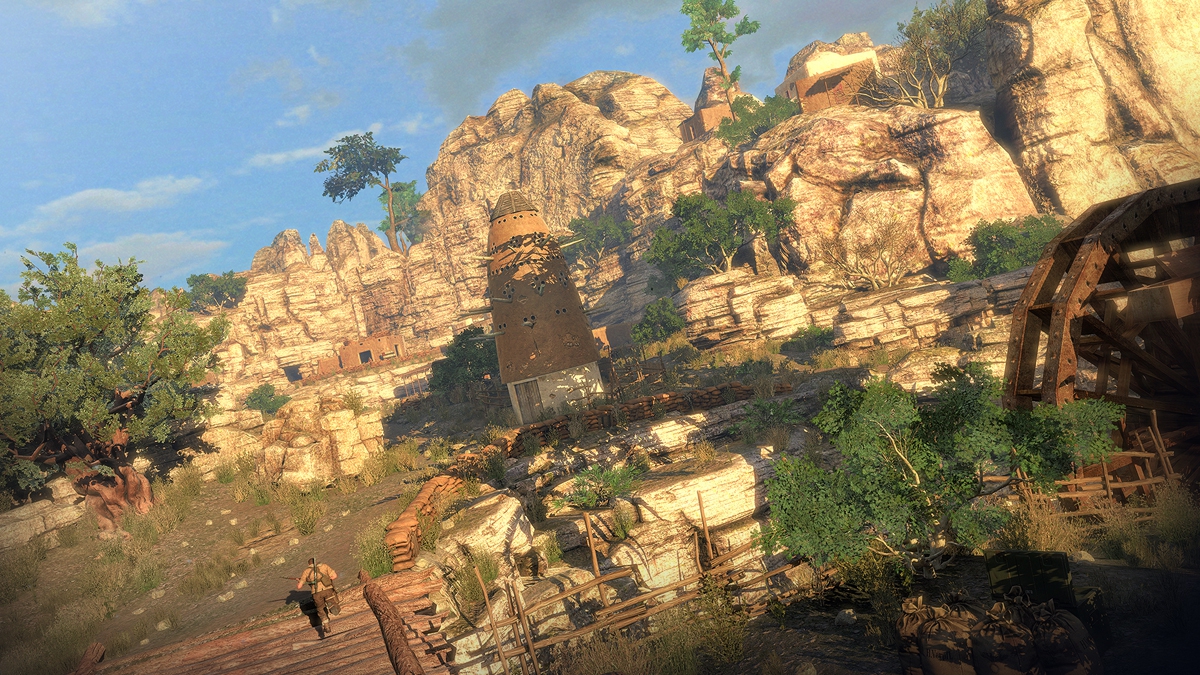 Description:
The Sniper Elite III focuses on giving the player freedom of choice. The game shows a large and diverse world, allowing you to use different tactics and game styles. The action takes place in exotic and deadly North Africa during the Second World War. The special agent of USS Carl Fairburn penetrates the front line, using his skills as an experienced sniper, to help the Allies to fight the formidable German Tiger tanks in the Western Desert.
But Carl´s main concern is not the famous African Corps. Soon he will learn about the plans for the creation of the Germans "wunderwaffe" - a miracle weapon capable of crushing everything in its path and turning the whole course of the war. Features:
Watch. Plan it. Kill it. Adjust. A variety of environmental conditions allow the player to choose how he will pass this or that mission. Numerous non-linear routes, passing both in the horizontal and in the vertical plane, make it possible to eliminate enemies in a variety of ways.
Change of position. The sniper should always think about the ways of retreat. Explore the world around you to find or create conditions suitable for your style of play. At your disposal are sniper positions, ambushes, alternative approaches, sound masks and various traps. Define priorities when choosing goals to gain an advantage, hide in the shadows and in the dark so that soldiers will not notice you and mislead enemies by changing positions.
The world. Battlefields in North Africa during the Second World War are quite diverse and very different from European, allowing you to fire from sniper weapons from a much greater distance. Play among the mountain ranges and huge plateaus, busy cities and remote small settlements.
Improved AI. Intelligent use of information about your location and the construction of an attack route - a rebuilt AI system, with an emphasis on team action and tactics, makes the fighters of the African corps much smarter and more dangerous, but at the same time allows the player to make a more meaningful choice. With the support of various motor vehicles - from off-road vehicles to tanks - the African Corps is a force that you will have to reckon with.
Setting up weapons and character. Earn experience and get ranks in both single and multiplayer games to unlock more than 40 unique items and assemble an ideal rifle that best suits each mission and your style of play. Create individual sets of outfits and save them for single and multiplayer games.
Improved bullet camera. Now it shows even more details, including the circulatory and muscular system.
New camera bullets for cars. Now the camera turns on and shooting on vehicles, such as an APC or a tank. Multistage destruction of technology allows you to create prerequisites for a decisive shot. Shoot through the observation slots and watch how the crew members die inside the car!
A multiplayer game. SE3 relies on the experience of multi-user modes of previous games of the series and is designed for both competition and joint actions of players. The game has 5 competitive modes, both for playing in the team, and for lone wolves, including "King of distances" and "No contact", with the choice of the card before the start of the game. Extensive open spaces allow you greater freedom of movement and allow an experienced sniper to fire from ultra-long distances. Earn medals and chevrons to become an ideal sniper.
Joint passage. The return of the regimes you love will allow those who prefer a joint game, choose missions for the "Two" or the new "Survival" mode. In the "Two" mode, one of the players plays for the sniper, and the other for the spotter. In order to successfully complete a mission, th

LI LY HERO FOR HEROES OF THE STORM KEY INSTANTLY