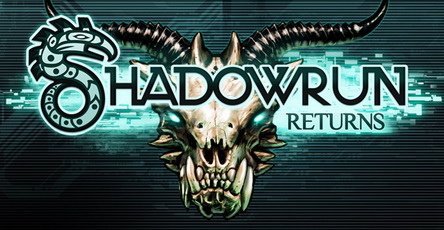 Uploaded: 02.03.2020
Content: text 43 symbols
Loyalty discount! If the total amount of your purchases from the seller SOFT-KLUB more than:
If you want to know your discount rate, please provide your email:

Seattle´s concrete jungle is being wielded by a serial killer. Its trail leads from dark slums to the shining skyscrapers of the most powerful megacorporations. Danger lurks at every turn. If you want to survive, you will have to enlist the help of other runners and put yourself at the service of both modern technology and the unpredictable powers of magic.

The unique Shadowrun universe combines elements of fantasy and cyberpunk. Over the twenty-five years of its existence, it has won the hearts of many fans, and now its creator Jordan Weisman invites you to return to this wonderful world with him. He breathed new life into the board strategy, turning it into a computer role-playing game with elements of tactical turn-based combat.

Game Features:
★ Exciting tactical battles: when it gets hot, a few moves separate victory from defeat. Plan your actions carefully - use available cover, melee attacks and destructive spells to defeat the enemy. An impressive arsenal of cold and firearms and a variety of charms makes each battle unique and unlike the others. A successful raid requires a coordinated team action, equally possessing combat, technical and magical skills.

★ Detailed character development system: select the archetype of your hero at the beginning of the game and make it the way you want to see it! Street samurai and mystic adepts own deadly martial arts, magicians and shamans summon powerful allies and use destructive spells, while riggers and matrix specialists provide technical support to the squad, projecting their consciousness into combat drone robots and computer systems. The expanded character development system in Shadowrun Returns will allow you to make a protagonist to your liking. Want to play an orc shaman who summons spirits and uses cybernetic implants and modern weapons in battle? You are welcome!

★ Colorful 2D / 3D graphics: Shadowrun Returns dynamically combines three-dimensional characters and shadows with hand-painted scenic scenery. Illustrated portraits enliven dialogue and give expressiveness to the heroes. Explore the world: you have to visit a variety of places, from the slums of the Redmond Wastelands to the extravagantly decorated offices of powerful corporations.

1. You need to download and install Steam http://steampowered.com/download/SteamInstall.msi
2. Log in to your account or register a new one.
3. Go to the "My Games" section and select "Activate via Steam ...", and enter the key received after payment.
4. After activation, the game will appear in the list of games (Library) and you can download it