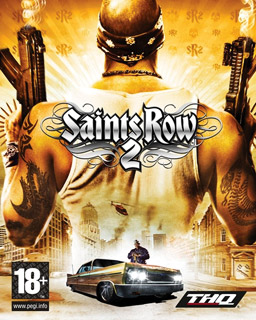 Hamalik information about the seller and his items
offlineAsk a question

The key of the game you get Crazu after payment in the window that opens after the payment, as well as link to the page with the key will come to your e-mail specified at purchase.

• demands respect. Build your empire using an arsenal of rocket launchers, heavy machine guns and remote-controlled charges.
• crush competitors. Take a company in cooperative mode or participating in an online multiplayer chaos.
• Pimp yourself. Commit polish his lair, the gang and a wheelbarrow. There are no restrictions when setting up your character.
• Saints Row 2 - continuation of the cult action movie, the first of which became a hit on video game consoles market. Saints Row 2 - only for today worthy alternative to GTA IV.
• The concept of free gameplay, allowing to pass the game again and again.
• Ability to drive any vehicles encountered.
• The richest possibilities for creating the appearance of the character is not available in any other game.
• Ability to pass the storyline campaign with friends - unique to the genre of games, provided the player only in the Saints Row 2

Activation Key:
1. You need to download and install Steam http://steampowered.com/download/SteamInstall.msi (if not already installed)
2. Register a new account on Steam or go to an existing one.
3. Go to the "My Games" and select "Activate via Steam ...", read and agree to the Steam Subscriber Agreement and enter the key received immediately after the payment.
4. After activating the game will appear in the list of games and you can download it from steam. The installation (download) takes about 15-50 minutes (depending on your Internet channel).