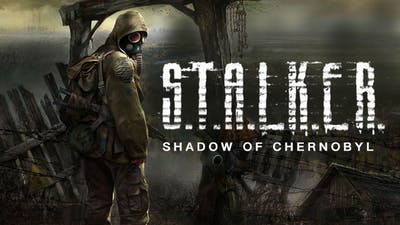 ABOUT THIS GAME
In 1986, the worst nuclear disaster in the world occurred at the Chernobyl nuclear power plant. The Soviet authorities established an Exclusion Zone around the crash site, but a second explosion shook the reactor in 2006, creating the Zone as we know it - a dangerous radioactive site filled with strange, anomalous energy that has become a habitat for mutated creatures. The zone is fenced off by the military, who are ready to shoot to kill anyone who is stupid enough to get into it.

year 2012. The zone is still a dangerous place that poses a threat to all of humanity. Mercenaries, bounty hunters and explorers are advancing deeper into the heart of the Zone, hoping to obtain strange ´artifacts´ infused with anomalous energies. To sell them on the black market, or to try to find the ´truth´ of the Zone. Whatever their initial motivation, these people began to be called stalkers - from STALKER, which stands for Scavengers, Trespassers, Adventurers, Loners, Killers, Explorers and Robbers (robbers).

You will have to find your own path to survive in the Zone!

A storyline woven into a non-linear open and lively game world.
Accurately modeled buildings and real-world locations from the depths of the Chernobyl Exclusion Zone.
Unique gameplay of the ´Survival FPS´ genre - with a combination of action, stealth, survival and RPG elements that will leave you an unforgettable experience in the Zone.
Artificial Intelligence Threat Assessment System - NPCs react to changing environments and situations.
Realistic combat mechanics with precise ballistics system.
The system of dynamic change of day and night, as well as changing weather conditions affect the gameplay.
Improved physics and dynamic lighting effects powered by the ´X-Ray Engine´.
Intense multiplayer battles supporting up to 32 players.