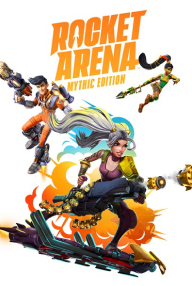 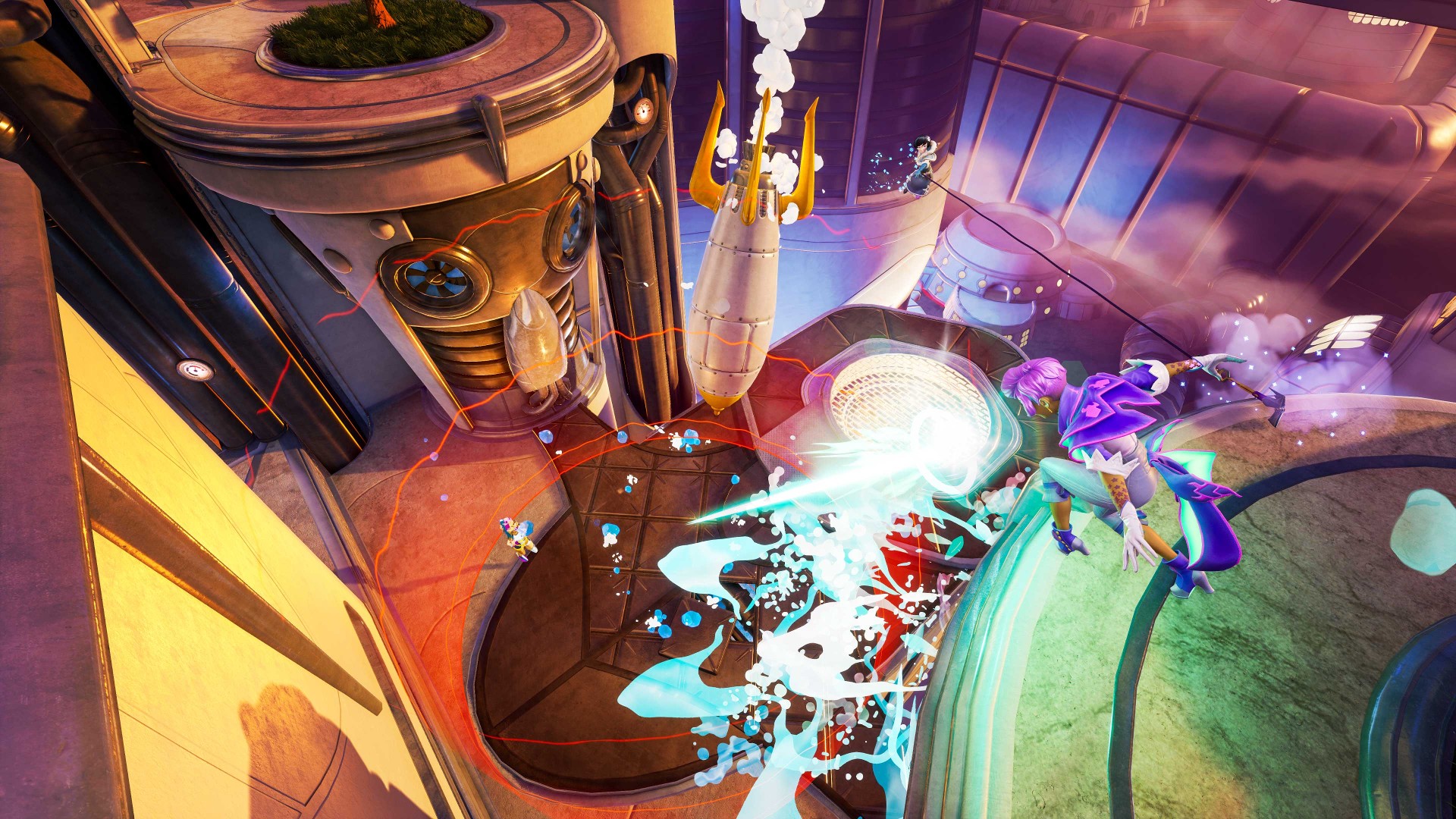 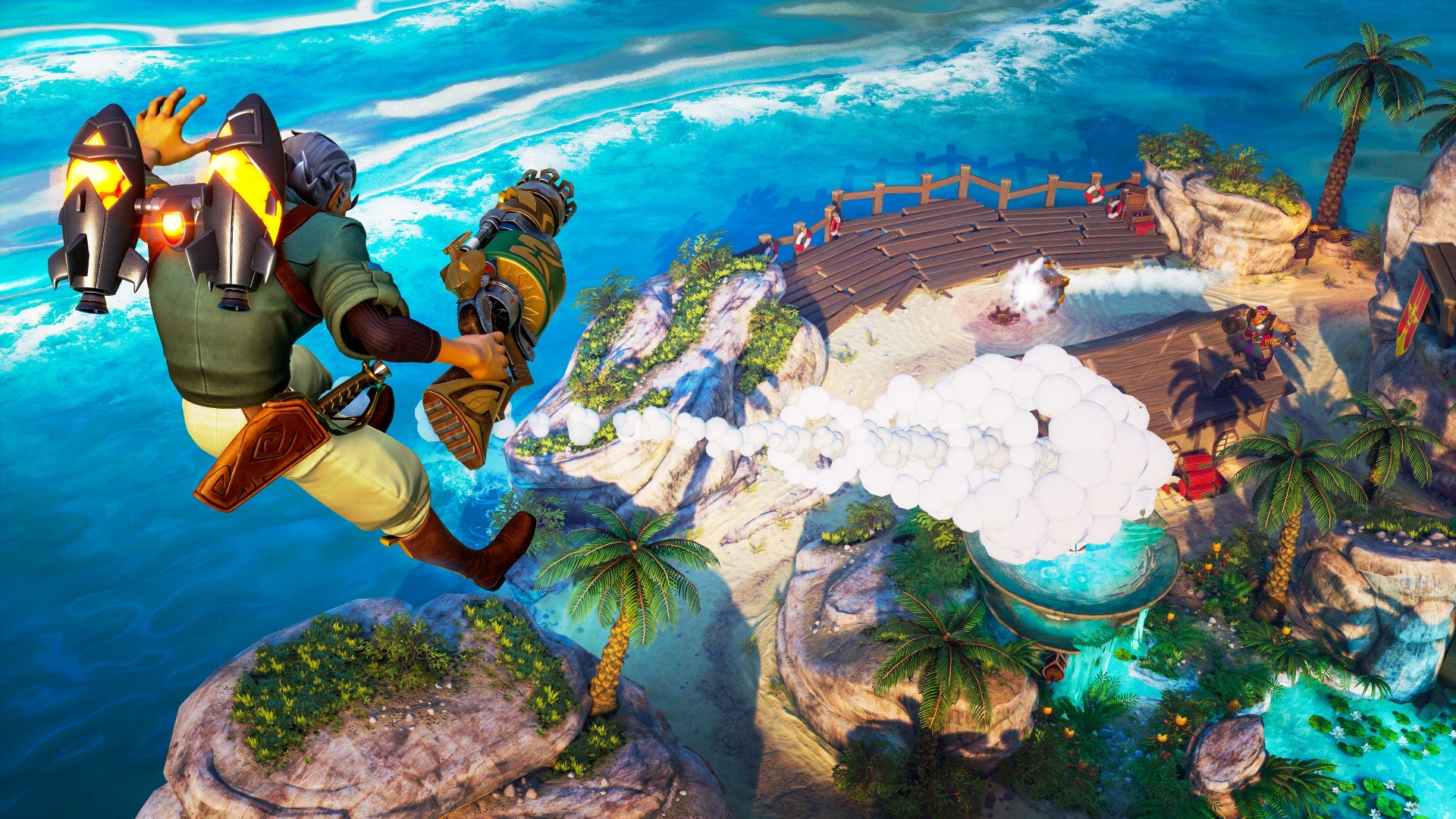 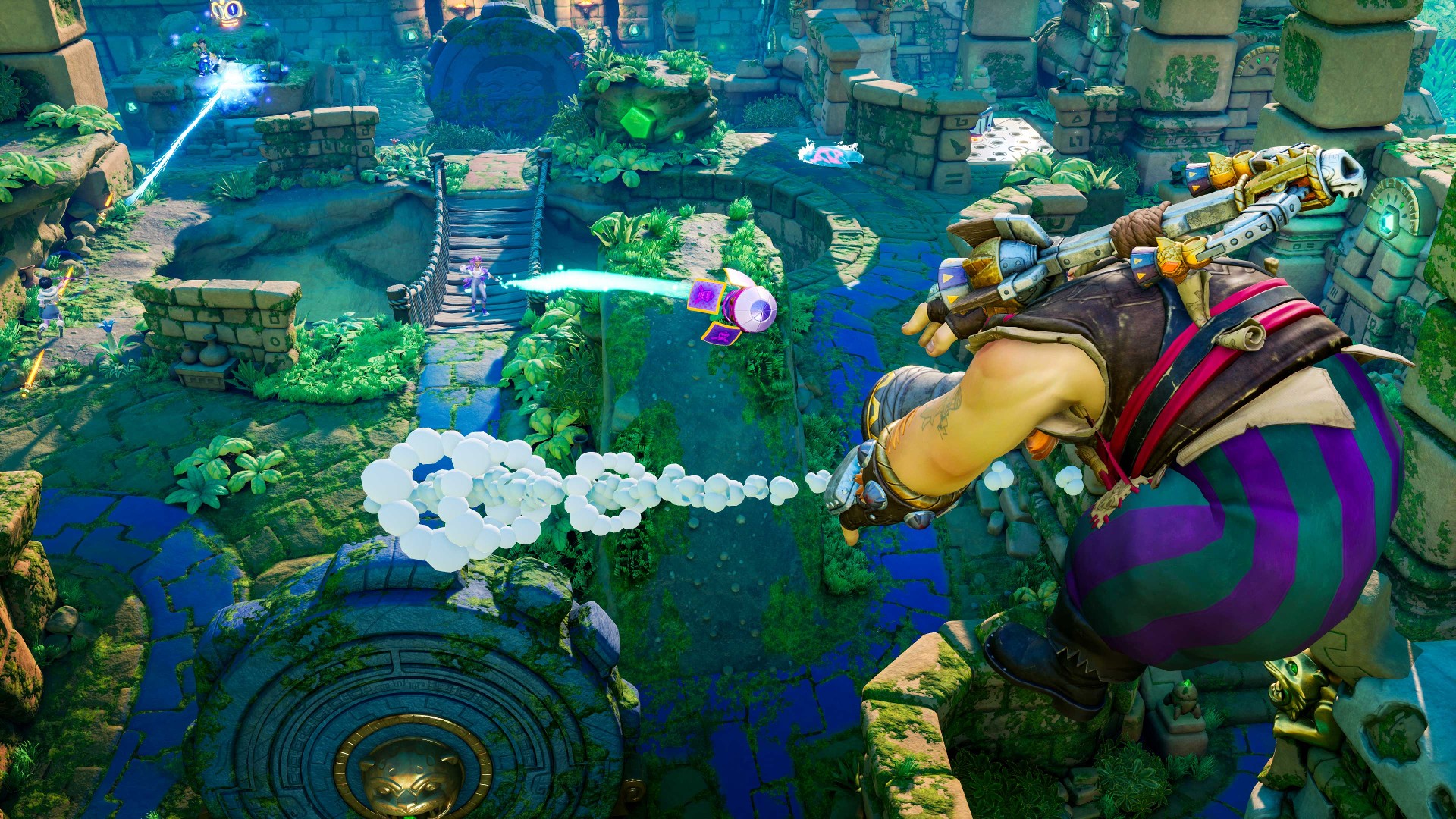 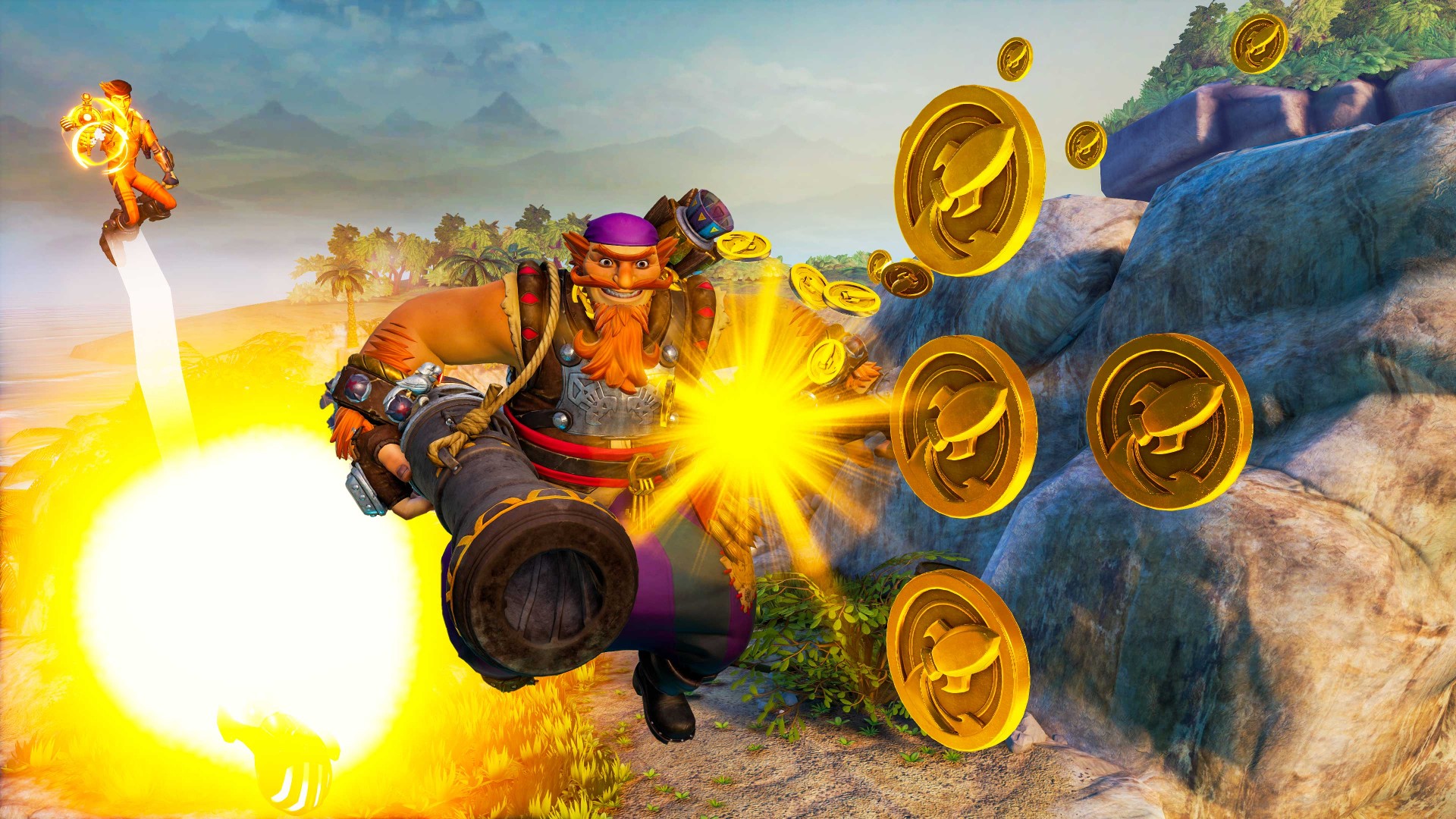 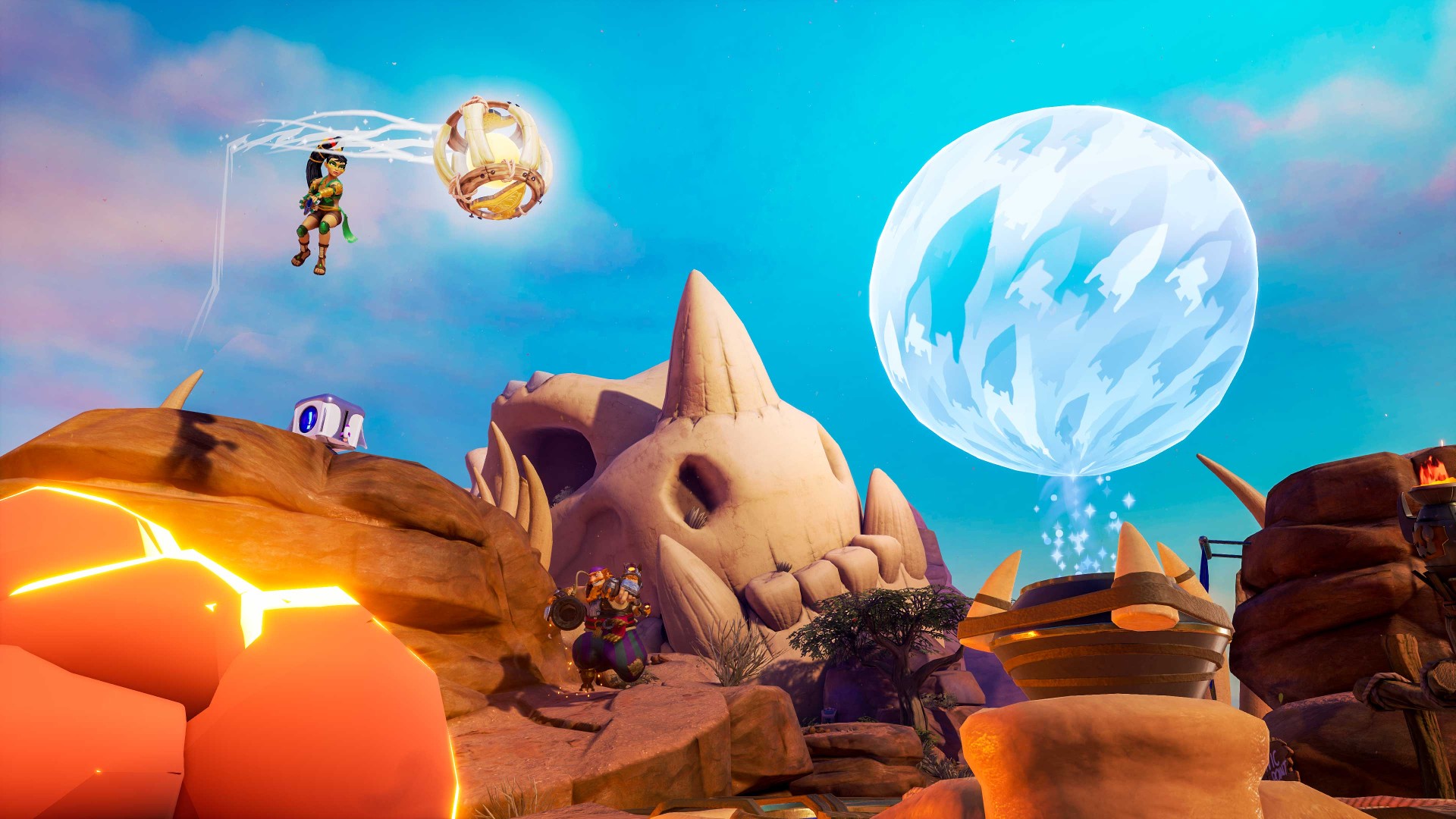 Welcome to the world whose rules are written in rocket fuel.

Rocket Arena - an explosive shooter of the "3 on 3" format, where you are always at the epicenter of action and where the rockets rule the ball. Learn to masterfully use the unique rockets and abilities of your hero to become an arena champion! Think over the game, taking into account the special capabilities of more and more new fighters. Adjust tactics to the composition of the team, study dynamic maps and learn the depth of missile battles.

Ready to set the heat? Pre-order now and get:

Basic game Rocket Arena
Explosive action game 3 on 3, in which the action does not stop for a second!

1000 units rocket fuel
Can be used to purchase rocket passes and cosmetic items!

Heroes with rocket engines - Explore an ever-growing selection of fantastic heroes with a unique character, history, friends and enemies. Master powerful abilities and special missiles of your chosen character to bring maximum benefit to your team.
Battles in which no one dies - Forget the word "death", because you can’t die in the Rocket Arena! Having received too many hits, you will fly out of the arena - but not out of the game. Saddle your rocket, study the situation and go back, again entering the fray.
Strategic heights (and depths) - Using missiles in battle is easy, but mastering them perfectly is not easy. Learn to choose the right time for dodging, firing at targets ahead of time and timely use various objects and devices like a magnet for missiles, a laser mine and acceleration to change the course of the battle with their help. Become one with your rocket, and in the arena you will not be equal.
A bold new world open for exploration - The crater is fraught with many strange places from the ruins of the tropical Jungle of gems to the ideal tech city of Boom City. Each of the cards is full of hidden tricks, traps and elements that tell you about the history of the world. Use your rockets for powerful jumps, climbing vertical surfaces and exploring the environment. The world around you is replete with unique opportunities, so prepare your rockets and go!
Hero Development - Your heroes have enormous potential. Each match they play will bring you experience points that allow you to discover the details of the rocket, parts of the totem and incredible costumes that allow you to change their appearance. With the progress in the game, you will also receive powerful artifacts at your disposal - combine them and increase their level to give your heroes new impressive effects and an increase in characteristics! To win the Rocket Championship tournament, you need to use all available advantages!
Changing game - A variety of game modes await you. Join a classic 3 by 3 match in the Bouncers or warm up in a match against the racquet boats by working out your favorite combos on them. Compete in the number of goals scored in Rocketball, capture zones in Megaraket and collect gold in Treasure Hunt. Well, when you’re ready to test your rocket power with the best of the best, join the ranked matches and show your opponents what test you are made of! Missiles for battle!