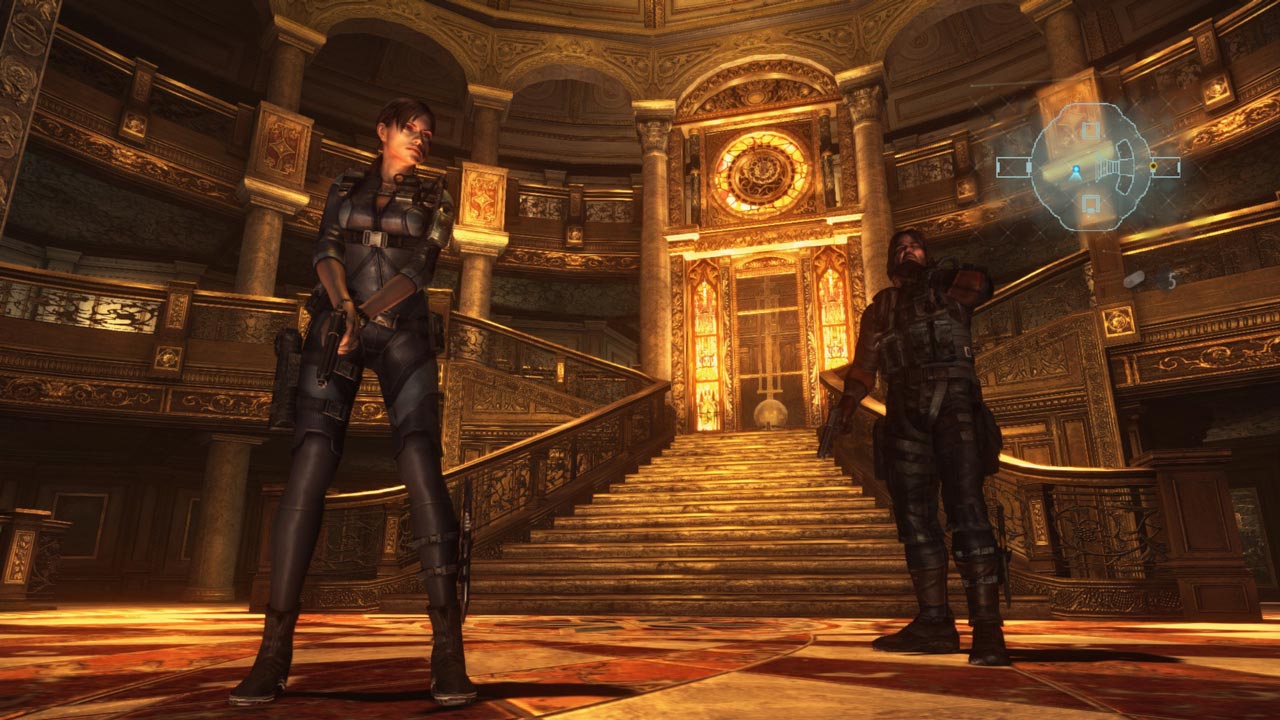 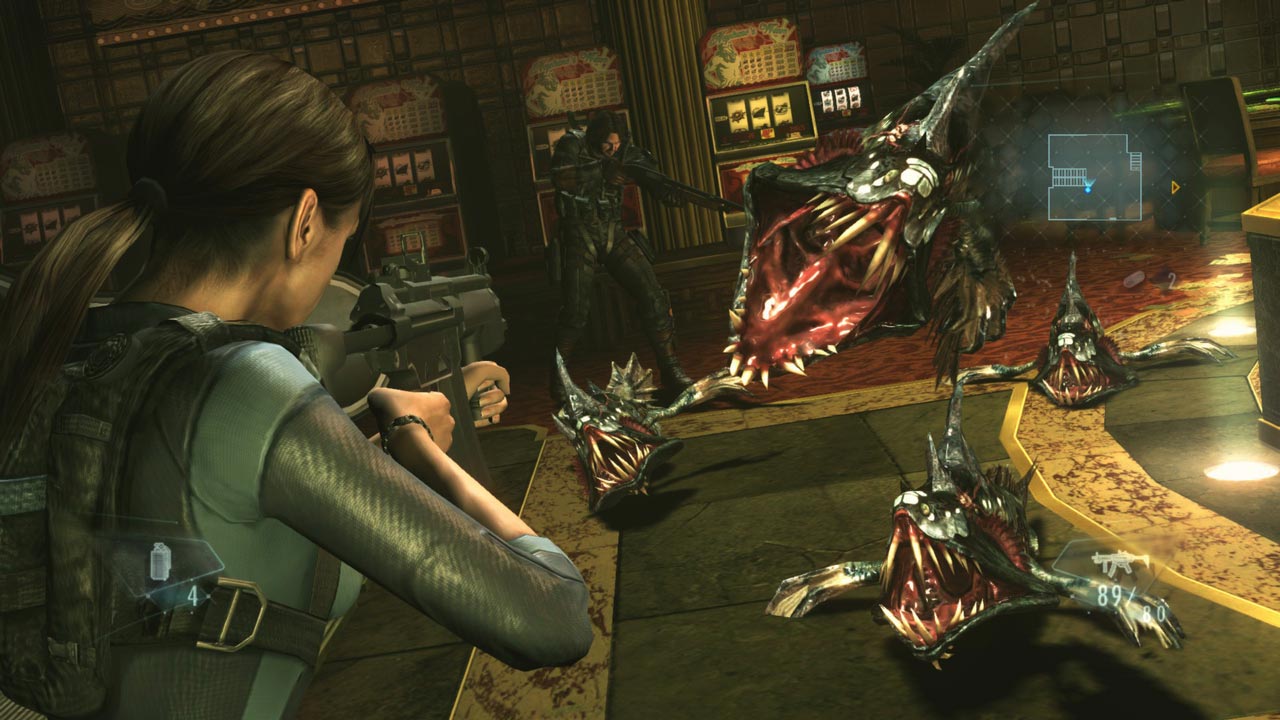 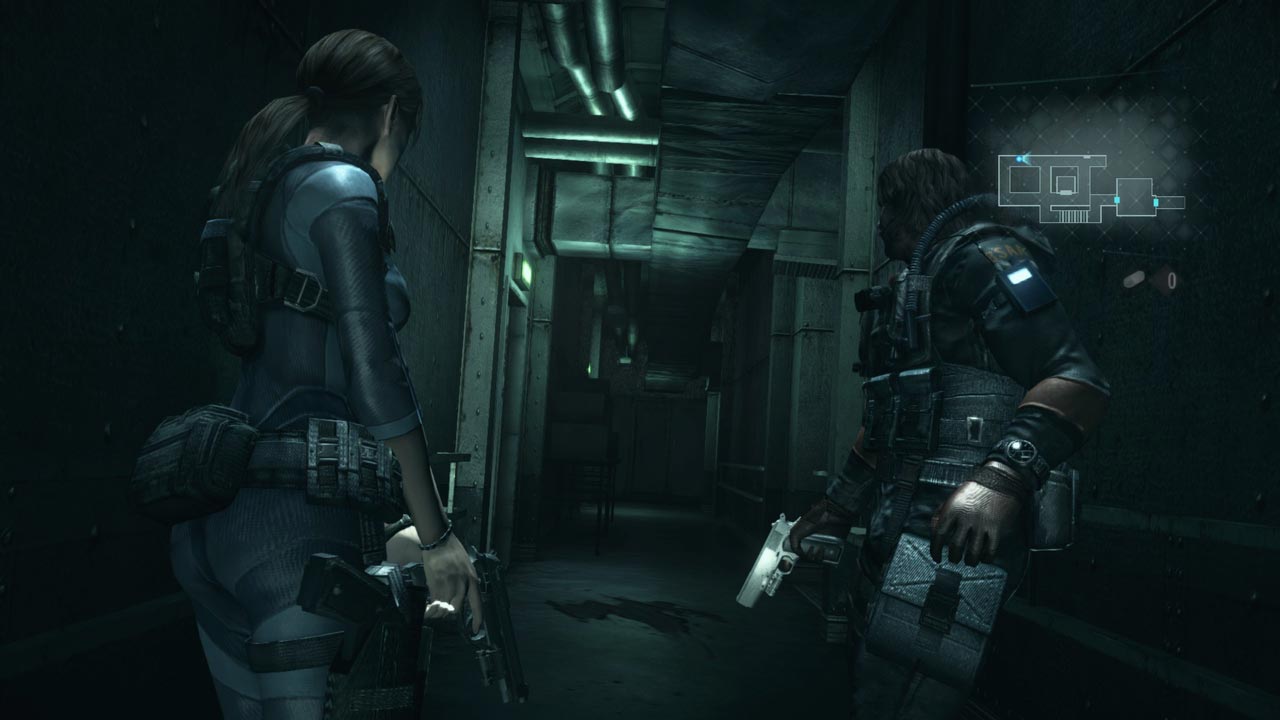 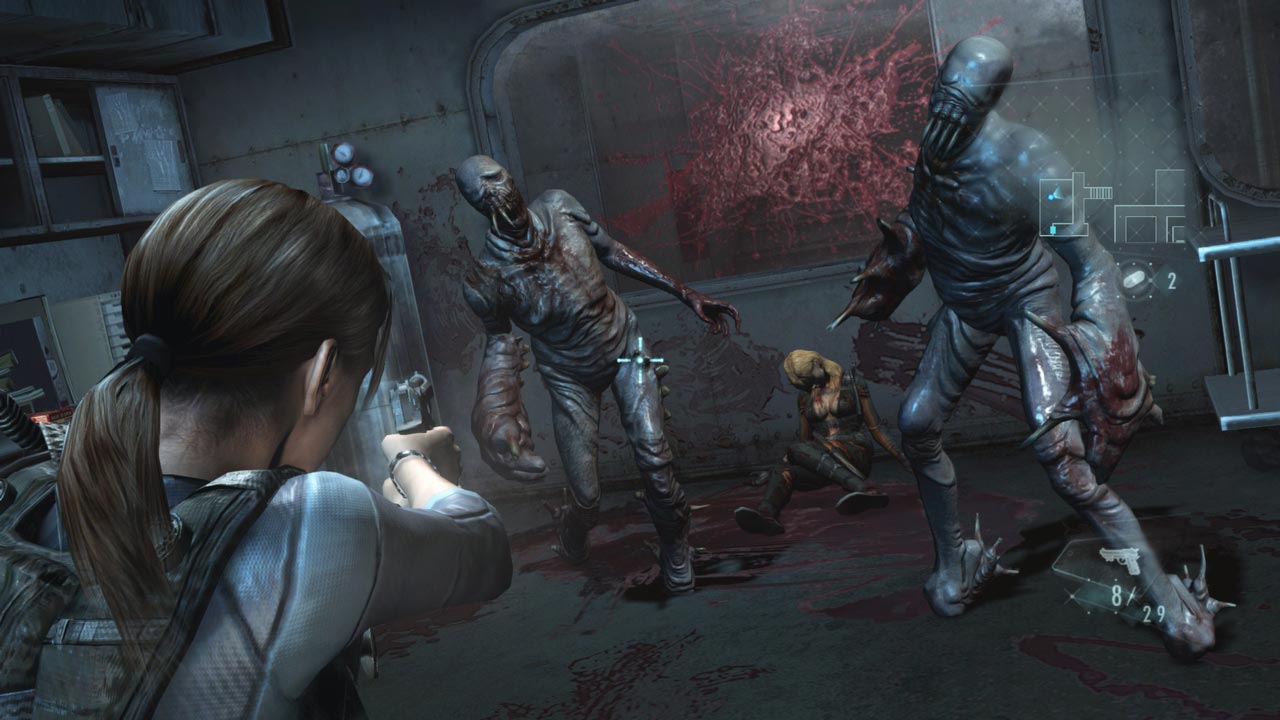 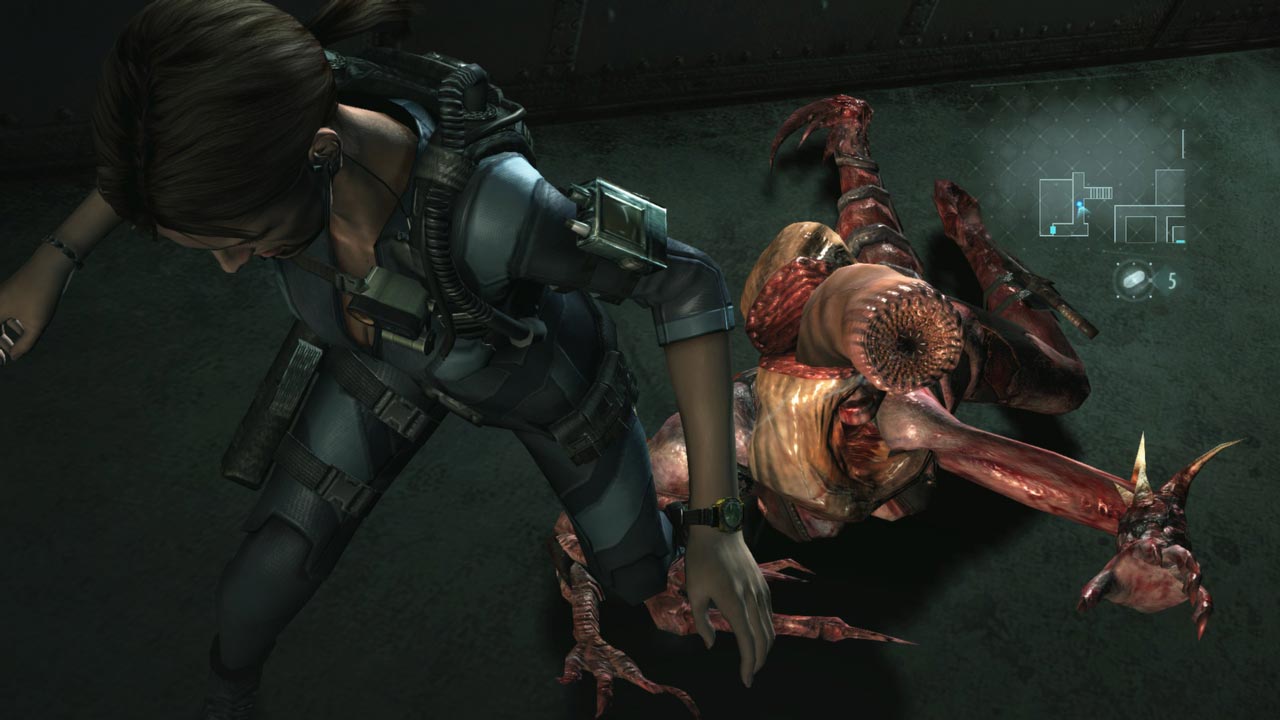 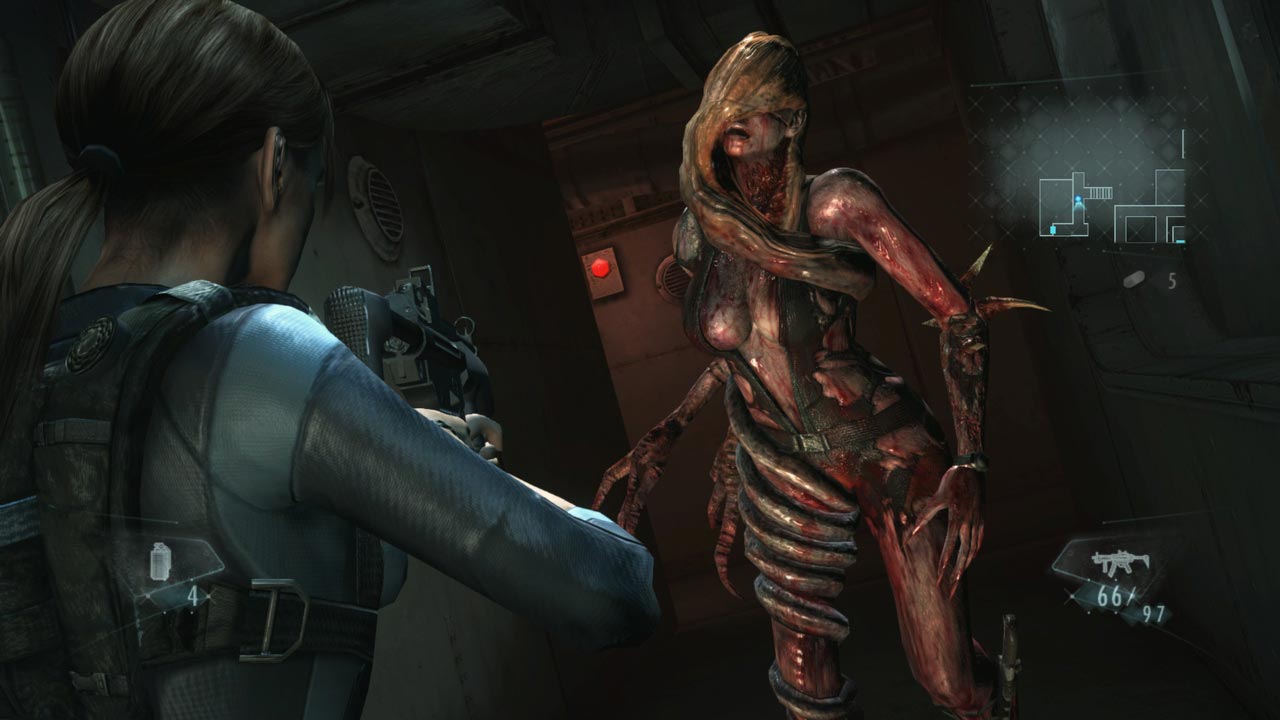 The popular game immerses players into events occurring between the Resident Evil 4 and Resident Evil 5 and revealing the truth about the T-Abyss virus. In Resident Evil Revelations there are stars of the series - Jill Valentine and Chris Redfield, as well as their partners on APBT - Parker Luciani and Jessica Sherawat. The action begins on board the allegedly abandoned cruise ship "Queen Zenobia", where behind every turn a nightmare hides. Then the players land on land and in the destroyed city Gray earth. In the face of an eternal shortage of ammunition and weapons, the race to survive in the nightmare of Resident Evil Revelations begins.

• Improved graphics and sound quality - Resident Evil Revelations creates a chilling horror atmosphere with high-quality HD graphics, enhanced lighting effects and sound that creates a presence effect
• The classic gameplay of the "survival horror" returns - in single-player campaign mode, players will have to explore different places, including dark and tight rooms of a cruise liner and insidious snow-capped mountains. With a limited supply of cartridges and weapons, they will have to fight off infectious enemies hiding behind every corner
• It became hotter in hell! Infernal Mode - a new level of complexity for HD-release - is not only more difficult than simple and normal, it also rearranges enemies and objects, so that even players familiar with the game are pretty nervous
• Meet the wall blister (Wall Blister). Wall Blister is a new enemy, a mutant, generated by the T-Abyss virus, which spreads through the water. He will supplement the horrors that are hiding behind every corner
• Support for Residentevil.net - Resident Evil Revelations fully supports the functions of Residentevil.net: the materials become available to players immediately after the game is launched. Earn weapons and unique details and use them in the game, collect figurines for dioramas and check your stats through the online service
• Improved mode "Reid" - the latest version has new weapons, new skill sets, new game characters, including Rachel and Hank, as well as unique enemies
• Use the equipment - analyze the enemies and find the caches with the help of the "Genesis" scanner