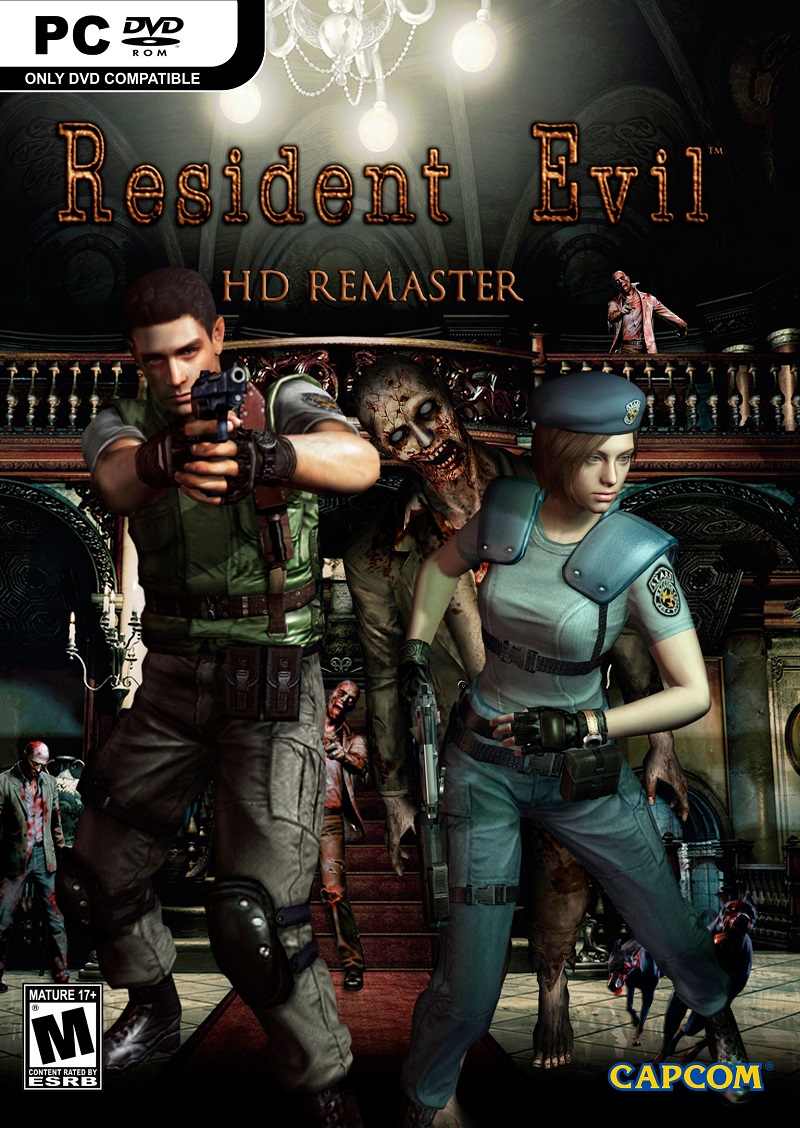 Uploaded: 22.08.2018
Content: Resident Evil HD REMASTER_6.txt 0,24 kB
Loyalty discount! If the total amount of your purchases from the seller GameCod more than:
If you want to know your discount rate, please provide your email:

Recognized classics of the horror genre are back with us! Meet the updated edition of the game Resident Evil in HD format.
In 1998, a special detachment was sent to investigate the strange murders in the vicinity of the city of Raccoon City. A group of bloodthirsty mutant dogs is attacking the fighters, and they are trying to escape at the manor nearby. But even there everything is saturated with the smell of death. The ammunition is small, and the struggle for survival is difficult.

GAME FEATURES:
Graphic arts:
- Graphics became more detailed, keeping the former horror.
- Due to the improved resolution and dynamic 3D-models, the decorations were filled with details.
- To give the picture even more realism, halos around the light sources and other video effects were added, which at the time of the first release of the game were not mastered.
- Decoration in high resolution - backgrounds were constructed anew, now they combine high-quality still images and animated 3D models.

Widescreen format:
- Supports widescreen format (16: 9), which allows you to delve deeper into what is happening.
- The image in this format is scrolled. Those parts of it that go beyond the upper and lower boundaries of the screen are automatically moved into the field of vision following the movement of the character.
- The screen format can be selected at any time of the game.

Sound and control:
- Improved sound - sound is updated, the sampling rate is increased, support for five-channel surround sound has appeared.
- You can use traditional controls or a new version of them, where the character moves in the direction where the joystick is tilted.
- You can switch the control type at any time during the game.