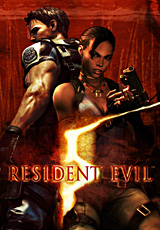 Uploaded: 25.03.2020
Content: resident_evil_5_0014.txt 0,02 kB
Loyalty discount! If the total amount of your purchases from the seller servicesoft more than:
If you want to know your discount rate, please provide your email:

Professional soldier Chris Redfield, well known to players in previous parts of Resident Evil, leaves no hope to obliterate all traces of the organization, which has been developing biological weapons for several decades. Until now, all studies on the creation of an army of invulnerable monsters have ended in failure, but crazy scientists do not lose optimism and continue to conduct cruel experiments on living people.
In search of truth, the protagonist goes to a small African settlement and discovers hundreds of people affected by another experimental virus. The poor have changed not only externally, but also internally: pursued by severe hunger, they attack everything that moves. At the same time, the virus turned patients into ideal killers, making their bodies much stronger and more enduring. And very soon, Chris and his partner Sheva Alomar will have to meet with serious opponents, little resembling the brainless dead from previous Resident Evil games ...

The thriller of the new generation is the continuation of the history of Resident Evil in high resolution.
It is easier to fight for survival together in a cooperative mode or choose with a computer partner.
Be careful - the enemies are even faster, stronger, meaner and smarter than before.
The game does not support NVIDIA GeForce 3D Vision technology, available in the version for Games for Windows - Live