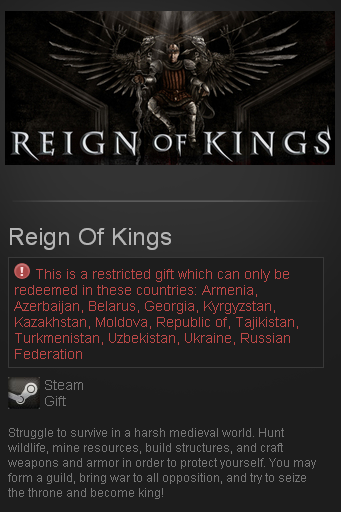 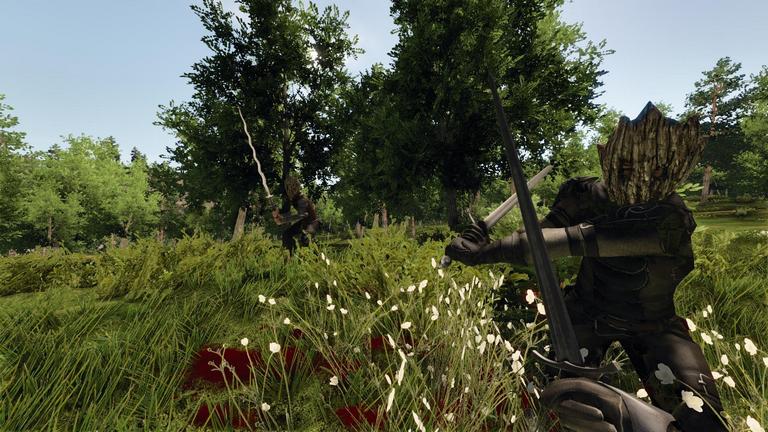 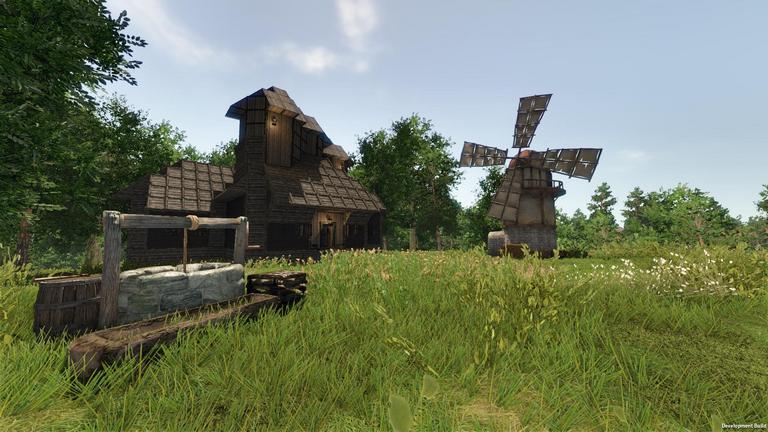 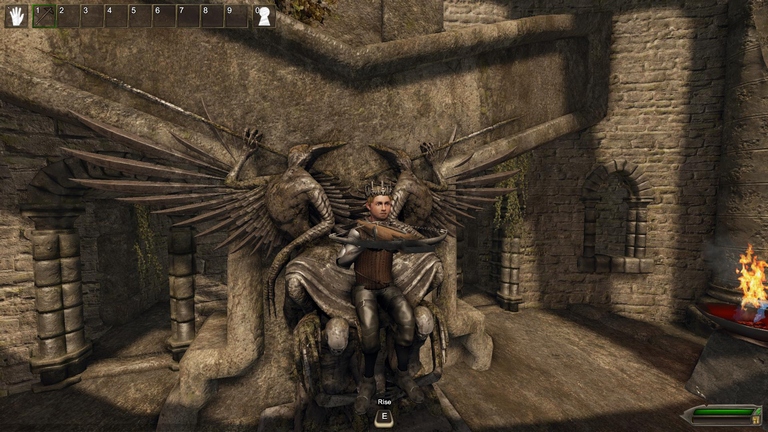 
About the game
Struggle to survive in a harsh medieval world. Hunt wildlife, mine resources, build structures, and craft weapons and armor in order to protect yourself. You may form a guild, bring war to all opposition, and try to seize the throne and become king!

In Reign of Kings we allow you to collect resources and craft a wide variety of items needed to build a vast and powerful kingdom. We were primarily inspired by Rust & Chivalry in the development of this game.

In addition to standard resources, you may compete over the Ancient Throne which resides in a throne room which overlooks the island. All players who are not part of the King´s Guild are taxed on the resources they collect.

The development of a melee combat system adds a gritty and visceral feeling to Reign of Kings that will allow players to become deeply immersed in a realistic and intense medieval survival experience.

The world itself is designed to inspire competition and struggles for power. Resource locations strategically spread throughout the game will create inequity and envy. Players will have the ability to make war, or even capture and hold other players in order to get what they want. Each player will have the power to decide the fate of the kingdom, or choose to entirely forego the responsibility of ruling the kingdom and roam the land as a freeman.

Players have the ability to capture, hold, and execute other players. The player can capture them with rope or iron shackles. Once shackled, a player is no longer able to access their inventory aside from their orifice slot. The captured player´s inventory is accessible for the captor to search them.

Additionally, a rope will be attached to a prisoner which will allow them to be pulled in any direction their captor wishes. In order to avoid severe grieving situations, players can hide a sharp stone or lock pick in their orifice. This "hidden" item can help them escape capture or commit suicide.

Punishment & Death Once the player has control of a captive, there are several options available for managing a prisoner. Options range from simply locking them in a cage or dungeon, public humiliation in the pillory, or simply executing them.


Instructions on how to activate Games: