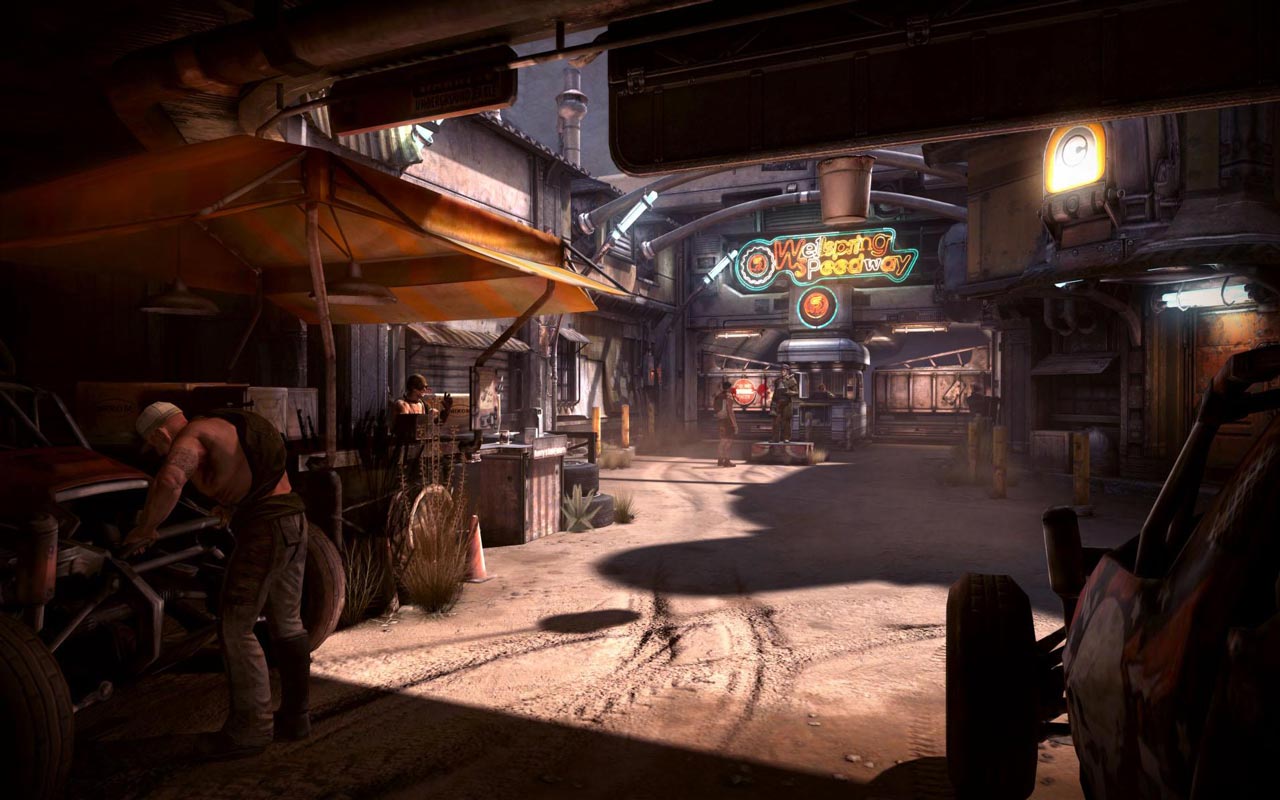 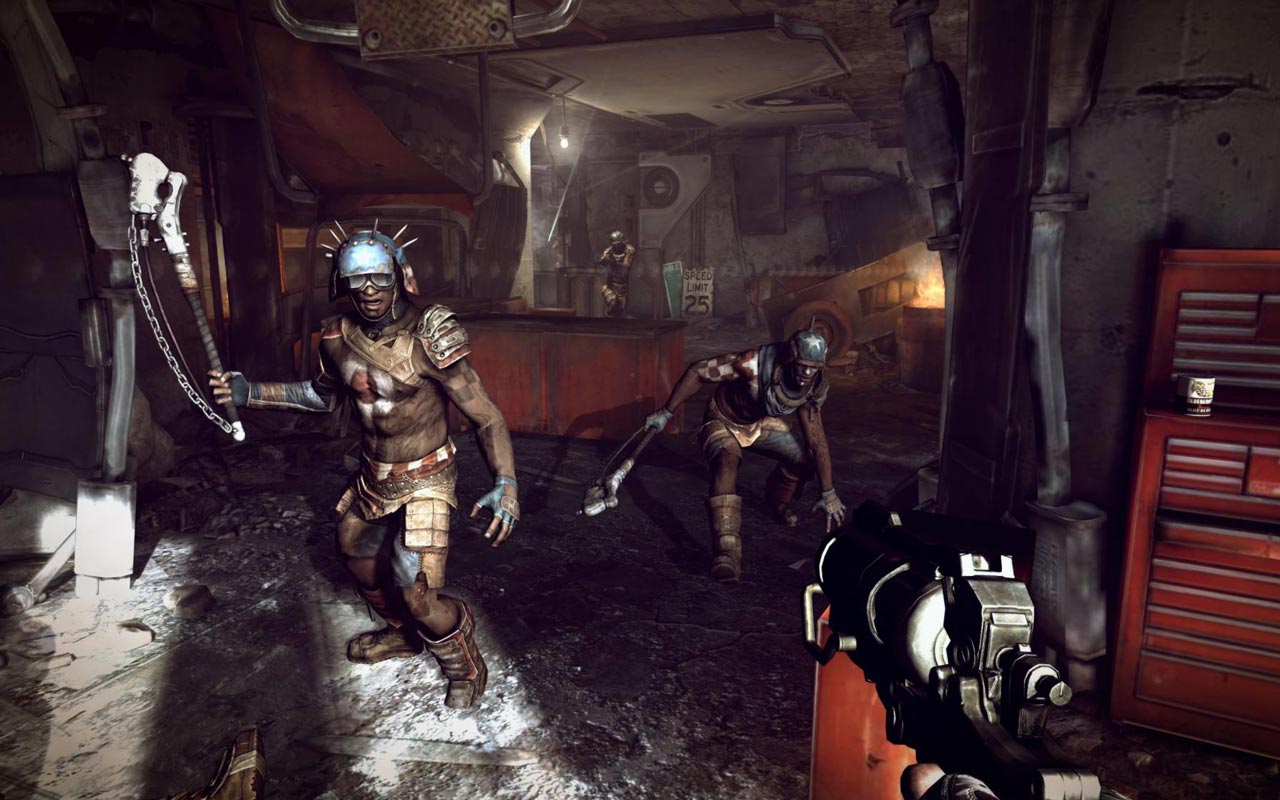 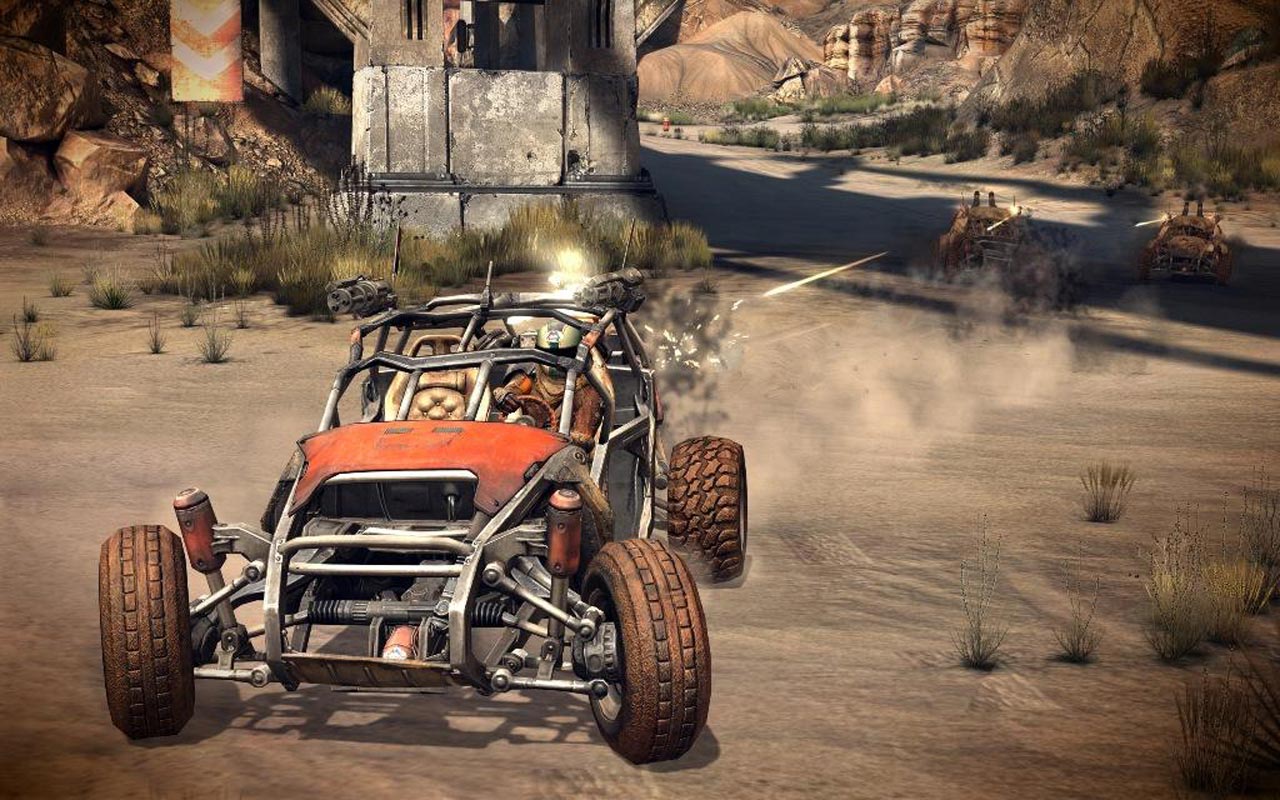 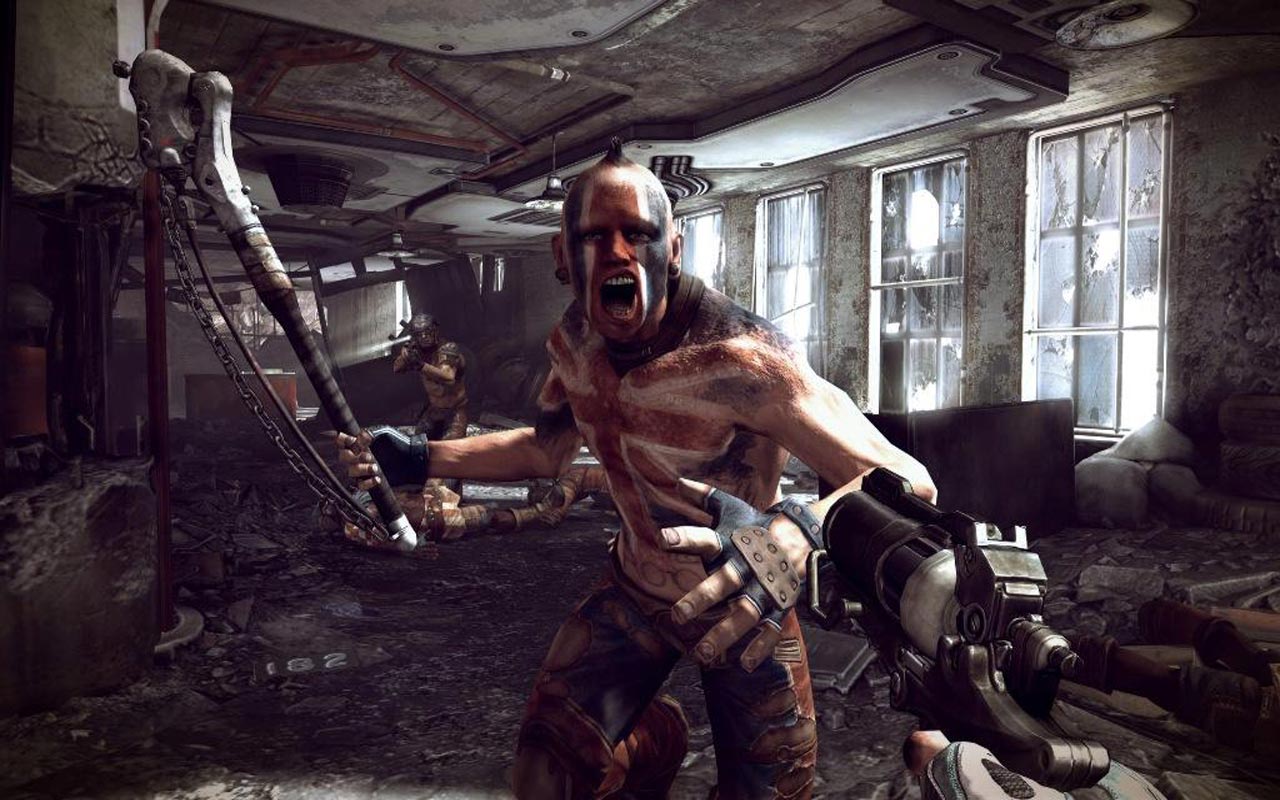 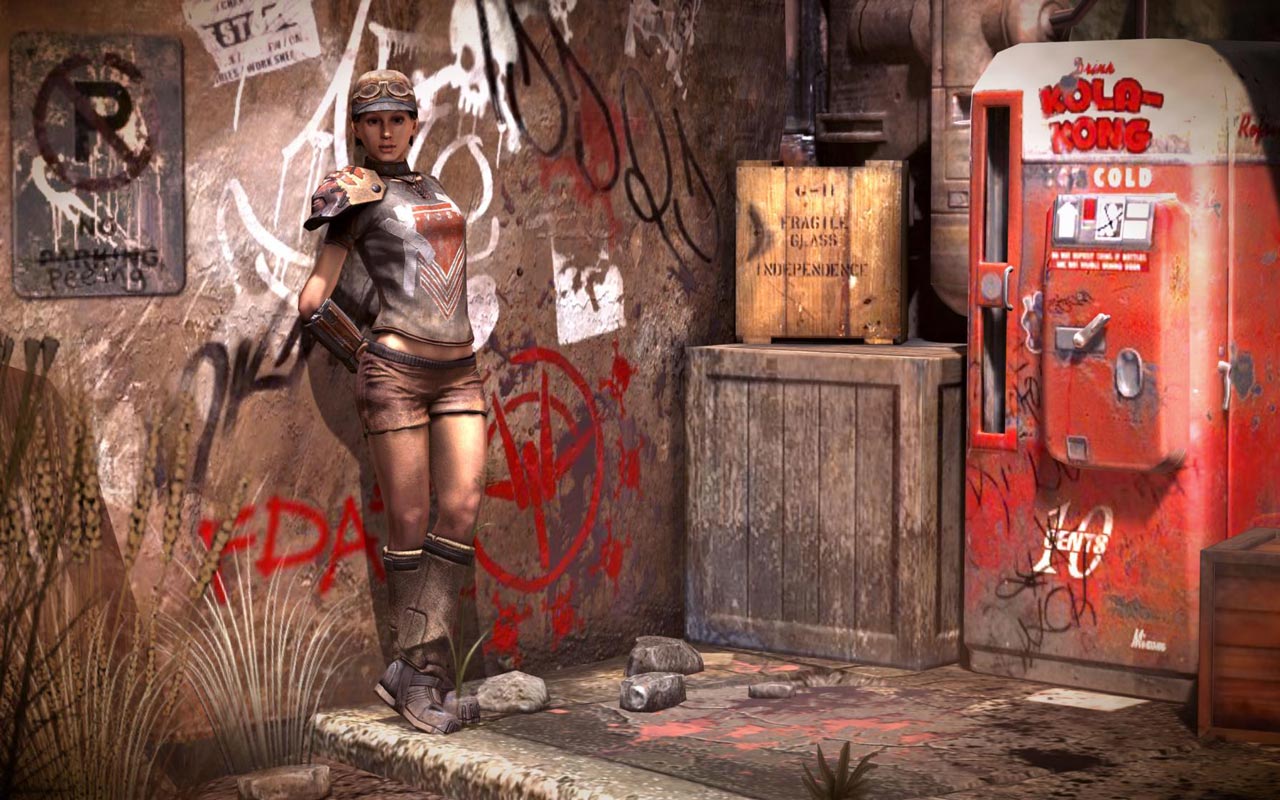 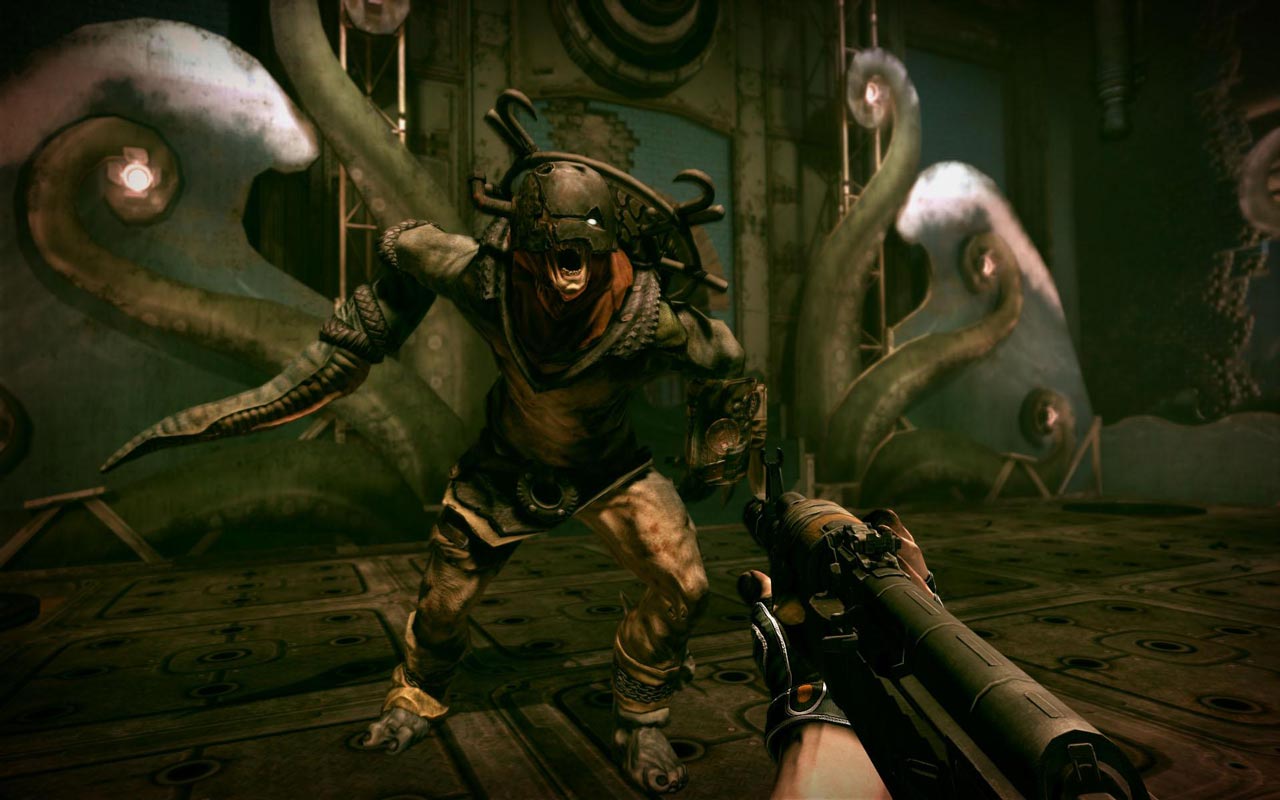 =======================================
In RAGE, a revolutionary first-person shooter, the action takes place in the near future, where, after a meteorite strike, there is little left of civilization on Earth. You find yourself in the midst of a huge wasteland and discover that humanity is trying to restore itself, being under constant threat from bandits, mutants, and the Authority - a tyrannical state regime, which is strongly interested in you personally. Experience a rich first-person shooter and crazy car battles, explore the vast world, and enjoy the amazing graphics of the latest id Tech 5 engine.
Fearing the complete annihilation of humanity by an approaching giant meteorite, the states of the Earth have thrown all their forces to save the human race. Left without alternatives, they placed the elected representatives of humanity in capsules with life-supporting systems and buried them deep in the ground. You start the game in unexpected solitude, getting to the surface of the RAGE world from one of these modern Noah´s arks. In RAGE you will find a hostile, merciless world, a strong plot, and exciting fights.
• Intense first-person skirmishes and exploitation - Destroy hordes of gangsters and mutants with an arsenal of exotic weapons and special items, including Krylopalki, personal turrets, robotic guards, and remote-controlled cars stuffed with explosives.
• Mad third-party machine battles - Ride through the post-apocalyptic wasteland on your own super buggy! Improve and customize your car using special parts, paint, and weapons, and try it out in battles with gangster clans and wild races
• Extensive world - In RAGE you will find not only exciting buggies and fights, but also a whole, open world, with unique characters, side quests, and an interesting story
• Incredible graphics - Amazingly detailed, huge wasteland comes alive before your eyes at an amazing speed of 60 frames per second thanks to the advanced id Tech 5 engine and its Megatexture technology
• 3 game modes with non-stop action - Immerse yourself in a rich story about the post-apocalyptic world in single player mode, play with a friend in co-op mode, and take part in machine battles in multiplayer via the Internet

DLC Kingdom Come: Deliverance - Treasures of The Past