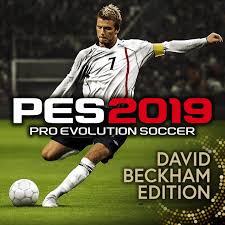 Loyalty discount! If the total amount of your purchases from the seller mrakk more than:
If you want to know your discount rate, please provide your email:

LICENSE KEY FROM THE GAME PRO EVOLUTION SOCCER 2019: David Beckham DISPLAYS IN THE WINDOW OF THE BROWSER AND COME ON YOUR E-MAIL AUTOMATICALLY AFTER PAYMENT !!!

• MAGIC MOMENTS - the individuality of the players has become even more unique thanks to 11 new skills. Scoring and animation have become even smoother, and the degree of fatigue of the player affects its appearance.

• NEW MYCLUB - all elements have been reworked, from signing a contract with the player to special versions of the players that will appear during the year.

• BEAUTY OF THE GAME - immerse yourself in photorealistic animation with support for 4K HDR.

• THE REAL SEASON OF LEAGUE OF MASTERS - immerse yourself in the life of a football coach with three significant changes.