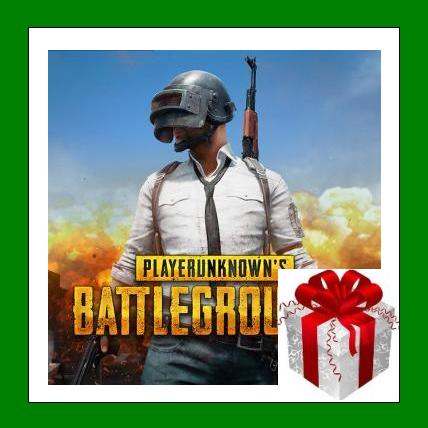 Warning: game can be activated only in one of the following countries: Russian Federation

After payment you will instantly receive a license key to activate the game PLAYERUNKNOWN´S BATTLEGROUNDS in the Steam system and enable all network functions in the game.

ATTENTION!!! The key is activated only in Russia !!!


Attention: the game can only be activated on the territory of one of the following countries: Russia

Warning: game can be activated only in one of the following countries: Russian Federation

BONUS-CHANCE PROMOTION - when buying a game, you have a chance to get a free key to a random game. A random random key will be sent with every fifth item sold that receives a positive review. Leave a positive review of the product, indicate "I want a gift" in it and maybe you will be lucky! Good luck to everyone!

PLAYERUNKNOWN´S BATTLEGROUNDS is a shooter in which the last surviving participant wins. Starting the game with nothing, you must get weapons and supplies to fight for the first place and become the last hero. The intense battle in this realistic game takes place on the huge 8x8 km post-Soviet Black Sea island of Erangel. PLAYERUNKNOWN´S BATTLEGROUNDS is developed on Unreal Engine 4 with constant help and support from our players.

PLAYERUNKNOWN, also known as Brendan Greene, is the pioneer of the battle royale genre. As the creator of the ARMA and H1Z1: King of the Kill Battle Royale game mode, Greene is collaborating with a team of veterans at Bluehole to create the most diverse and explosive version of Battle Royale to date.

This is not just a game. It´s Battle Royale!

Instructions for activating the PUBG key:

If you have additional questions, please contact the seller in the online chat or write by e-mail.

Attention! The seller is only responsible for activating the key or Gift! And it is not responsible for technical problems at startup, in the game and for inconsistencies in the parameters of the PC and the system. All such problems are solved through the official technical support of the publishers.