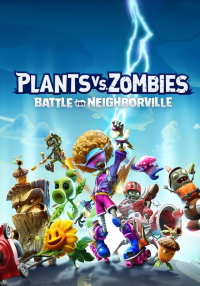 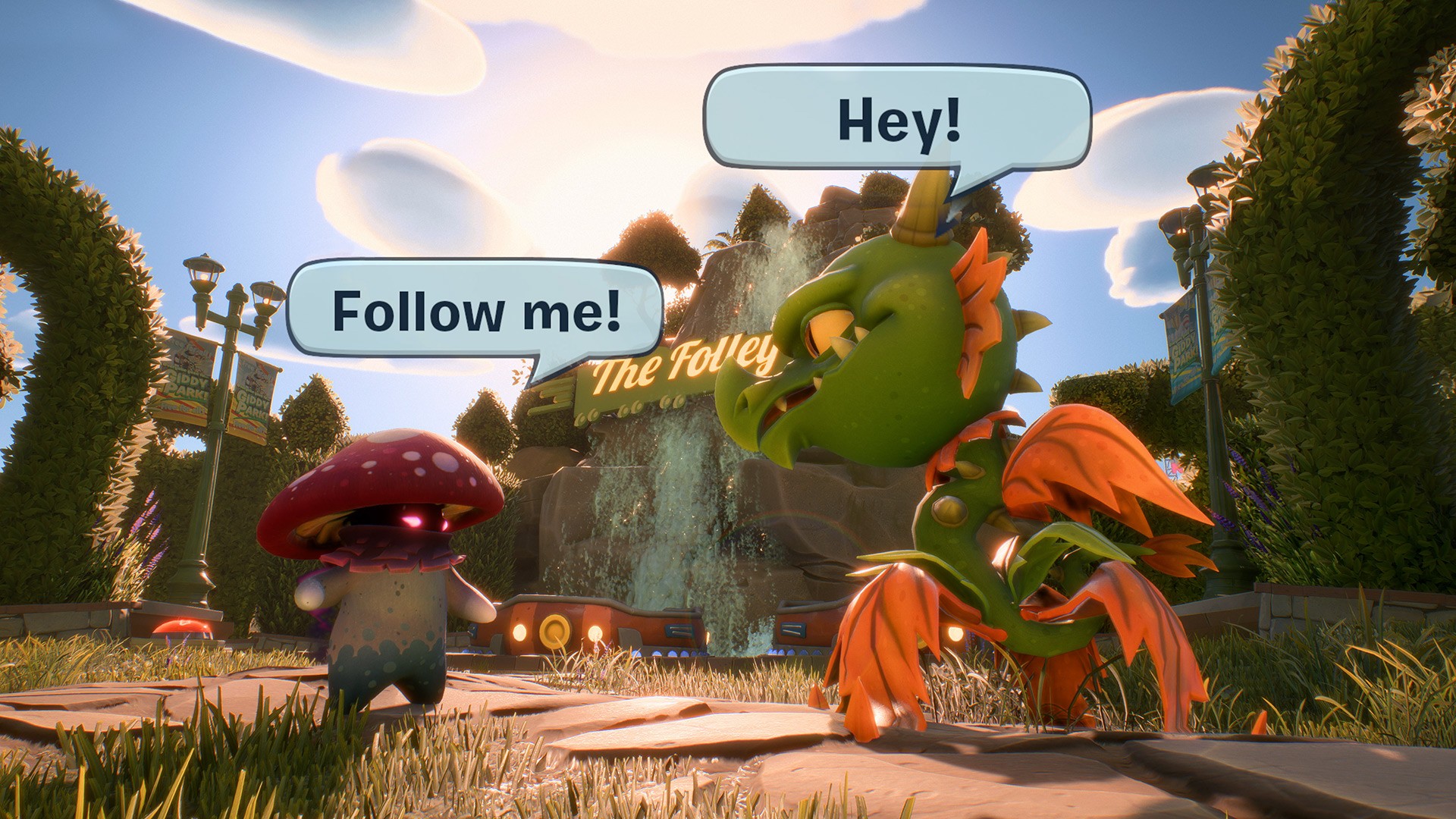 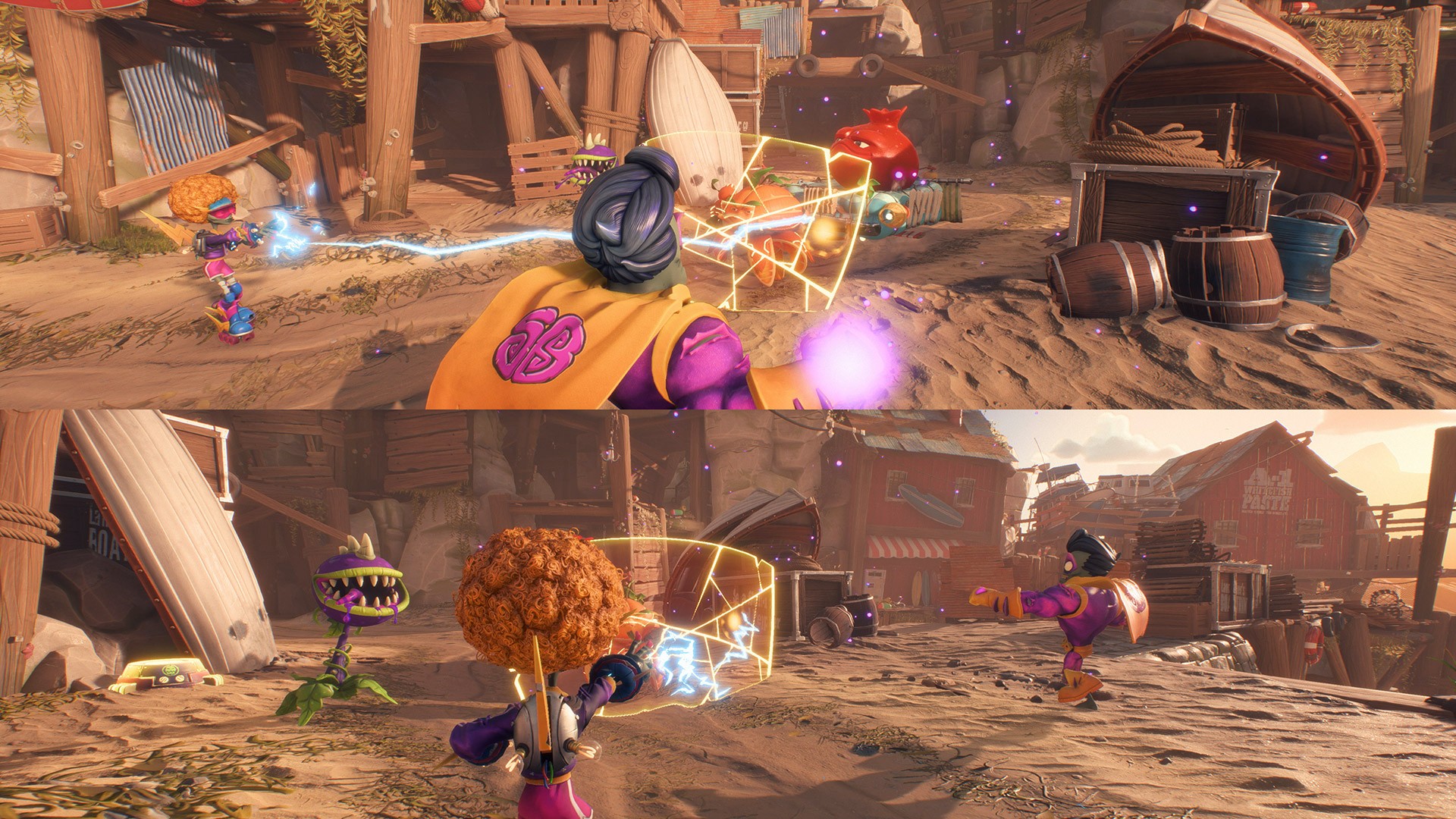 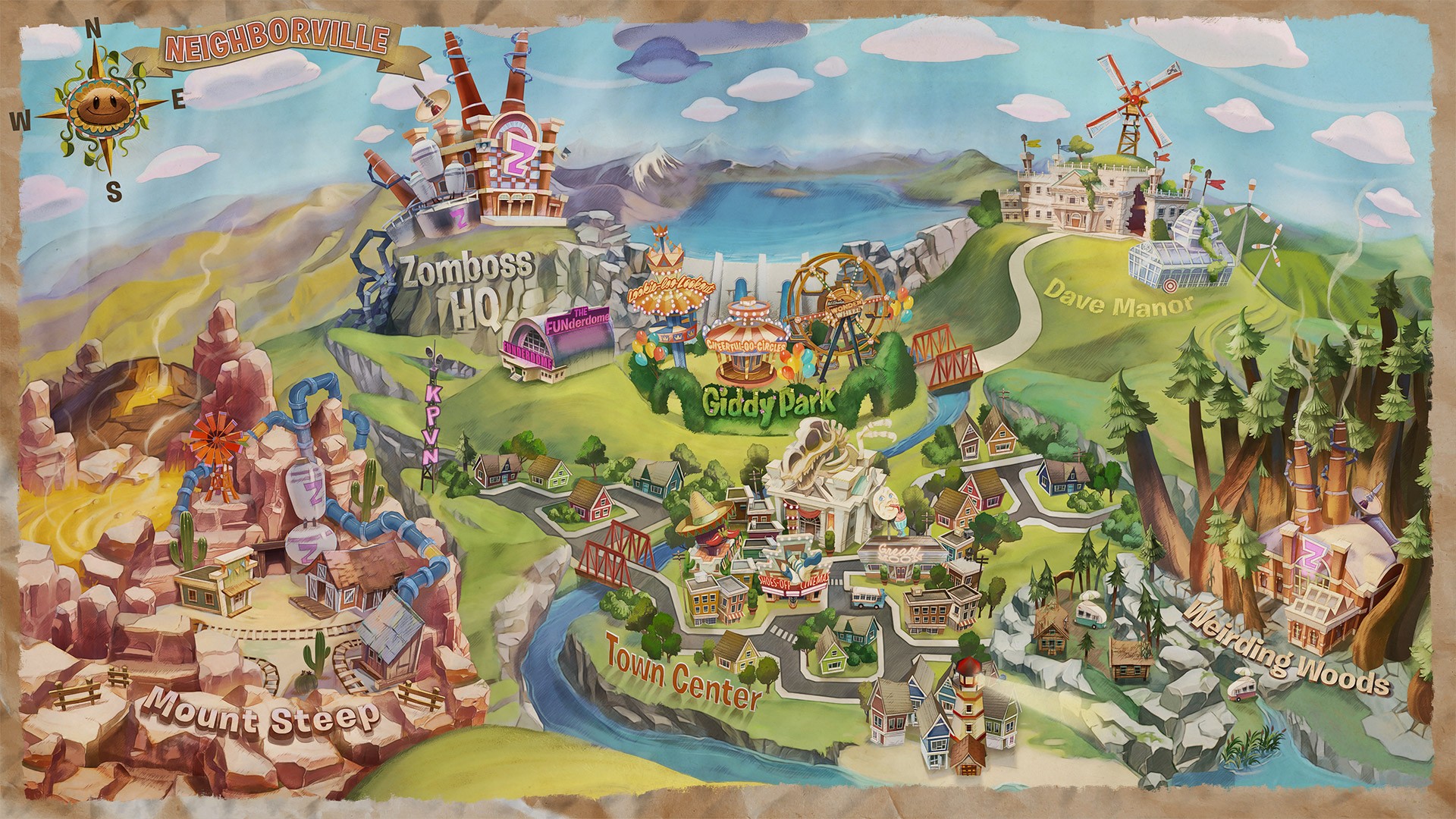 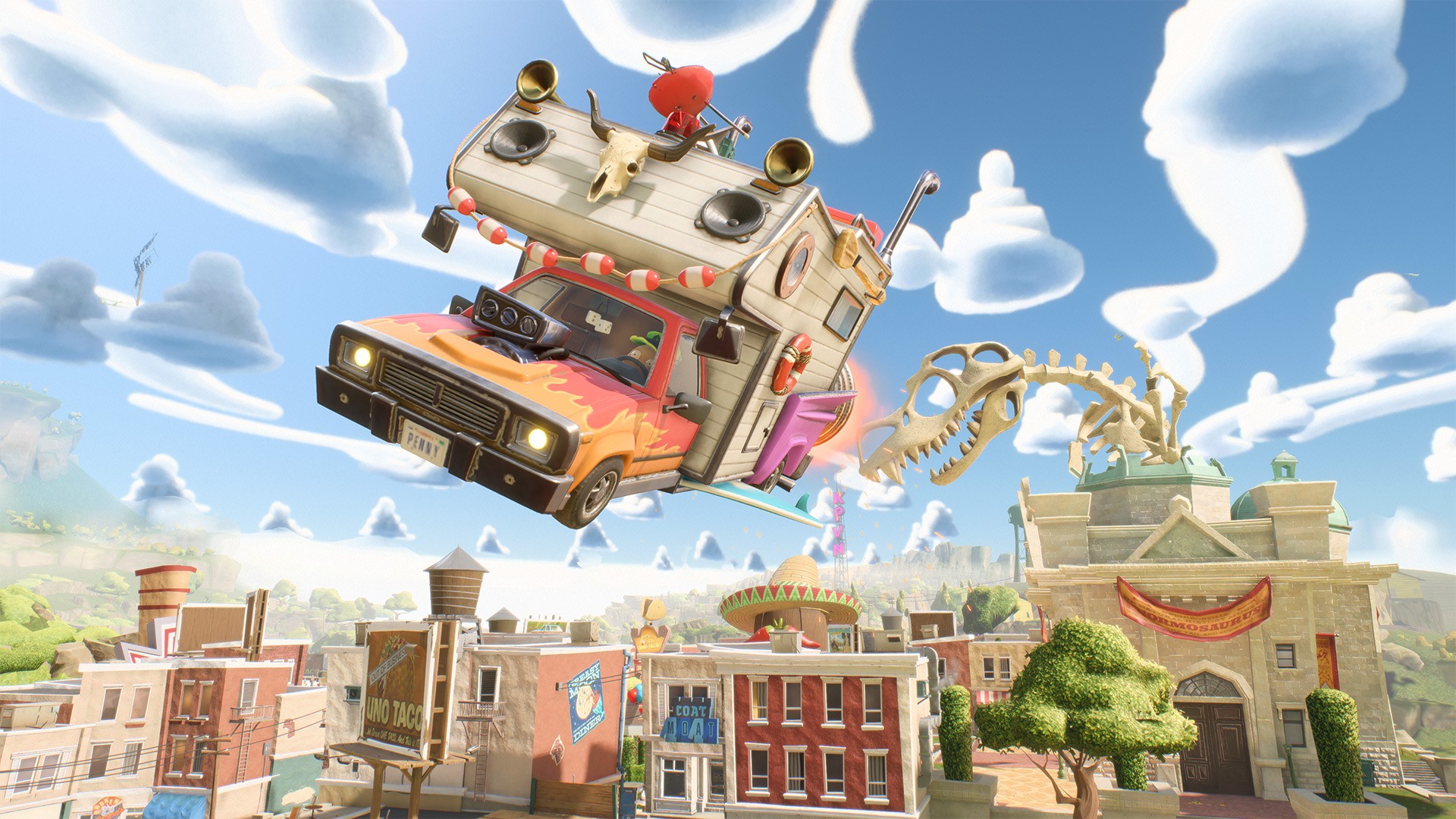 Set the heat in the craziest shooter - Plants vs. Zombies ™: The Battle for Neyborville! Rate 20 unique character classes in one zone for communication, three zones for free movement, one PvE mode and six PvP modes, including a battle arena, and that´s not all!

Welcome to Neyborville, where life goes on. Between brainless and plants a new crazy conflict is brewing! What will you do? Gather a crop? Fertilize the plants?
Set the heat on the lawn in a battle between plants and zombies in which you have to fight in the farthest corners of Neuborville. for a team game for each side. Pick characters of each class with unique abilities to play in one of the six PvP modes, including the battle arena, and get the ultimate battle experience.

Fight in the far corners of Neyborville
The tension in the region grew and went beyond the limits of Neyborville - in three zones of free movement and one PvE mode. Build a squad with three friends in Carefree Park and recapture the Restless Forest, Sloping Mountain, and Neyborville Downtown. It´s time to grow! Play in any mode. Combine your efforts with other players and play together in any mode on a split screen *. Invite up to 3 players to battle in busy areas for free movement or arrange a giant commuter squabble in an online multiplayer game with a capacity of up to 24 players.

Related to item "Plants vs. Zombies: Battle for Neighborville -- RU":