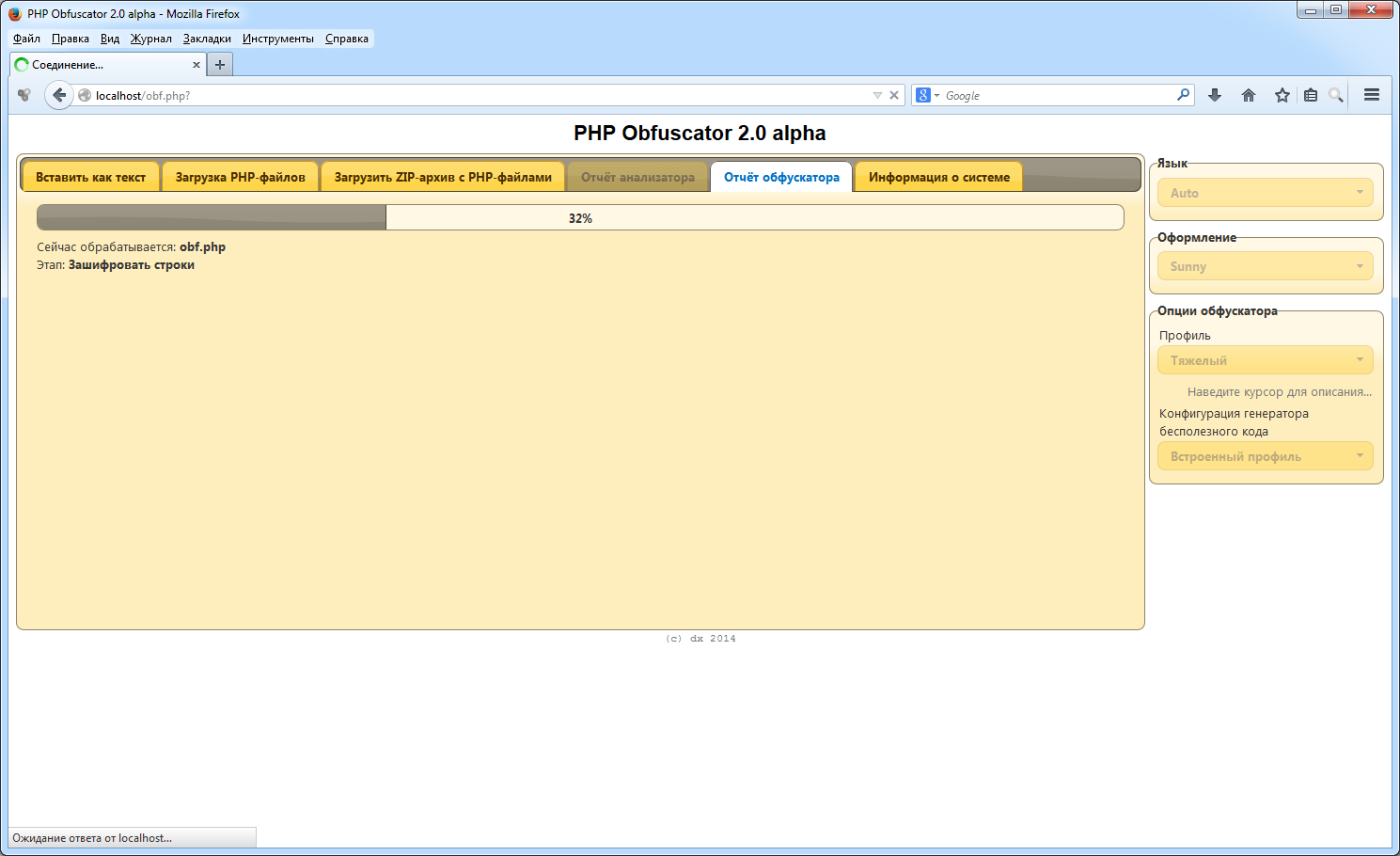 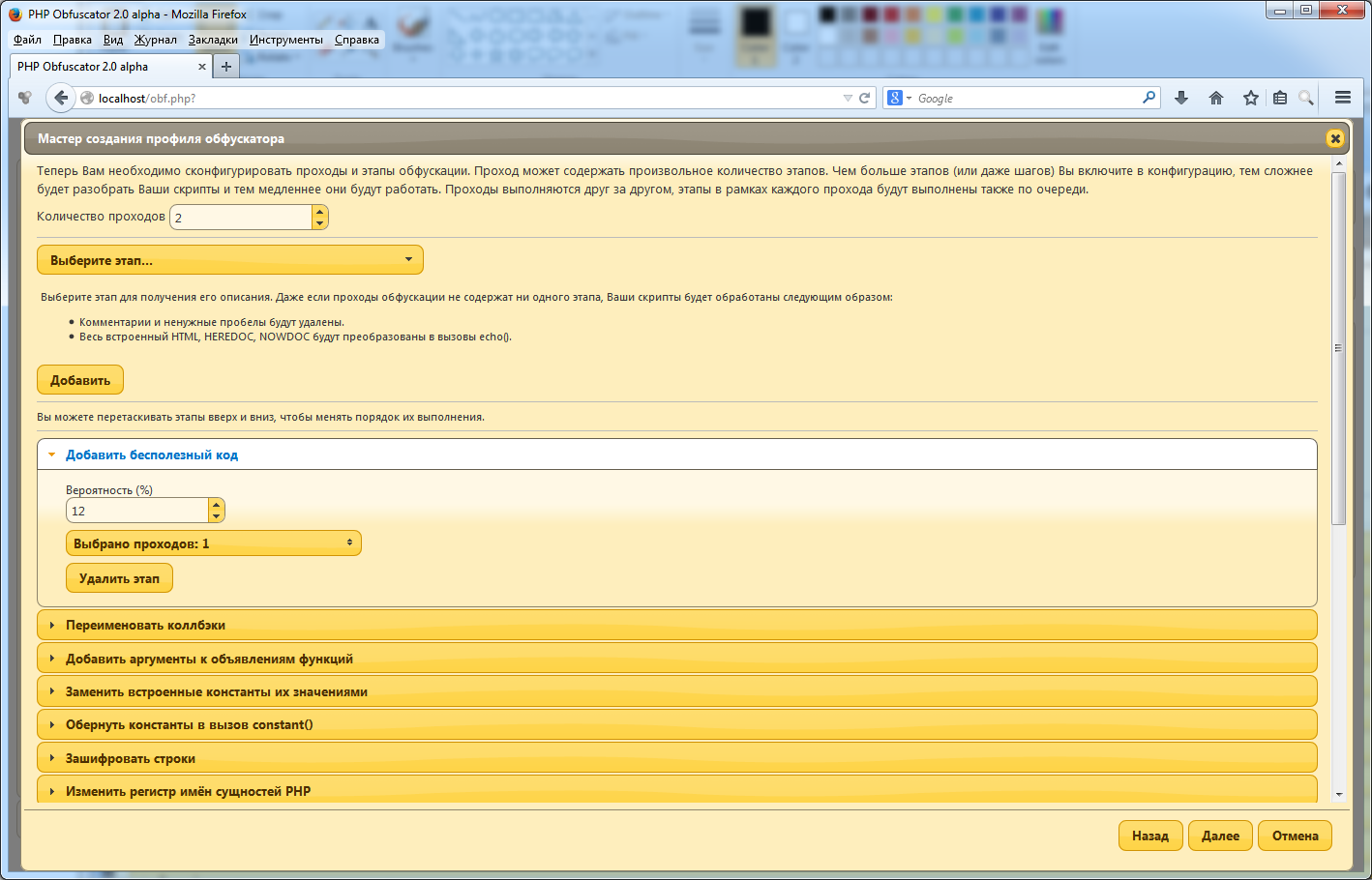 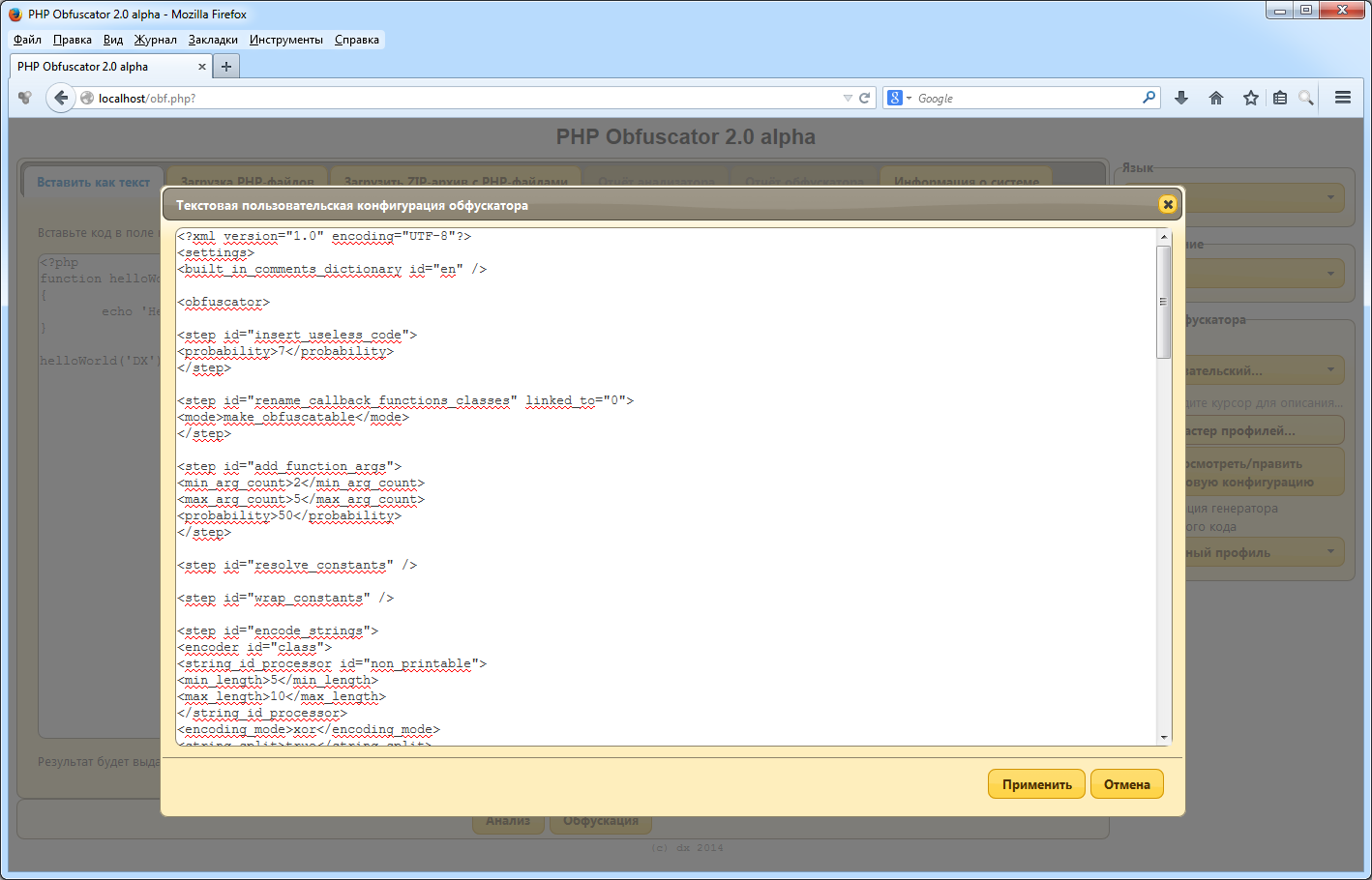 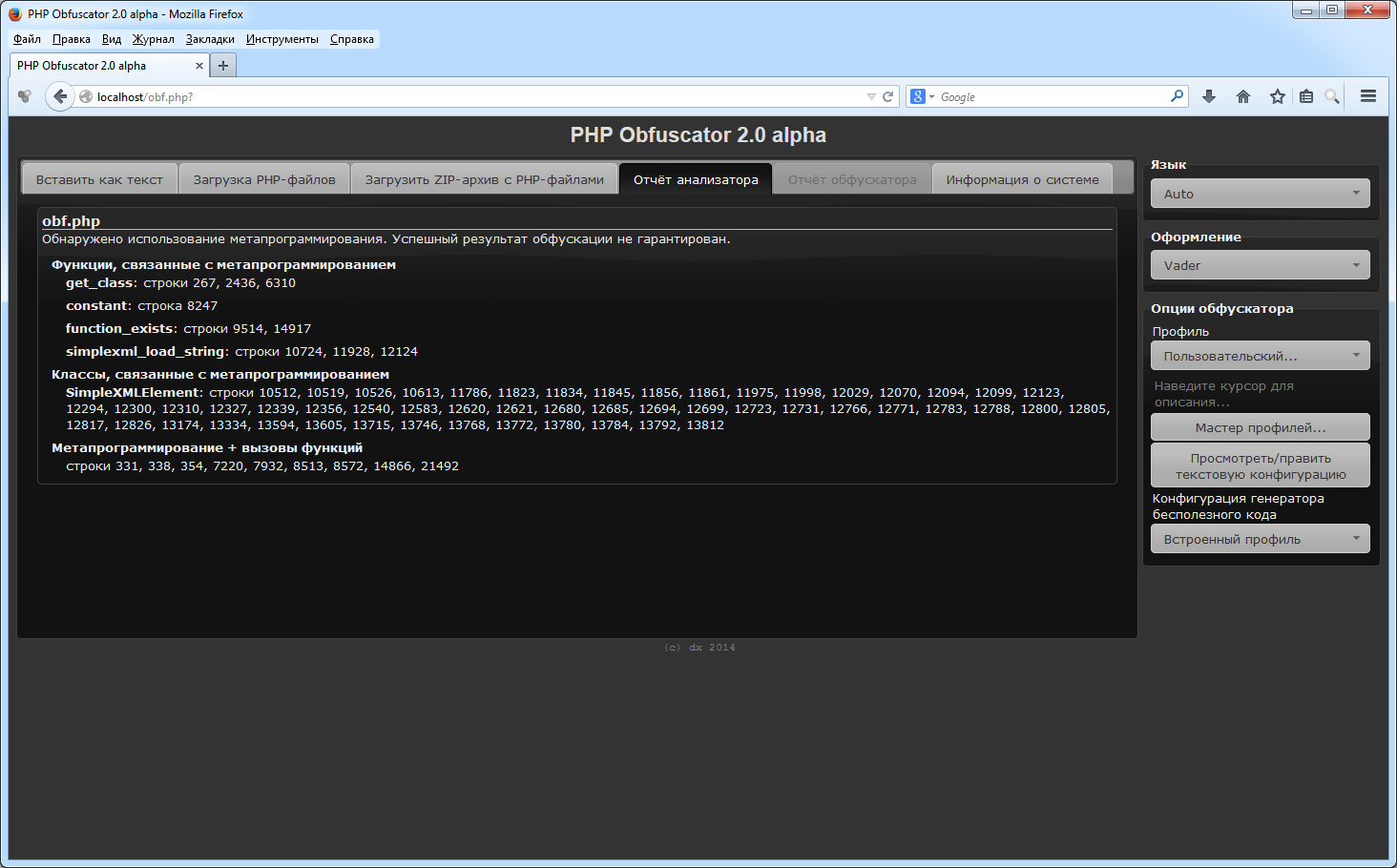 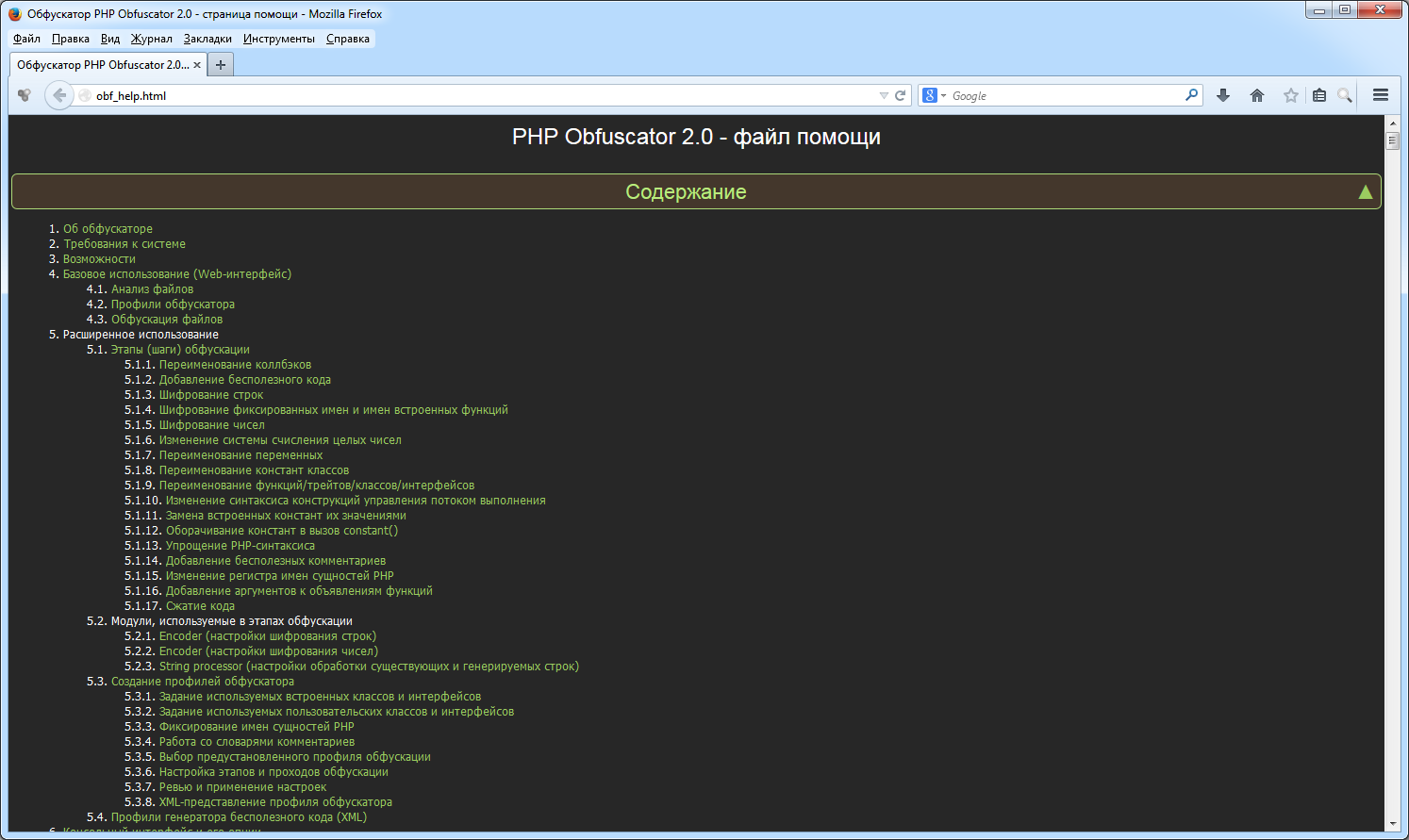 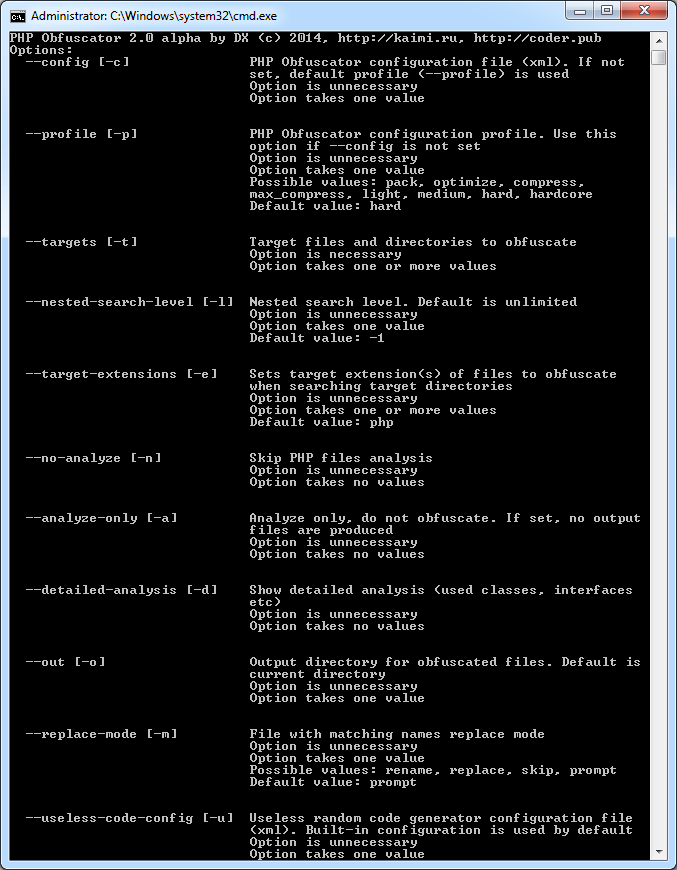 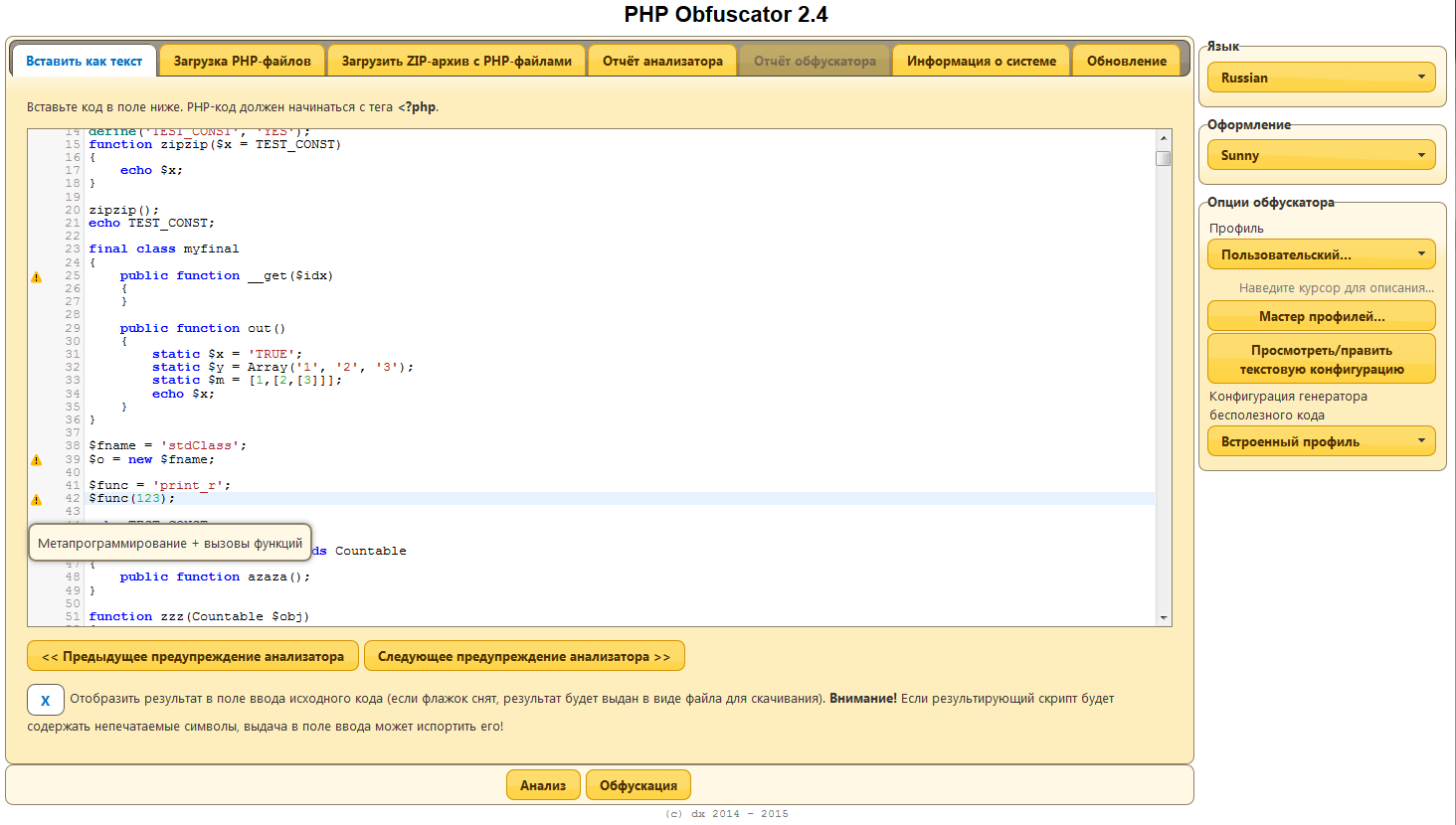 ­­­­­­ information about the seller and his items
offlineAsk a question

Project PHP Obfuscator 2.5.6 is the successor PHP Obfuscator 1.5, written by the same author. The script was completely rewritten and is sharpened by the possibility of the latest versions of PHP. In addition, has been added a lot of new features, functions, joint processing of multiple files, code analyzer, updated Web-based interface and added console mode. Scripts after obfuscation will work on PHP 5.2 or higher (if you are, of course, they did not use the possibility of newer versions of PHP).

Obfuscator supports all the latest features of the syntax of PHP until version 5.6. The following are the main features obfuscator:

Full support for the PLO
Obfuscator supports all features of OOP in PHP fifth branch.

Analysis files
It allows you to perform a preliminary analysis of the file to determine if the script successfully be obfuscated without presetting obfuscator.

Profiles obfuscation
Allows you to fully customize the work obfuscator. Can be used as a built-in profiles, and user. To create user profiles created a convenient wizard.

A large number of variants of obfuscation
Due to the large range of options obfuscation can to protect script and optimize it. It all depends on the setting obfuscator.

Dictionaries comments
You can configure how and what kind of useless comments will be added to the script.

Console mode
In addition to the Web-based, has a console mode obfuscator. With this obfuscator can be incorporated into the chain assembly of any project.

Obfuscator is designed as a PHP-script that will run on PHP 5.4 and later.
By obfuscator attached detailed help file in Russian.
Himself obfuscator available in obfuscated form.
All customers receive free upgrades obfuscator.