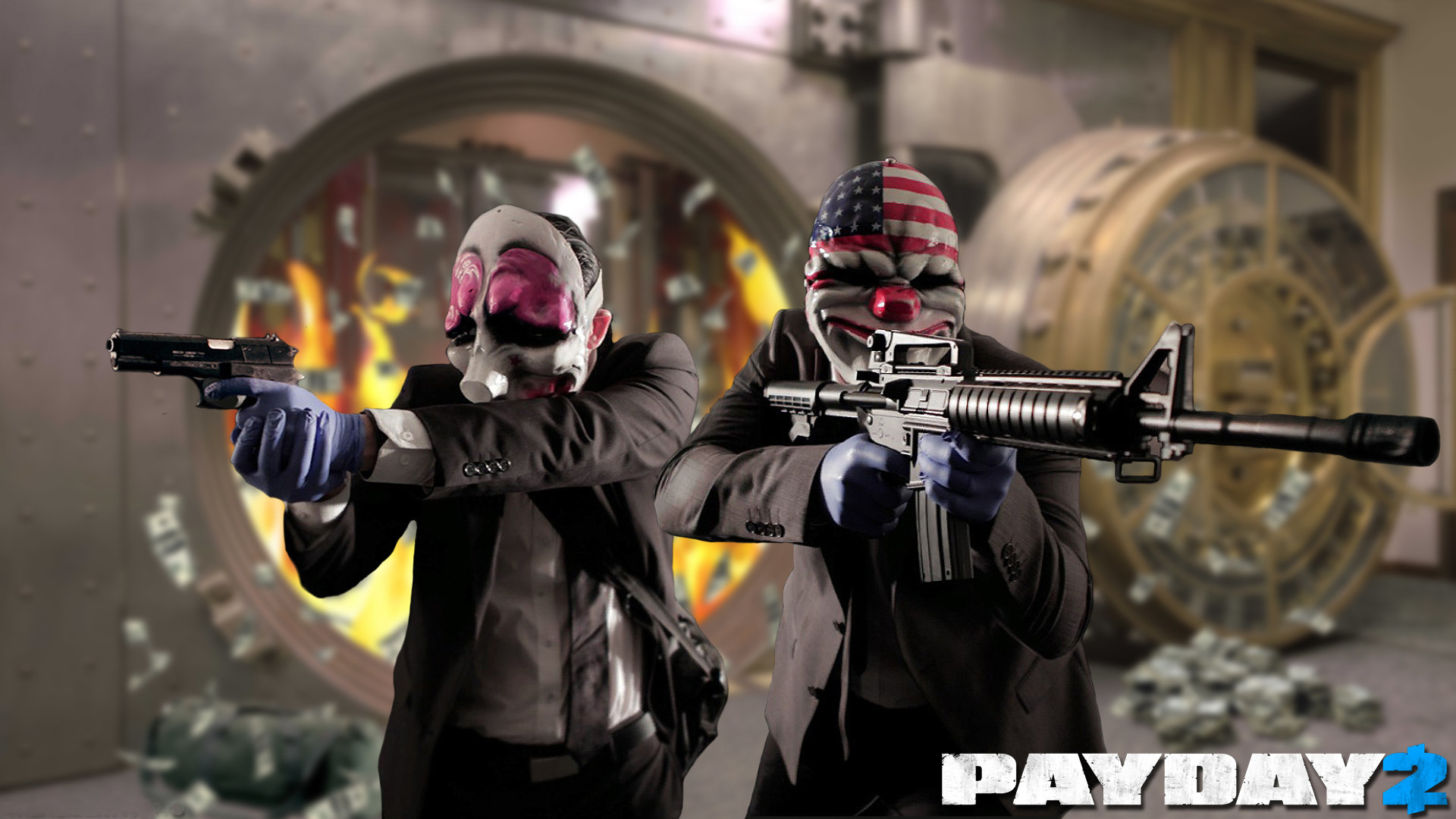 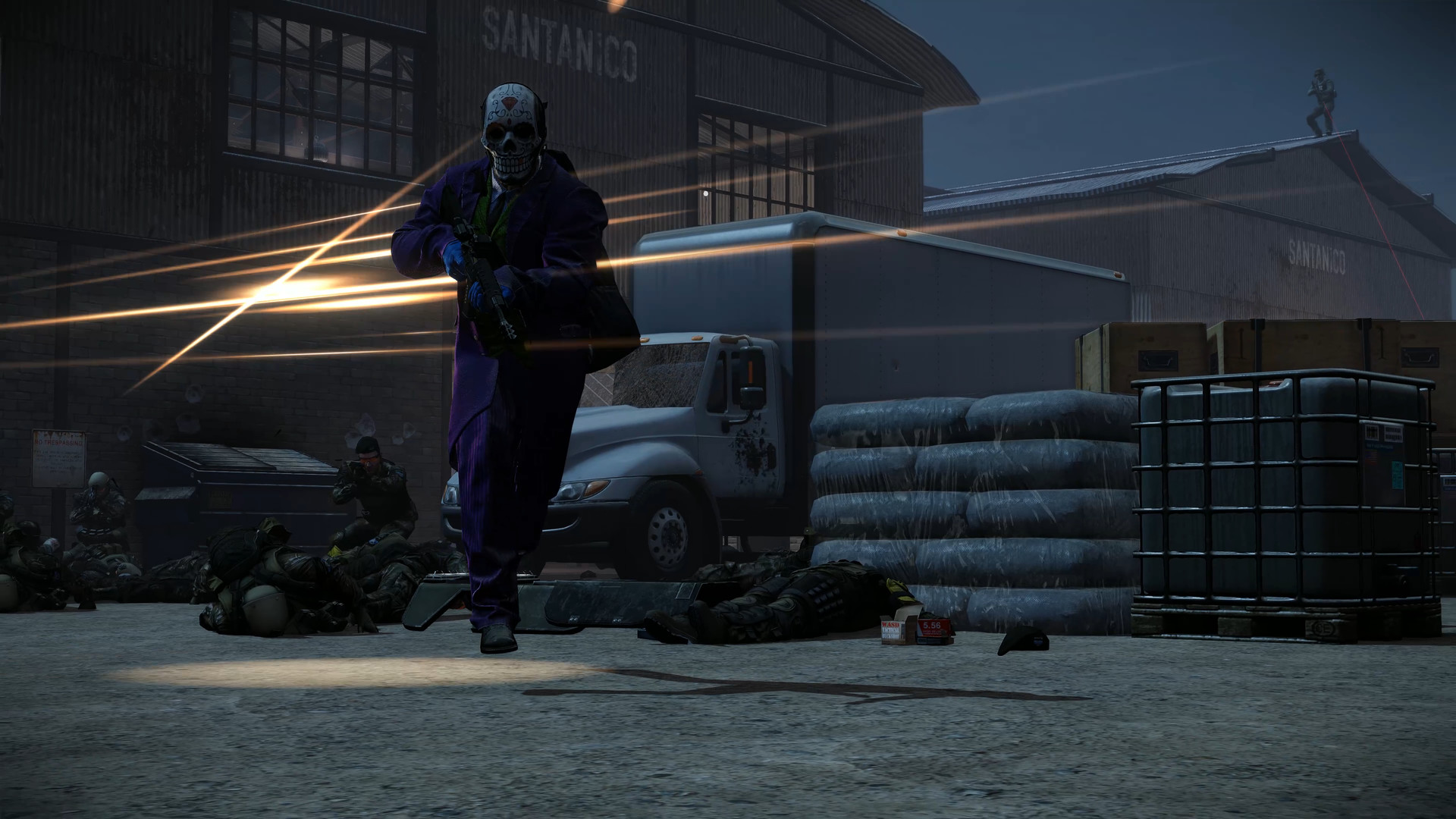 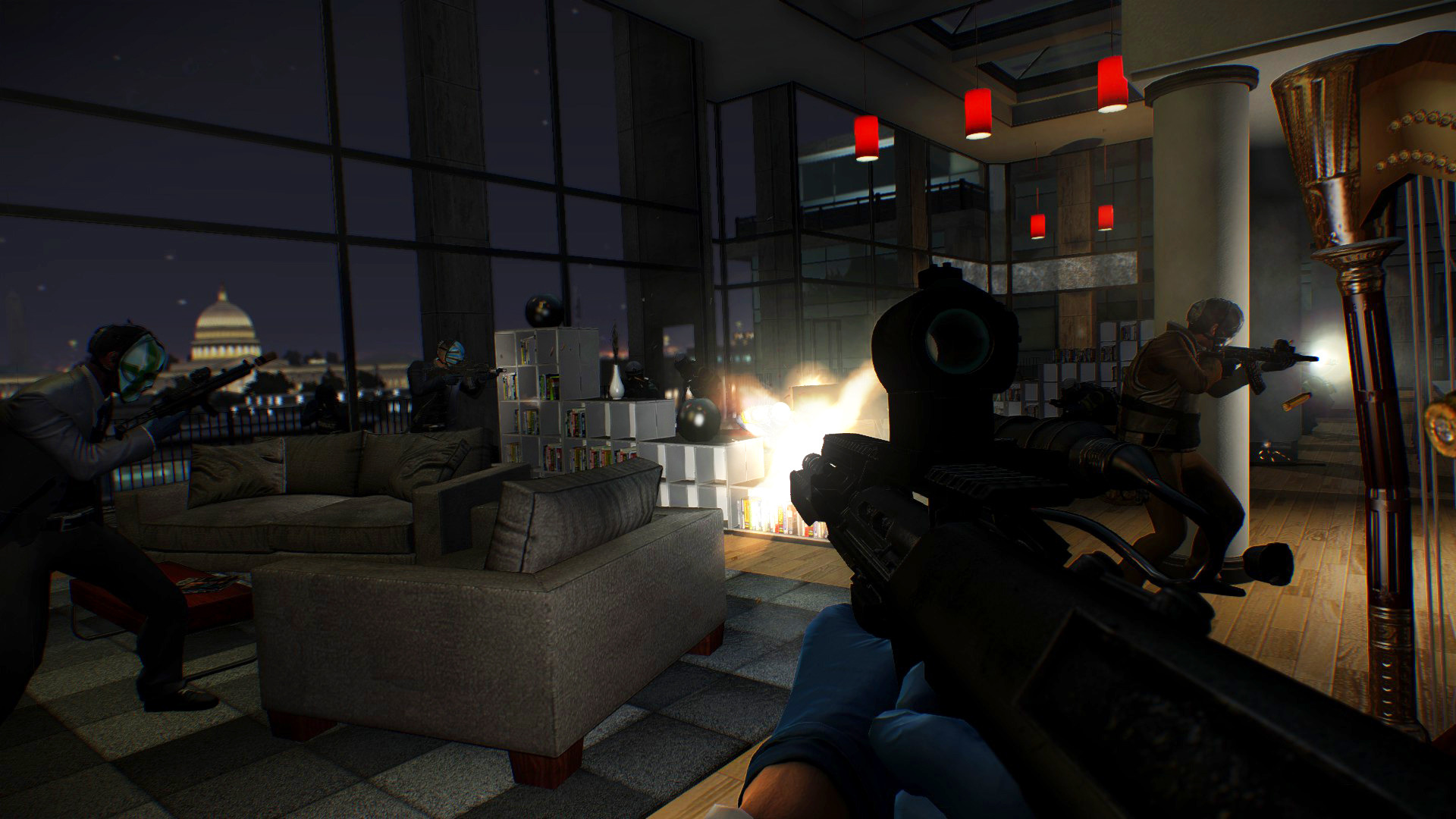 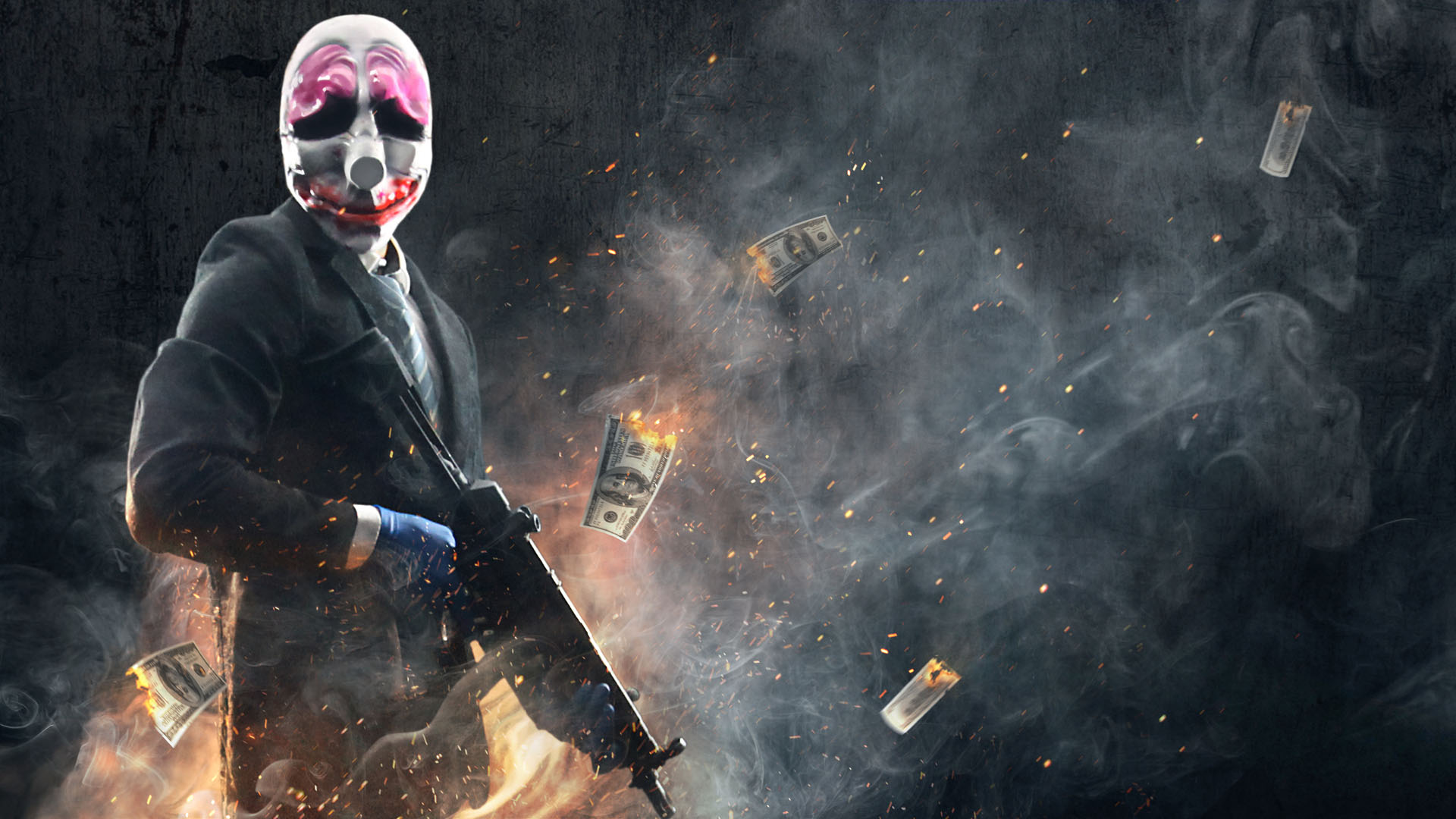 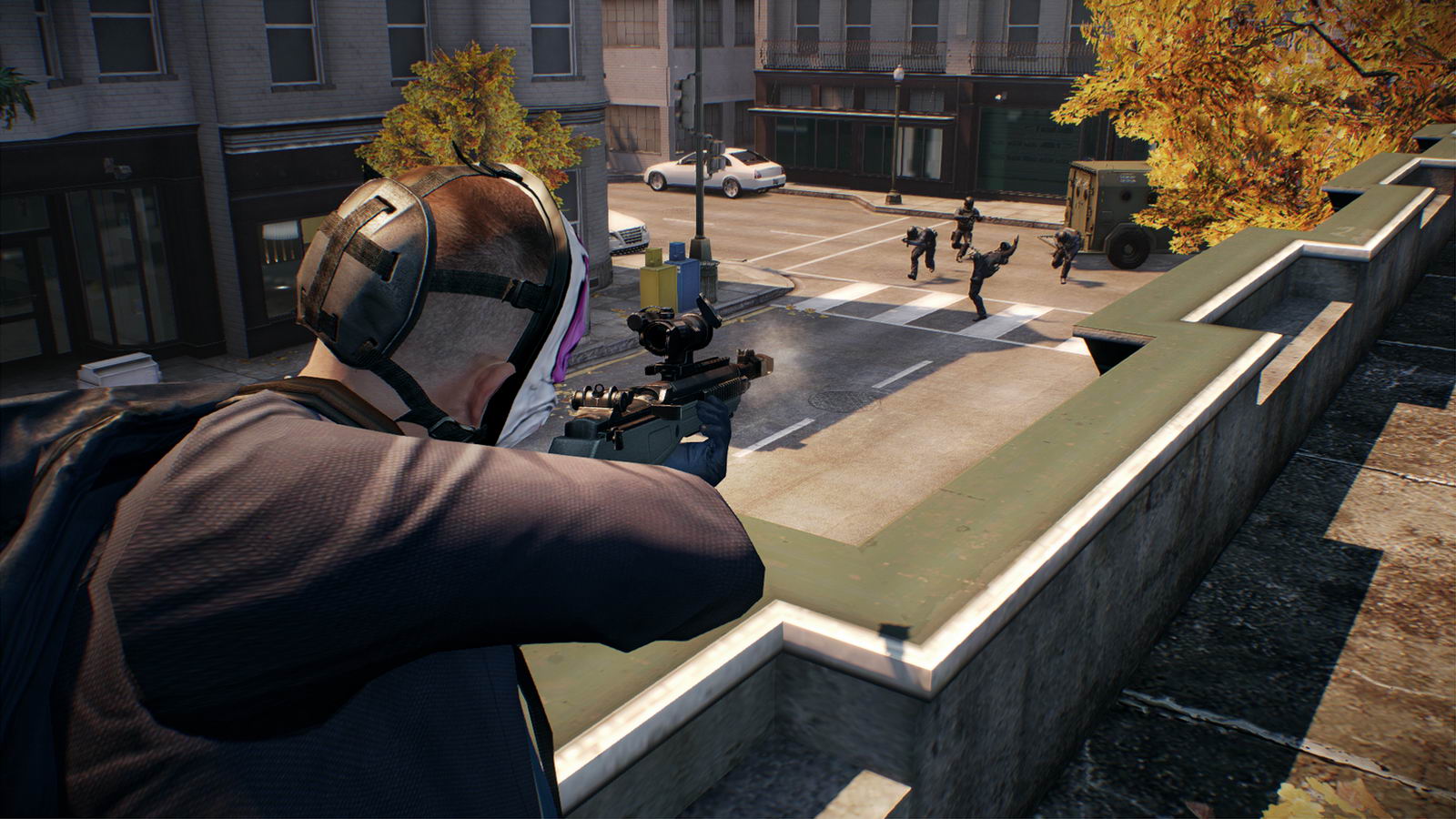 PAYDAY 2 is a four-player co-op action shooter that again allows players to wear the masks of the original PAYDAY gang - Dallas, Hoxton, Chains and Wolfe, who arrived in Washington for a new cool series of crimes.

The new CRIMENET network offers a wide range of dynamic contracts and players can choose from small raids on stores and abductions to large-scale cybercrimes or devastation of huge banks for the sake of this huge PAYDAY. While we´re in the District of Columbia, why don´t we get involved in the local community and do a couple of political assignments?

With a cooperative on a mission of up to four friends, along with the progress of the gang, things are getting bigger and the reward is growing. Along with making money and obtaining the title of the legendary criminal, a new character customization system and a system that allows the gang to change their weapons and equipment appear.

Rob banks, get rewarded - Players must carefully choose their team, because when they start, they will need the right set of skills.

CRIMENET - A dynamic database of contracts that allows players to select affordable deals by contacting local employers such as Ukrainian Vlad, the dark elephant politician, and South American drug dealer Hector. All have their own character and interests.

Shooting and PAYDAY mechanics to a new level - firing weapons and tying civilians has never brought such pleasure.

Dynamic scenarios - you cannot play the same way twice. Each scenario has an element of randomness of events.
Choose your skills - along with the character’s progress there appear skill points that can be spent in five special skill trees: Manipulator, Attack aircraft, Technician, Ghost and Fugitive. Each of them is a deep tree of skills and equipment for mastering. They can be combined to create a universal robber.

More masks than ever - PAYDAY 2 introduces a completely new mask system, giving players the opportunity to create their own unique mask using patterns and colors of their choice, allowing you to get a million combinations.

Weapons and modifications - a new arsenal for a serious robber, containing in itself from sniper and assault rifles to compact PP and melee weapons. When you find your favorite weapons, you can equip them with sights, silencers, arms, barrels, frames, butts and others - all of them will affect your weapon. There are also purely cosmetic modifications - why not go to a drug dealer with a pistol with a walnut handle a nut?

Play as you want - Each case allows you to go through it with different approaches, secretly and slowly or with guns at the ready. Attack as you like, each approach will give a different experience.

Long add-on history - More than 70 updates since the release, including new robberies, characters, weapons and other game innovations, such as controls for cars or loaders.