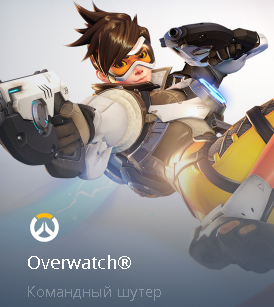 AtYourService information about the seller and his items
offlineAsk a question

Overwatch is a 2016 first-person shooter multiplayer video game for PC, developed and published by Blizzard Entertainment. In the game, players take control of one of several characters, called „heroes” and complete various missions in teamwork-based gameplay.

Gameplay and characters
The main selling point of Overwatch lies in its gameplay. The game is a teamwork-based FPS, where players are divided into groups of six and compete in several game modes. Players get to choose their characters from the roster of over 30 available heroes, each with their unique ability which grants some kind of advantage to the player during the match. Heroes are divided into three categories:


There are several types of missions in Overwatch which work as game modes that include:

Assault, where the attacking team is assigned to take over two enemy points in sequence.
Escort, which assigns one of the teams to protect the payload and escort it to a specific delivery point before time runs out. Payload vehicle proceeds along the track while attacking players are near it, but stops when defenders approach it. When neither side is close to the vehicle it moves backward.
Hybrid, which combines assault and escort mode, with payload acting as the point to be taken from the enemy team and escorted safely to the drop point.
Control, where teams compete to capture common point and hold it down until the control meter reaches 100%.
In-game experience points are awarded based on several factors such as win/loss ratio or effective use of the character. This awards them with gold, silver or bronze medals. Reaching experience levels provides players with loot boxes, which contain randomized items such as victory poses, costumes, voice lines, as well as in-game currency. These items come in three types of rarity: Common, Epic and Legendary. Lootboxes can also be purchased with microtransactions.

Popularity and players receptions
Overwatch gained critical acclaim from players and critics alike and became a commercial success for Blizzard. Players praised gameplay mechanics, engaging modes, as well as well written and interesting character backstories. Overwatch popularity led to the creation of an entire franchise which expands way beyond the gaming world, with dedicated short films, comics and other media. The game’s success also led to the foundation of e

WOW Gold on any server Ru