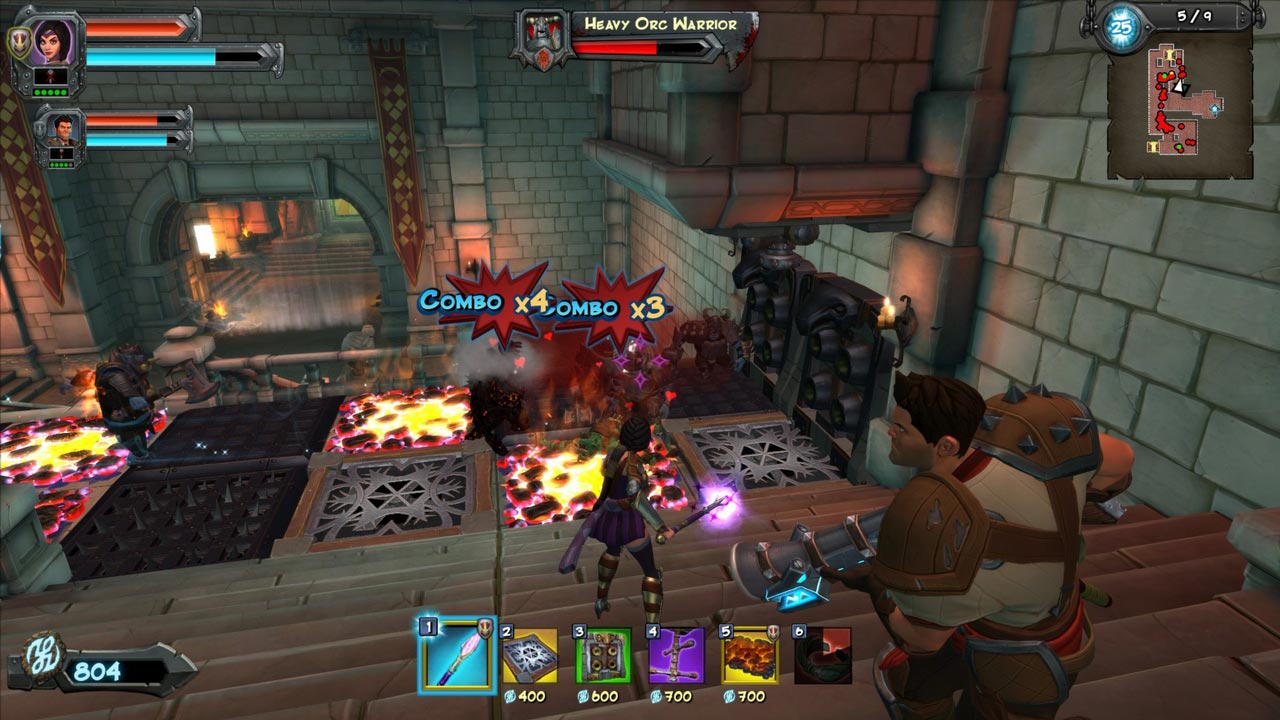 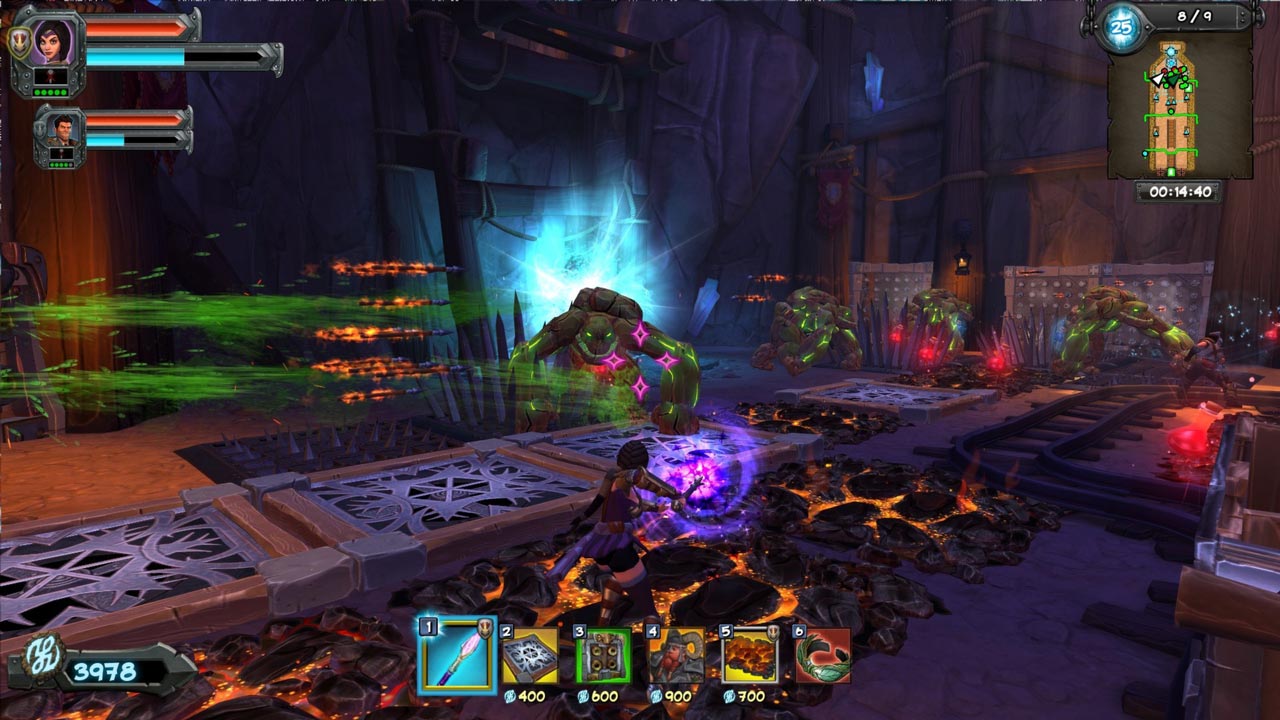 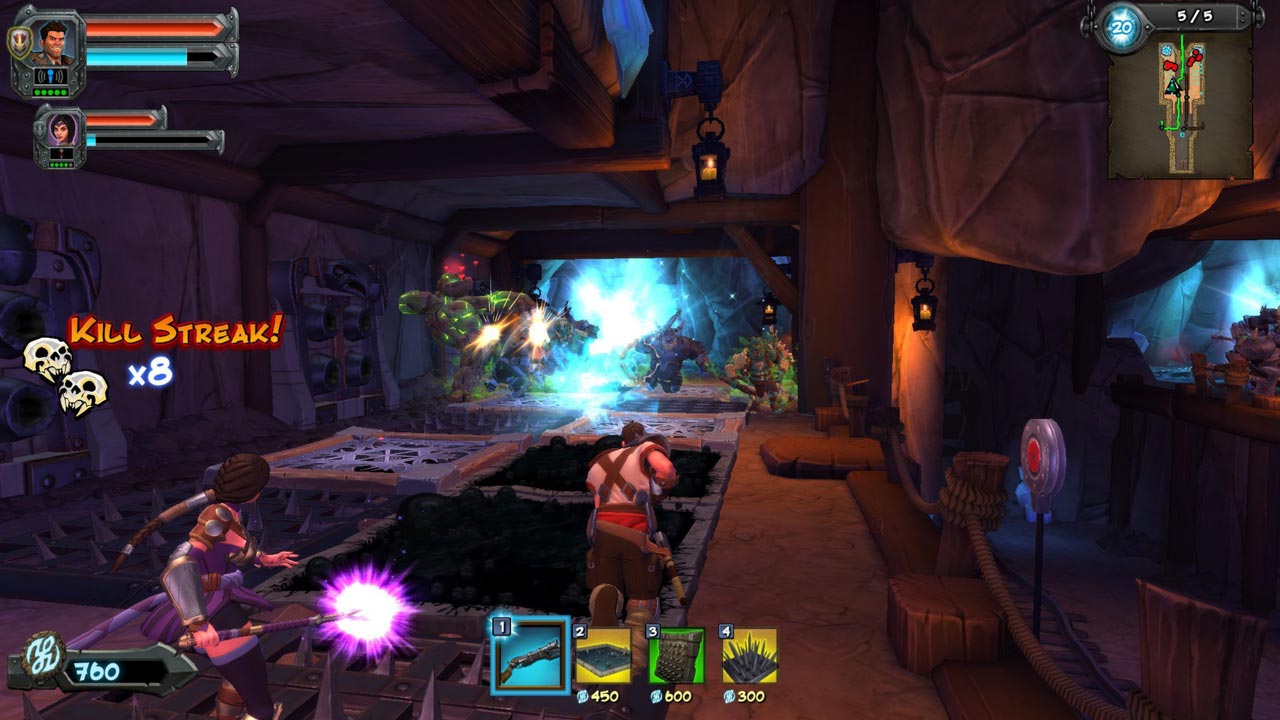 
DESCRIPTION:
You threw them in different directions, burned them with fire, cut them into slices ... The count was in the thousands - but now you need to redouble your efforts! In the second part of the "Strategy Game of 2011" according to AIAS from the Robot Entertainment studio, you have to cut through the myriad hordes of orcs with a friend!
Once again, plunge into the thick of the battle as a powerful battle mage or cunning sorceress. Defend new fortresses and dwarven mines, exterminate thousands of orcs and other monsters - you have a wide variety of weapons, spells, guards, traps and amulets at your disposal. Go through a new campaign with a friend in co-op or fight for survival in endless mode!
Open up access to new and old defenses, improve them and put them into action - let the hordes of orcs grind into juicy green mince!

KEY FEATURES:
• Cooperative play! - You have two heroes at your disposal. The battle mage fearlessly rushes towards danger, while the sorceress prefers to stay away from enemies, holding them back with the help of witchcraft and subordinating them to her will.
• The plot of the campaign. - The story will continue where the story ended at the end of the first part. You can go through the new storyline campaign either alone or together in the co-op mode!
• New endless game mode. - Play alone or with a friend, test yourself for strength, repelling one after another endless attacks of formidable opponents.
• "Classic" mode. - Steam users who purchased the original Orcs Must Die !, will automatically have access to 10 levels of the first part of the co-op game, where they can fight new enemies!
• More than 20 most dangerous opponents. - Fight off new creepy beasts, including earth elementals, trolls and bats. And along with them all your old friends from the original Orcs Must Die will come to visit!
• More than 50 types of weapons, traps and guards. - You can choose anything from a huge arsenal of old and new means of defense, which includes a completely new set of magic amulets.
• Extensive system of improvements. - Over 255 upgrades for traps and weapons are available to you, so you can choose an arsenal to suit your play style.
• Replay value. - Thanks to the variety of game modes, the difficulty level "Nightmare" and the rating system, you want to come back to the game again and again.
• Scoring and leaderboard. - Compete with your friends, strive to take the top line on the leaderboards in both single and co-op!