Of Orcs and Men Photos + Discounts 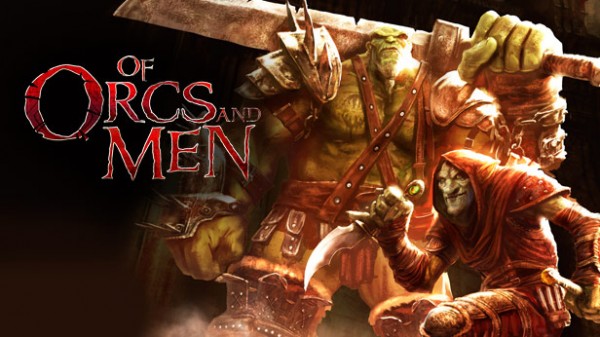 Uploaded: 23.11.2013
Content: of-orcs-and-menkey2.jpg 1824,38 kB
Loyalty discount! If the total amount of your purchases from the seller Zigabyte more than:
If you want to know your discount rate, please provide your email:

Zigabyte information about the seller and his items
offlineAsk a question

The mighty army of people invaded the orcs and goblins.
Battle was fierce, well after surviving on the battlefield goblins winners catch and mercilessly killed, and the orcs captured and enslaved ...
In this fantasy stories you play the role of an Orc warrior from the legendary legion "bloodsuckers" veteran hardened in the most horrible battles.
Commander instructs you a mission that, if successful, will change the course of the war.
You have to kill a single person who is guilty of blood, human,
which for years incited hatred of greenskins human, incited to destroy them ...
Kill the emperor needed.

In this dangerous business you will have an assistant. Goblin.
He did not like orc, but soon it becomes clear that many differences only play in your favor.
The two of you will go a long way - from the dirty back streets at the foot of the Great Wall to the heart of the Empire people.
And only two of us might be able to change history and restore peace.

- Orcs and goblins against the people.
Take a dangerous journey of detailed fantasy universe covered by the fire of war, to carry out a suicide mission indeed.

- They are so different, and yet together.
Each of the two has a green-skinned characters based on the natural qualities of his race and the skills that you have and will develop.
Orc has a remarkable physical strength, endowed with the power of the Goblin different - dark, in addition, it is perfectly able to act covertly, making it the perfect killer.

- Enemies and Allies.
You have a lot of interest, both useful and dangerous encounters: you happen to talk to the wizards,
cross swords with the hired assassins and soldiers of the army of people, and even enter into a confrontation with the powerful Sisters of grief.

\u003cdelivery\u003e The original copy of the key, the license agreement and all copies of the software in its original packaging, you can get a convenient way for you. To do this, after payment and receiving a digital copy of the key, please contact us by email or phone. Postage and packing, as well as courier services are paid separately by you. \u003c/delivery\u003e

* INSTALLATION:
- Download and install Steam - http://steampowered.com/download/SteamInstall.msi
- Register your Steam account
- Go to the "Games" and select "Activate via Steam"
- Enter the activation key
- After that, the game will appear in the list and you can download Of Orcs and Men

Related to item "Of Orcs and Men Photos + Discounts":