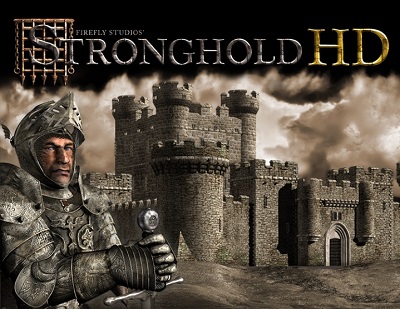 As the original castle simulator, Stronghold HD allows you to design, build and destroy historic castles. Start the medieval war against AI in two single player campaigns or online against 8 players.

History:
“Your courage is challenged; take the test of fire in 21 missions against four renegade Lords.” Your task will be the unification of medieval England and the destruction of the lands captured by the treacherous Rat, Boar, Snake and Wolf. Among the missions are the prevention of sieges and the capture of enemy castles, as well as the containment of the onslaught of enemies. In addition, a full-fledged economic campaign is presented in which you have to collect resources and produce weapons for the allotted time period.

HD Edition:
- Higher resolution graphics give you the most control over your army. The new battlefield in HD will enable you to scale the screen in real time, showing the entire map in a single window. Go around the enemy from the flank, directing the main striking force at his gate. Simulate a retreat and lead the enemy into a deadly trap, watching him defeat.

GAME FEATURES:
- Plan and build your own castle with full economy and death zones.
- Complete 21 historical missions of crowding out the Wolf and liberating medieval England.
- Build your dream castle in a peaceful economic campaign, or capture historic castles in Siege of It!
- Fit the entire battlefield on one screen thanks to the support of HD-resolutions.
- Get your country back in the original Stronghold campaign, now based on a map of Russia!
- Play the original game on Windows XP, Vista, 7, 8, and 10 with added compatibility.