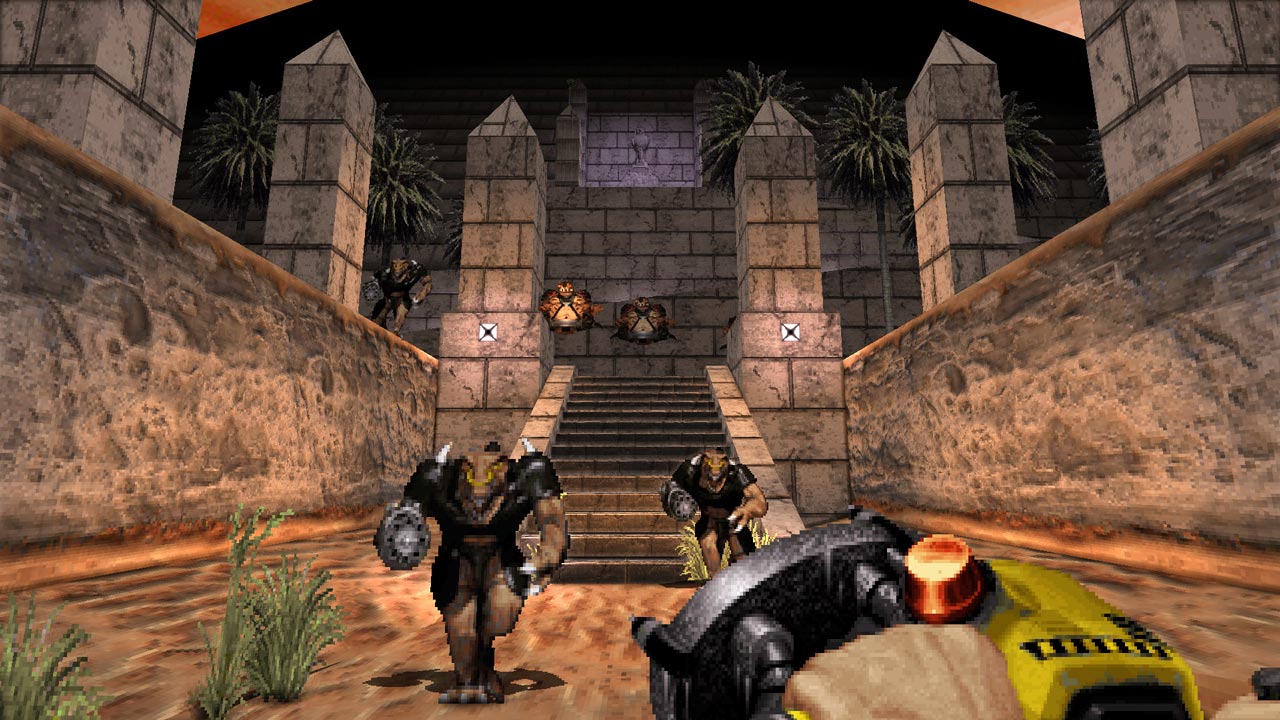 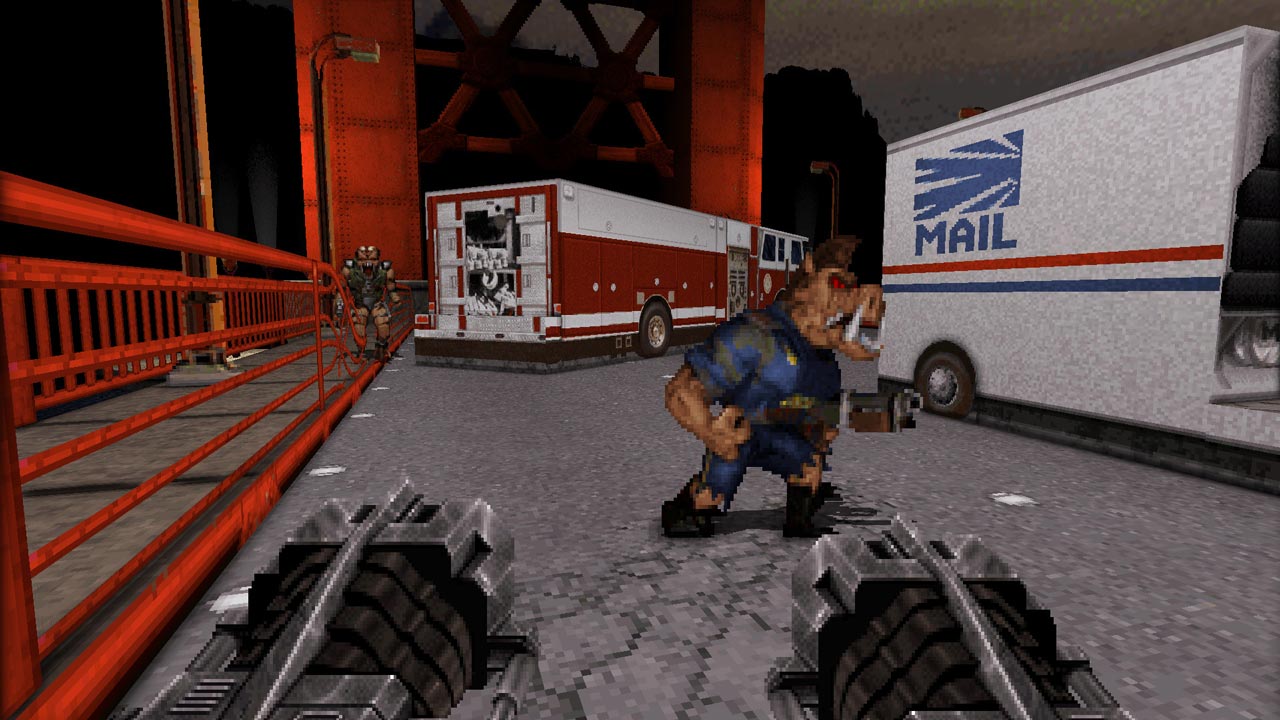 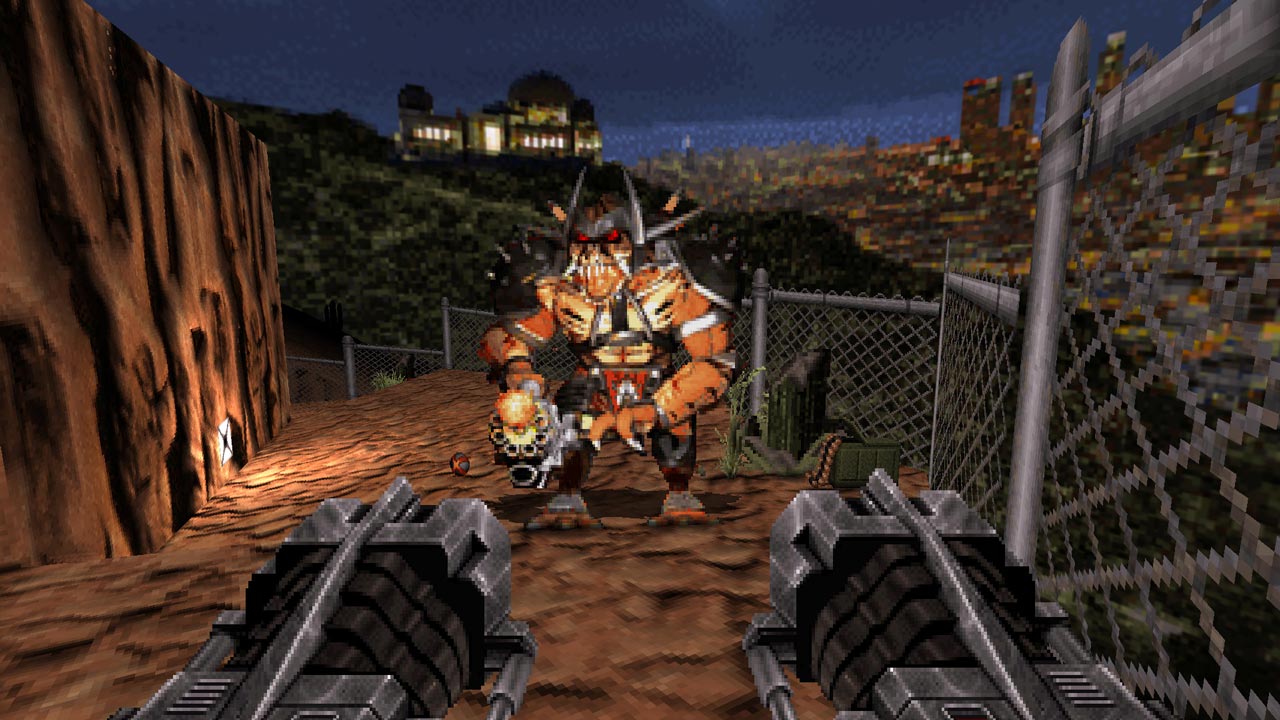 
DESCRIPTION:
Return to 1996 and ask aliens again! In the game “Duke Nukem 3D: 20th Anniversary World Tour”, you will help the greatest hero in the universe once again save the world - and along the way you will deal with terrible monsters and save beautiful girls. Break through hordes of enemies in four classic episodes of Duke Nukem 3D and a TOTALLY NEW FIFTH EPISODE FROM ORIGINAL GAME DESIGNERS! In addition, A NEW MUSIC FROM THE ORIGINAL GAME COMPOSER AND NEW HERO PHRASES are waiting for you.

KEY FEATURES:
• NEW FIFTH EPISODE from the designers of the original game Allen Blum III and Richard “Levelord” Gray!
• Innovations in episode 5: finally, our hero will receive the SPARKER to roast new fireflies!
• New phrases and high-quality dubbing of the voice of the protagonist from actor John St. John!
• New music for the fifth episode from the composer of the original game Lee Jackson!
• The original source code of 1996 and the conversion of the 2.5D engine into true 3D for PC!