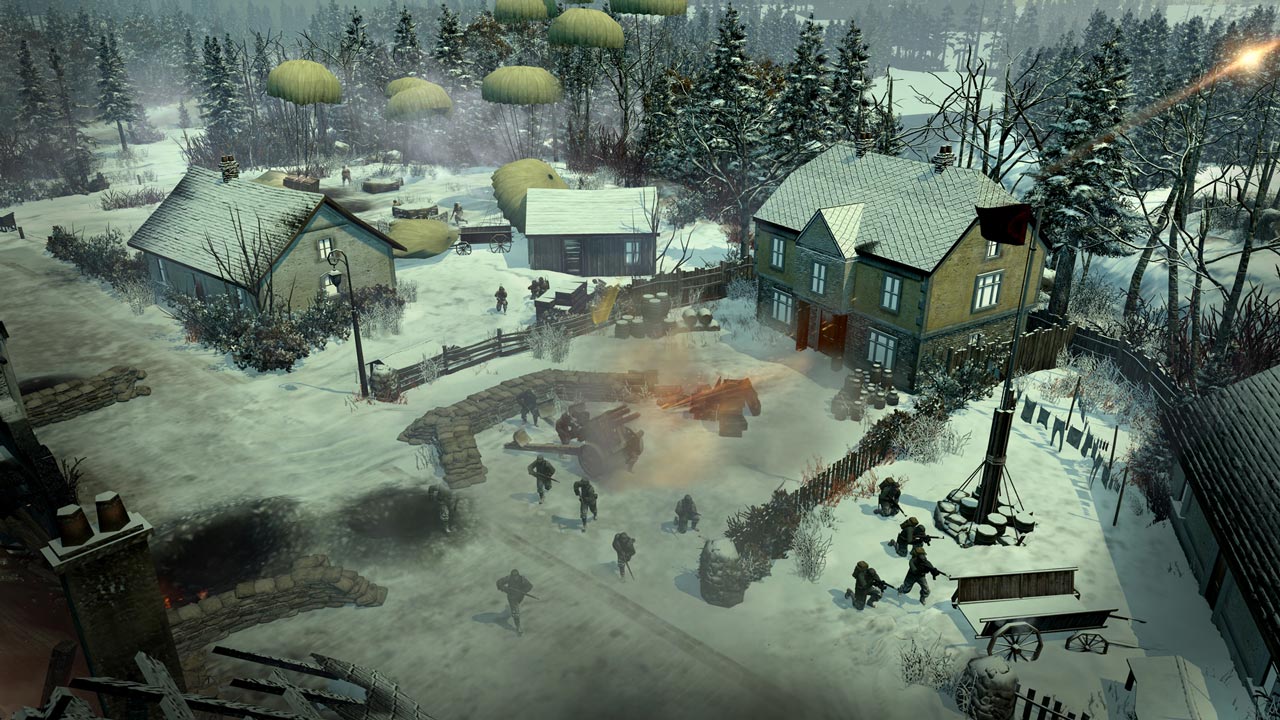 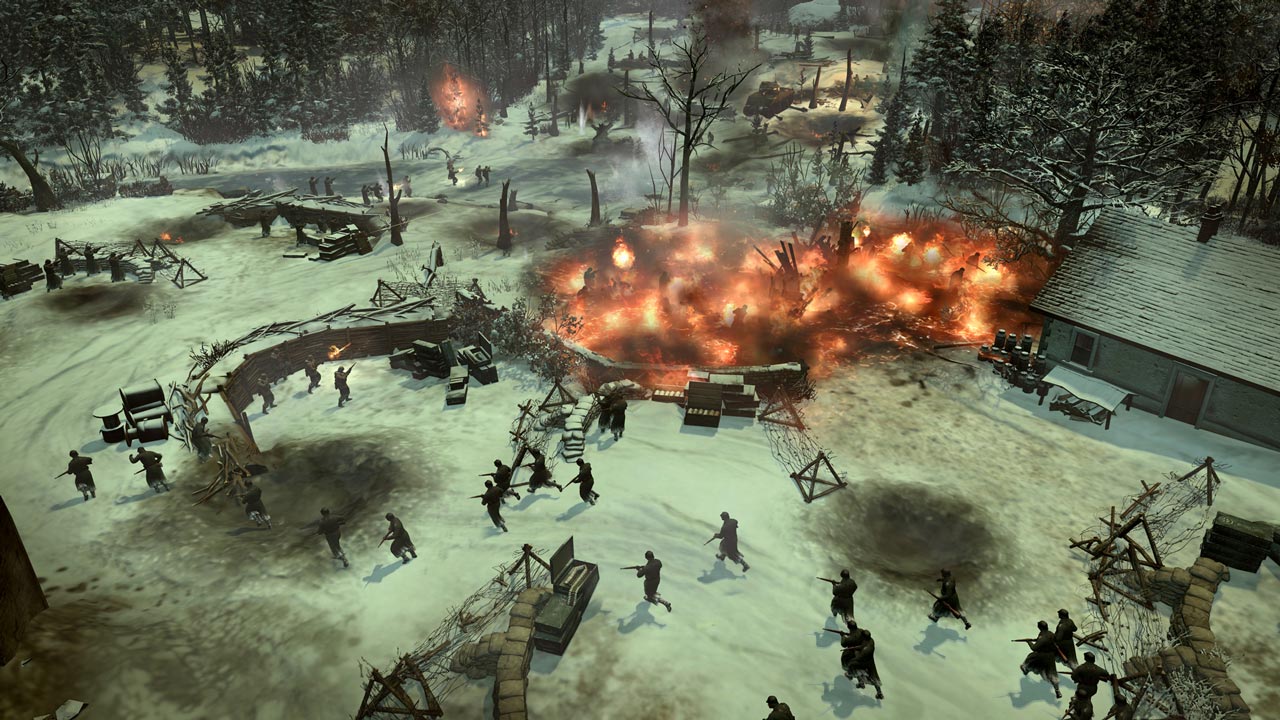 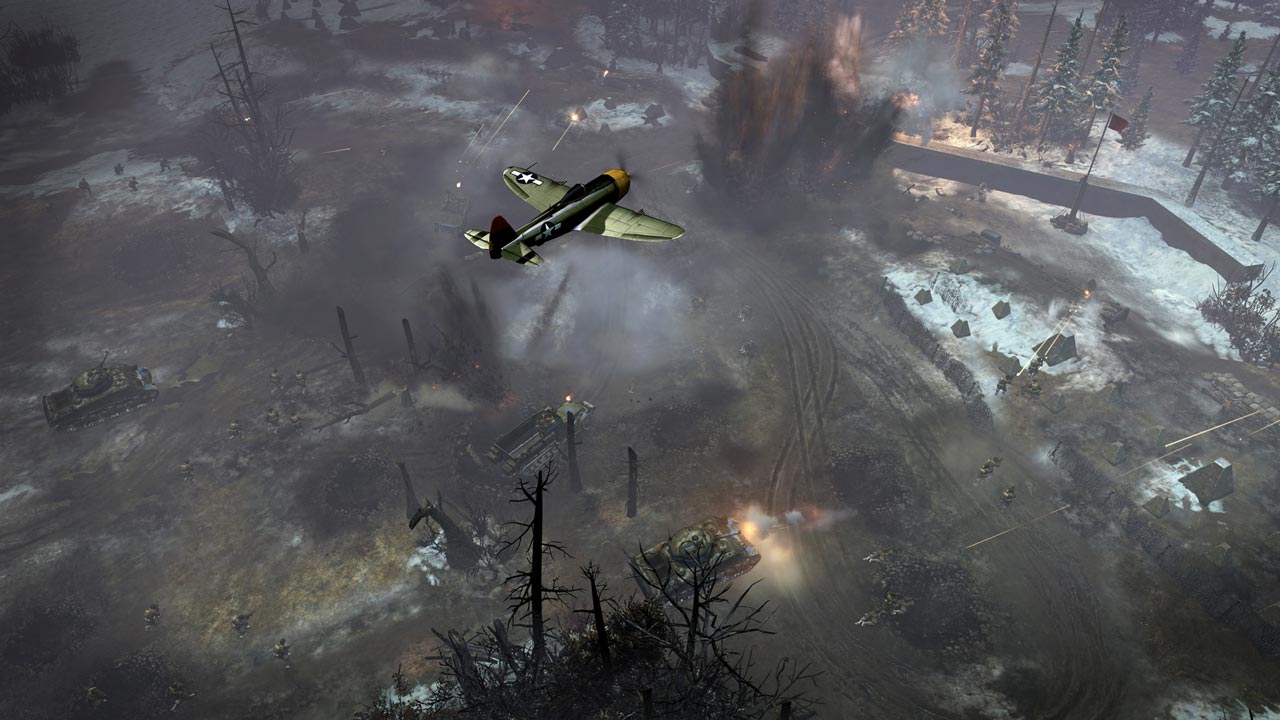 
DESCRIPTION:
Company of Heroes 2: Offensive in the Ardennes is a standalone product that allows you to familiarize yourself with the US Army in 18 single player scenarios.
Continuing the history of World War II, this remarkable campaign takes you into the thick of a battle that Churchill once called "... undoubtedly the greatest battle that American forces have fought so far." This key phase of the war is known as the Battle of the Bulge. You are to lead the forces of the US Army, which in harsh tactical and weather conditions withstand the sudden counterattack of the German High Command West. You will be able to look at the events of this operation through the eyes of three different officers, each of whom is forced to solve their own problems and determine the fate of their company. The reality of war is that no one can escape the risk. Your companies are no exception. Face danger and fight overwhelming forces for control of the strategically important Ardennes region.

KEY FEATURES:
• NON-LINEAR CAMPAIGN. Control a general strategic map that includes all the main territories of the Ardennes operation. Complete combat missions in any order to ultimately crush the Reich war machine and turn the tide of the war
• 18 NEW SCENARIOS. Participate in 11 episodes of a dynamic campaign taking place in the Ardennes, and 7 additional battles based on the key events of this period of the war. Complete dynamic side missions that change with each playthrough
• THREE UNIQUE MOUTHS. A universal airborne company. Indomitable mechanized company. Formidable Support Company. You can select a company before starting the operation. Each of the three companies is led by its own officer with unique character and abilities
• RESPONSIBILITY FOR THE RESULT. Think carefully about your decisions: the state of each company is preserved from episode to episode. The veteran status of units increases the efficiency of the entire company, and the losses incurred reduce it. Mismanagement of resources can lead to the complete loss of a company. The outcome of the entire campaign depends on your decisions!
• OPPORTUNITIES TO CHOOSE. Customize 4 unique abilities of each company with up to 6 different upgrades. Using a unique skill tree of 72 levels, players can choose the direction of the development of commanders during the campaign

INSTRUCTIONS FOR ACTIVATION:
1. Download and install the Steam client - http://steampowered.com/download/SteamInstall.msi (if not already installed)
2. Start it. Create a new account or go to an existing one
3. Copy the received link and paste it into your internet browser
4. Log into your account and take a gift to your library or add it to your inventory (you can transfer the Gift to someone else)
5. After activation, the game will appear in the library and you can install it