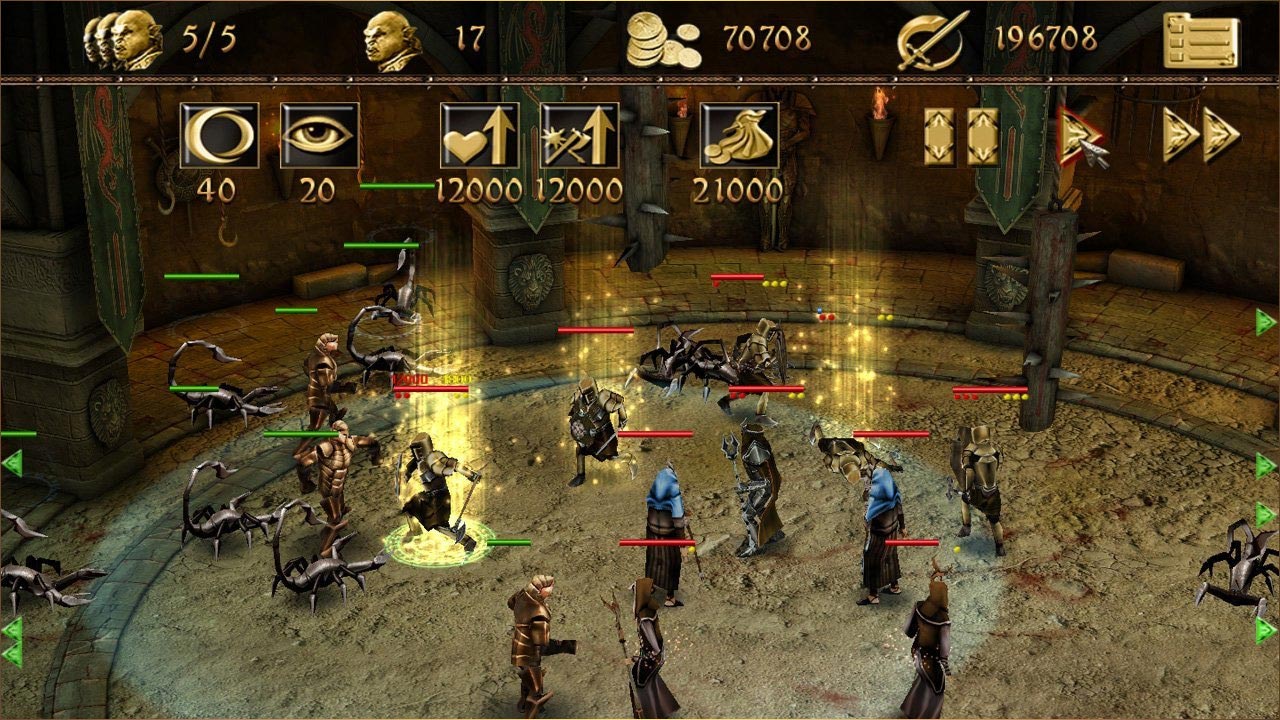 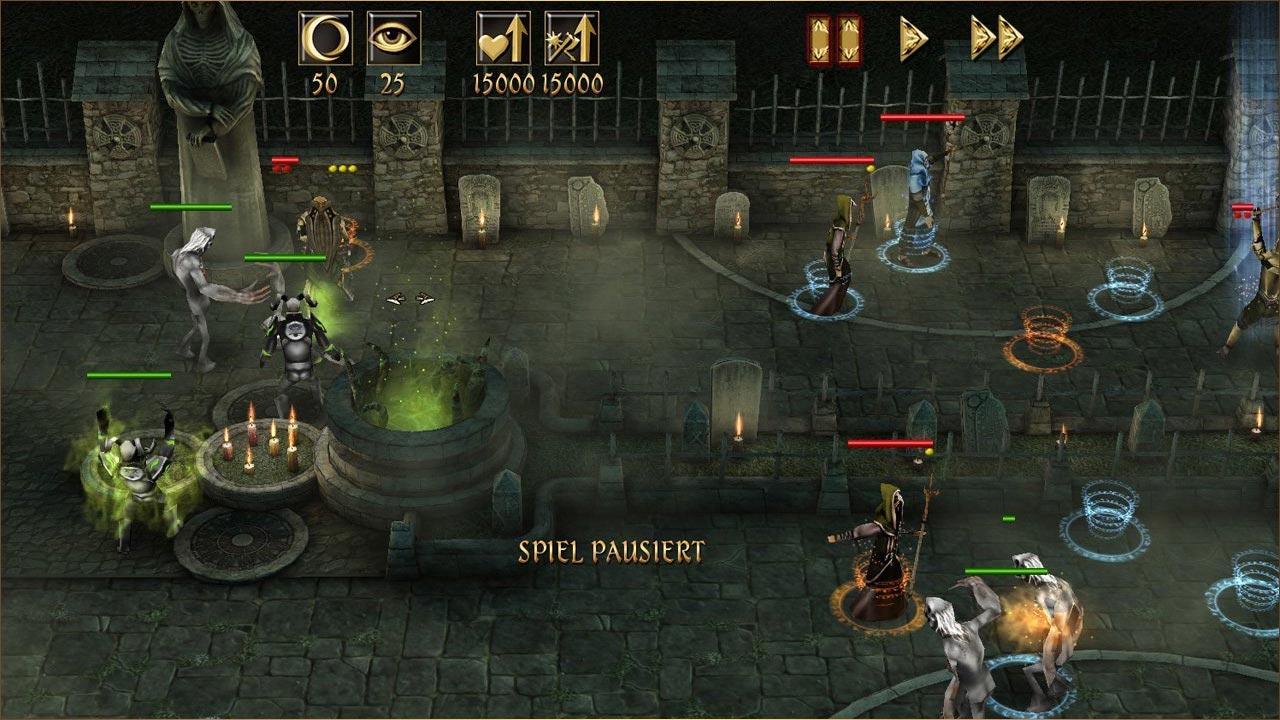 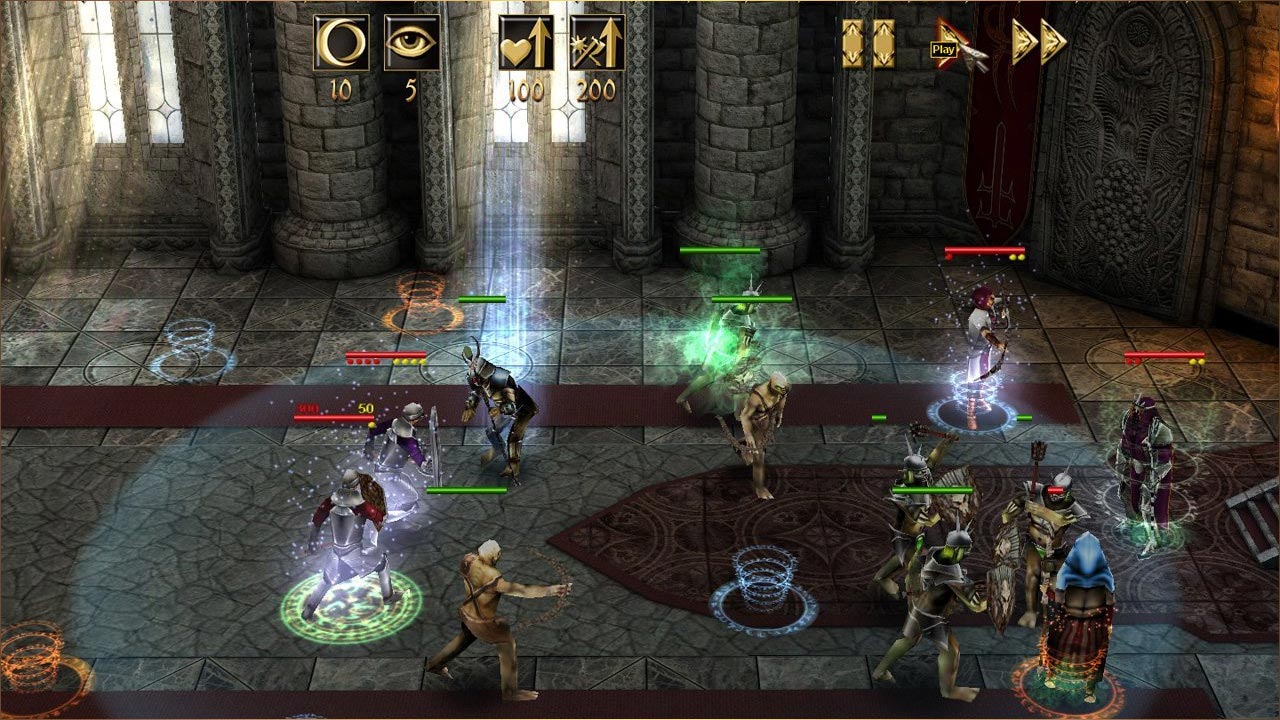 
DESCRIPTION:
Two Worlds II: Castle Defense is a real-time strategy based on the role-playing games of Two Worlds and Two Worlds II. While the bloody battle between the troops of Gandohar and the armies of the Orcs is raging in front of the gates of Osvarot, the emperor, sitting inside his palace, awaits the outcome of the battle for power. However, he does not know that the elite unit of the Orcs, led by Rogdor, makes his way through secret paths to the fortress and will soon reach the throne room. In Two Worlds II: Castle Defense for the first time you have to play the role of villains - Emperor Gandohar and his henchman Sordakhona. Using the gift of foresight and other skills, you must protect the abandoned ruins, dark forests and winding catacombs from the swift Orcs, as well as protect the throne of Gandahor and the fortress of Osvarot, using various tactics and weapons.

KEY FEATURES:
• Campaign locations include Desert Ruins, Forest Camp, Cemetery
• Challenges in the arena with fights for 5-10 Minutes
• The main storyline, portending the rise of Gandohar and the Events of Two Worlds II
• 2 game characters each with unique abilities
• 6 game units with upgrades and power levels
• 98 different enemies and 30 classes
• Advanced unit management, including Tricks and Teleportation
• Reunion with your favorite characters and places from Two Worlds II
• OpenFeint with leaderboards and achievements