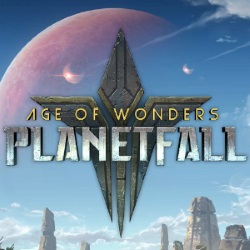 Loyalty discount! If the total amount of your purchases from the seller CDKEY.TRADE more than:
If you want to know your discount rate, please provide your email:

CDKEY.TRADE information about the seller and his items
offlineAsk a question

As a bonus you will receive DLC (addition to the game):
Space Kit "Paragon Noble"

Description:
Help your people recover from the collapse of the galactic empire and lead them to prosperity. Age of Wonders: Planetfall is a strategy game from Triumph Studios that has developed the popular Age of Wonders series of games. In the new game, you can try out the fascinating tactics of turn-based battles and a well-thought-out system of state development, familiar from the early parts of the series, in a science fiction universe.

Game activation:
1) Download and install Steam - http://steampowered.com/download/SteamInstall.msi (if not already installed).
2) Register a new account on Steam or go to an existing one.
3) Go to the "My Games" section, select "Activate via Steam" and enter the key.
4) After activation, the game will appear in the list of games, and you can download it from steam.

Dear customers, your feedback is very important to us. Even a concise "ok" or "" is of great importance to us, and at the same time does not take much of your time.
Feedback on our work you can leave on the page with the paid product.

If you accidentally closed the page with the paid goods, without having managed to save it, you can always return to it and view all your purchases by visiting http://www.oplata.info

All our products and contacts you can find on the page: http://cdkeytrade.plati.market/

A Way Out + LIFETIME WARRANTY (RUSSIAN)🔴