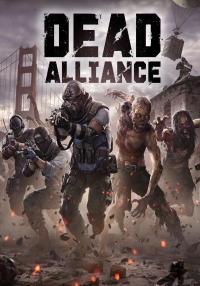 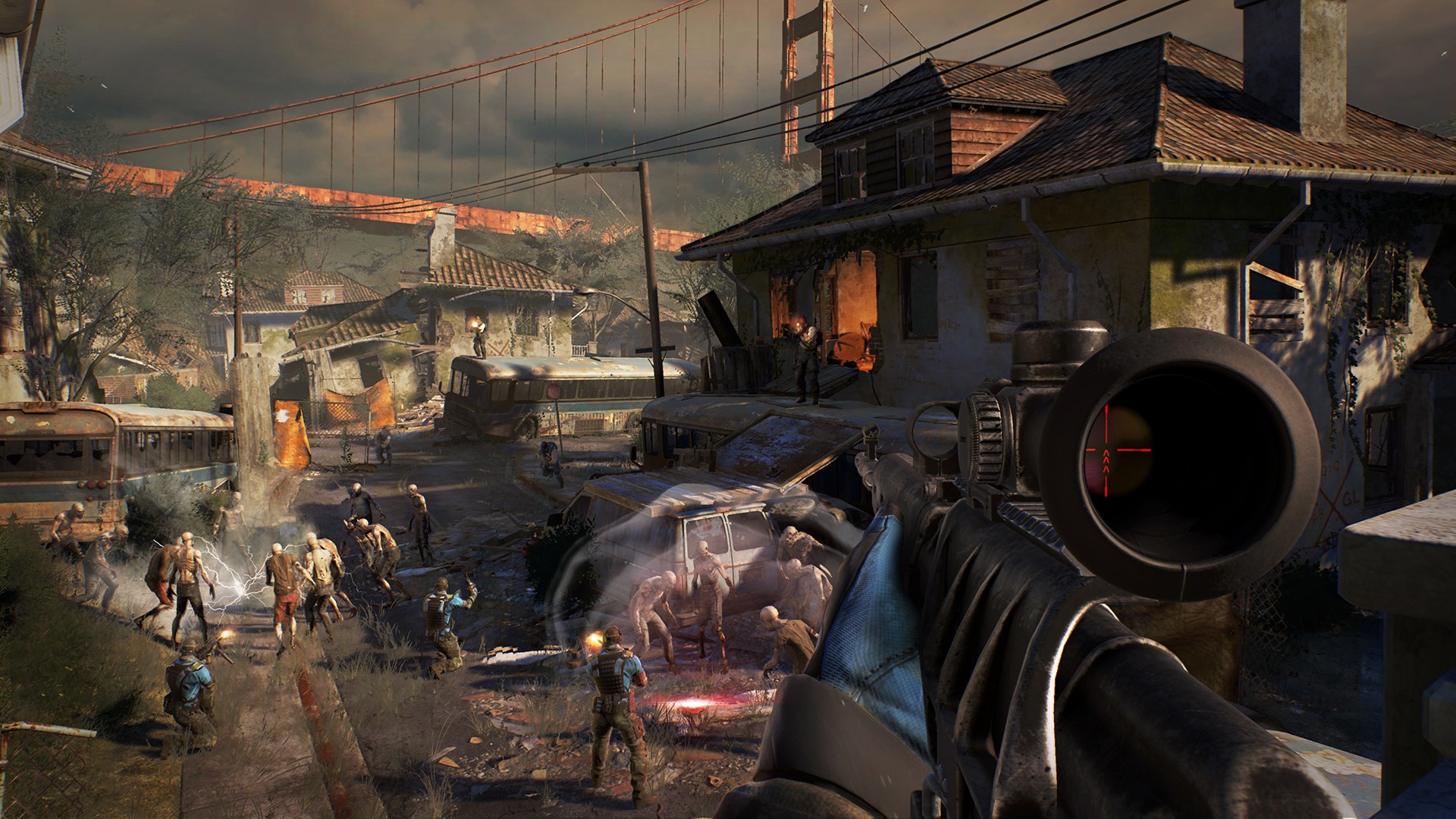 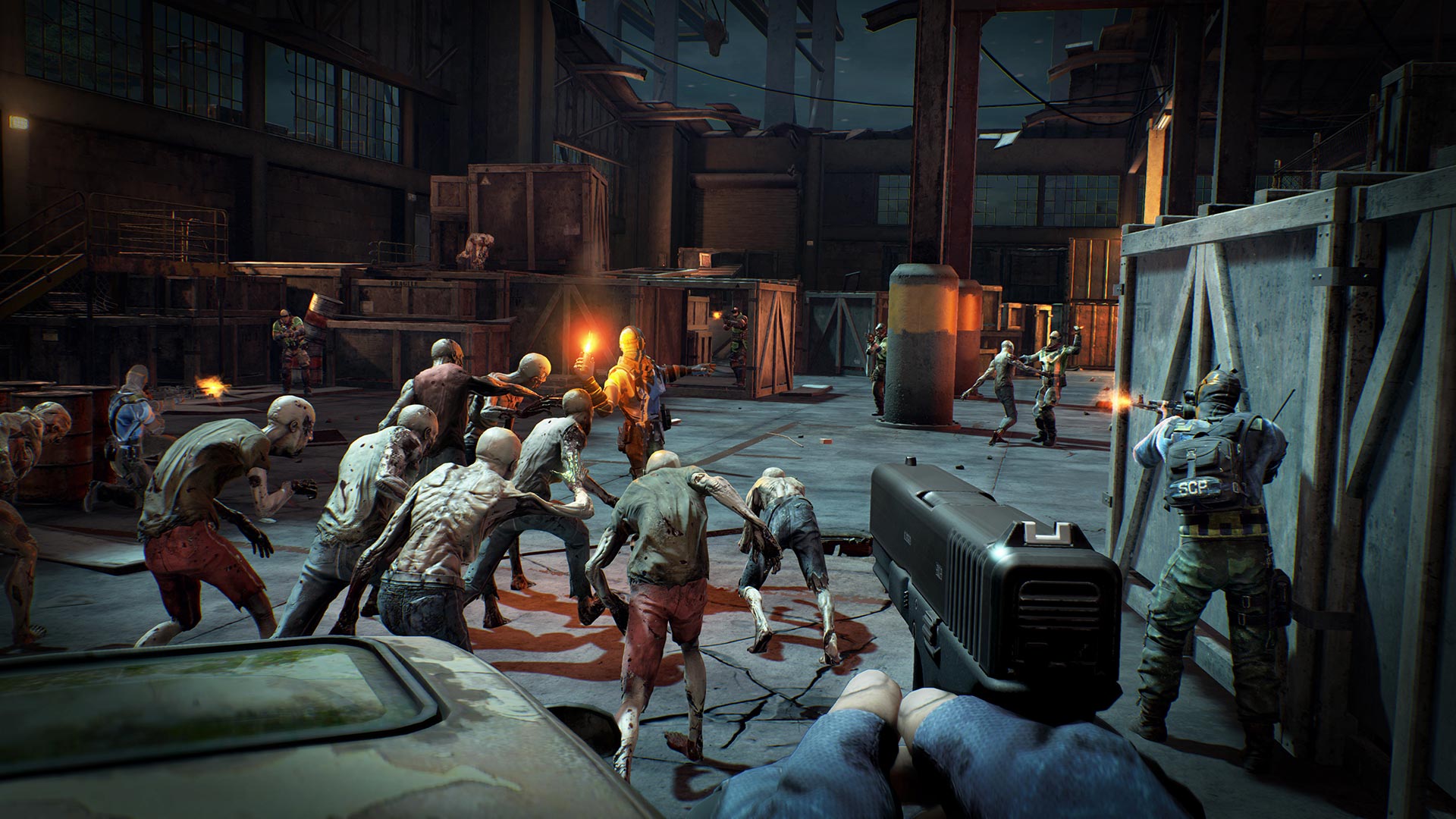 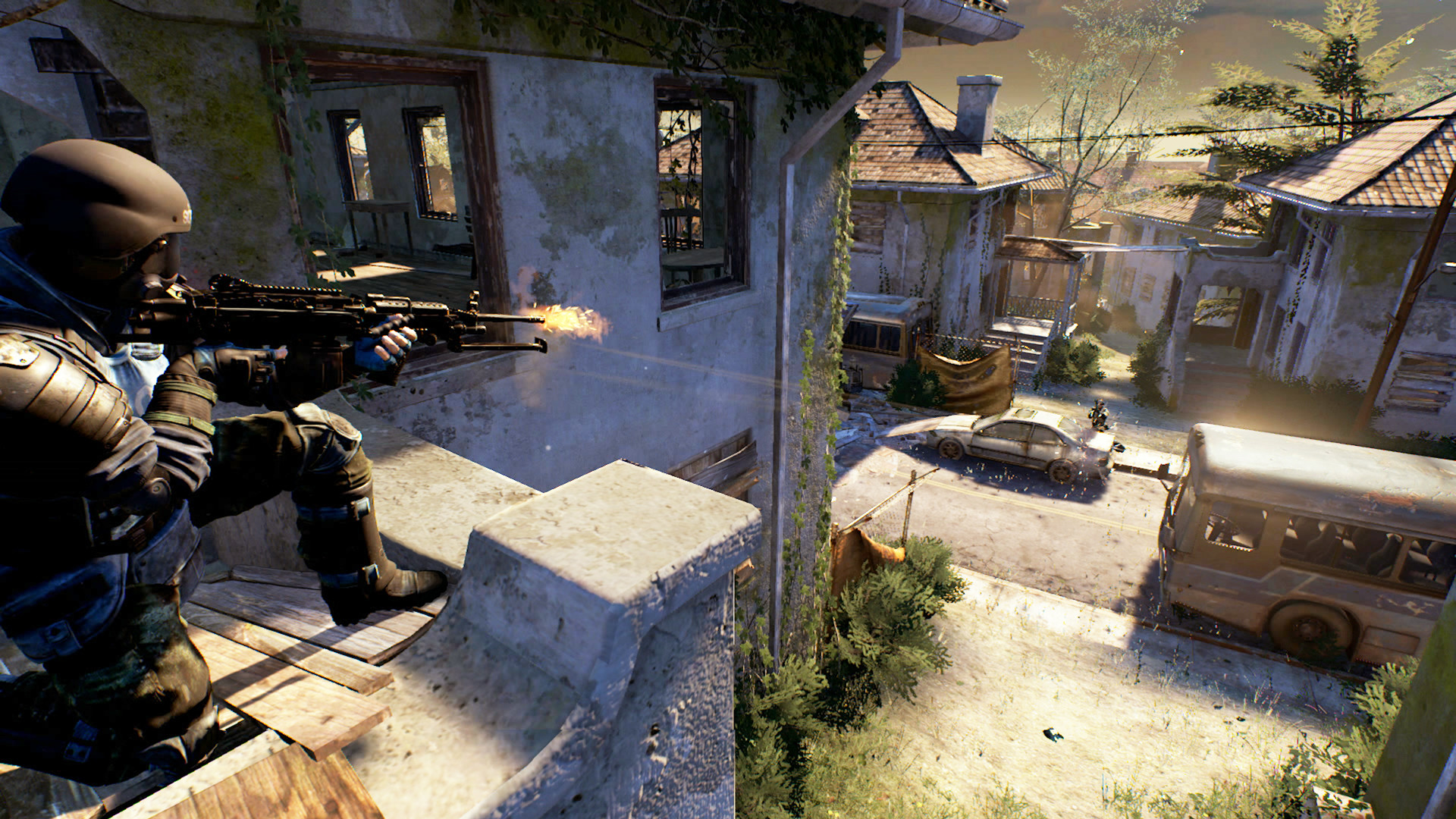 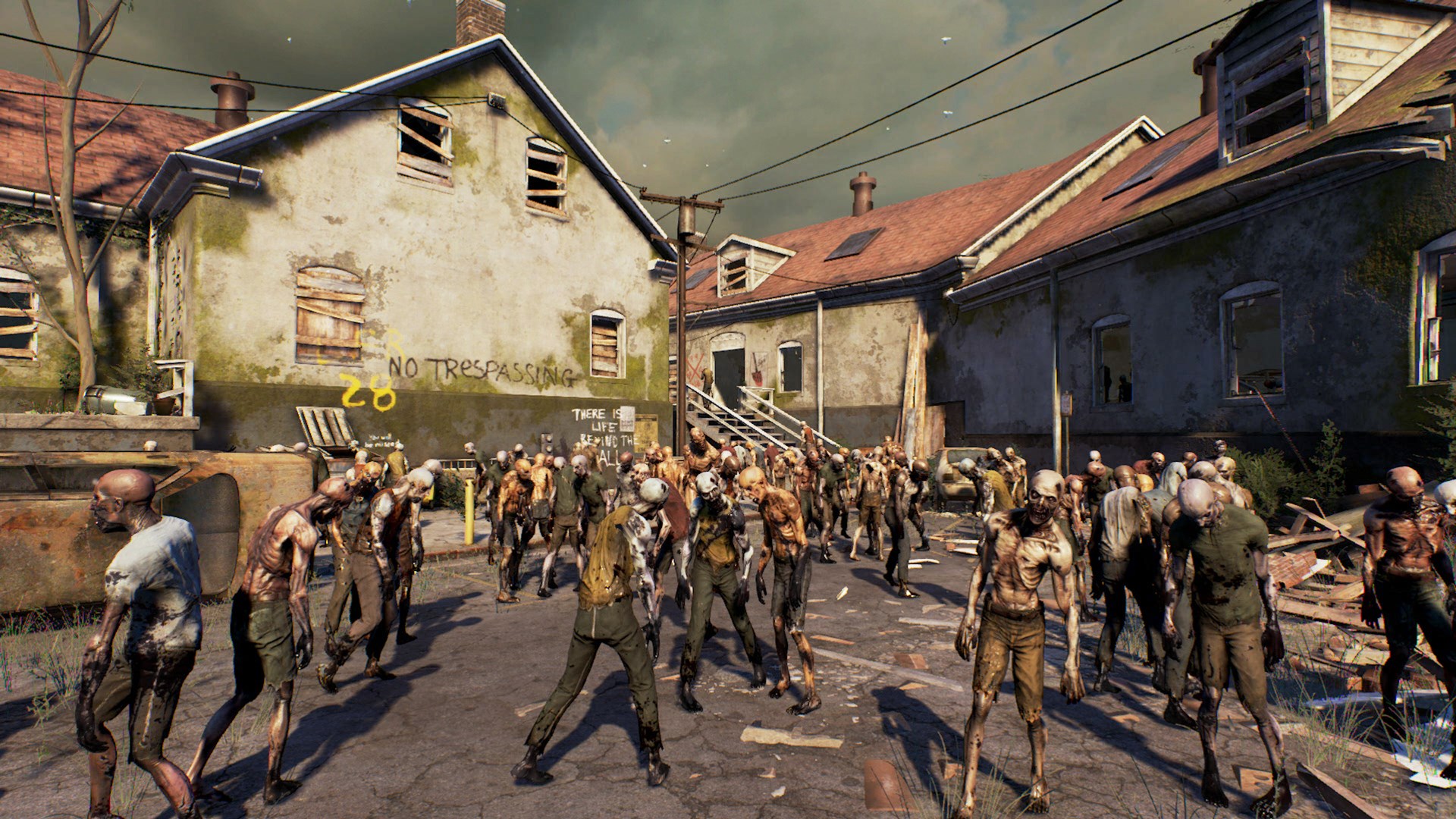 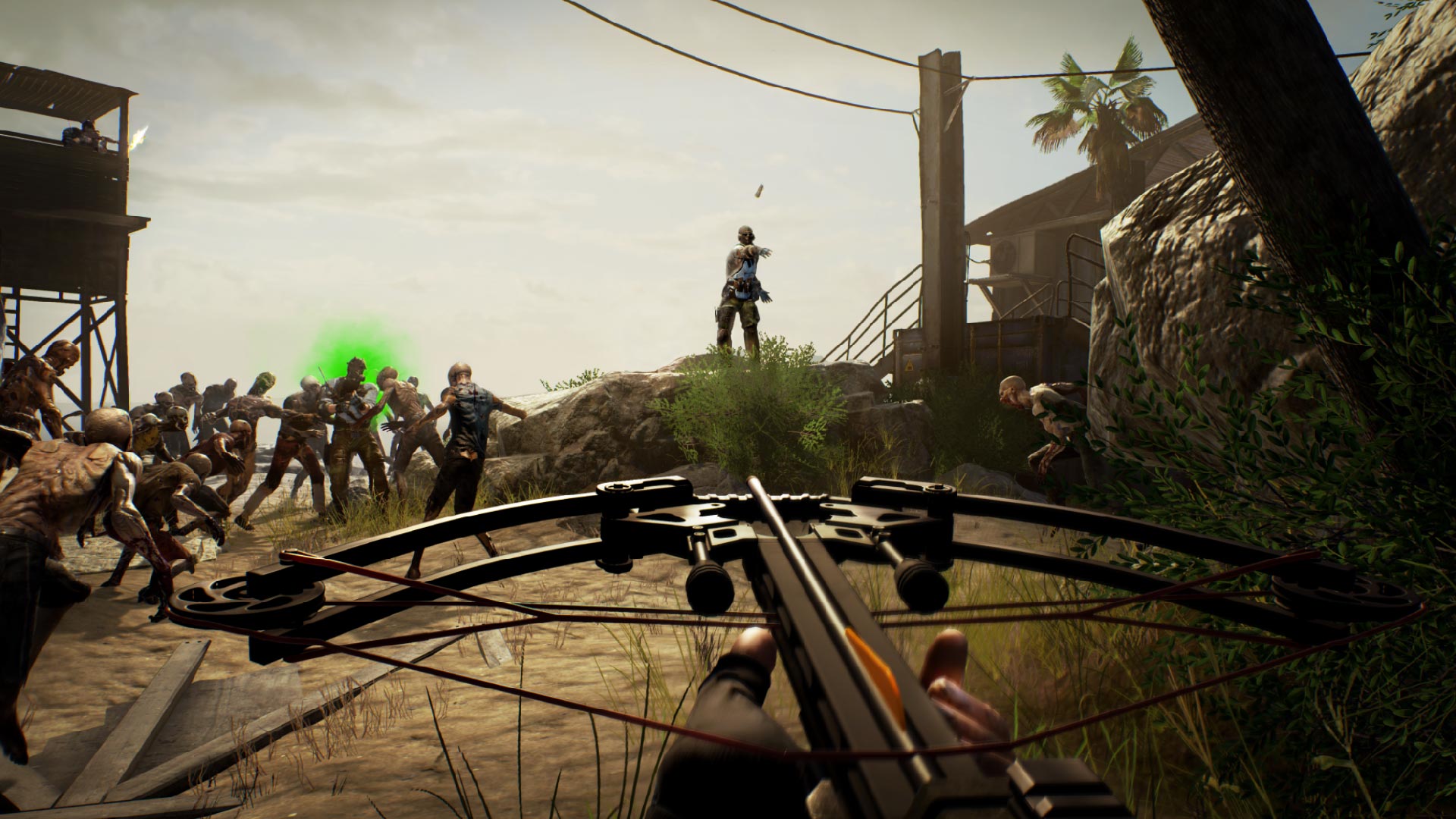 Multiplayer Edition + Full Game UpgradeDead Alliance ™ is a dynamic first-person shooter designed for multiple players. The game takes place in a populated zombie post-apocalyptic world where military bases have become the only surviving city-states. You have to assemble a team and capture the base on the map, using zombies as a weapon in battle against other factions. The game has a lot of guns, from pistols to garnet with pheromones; You have to fight with the enemy armies and disgusting cannibals, while trying to capture and keep as many bases as possible. The world is devastated, and your only hope for survival is to use the dead ... or become one of them.
• Chaotic joint battles: 4 to 4, point retention, king of the hill, battle with access for all, team battle to the death, etc.
• Capture the dead: think quickly and use zombies to distract, immobilize and attack opponents. The game has many tools (zMods) to subdue zombies: bait, grenades with pheromones and traps.
• Network zombie arena: to win on it you need to capture the enemy´s base, moving between the roads in the zombie jungle.
• Single survival mode: here you have to beat off the endless waves of bloodthirsty zombies, simultaneously opening new maps. *
• Single tasks: the ability to test your strength in battle with zombies and computer opponents, performing various tasks. *
• Numerous settings: you can change abilities and equipment, collecting an arsenal of powerful shotguns, rifles, crossbows and other weapons. * Dead Alliance ™: Multiplayer Edition It does not include materials for a single-player game.

22. Calculate and plot the change in the magnitude of t