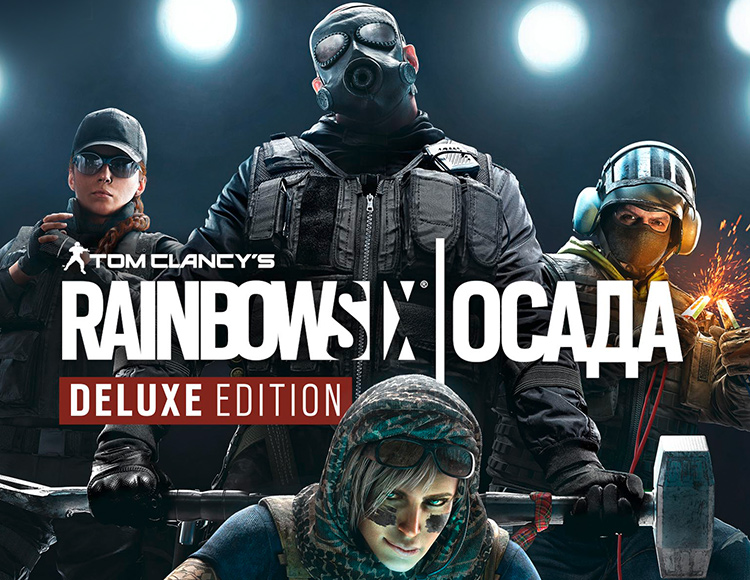 After payment you will receive a link by which you can get the license key with the game Tom Clancy´s Rainbow Six Siege - Deluxe Edition (Year 4) from the official distributor - the company "Buka", to activate Uplay.

1. If you do not have the Uplay client installed, download and install it.
2. Log in to your Uplay account or register a new one if you do not already have one.
3. To activate the code in Uplay, click on the image of three horizontal lines in the upper left corner and select "Activate product".
4. Enter the activation code.
5. After that, the game will appear in the "Games" section, and you can download it.


Description:
The composition of the publication:

Full version of the game.
All 8 operatives of the 1st year (Frost, Buck, Valkyrie, Blackbeard, Caveira, Capitão, Hibana and Echo).

Gather your team of operatives with special devices and lead them to victory in a 5x5 battle.

Become an agent of a group that knows absolutely everything about melee tactics, the use of demolition charges and the commission of lightning-fast actions during an operation. The game features the five most famous special forces: the Russian "Special Forces", the British SAS, the American SWAT, the French GIGN and the German GSG9.

Get into the lair of the enemy, using the latest technology; create your post and keep the defense. Whichever way you turn out, you need to keep your ears open during the siege.

The newest model of destruction will allow you to become the "creator" of the world around you. Destroy the walls, punch the floor or ceiling - to achieve the goal you need to use any opportunities and loopholes.