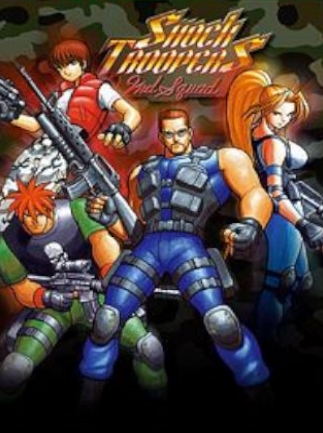 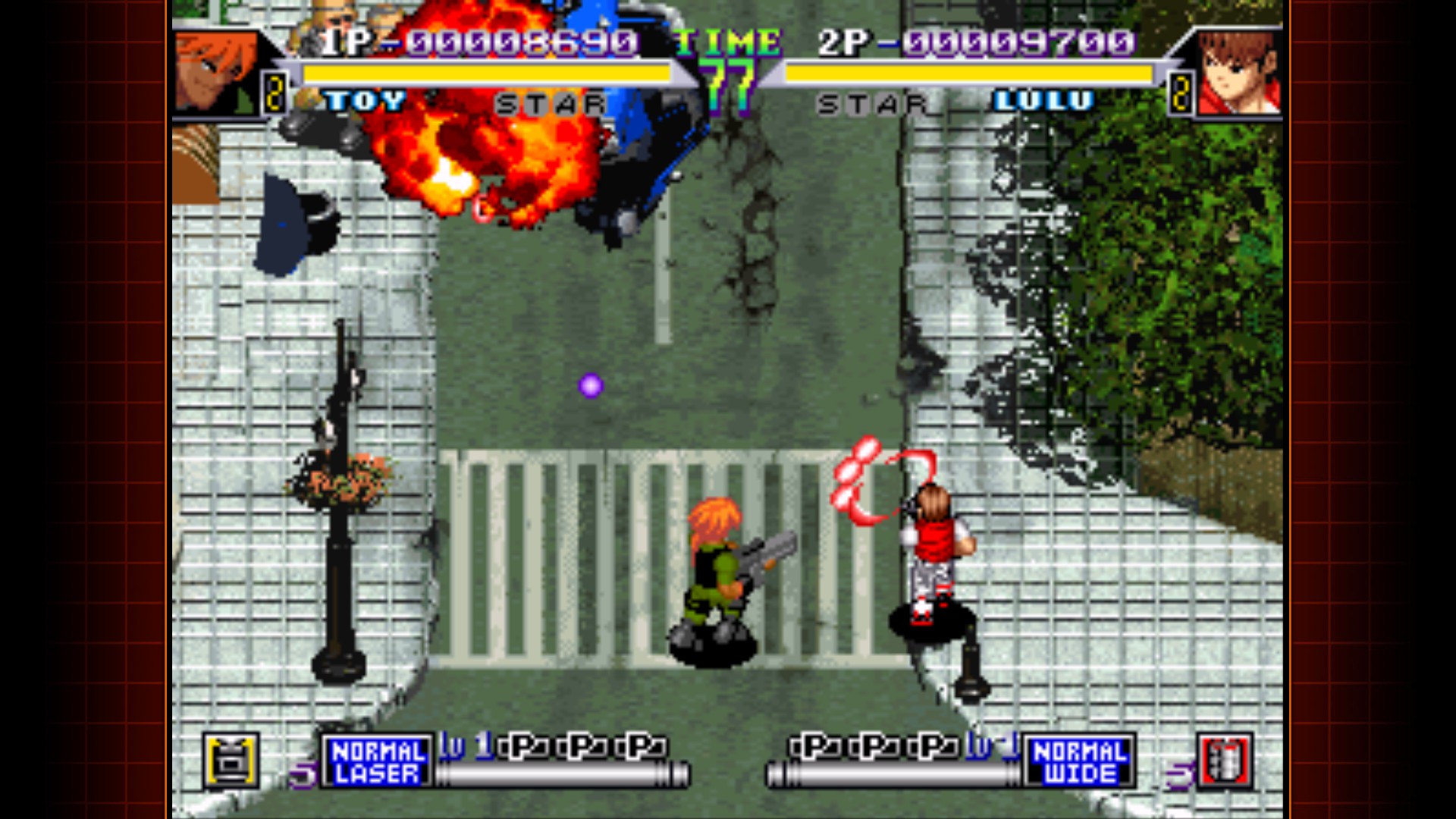 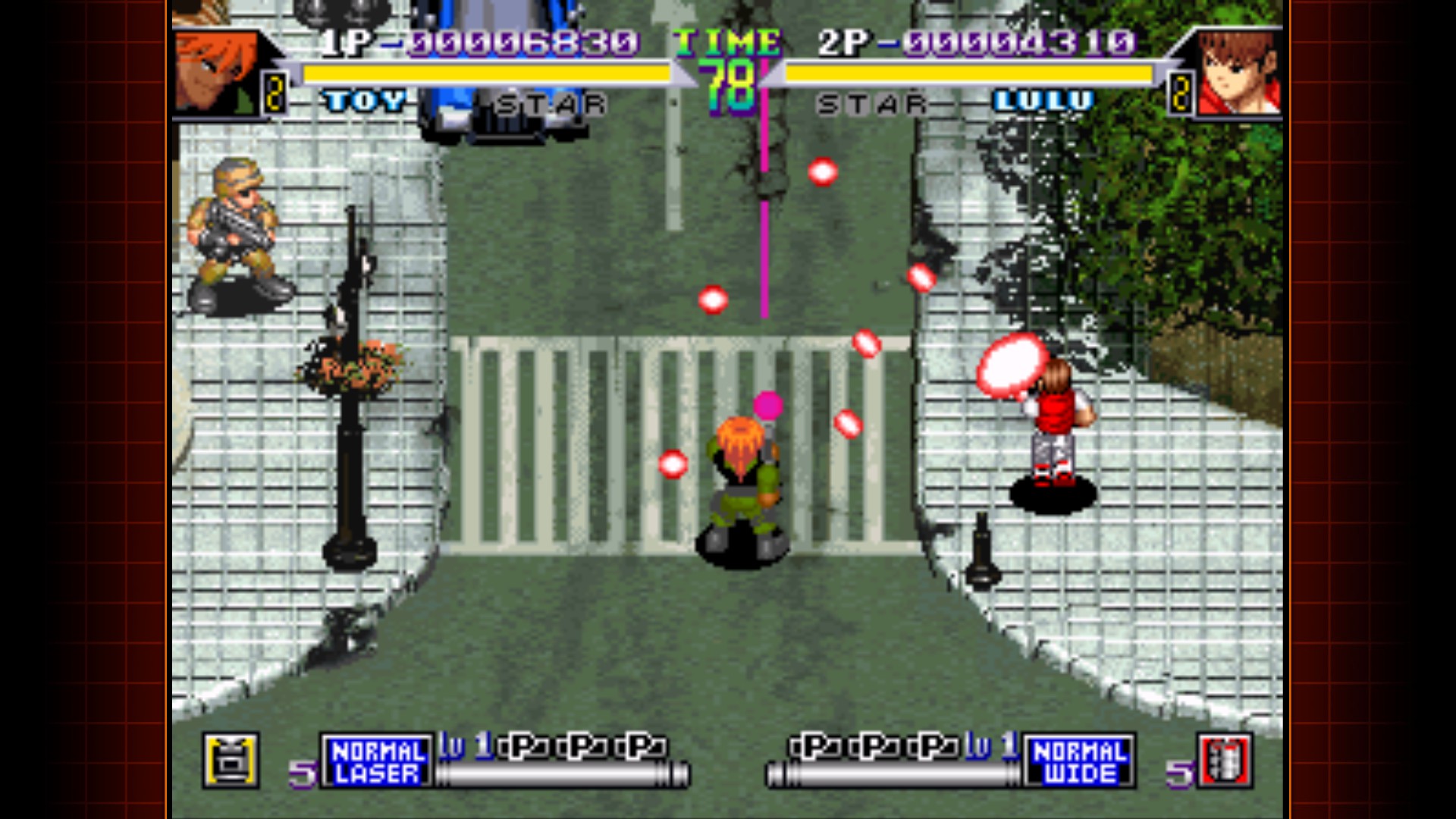 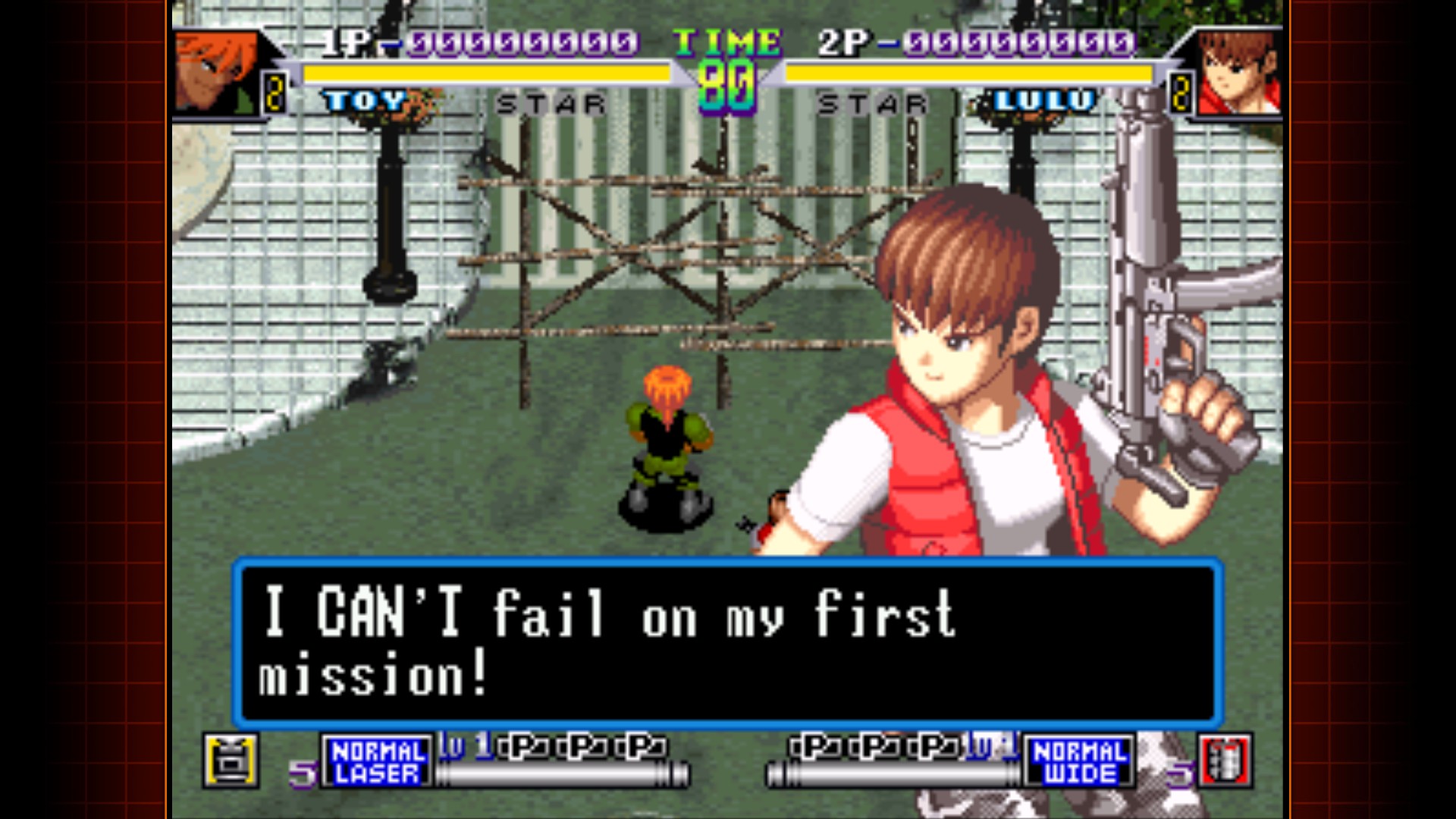 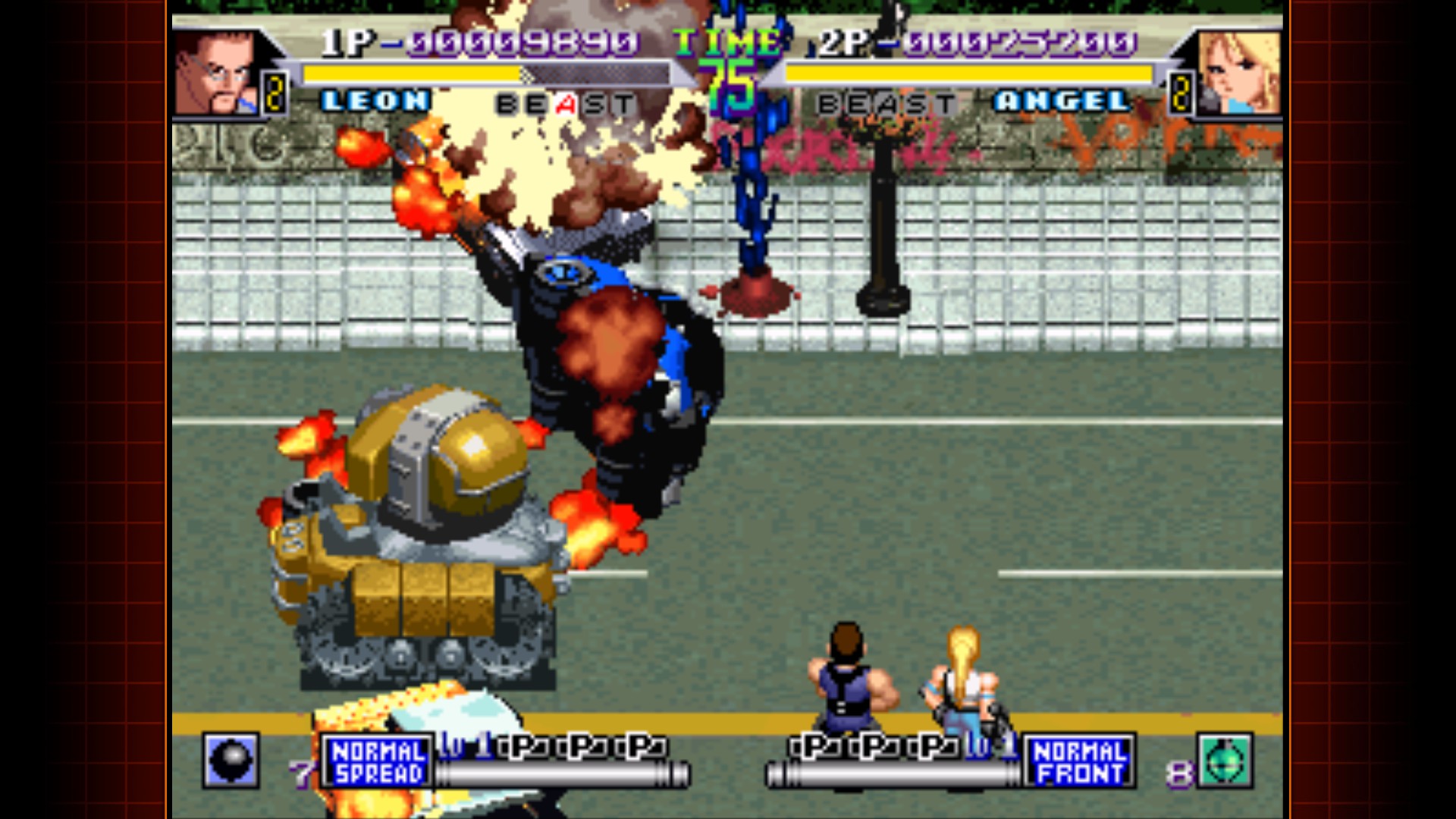 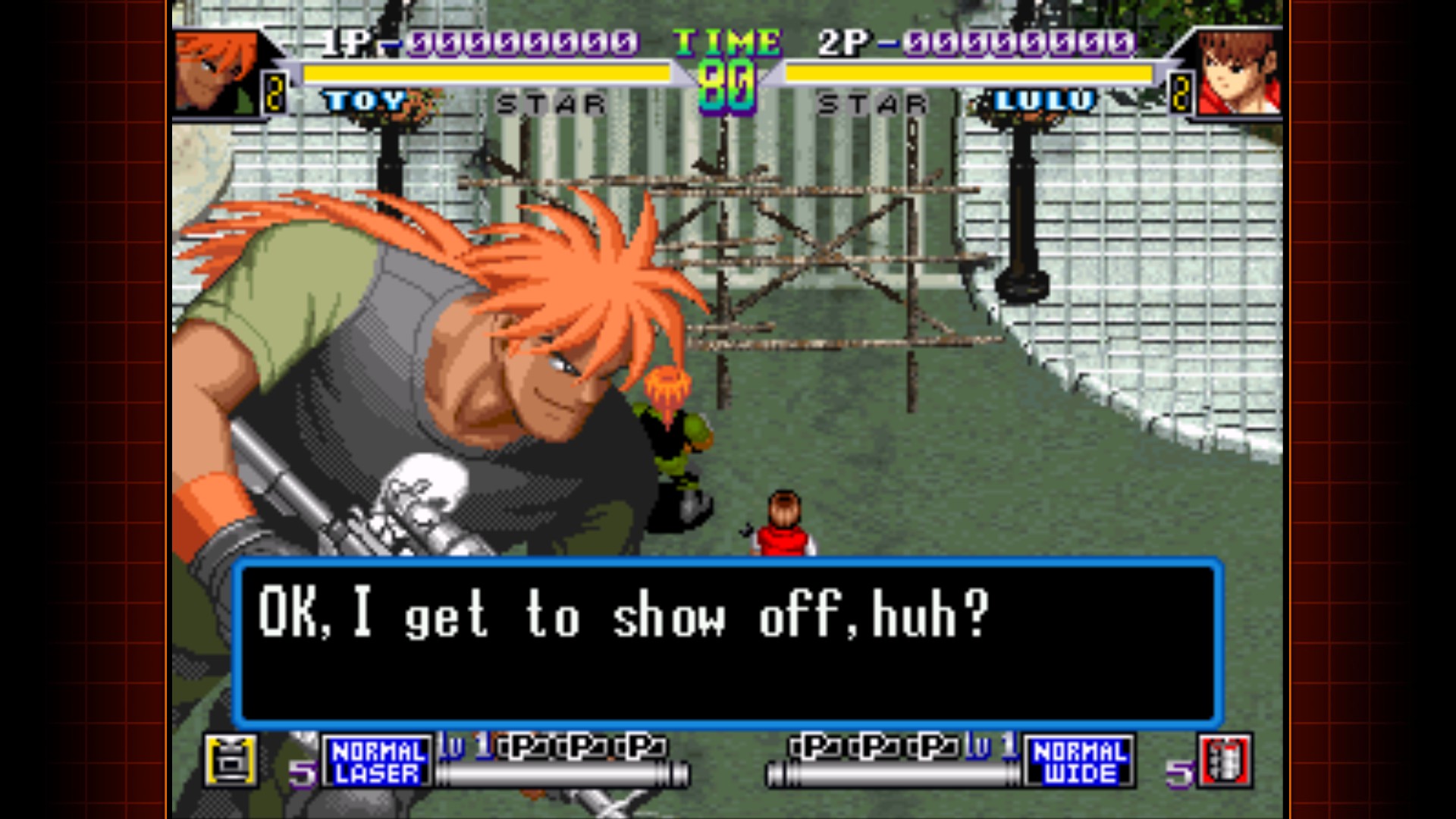 “SHOCK TROOPERS 2nd Squad”, the sequel to the NEOGEO fan favorite 2D action shooting game, returns to the missions on the Steam battlefield!
Progress through the bullet hell, and put a stop to DIO´s evil plans!MAIN FEATURES?ARCADE: Pick up one of the four mercenary characters available, and fight your way through the bullet hell to put a stop to DIO, a terrorist organization who is threatening the world´s leaders to submit to their will.?MULTIPLAYER: Connect to Steam and clear missions with a brother-in-arms far away via the Online Co-Op Play feature.
Engage with a fellow countryman or foreign ally, and try to eradicate the terrorist threat known as “DIO”!?LEADERBOARDS: Check your current rank & score in “SHOCK TROOPERS 2nd Squad” at any time, as well as those of your friends and other top troopers!?SETTINGS: Configure all types of video options, controls and volume sound settings to your preference for the most pleasant “SHOCK TROOPERS 2nd Squad” experience ever.
*The language display can be chosen and changed at any time from the "language" tab in Properties.** WILL NOT RUN ON Windows XP **