The collapse of civilization season 2. 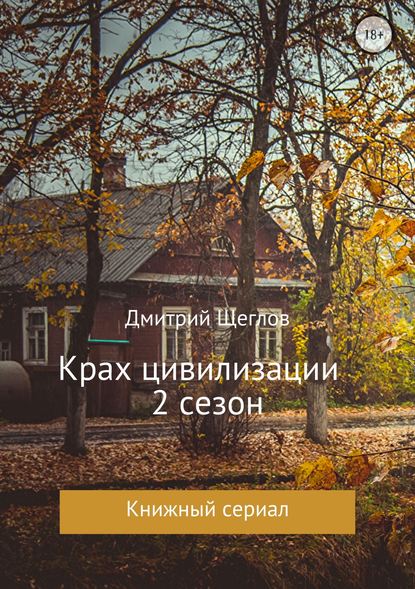 AlexNeo information about the seller and his items
offlineAsk a question

the Kruglovs are waiting for even more severe and terrible trials. Now they have to learn to live and survive in a world that has changed forever. Ahead of them waiting for unexpected losses, new acquaintances.
Kruglov in a hurry had to leave his beloved city, the "flu virus" destroyed it. Now their only hope of surviving is to get to the village where grandmother and grandfather live. But can a family overcome a distance of one hundred and fifty kilometers along a road full of danger and obscurity and what awaits them in the village itself?

“At this time, a black BMW rushed past their car. It began to rain, and the sun was almost gone, my father had to turn on the lights. On the road it was somehow deserted, but already after the next turn there was a traffic jam, because not a single Kruglov leave. There were at least twenty cars ahead, but the black BMW was not visible anywhere. Apparently she managed to somehow slip through. Some went round the traffic jam on the side of the road, since there were only fields there. My father, without thinking for a long time, also decided to go round, the truth is that he was not a passenger car that complicated the task. But he did not hesitate to turn off the road, without saying a word. After that incident in the hotel, he never spoke, it already became frightening. After traveling around the traffic jam, they realized that they were hindering the movement. On the road a terrible drama unfolded. Right in the middle of the road, a KAMAZ was turned upside down, and a black BMW stood on the side of the road, with a black BMW completely broken and crumpled in front, Kruglov recognized the car that had overtaken their car a few minutes earlier ... "

From the author. I came up with my own book series genre. I wish you all a pleasant reading !

Related to item "The collapse of civilization season 2.":

The collapse of civilization season 1