Throne of Lies The Online Game of Deceit [STEAM KEY] 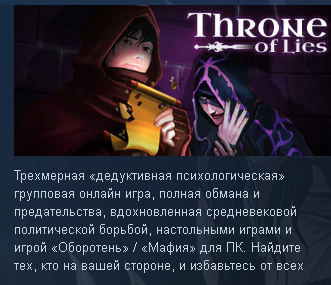 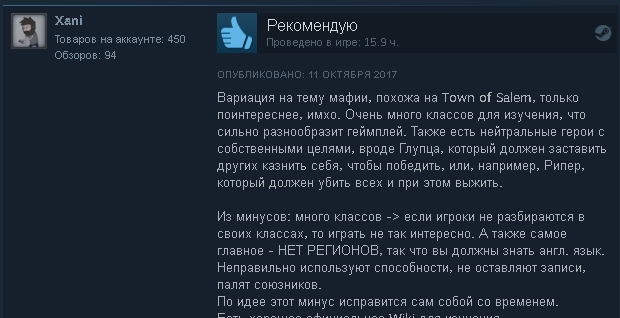 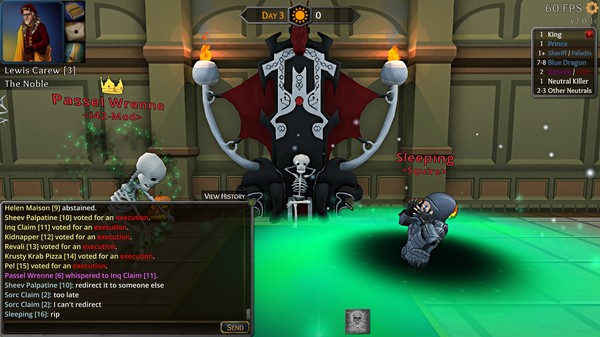 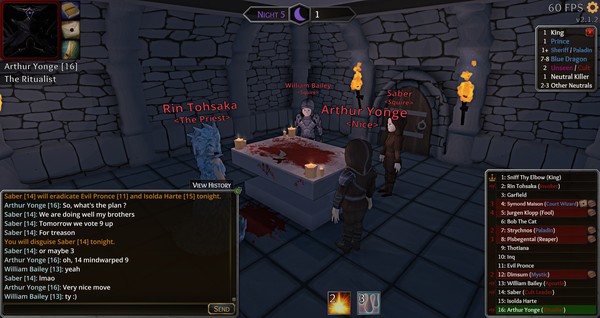 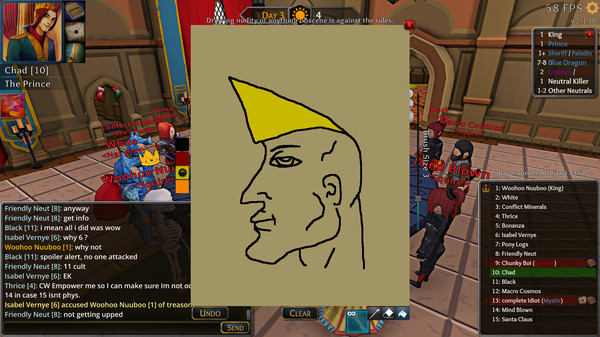 vira415 information about the seller and his items
offlineAsk a question

The throne of lies is a three-dimensional deductive psychological online game for a group of players, based on the medieval political struggle, board games and the game direction created by the game Werewolf / Mafia (1986).

In a party of 16 players, each player is assigned a class and faction - none of the players know this information about other players, but you know for sure that among you there are traitors who are trying to kill you. Your goal is simple: Find those on your side and get rid of everyone else.

With several abilities from more than 100 available, belonging to one of 35+ classes and entering one of 4 factions, live the day / night phases (with a unique ability for each night) in a game where the mind is more important than any abilities. During the night phase, the "villains" must commit the murder, and the "good" characters must investigate the evidence and find the killer. During the daytime phase, “good” characters accuse treason and, after voting, execute the culprit, while the “villains” manipulate the evidence in order to expose the innocent and avert suspicion from themselves!

Who to believe? Your life depends on this choice.

Key features of the game:
Ability to use psychological manipulations - Redirect the player’s conversation to the dead, instead of the living ones, silence him, loop his words.
The system of recruitment and treatment in your faction - Force someone to change the faction, change the class, going to the "dark side" with other abilities.
The system of the king and the aristocrats - Which of the players is the king is known to all, but to which faction he belongs, remains a mystery. When the king is killed, try to take his place.
Your own armor, weapons and even aura - The type of execution depends on the weapons you have.

1. You need to download and install Steam http://store.steampowered.com/ (if not already installed)
2. Register a new account on Steam or go to an existing one.
3. Go to the "Games" section and select "Activate on Steam", enter the key.
4. The game after activation appear in the library of games and you can download it from Steam.
5. Enjoy the game.

Related to item "Throne of Lies The Online Game of Deceit [STEAM KEY]":