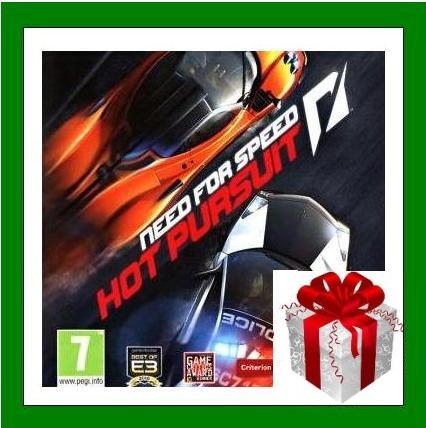 @MediaSoft information about the seller and his items
onlineAsk a question

After payment you will immediately receive a license key to activate the game Need for Speed Hot Pursuit in the Origin system and the inclusion of all network functions in the game.

Every fan of simulators in the «Racing» style is very pleased to continue the release of the popular worldwide game «Need For Speed» Need for Speed: Hot Pursuit. The new part is called «Hot Pursuit». It is full of a variety of innovations that are sure to get the highest score of all the virtual riders. At the same time, «Hot Pursuit» retained inherent in previous installments «NFS» flavor that enhances the level of adrenaline in the blood players. They are waiting for the race fast, exciting chase and the possibility of playing in multiplayer mode.

Developers «Hot Pursuit» have reserved for players many unexpected, but nice innovations. I must say that none of them or slightly spoil the overall impression of the game. On the contrary, some of the new "chips" are so good, that certainly will contribute to the growth of the number of the army of fans of this immortal game series. There is hardly a player who would not like the changes implemented by developers.

In the first place in the Need for Speed: Hot Pursuit, the changes have affected the game space itself. Players no longer have to travel through the streets of big cities. Racing on anonymous megacities are in the past! Now all the events of Need for Speed: Hot Pursuit will unfold in the world «Seacrest County», completely copied from the US state of California. In this world full of forests, steep mountain serpentines, beaches and deserts. The game world «Hot Pursuit» is not divided into separate levels, as it was before. Now it is gradually loaded, which allows to arrange arrivals at a long distance.

Continuation of the series «Need For Speed» will give his admirers another new feature. In Need for Speed: Hot Pursuit, they will be able to play the role of the intruder, trying to escape from the pursuing police. Make it very difficult, because the order of the ministers have a large arsenal of various hardware, intended to complicate your life.