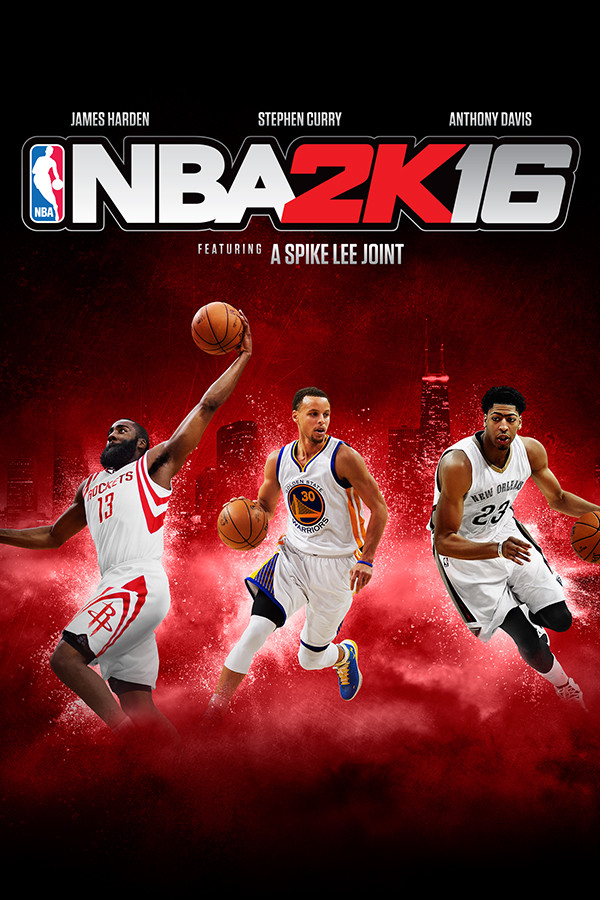 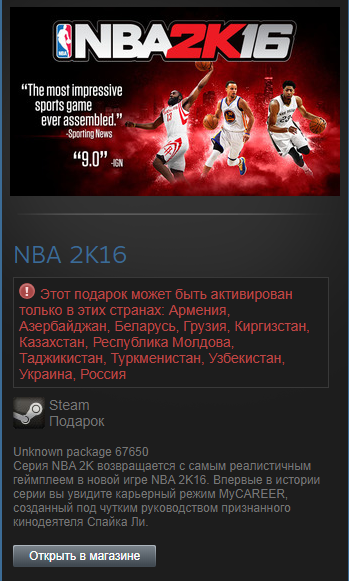 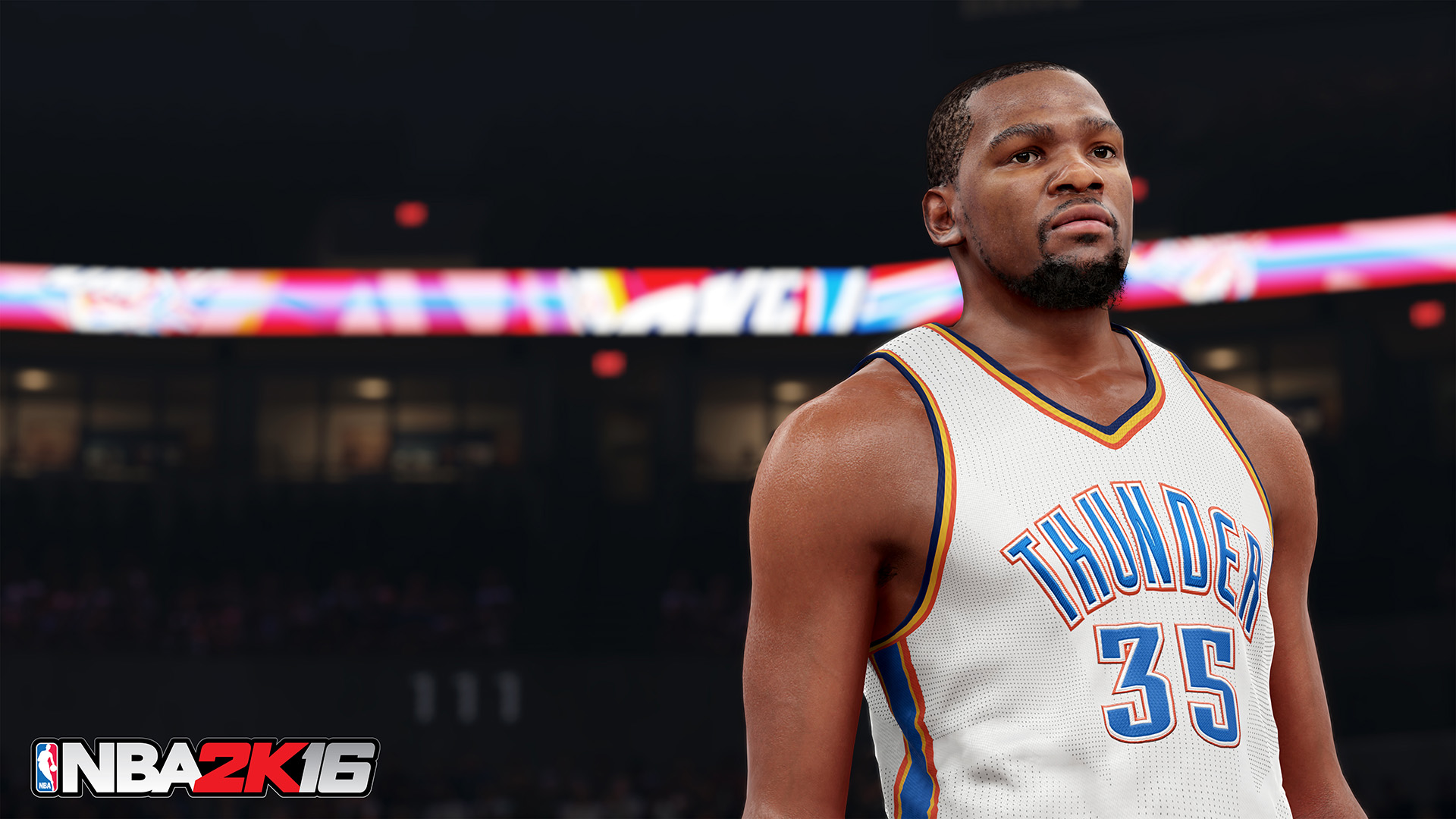 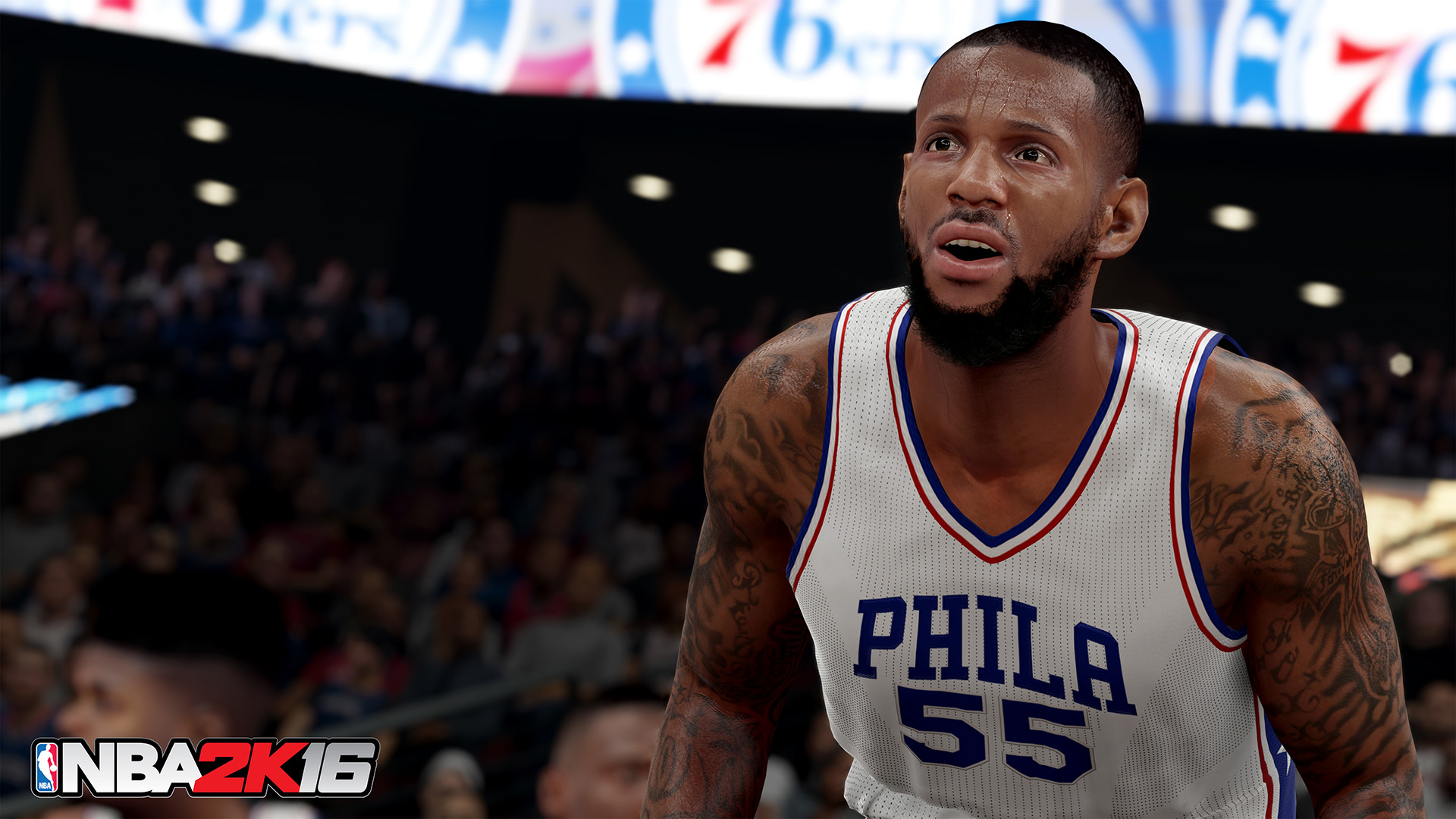 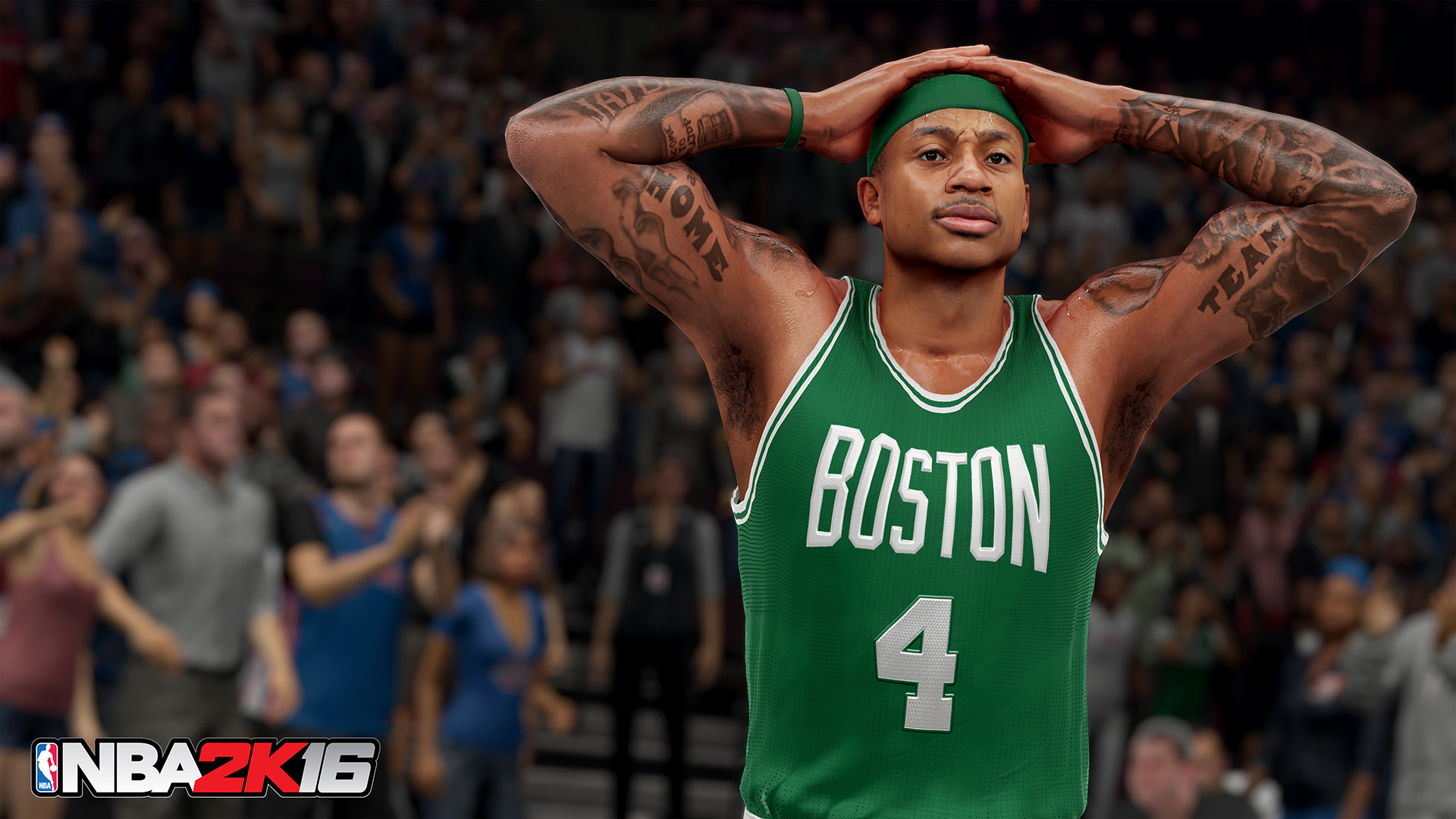 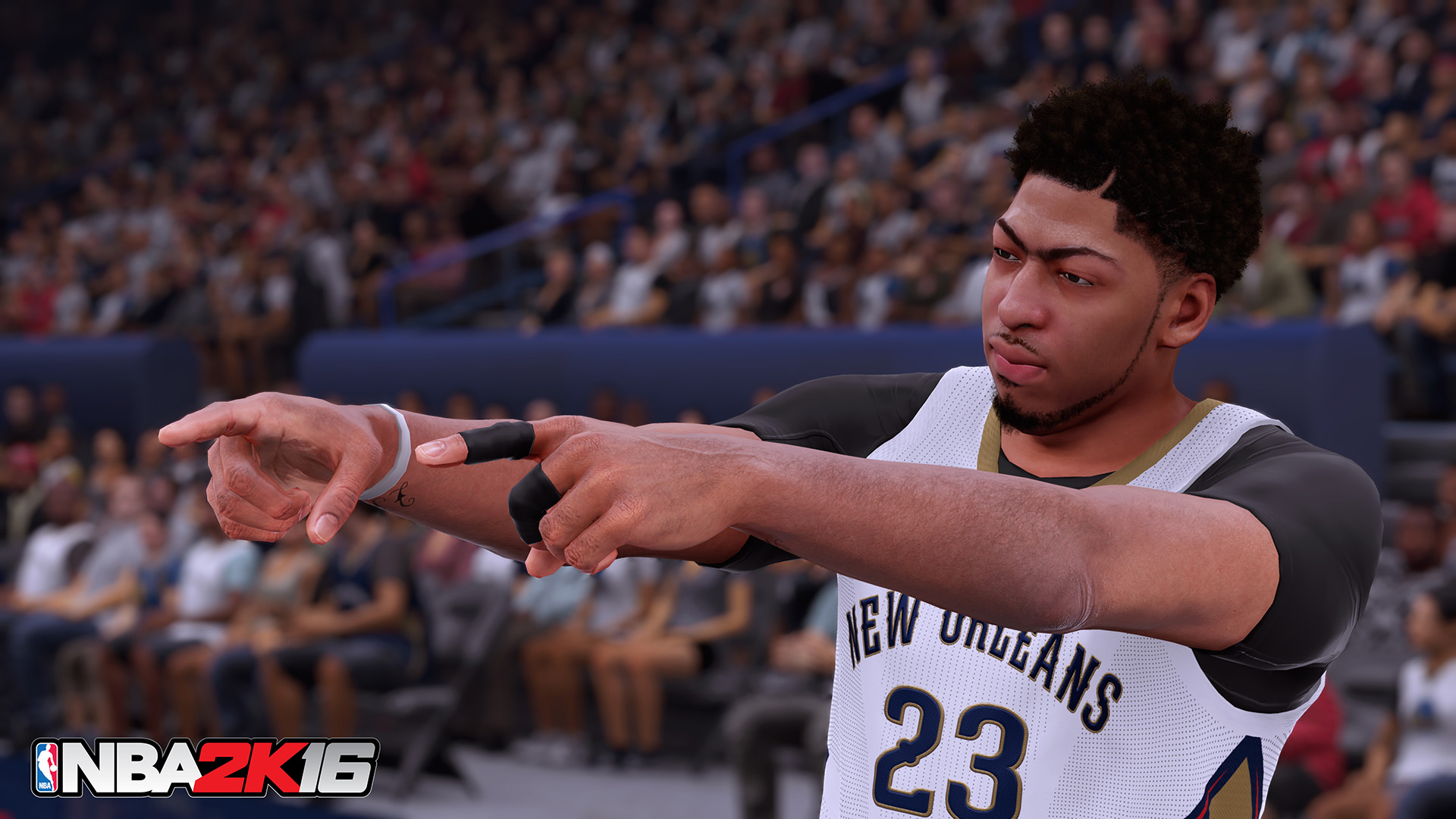 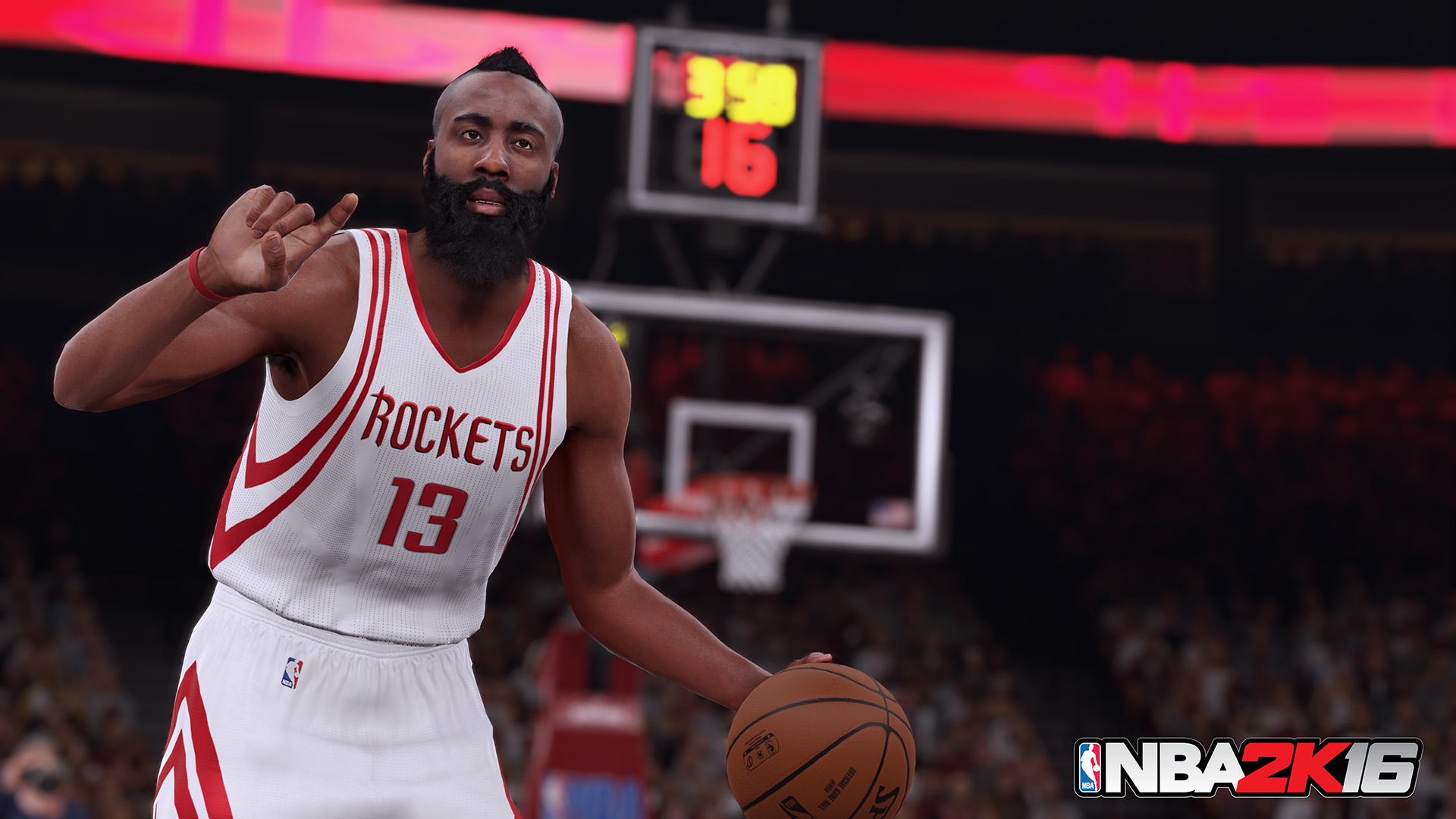 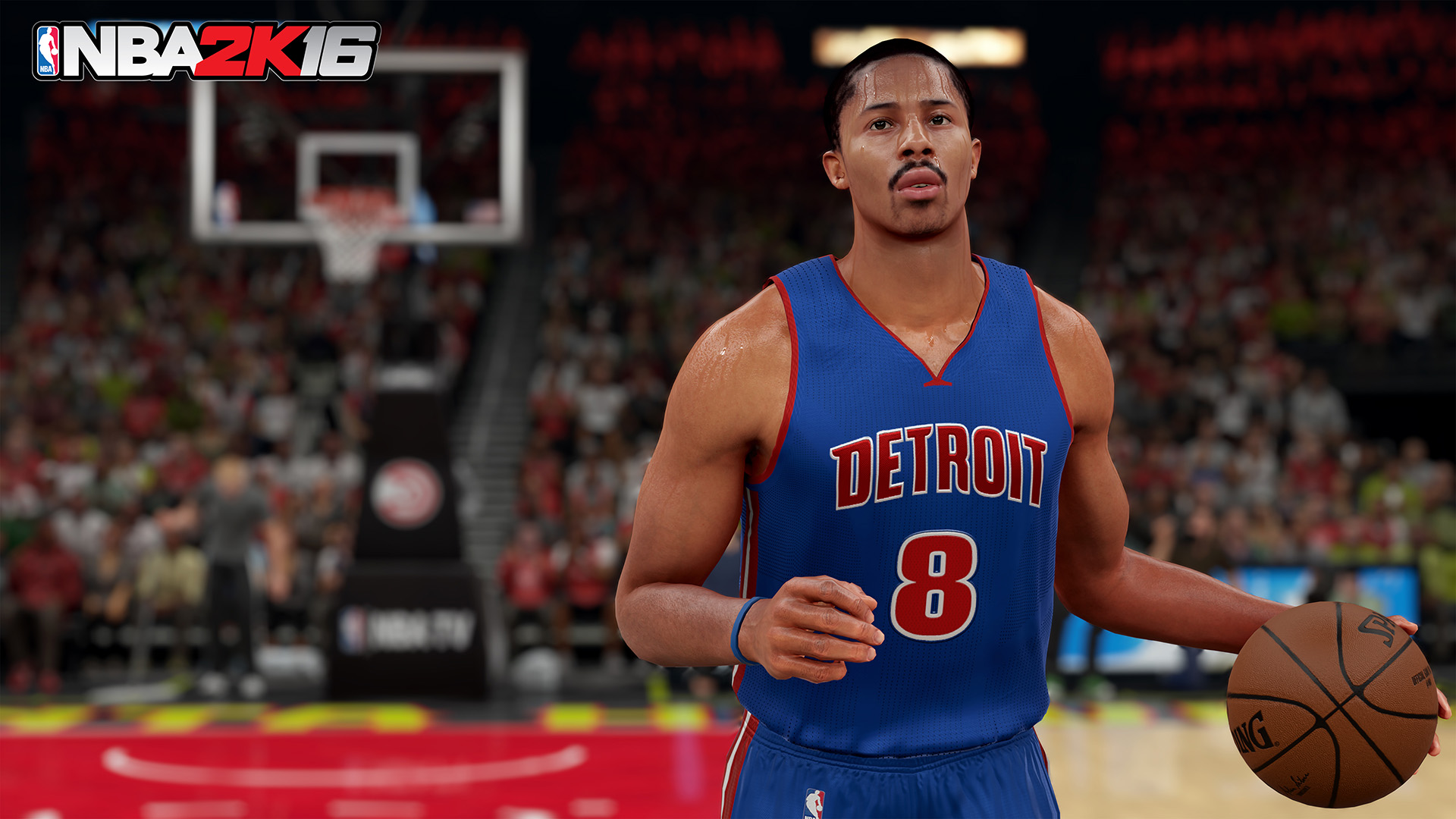 
The game has been removed from the Steam Store, hurry to buy it.

The NBA 2K series returns with the most realistic gameplay in the new NBA 2K16 game. For the first time in the history of the series, the MyCAREER career mode was introduced, created under the strict guidance of award-winning filmmaker Spike Lee. Lead your hero to the heights of NBA glory, manage an entire association, or hone your skills by competing against other players from around the world online. The new character animation system makes movements smoother and articulation more realistic than ever. Also included is a unique cover design featuring NBA stars Stephen Curry, Anthony Davis and James Harden. The new game will be a real treat for all basketball fans.
MyCAREER - A SPIKE LEE JOINT
Our most eventful first-person story to date, written and directed by Spike Lee. For the first time, you´ll be able to plan your weekend and earn extra materials using personal connections, advertising contracts and the latest training facilities.
2K Pro-Am
An innovative game mode that supports fully customizable teams and 5v5 tournaments streamed by NBA 2KTV. Team up with friends and create the perfect team with your own logos, uniforms and playgrounds, or join a team created by others.
IMPROVED GAME PROCESS
The new engine delivers thoughtful, ultra-realistic player movements, ball handling and player interactions to recreate the tense atmosphere of real basketball games.
PLAY ONLINE
Online matches are more important this year than ever. For the first time, your records will determine if you can progress to higher levels. As you gain experience, you will unlock the greatest NBA teams and be able to play as them.
FAMOUS DJs
DJ Khaled, DJ Mustard and DJ Premier have created our best-ever soundtrack for the game. We´ve prepared 50 dynamic tracks for you, divided into 5 playlists, and an exclusive track from each of the DJs.
MODERN LEGENDS
Step onto the pitch with 12 new legendary teams, including some of the most renowned squads of the past 15 years.
MyPARK
Break your knees, cheat and become a street legend in three enhanced parks. Show off your games in new, live streamed matches.
MyTEAM
Collect NBA players past and present to create your dream team and fight for victory in one of five unique game modes. Experience the new 3v3 street mode - The Gauntlet, send your team into online battles in Road to the Playoffs mode, complete non-trivial tasks in Challenges mode, or compete with current or past NBA teams in Domination mode. Maps and game modes are dynamically updated throughout the season, making each game interesting.

Create your own league to your liking. For the first time, MyLEAGUE Online will allow you to create an online league with friends and players from all over the world. Play a season or stay on the rosters for 80 years. Almost every aspect of your league is completely under your control.