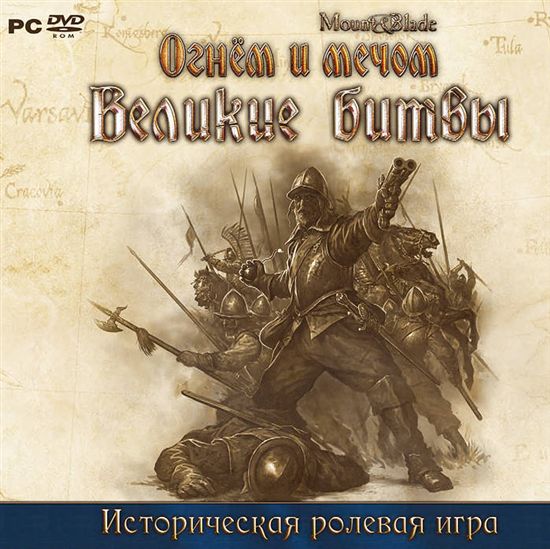 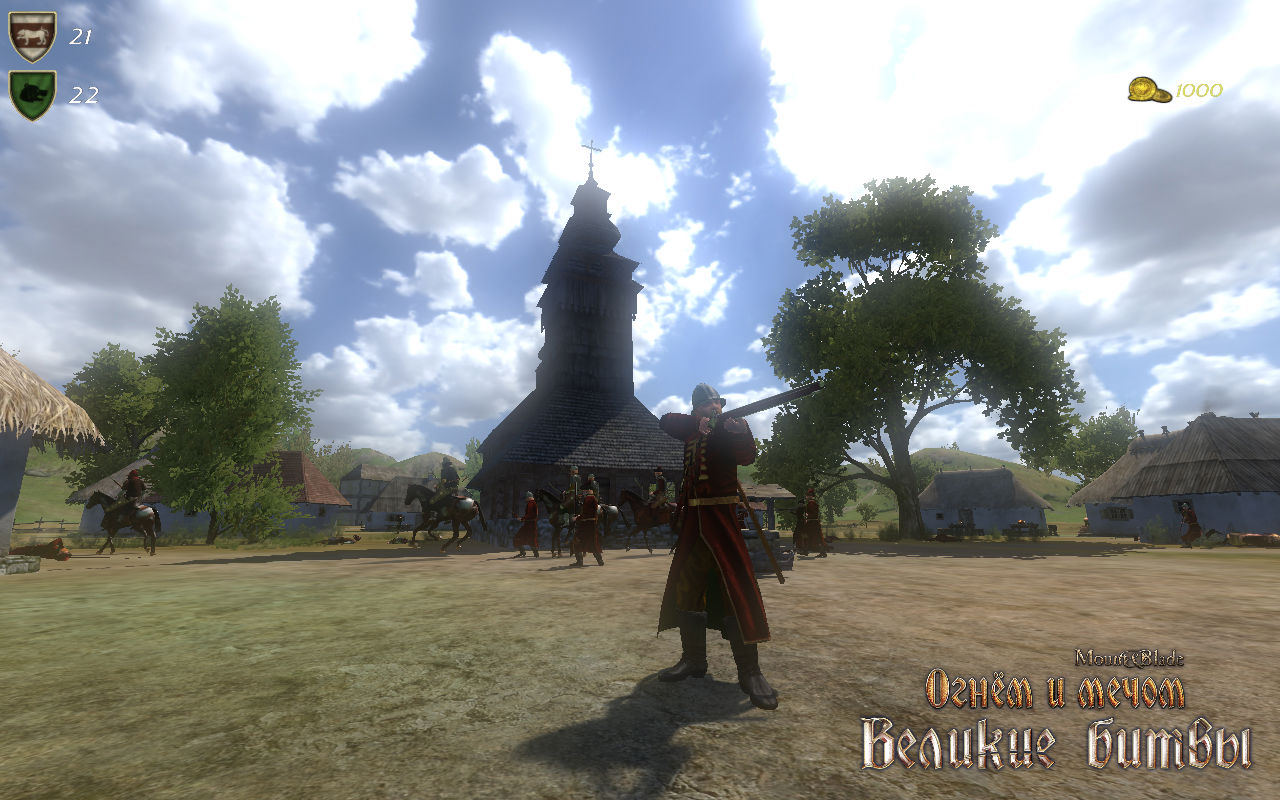 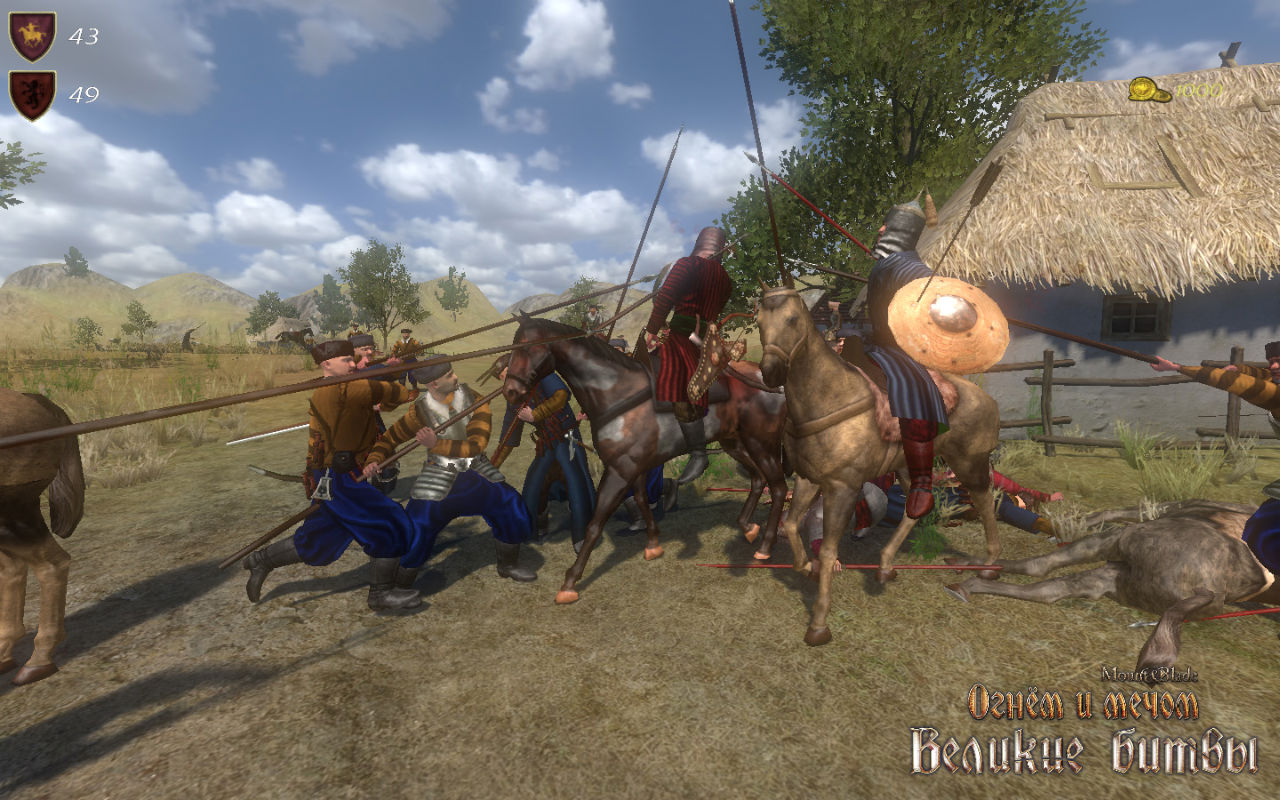 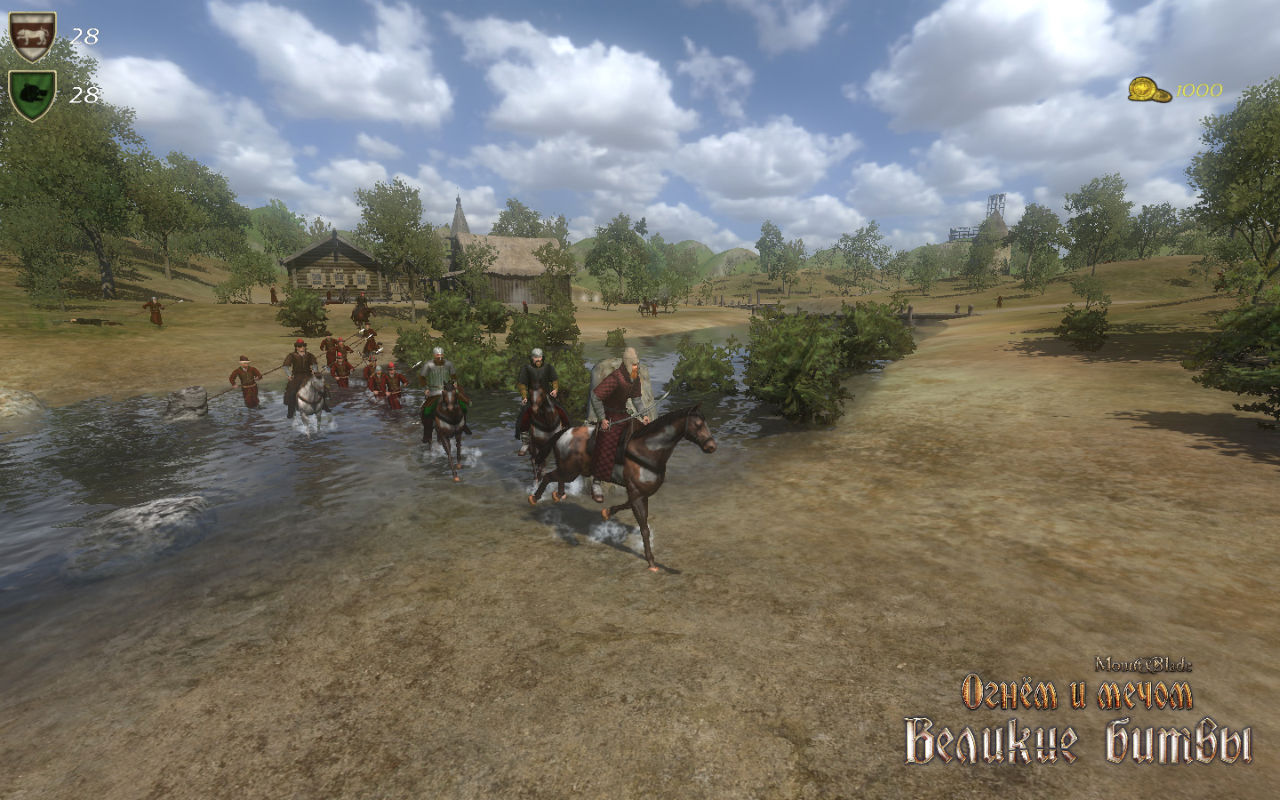 Attention! This platform game for GOG!

Buying the game «Mount & Blade: With Fire & Sword», you will get a license key activation platform GOG immediately after the payment. All the keys from the official distributor.
Also available all network modes.

In addition, you get bonuses for the game:

- User guide.
- Set wallpaper from the game to your desktop.

The new project of the popular role-playing series - the only one in which it is possible to lead the cavalry charge and, at full gallop wedged into the enemy system, to cut straight from the shoulder of the enemy - Mount & Blade is a modern visual incarnation.

Fans of the series can once again go back to the XVII century Eastern Europe to enter into a brutal struggle for power, and gathered under the banners of desperate soldiers, lance, sword and musket conquer the Russian throne!

Significantly improved graphics - weapons and armor of warriors, horses fighting equipment, buildings and landscapes - the entire game world designed to the smallest detail. Never before Mount & Blade does not look so great!

Huge cards for online battles for up to two hundred players, as well as a large arsenal of firearms permit to simulate any historical battle of the XVII century.

New unique online mode of "Captains" in which victory is determined not only personal combat skills, but the ability to control the squad and think tactically.

Warning: the first time after the release, the Windows 10 will receive a set of updated drivers and the system itself, which may affect the compatibility of games with this operating system.

Download the digital version of the game in your personal account of the GOG service-website http://www.gog.com / Log in under your profile (if necessary, pre-register).
Activate the purchased key (click "Activate code"). After that, the distribution of the game will be available for download in the "Library" section.

You can also use the convenient GOG GALAXY client (similar to Steam) to download and install it.

You must first activate the key on the website http://www.gog.com, as indicated above.

You can download the GOG GALAXY client here: https://www.gog.com/galaxy
Launch GOG GALAXY. Log in under your profile (if necessary, pre-register).
After activating the key on the site http://www.gog.com, the game will appear in GOG GALAXY under "Library" -> "My Games".

At the initial stage of the installation of the game client through the GOG GALAXY, in the appropriate box, you will be prompted to select the languages - English or Russian. When you select the Russian language, the game is being installed only in Russian. If you wish to use any other language available in this game, select English. In this case, the game will be installed with all the other languages in addition to Russian (Chinese, German, English, Spanish, French, Polish, Turkish). Switching these languages, you can use the game launcher (file Launch Mount and Blade - With Fire and Sword.exe).

To play on the network requires a unique key that you received when purchasing (it also serves to activate the game on GOG). Normally, the key registers in the Windows registry at the first activation and the game on the network it is not required to enter. Obnako that you connect to the servers need to enter the key, and you do not remember it, it can be found at GOG service in your profile. Go to Radel "library" of your profile, select the game "Mount & Blade. With Fire and Sword. Great Battles", click on "More" and select - "serial number".


If you have problems, do not rush to put a negative feedback, please contact us and we will try to help you.