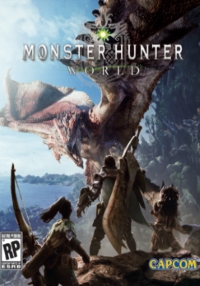 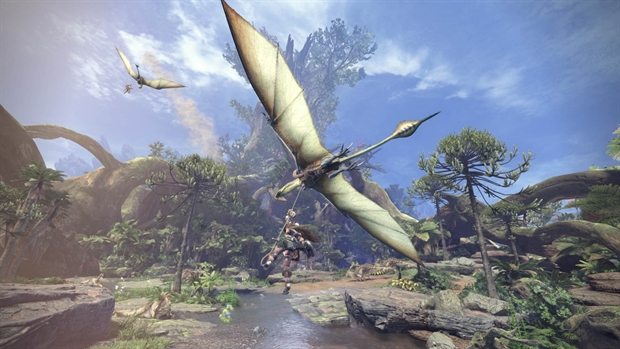 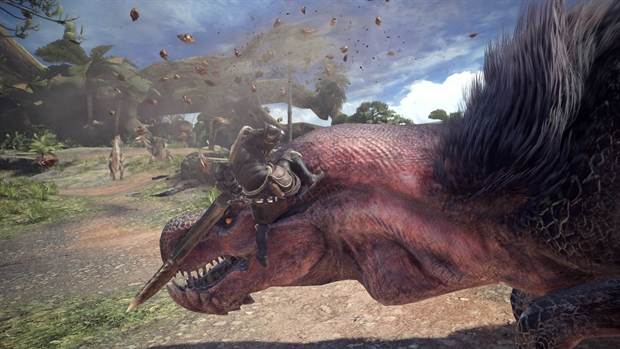 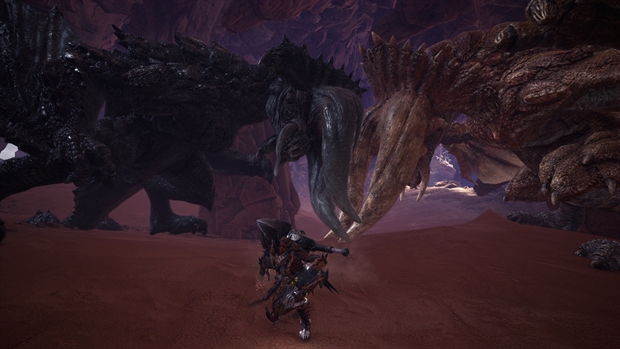 The Digital Deluxe Edition includes the following content:
Samurai Kit
Overhead armor sets change the appearance of equipment, but do not affect the characteristics. Put the samurai kit on top of your armor and become a Japanese warrior!
Note: the weapon is not included.

Sticker Pack: All Stars MH
Sticker pack: Well done steak
Funny stickers that you can use to chat with other players.

About this game
Welcome to the new world! Feel like a hunter, killing the fierce monsters in the boiling ecosystem of life, where any stone and any bug can give an advantage in battle. Hunt alone or in a company of up to three people, create new equipment from raw materials, extracted from defeated enemies, and challenge the largest and most dangerous creatures!

general information
Fight giant monsters in picturesque locations. Your task as a hunter is to hunt down monsters in their native habitat.
Defeat them and get the raw materials needed to create powerful weapons and strong armor, which will be useful in battle with even more dangerous creatures. Go for an unforgettable hunt in the Monster Hunter: World series, use any available tools and track down monsters in a new world full of surprises and vivid impressions.

Story
Once every ten years, ancient dragons cross the sea to get into the New World. In order to study the nature of this mysterious phenomenon, known as the flight of the Ancients, the guild equips a new full-scale research expedition to the New World. In search of a giant ancient dragon known as Dzor Magdaros, the expedition sends the Fifth Fleet, and one of the hunters is on the verge of an adventure that he could not even have dreamed of.

ECOSYSTEM
The world in which life is in full swing
The nature of the New World abounds in various forms of life, and each outing brings amazing discoveries.

HUNTING
A wide selection of weapons and an indispensable partner
Proper equipment will help you take a worthy place in the New World. Hunter arsenal
At your disposal are fourteen types of weapons, each of which is characterized by unique properties and attacks.
Some hunters learn to handle several types of weapons, while others prefer to hone skills with one.

The new world is mottled with traces of monsters like paw prints and scars.
Fireflies remember the smell of the monster and lead you to the nearest tracks.
Keep looking for traces, and the fireflies will give you even more information.

Self-shooting is an indispensable tool for any hunter, allowing you to arm yourself with stones and nuts that can be found everywhere.
The self-propeller has many uses from diverting maneuvers to making short paths, and its use opens up new original ways of hunting.
Special tools
Special tools temporarily activate powerful effects, and you can carry up to two tools at the same time.
To use them is very simple: just select and activate them, like any other object.

Paliko - loyal assistants of hunters, possessing a number of attacking, defensive and regenerating abilities.
Entering the Fifth Fleet is a great honor for the palicos, who are considered to be full members of the expedition along with other hunters.