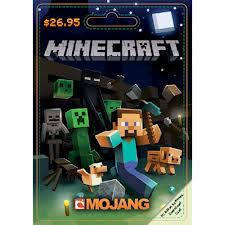 1keys information about the seller and his items
offlineAsk a question


After the purchase you get official key Minecraft


Minecraft (from the English. Mine craft - the letters. "Miner craft") - a computer game with a first-person (and possible third person view), in which everything is built from cubes, which interacts player (also built from cubes) .


maynkraft, minecraft, Minecraft maynkraftaV account for the whole world consists of cubes, even the sun, and even God! Cubes can destroy, extract, hack, collected in boxes, handicrafts have any utility. From the extracted materials to build whatever you want, everything is limited only by the imagination of the player.


The game also has the ability to create items. More peaceful animals running everywhere, and at night the hostile player monsters.

* Infinite world. Yet the world is generated by an open player in the game.

* The principles of the game to understand even a small child.