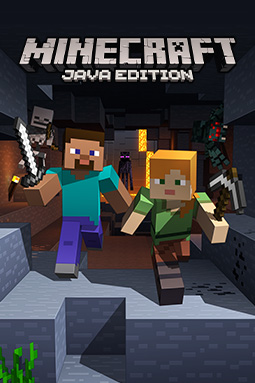 Minecraft (from the English mine "mine", "to mine" and the English craft "craft") - a computer game in the genre of sandbox with elements of survival and open world, developed by the Swedish programmer Markus Persson, also known as "Notch" and later released by the founded Persson by Mojang.

By style, the game world is entirely made up of blocks (terrain, items, mobs, player), and low-resolution textures (16x16 texels) are used for texturing. The game was conceived as a clone of Infiniminer, although Persson expressed a desire to simulate its gameplay as Dwarf Fortress.