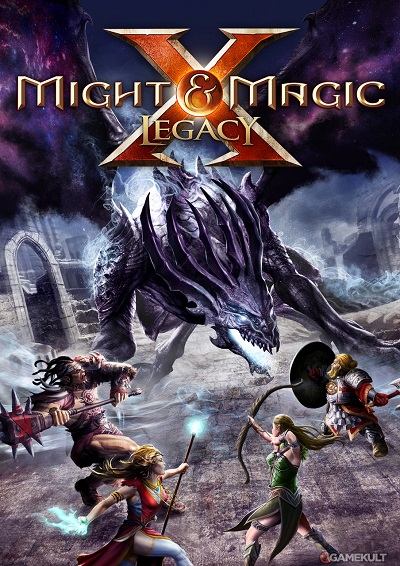 
Every second buyer (in random order) of all our products leave positive feedback - receiving one of more than 40 different games to Steam. What? This you know, when you get your gift in the mail.
It can be activated in the "Steam".

Subscribe present case within 48 hours after writing a comment.
Warning Gambling Review - You warrant that you have read all the conditions for a gift, and if something is not clear - ask.

CAUTION The key can not be activated on Steam and Origin.

A decade later, a series of role-playing game Might & Magic back, having undergone a fundamental change of gameplay and exciting new features. Of course, this is the best role-playing game in the genre! After the stupendous events Might & Magic Heroes VI you will have many adventures in the company of four heroes. You will enjoy the whirlpool of political intrigue, played in Kartal and its surroundings. For power in the city, ready to declare its independence, fighting several factions. The fate of the city depends on you! Might & Magic X: Legacy - is an adventure for a single player in the tradition of the classic RPG from the first person. Create a squad from scratch, swipe it across a huge open world, fight powerful creatures of the ancient fairy magic treasure.

Features:
- Immerse yourself in the classic atmosphere of Might & Magic: re-open the series, determined the development of role-playing games in the 80s of the last century! Classic, timeless, returned after eleven years of waiting. The game supports the traditions of the past, corresponding to all the standards of modern games. The game is over the old school to the new rules!
- Create your own squad: Lead a team of four heroes, each of which may belong to one of the four races. The game is available twelve character classes with unique systems development. You are waiting for thousands of combinations!
- Develop your tactics in turn-based battles you will go face to face with a variety of enemies and unique bosses. Perform a job, develop unit capabilities, produced new artifacts.
- Open a new part: explore Agin Peninsula, a whole new area of \u200b\u200bthe Universe Might & Magic, which has not yet gone before the noble heroes. Epic landscapes and local residents will not fail to surprise you ...
- Explore the whole world: Crawl through dangerous dungeons and labyrinths of the ancient city, full of traps and solve challenging puzzles, over which have pretty smash his head. But beware! After all, you never know who is lurking around the corner ...
- Create modify and share with your friends: You can create and present to the community its own history and tasks. This is your chance to make history!

This product is distributed through the digital distribution, it represents the only pin and does not contain any packages and boxes.

Instructions on how to activate the key:

Activation of the game is through Ubi.com