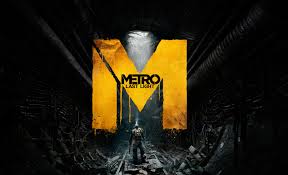 Togor information about the seller and his items
offlineAsk a question

Immediately after payment you get the key of the game Metro 2033: Ray of Hope to activate on Steam!

This key can only be activated on the territory of Russia and the CIS countries, we are not responsible for the activation of the key in other countries!

Deep under the ruins of post-apocalyptic Moscow, in the collapsing subway tunnels, the remnants of humanity are fighting for survival. Hordes of mutants storming the last shelters of survivors.
But instead of uniting, the metro stations were divided into warring factions that fight each other for control of the metro. Under the ground, a real civil war began that could erase humanity from the face of the earth.
You are Artem, and you have the key to the survival of humanity - the last ray of light in this dark time ...

• Exciting first person shooter Metro: Last Light - the long-awaited sequel to Metro 2033, which was warmly received by critics.
• Use numerous improvised weapons against humans and mutants in battle, or quietly kill your enemies under cover of darkness.
• Immerse yourself in the post-apocalyptic world of the Moscow metro - one of the most exciting worlds ever created by man.
• Fight for every bullet in this beautiful mix of first-person shooter and horror.
• The technology of the new generation shakes elaborated lighting and game physics.

• Set the Steam client if they do not exist.
• Log in to your Steam account or create one.
• Click on the tab "Games" and select "Activate via Steam».
• Enter the purchased activation key.
• After that, the game will appear in your library

We appreciate your positive feedback for us, it allows us to reduce the prices of our products and to be the best !!! Thanks You !!!